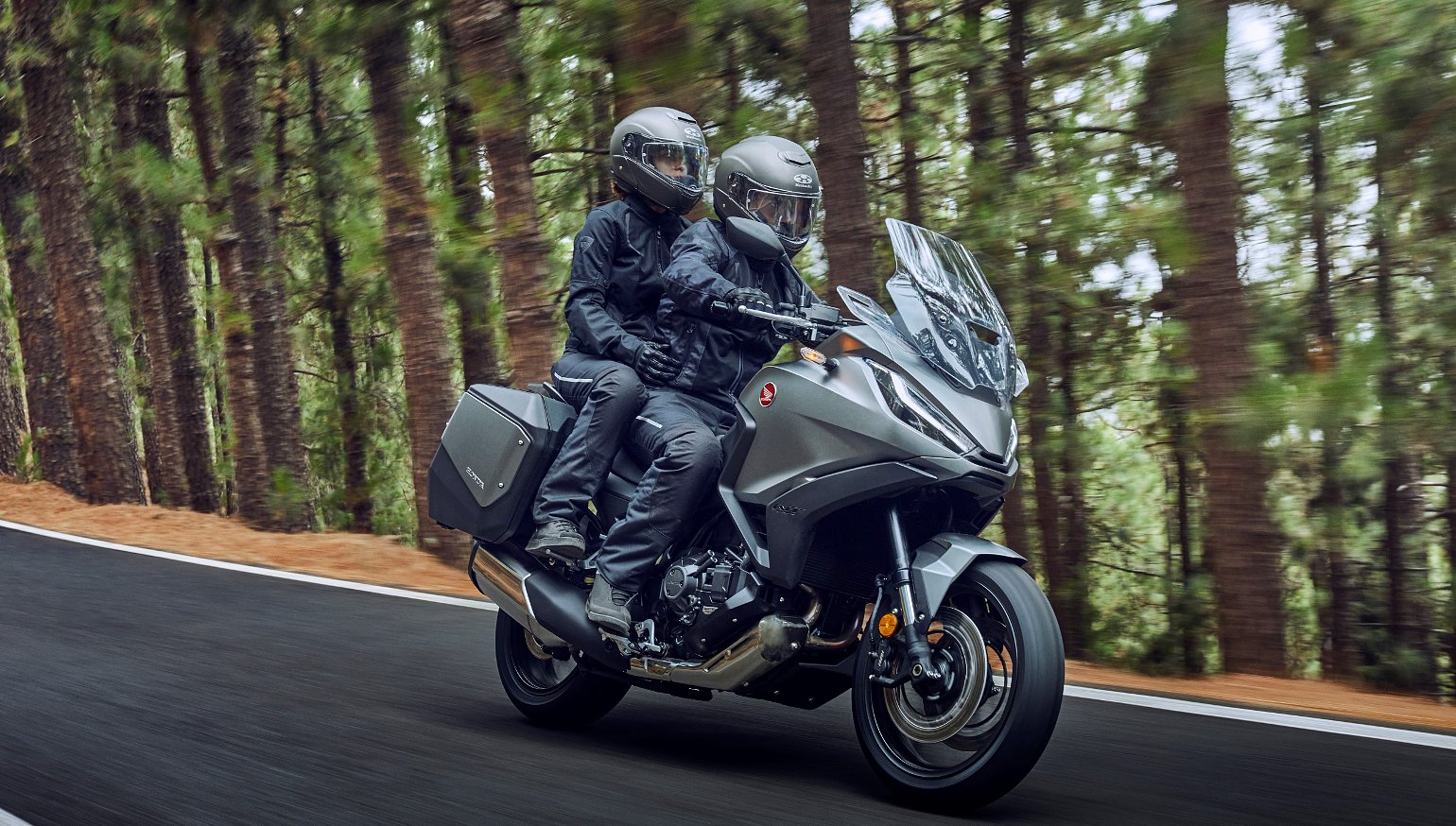 Honda Europe introduces NT1100 tourer. Will it come to the U.S.?

In the last episode of the Highside/Lowside podcast, Editor Lance pointed out that Honda’s lineup doesn’t offer a proper sport-tourer any more. That’s no longer the case, at least in Europe, with the introduction of the new NT1100.

No official word on U.S. availability yet, but if I were a betting man, I’d put my money on Big Red to bring this touring twin stateside in the near future.

Let’s take a closer look at this new model.

As you’d expect, the NT1100 is motivated by the 1,084 cc parallel twin from the CRF1100L Africa Twin and Rebel 1100. The NT also appears to have the same performance as the Africa Twin, with 100 horsepower and 77 foot-pounds of torque. Honda Europe claims a range of 400 kilometers, or nearly 250 miles, from its 5.4-gallon tank. Both manual and dual clutch six-speed transmissions will be available.

The steel frame, also lifted from the Africa Twin, is designed to handle a pillion and plenty of luggage. Seat height is 32.3 inches, which is two inches lower than the Africa Twin's seat.

Suspension is provided by a 43 mm Showa inverted fork and hydraulically adjustable rear shock. These aren’t the fancy electronically adjustable units found on other sport-tourers, like Kawasaki’s Versys 1000 SE LT+ or Yamaha's FJR1300ES, but the Honda should cost a bit less as a result.

The windscreen is adjustable to five positions, too. Side wind deflectors help minimize additional buffeting.

The 6.5-inch dash is lifted from the Africa Twin, which means a large TFT touchscreen up top, with a basic digital display below. Apple CarPlay and Android Auto come standard for all NT1100s. Three built-in ride modes (Urban, Rain and Tour) and two customizable “user” modes allow riders to change up the NT’s performance. Torque Control and Wheelie Control also come standard.

“At Honda we have a long tradition of catering for owners who desire a ‘traditional’ touring bike," says Koji Kiyono, Large Project Leader for the NT1100. "Our previous Pan European and Deauville models have enjoyed a very loyal following for many years. So, when it came time to design a new touring model, we wanted to produce something that would resonate — and appeal broadly — to these traditional touring bike customers... That’s why we’ve created our new NT1100, offering thoroughly modern engine performance, a fun-to-handle chassis, a suite of modern technology and completely fresh, distinctive styling."

The European NT1100 is available in Matte Iridium Grey Metallic, Pearl Glare White and Graphite Black. (Nothing but monochrome? Not even a token red option?) It’s priced below the base Africa Twin in Europe, so expect similar positioning (base U.S. MSRP on the Africa Twin is $14,399) if-slash-when it arrives in the United States. 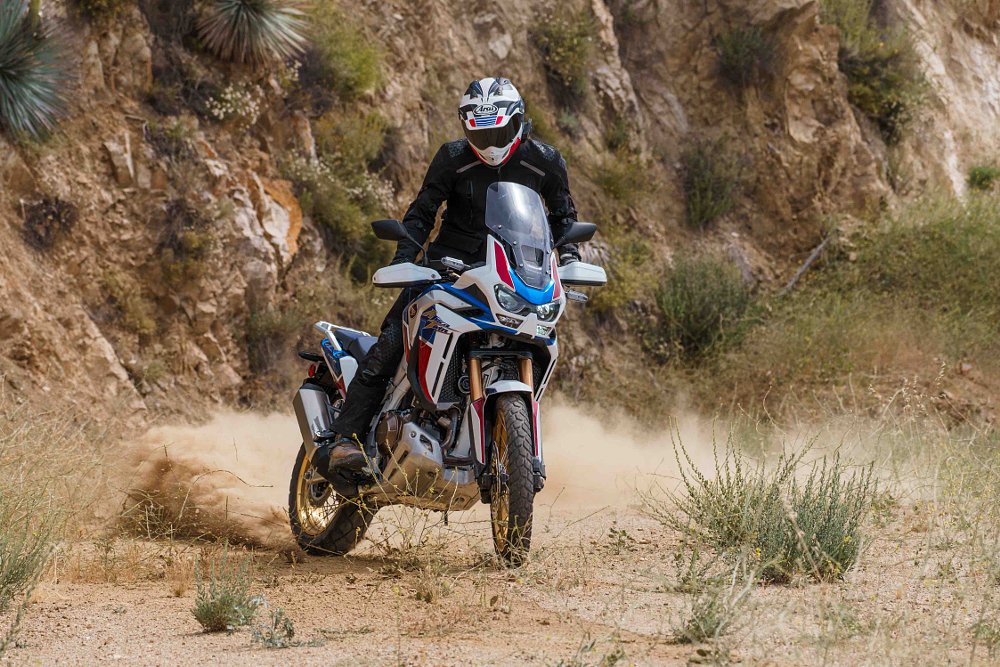 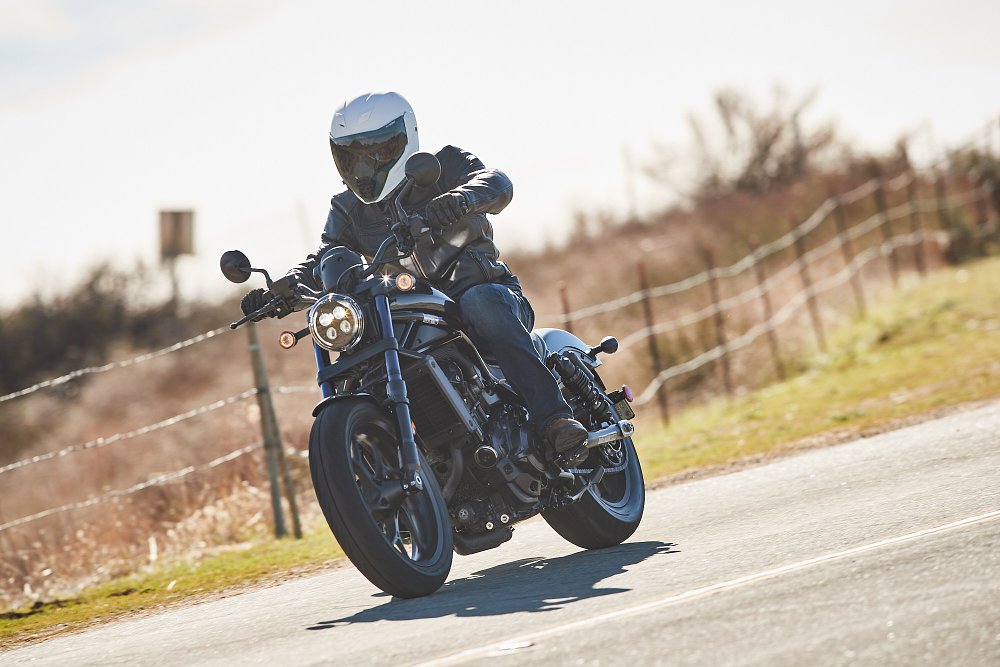