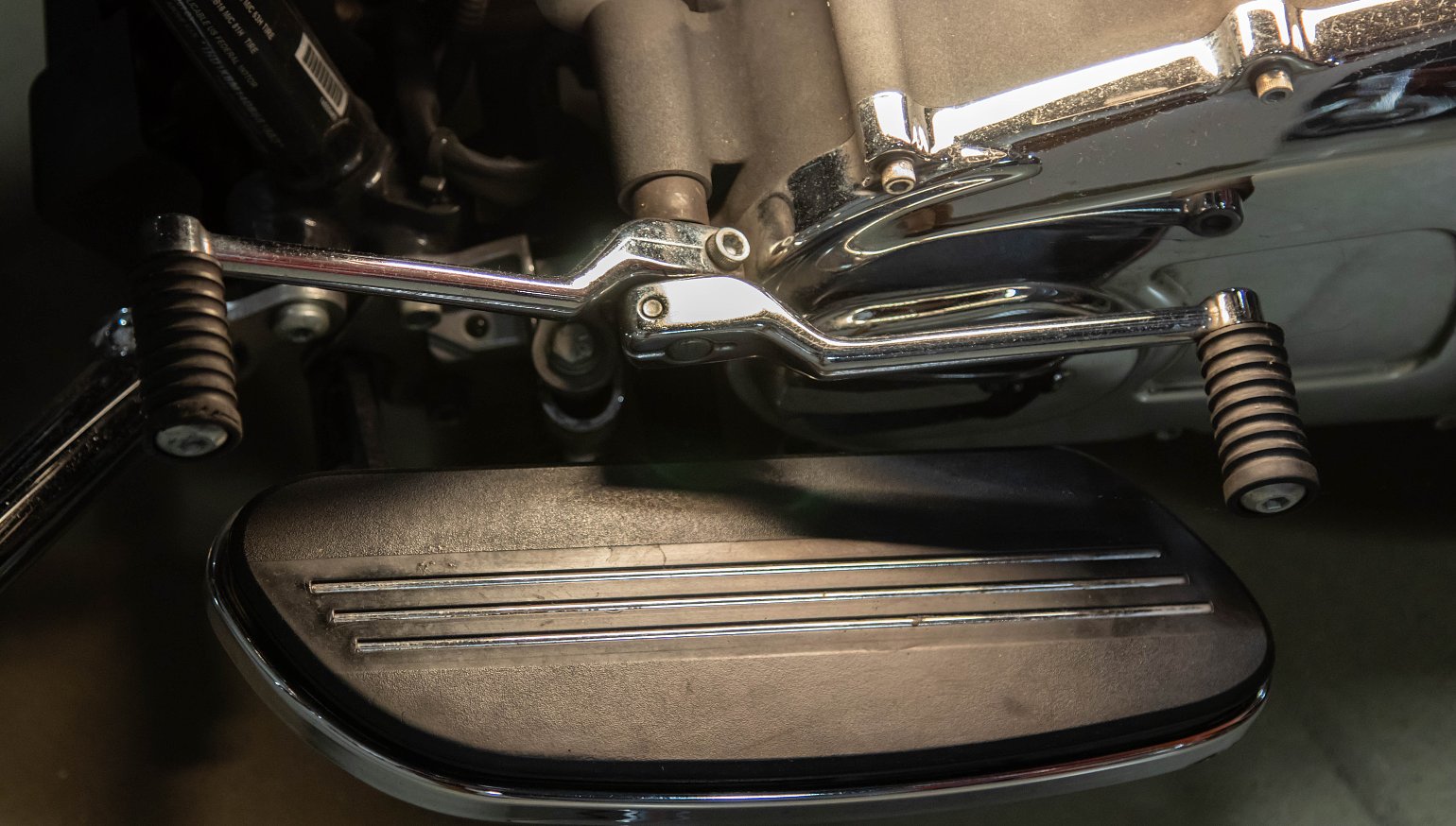 Has an eagle-eyed observer ever identified you as a motorcyclist by the scuff on top of your left boot?

Probably. Or maybe not if you have this thing.

Or if you have a heel shifter. If you have no idea what I am talking about, it’s likely your motorcycle has a toe shifter. But on some motorcycles, almost always bikes with footboards, there is sometimes a second lever tossed into play. A heel shifter looks like a reversed toe shift lever, extending to the rear of where your foot might rest. To upshift, you can simply tap down on the heel shifter to upshift, and tap down on the toe portion to downshift. This is possible because each lever rotates the shift shaft in different directions.

In 1952, Harley-Davidson introduced left-side foot shifting on its Big Twin series, which explains the heel shifter’s part number: 34692-52. As we’ve explored elsewhere, Harley may have cribbed some notes from the aftermarket to launch this newfangled way to bang gears. Most imports in America did not use a heel shifter, and the original Indian Motocycle never offered foot-shift machines.

Why? So riders didn’t scuff their boots. Are you a heel-shifter sort? I feel as though I’ve run the gamut with reactions to these. Some had no idea they existed. Some get it immediately, others need it explained. Some riders can’t imagine a touring bike without them, others take off the heel lever immediately.

On a personal note, I haven’t used them much myself for a few reasons. First, many of my motorcycles aren’t foot shift, rendering the part moot. Second, I prefer to leave my heel in place and pivot off it so much that it dictates the design of foot controls when building motorcycles. Lastly, footshifters always seem to be in my way. I like to change my position on footboards, especially on long rides, and a heel shifter can be remarkably constraining… you can’t move your heel backwards on the ‘boards.

The most important reason, however, is that I dress like a flood victim, and don’t actually own shoes nice enough to care about scuffs. Maybe some day. #lifegoals

I do like them on others’ bikes, though. It makes me happy to see this little Harley touch still rolling happily along all these years later. Indian doesn’t send their big bikes out with a heel shifter. (One is available, but they are not standard as they are on a bar-and-shield Tourer.) The heel shifter was, for a long time, a distinctly H-D part. (I suppose if we wanted to be nitpicky we could say maybe Indian shouldn’t have foot shifters at all, but that seems a little narrow-minded.) I’ve wondered if Indian does that as a nod to the past, or if they’ve just seen how many Harley riders take off the heel shifter. (So many, in fact, that Harley offers a little beauty cap for riders who do this.) Maybe it’s a cost-saving measure.

In any event, I’ll stab one occasionally when riding a press bike or the bike of a buddy, but it’s more of a novelty for me. I enjoy having the option, I suppose.

I am curious to trawl the comments section of this article, though, because feelings about these run really high and there is a good chance there is a reason to heel shift that I haven’t thought of. I’m also hoping to see a picture of footpegs and a heel toe setup; I feel like I never see that combo. 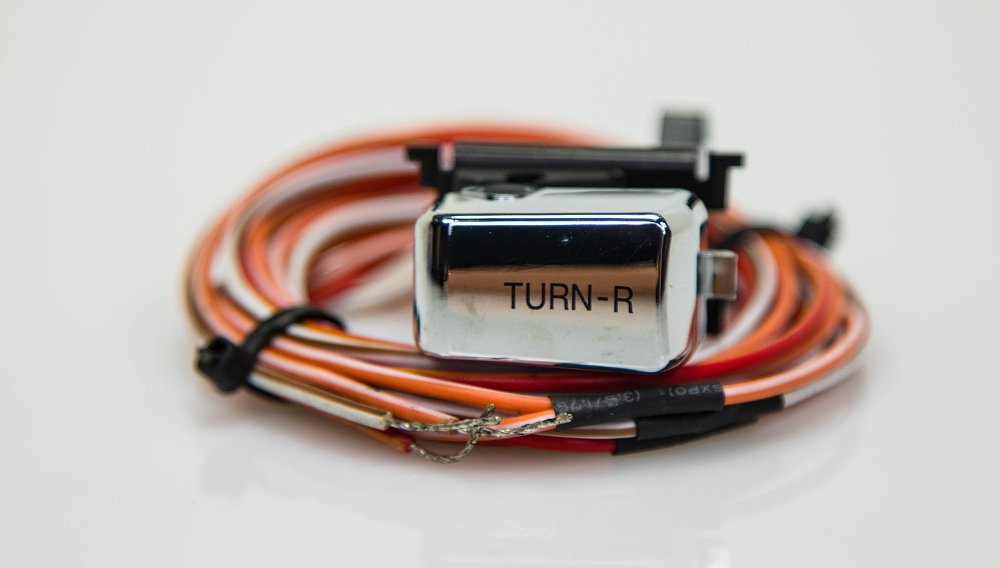 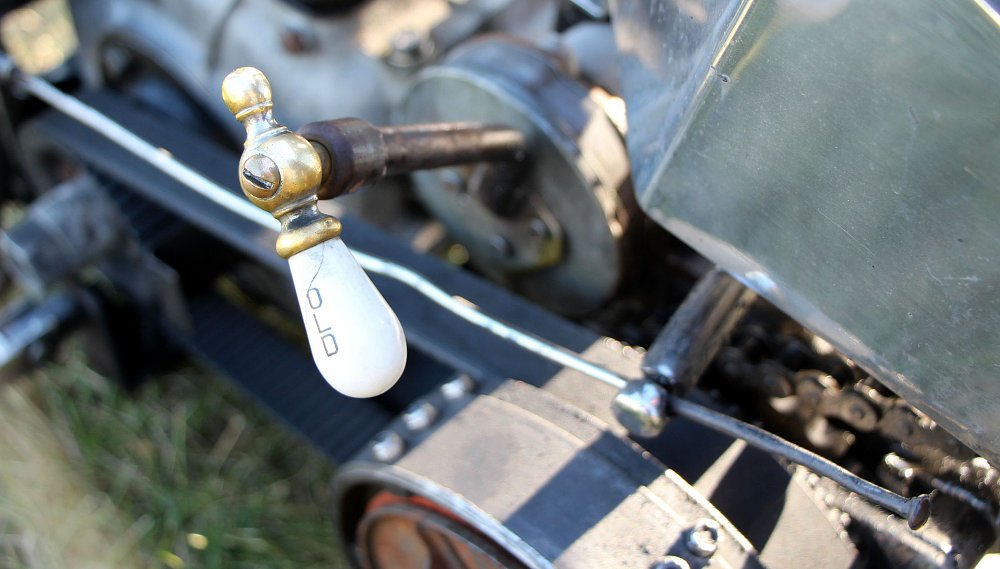 There's no such thing as a suicide shifter Lemmy