At the Gathering of the Nortons, vintage owners explain why old's gold

What is the point of having a classic bike if you don’t ride it? “Ride ‘em, Don’t Hide ‘em!” said the flyer for the 24th annual Gathering of the Nortons, and I was sure I agreed.

This event, held last weekend at the Washington Crossing Historic Park in Washington Crossing, Pennsylvania, always kicks off the spring riding season around here, so I’ve been attending off and on for years, at least when it fell on a nice sunny day like this year. It’s a rain-or-shine event because the organizers, the Delaware Valley Norton Riders, take their motto very seriously.

When I arrived, I worked my way through the growing sea of classic bikes (there were modern bikes, too, but they were parked further back, giving the place of honor to the truly vintage bikes). I eventually found a small T-shirt stand where the club does a little business to support this free event. There, I found current club President George Roetenberg and asked him about that motto.

“Why have a classic bike you don’t ride just to have it in your living room or garage?” he asked. I knew right away I was going to like this guy.

I figured I had the whole story right there. No trailer queens, ride the damn thing. Take a few photos and go home. But I figured it would be good to get a few more members to concur, so I grabbed the next guy to tell me what I wanted to hear. But that didn’t happen.

“We’re trying to preserve history,” said Donald Roy, as he proudly sat astride his pristine 1966 Atlas.

I liked that, too, but when I probed him a little further about riding ‘em, he admitted that he keeps a new Indian touring bike as his gas ‘n’ go ride. That’s not to say he doesn’t ride the Atlas. He certainly does. It’s just that “you can’t ride this down the Turnpike at 70 mph,” he pointed out, so there are limits. That’s why his vintage bike had arrived in the back of his truck that day.

Uh oh, was that a chink in the armor of this story?

Next, I stumbled upon Rick Tool, a member of the Antique Motorcycle Club of America. He bought his 1950 ES2 sight unseen, had it shipped from England and then proceeded to restore it to the pristine condition it is in today. He said the bike is fun to ride, despite — or maybe because of — its “diabolical handling and lousy front brakes.” He’s put a couple thousand miles on it since he bought it.

Rick explained that the Norton is an “extremely dependable motorcycle” when kept within its limits, which means “55 mph on a good day, maybe 60 mph.” So Rick also keeps a gas ‘n’ go ride, in the form of a Honda sport-tourer.

Crap, I was getting confused. Maybe I didn’t have this thing figured out. These guys both had modern bikes, too. So when I saw Scott Brown pull in on his 1969 Triumph TR6, I asked him point blank why he rides a classic bike.

“I’ve been riding since the ‘60s and these are the bikes I used to ride,” he explained, simple as that. He added that all his buddies who have vintage bikes also ride them, too.

What about that other popular belief about classic bikes, that you have to be a mechanic to own one?

“I’m a mechanic and a mechanical engineer,” Scott said. “You don’t need to be one, but you have to know one.”

At this point, I’m starting to understand that ride ‘em doesn’t mean just hop on them, hit the starter button (especially the ones without a starter button) and go. And even when it does mean go, it doesn’t mean blasting the interstate at 80 mph to get somewhere fast or even likely taking a week to tour the country. It means making sure they are running right and enjoying them for what they are — antiques.

That’s when I stumbled upon Eric “DucDude” from our own Common Tread community. When I asked him about Ride ‘em, he started stripping. Well, he at least took off his jacket to show me his shirt, which clearly proclaimed “Vincent to be ridden not hidden.” So I figured I’d found my guy and was back on track. He told me his garage holds a small fleet old bikes. His newest is a 10-year-old Beemer gas ‘n’ go, but most were classics. He also repeated something Donald, the Atlas owner, had said.

“We’re the holders until the next guy,” Eric said. “We are the previous owner.” So he does share some of the feelings of preserving history. But he also wants to get out and enjoy the bikes he owns.

“My goal is to make every bike so I can roll them out, ride them to work, and not be late,” Eric said.

For the final word, I talked to a guy who has owned his Norton since it was new. Tony Morgano, a former New Jersey Motor Officer, graduated high school in the early 1970s, got on a plane with a buddy and flew to London. They had arranged for a dealership to pick them up at the airport.

Then they left for a year or more of seeing Europe and doing things he thought it better I left out of this article. Tony woke up one morning and decided it was time to come home, so he rode to the airport.

“I got on a plane and put the bike underneath,” he said. (Yeah, try that today.) He still has that bike.

“I’m getting buried with my Norton” he added.

So should the phrase be expanded to “Ride ‘em, don’t hide ‘em until you’re dead, then screw ‘em it’s mine and I’m taking it with me?”

He laughed and explained there are only so many things in this world that we ever truly own. I can see where he’s coming from. Tony has plenty of other bikes today, too, and it was no surprise to learn he’s got his gas ‘n’ go, as well.

I guess it makes sense that even vintage guys who actually ride their bikes also have a gas ‘n’ go. It is because these guys love bikes, and they love to ride, as well as wrench, restore, preserve and learn with their machines.

So how about you? Any chance of a vintage bike in your future? And if so, you gonna ride it or hide it?

You never know what you'll see at VMD Lance Oliver

Communing with machinery: The allure of older motorcycles Tom Byrne 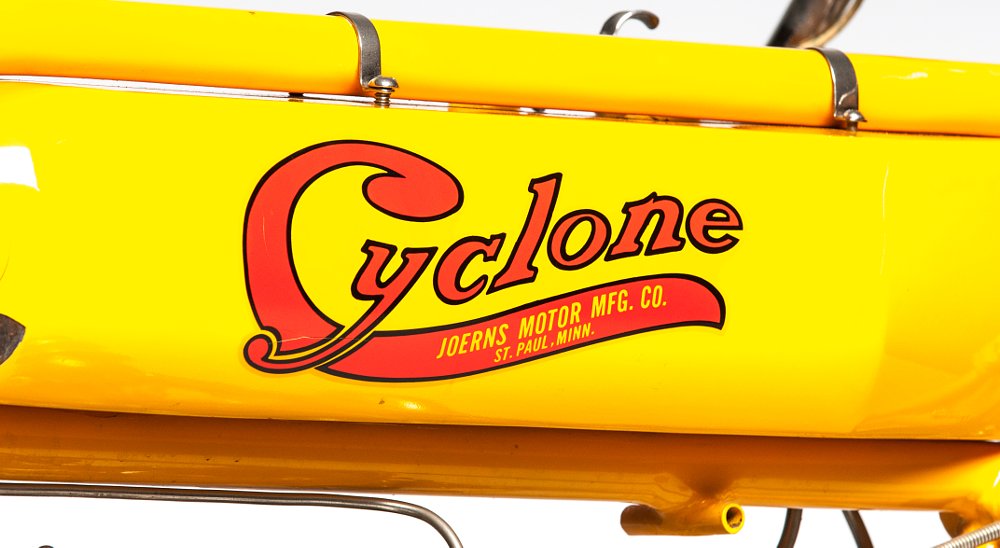 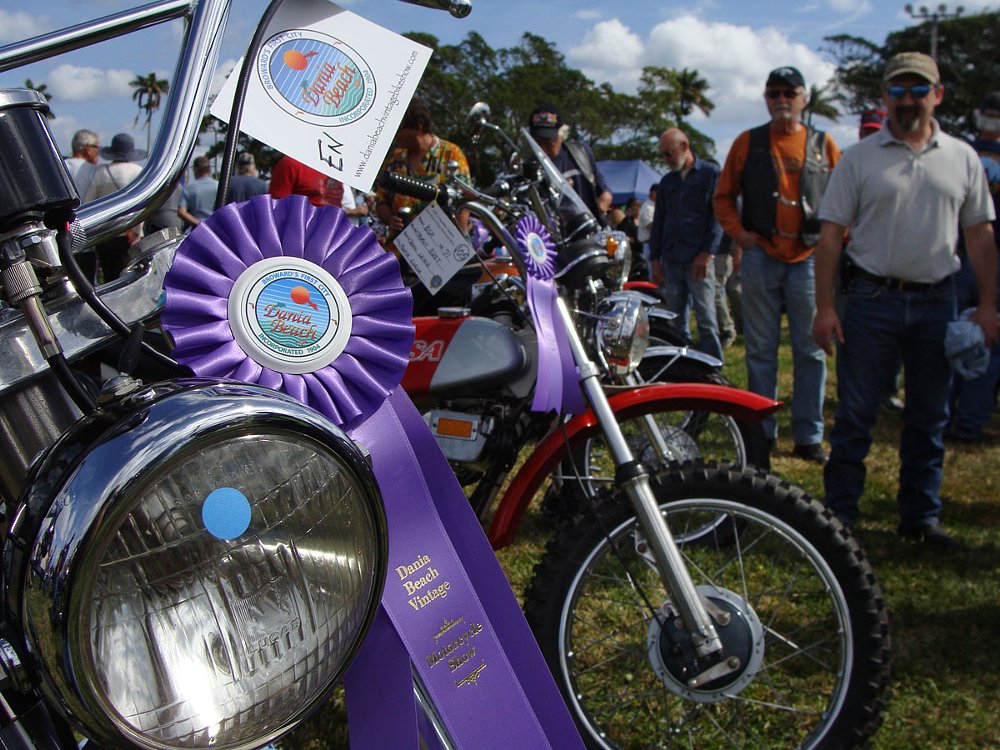