How to buy your first vintage motorcycle

As much as I like vintage motorcycles, I have to admit that the hobby is not for everyone.

In general, vintage bikes go slower, stop slower and are far less reliable than their modern counterparts. That’s why a vintage motorcycle often makes a great second bike, one you can ride when the mood and timing are right, not for essential transportation. A vintage bike is also a great way to develop your home mechanic skills, both because they are simpler than modern bikes and also because it is an absolute certainty that you’ll have to work on it to keep it running. It’s a great feeling, riding a bike that you know inside and out, can fix on the side of the road with simple tools, and turns just as many heads as any slick sport bike just off the showroom floor.

If you’re coming down with a case of the vintage bug and thinking about purchasing your first old bike, the process can be very daunting, to say the least. With literally thousands of models to choose from, it’s hard to know where to start. This article will serve as an introduction for the uninitiated to help you make that first vintage purchase a good one.

To start, I recommend that you look for a model built in the late 1960s through the 1970s. These are going to be the most similar to modern motorcycles, easiest to find parts for and, most importantly, affordable. I also suggest that for your first machine you should steer away from basket cases, no matter how cheap they are. Try to find a machine that is already in running condition. Nothing puts a damper on your enthusiasm for owning an old bike like finding out you need to completely rebuild your motor before you can ride it.

Finally, a clear title is a must. The laws on salvage titles vary from state to state, but none of them are as easy to obtain as having an original title transferred into your own name.

Now that you have the basic checklist, let’s move on to some pros and cons of the different brands. Since it would be impossible to cover all the motorcycle marques in one article, I’m going to break them down into three main groups: Japanese, American and European.

Honda, Kawasaki, Yamaha and Suzuki imported large numbers of motorcycles throughout the 1960s and 1970s, so an abundance of them are still around today. They took the U.S. market by storm because they were affordable and dependable, two traits which make them a wise choice for entry into vintage motorcycle ownership. The current resurgence of café racer style machines has brought about a new cottage industry that produces replacement parts that have long since vanished from the OEM market. While this means you can get whatever you need to rebuild your Honda CB750, you’ll also find yourself paying quite a bit of money for some of the hard-to-find bits that are now made in short production runs. If you are not careful, it is easy to spend more money on upgrades and minor repairs than the actual resale value of your machine.

Another complication is that many Japanese motorcycles, especially from the 1970s, are powered by four cylinder engines. Even if the engine is in great condition, it will undoubtedly need carburetor work. For the newbie, rebuilding and tuning a four-carb system can be nothing less than a nightmare and enough to turn many folks away from future vintage purchases.

By the 1960s, Harley-Davidson stood alone as the sole U.S. motorcycle manufacturer. So if you are looking for an American brand from our preferred era, H-D is it. Unfortunately, some of the worst Harleys to roll out of Milwaukee came during this period, so you really need to do your homework.

In 1960, Harley-Davidson bought a 50 percent share of the Italian motorcycle manufacturer Aermacchi and started importing lightweight motorcycles that were rebranded under the H-D name. These include the Sprint 250 and 350 models, which are often seen today at low prices. A variety of small two-strokes were also built during this period and another lightweight, called the Hummer, continued until 1966. None of these can handle the speeds on today’s modern highways, so unless you only plan to ride around your neighborhood, it’s probably best to pass them up, no matter how cheap they are.

After AMF purchased Harley in 1969, quality control became a major issue. Still, the big twin model Shovelheads are a good choice. If the bike is still on the road, those problems have probably been corrected with modern gaskets and a good rebuild. Though prices have been bid up on some genuine H-D parts, aftermarket parts can be found at a lower cost by hitting eBay, heading to a local swap meet, or looking through catalogs from numerous aftermarket companies.

Harleys lend themselves well to customization, which means you are less likely to find a stock machine, but you may luck up and find one loaded with the best parts at an affordable price. Make sure you pay close attention to the differences between the Shovelhead and the Ironhead Sportster. Ironheads can be found very cheap and often are mislabeled as Shovelheads, but they are two totally different machines. You’ll see many a limping old biker who got that way from the dreaded “Sportster knee” caused by a poorly geared kickstart mechanism.

Many motorcycle companies in Europe date all the way back to the turn of the 20th century, so there is a rich history with numerous machines and marques to choose from. On the high end of the price scale, you have your Nortons and Ducatis. Both are sought-after marques which can be a good investment, but be ready to pay for both the bike and the parts. If you’re looking for something a little different, Moto Guzzi is another Italian option.

Triumphs and BSAs are British machines that can be found for affordable prices and are fairly easy for a beginner to learn on. Triumphs also lend themselves to customization, with aftermarket frames and other parts readily available. The advantage of building a custom Triumph is you can replace the horrible stock Lucas electrical system, while you are at it. Also, if you buy a British bike in the earlier part of our age range, you may need some Whitworth tools (different from today's metric or SAE sizes).

Last, but not least, is BMW. Of all the brands mentioned, I think BMW is perhaps the best option for the beginning vintage enthusiast. The R75/5 made in the early 1970s is a solid performer, capable of modern highway speeds and long-distance rides. I’ve personally owned one for 20 years, and besides normal maintenance, have done very little to keep it running in all that time. It’s been as far south as the Florida Keys and north into Pennsylvania with nary a complaint.

Like the other European brands, parts are expensive, but you can still buy OEM replacement parts directly from BMW. In terms of purchase price, you’ll be in the same neighborhood as a Triumph, but the reliability of the BMW far surpasses any Bonneville or Trident. Prices have been slowly climbing over the years, so it might even make for a good investment, but I recommend just riding the fool out of it. 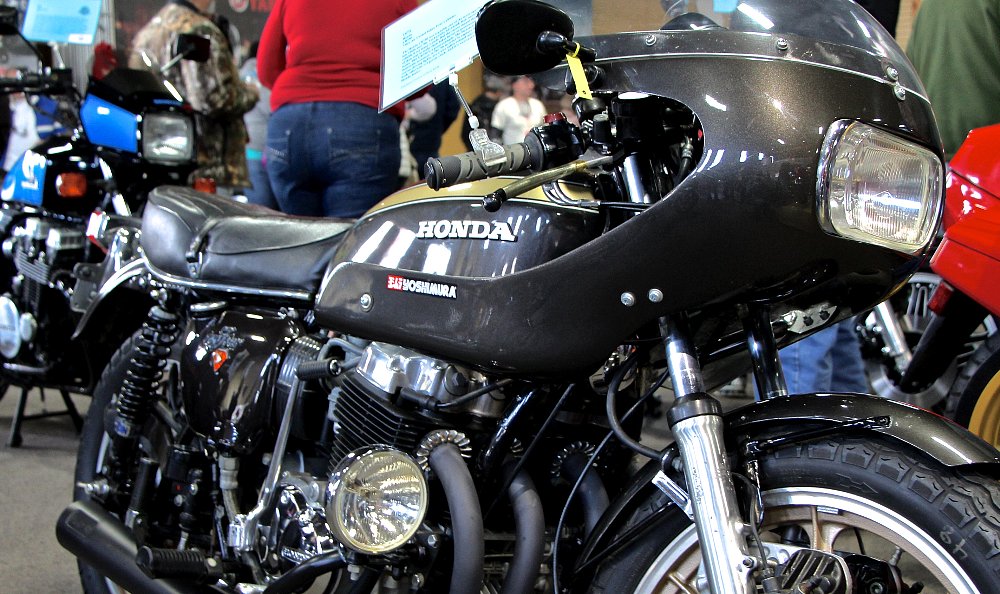