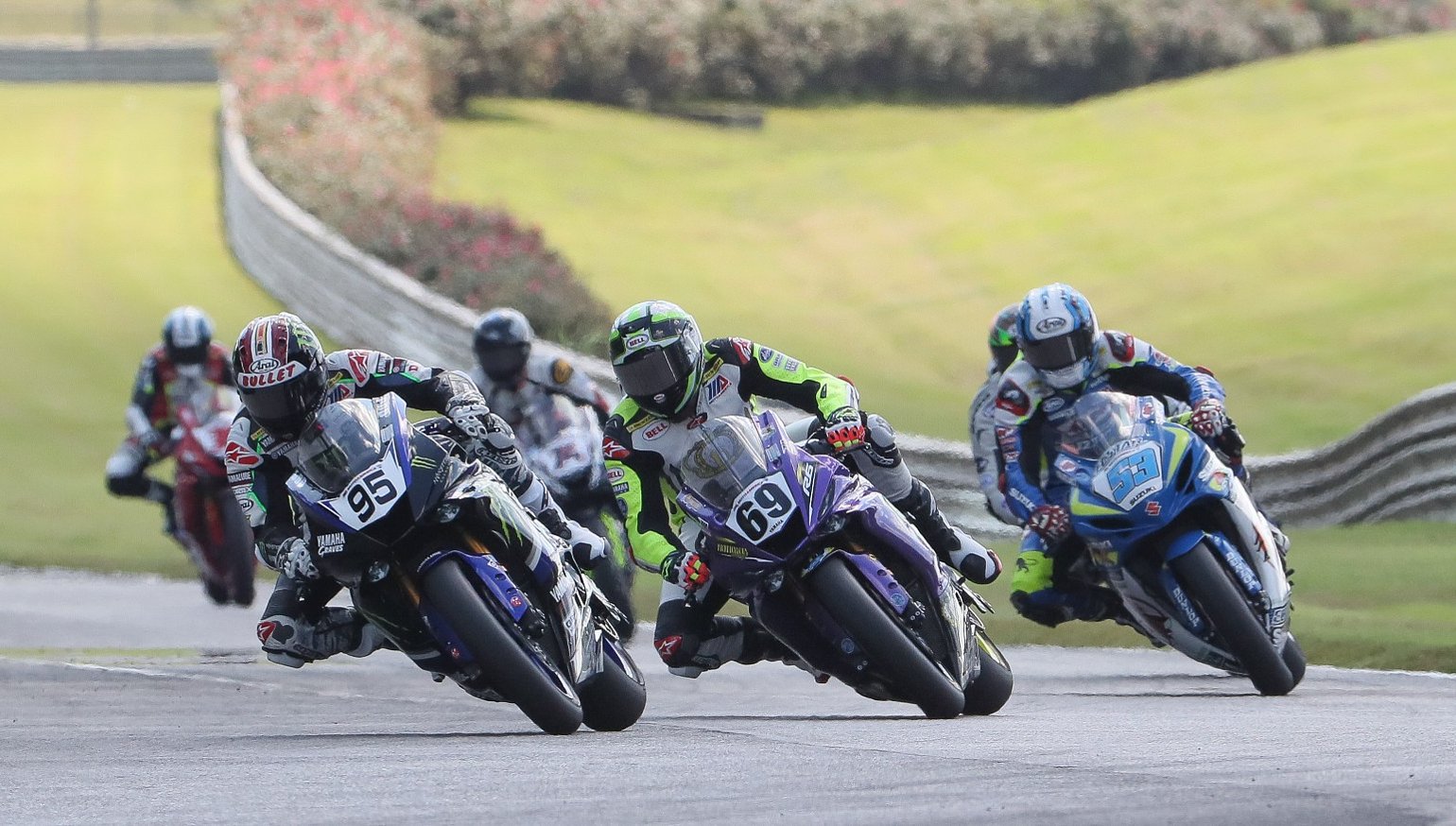 Did MotoAmerica's overhaul of its racing classes work out?

There's plenty of uncertainty about the 2019 MotoAmerica season, with many riders and even a champion still unsure what they'll be doing next year. But one crucial piece is in place: The classes, which were revised for 2018, will stay the same for next year. Is that a good thing?

For stability, it certainly is. The more the rules change, the harder (and more expensive) it is for teams to plan and compete.

For Superbike and Supersport, the top two classes, the only questions for 2019 surround who will be riding for which teams. The Yoshimura Suzuki team had planned to name a replacement for the retiring Roger Hayden before the last round at Barber Motorsports Park, but that still hasn't happened. In Supersport, even J.D. Beach, who won the championship in dominant fashion, doesn't know what he'll be doing in 2019. With rumors swirling about whether Yamaha will have a factory Supersport team next year, Beach is off racing the final rounds of American Flat Track.

I know it’s just a picture of a back of a van with stuff sitting everywhere. But it’s 5 years worth of my life that I cleaned out of the team Truck after the races Sunday. It was a weird feeling. The past 5 years have been amazing riding for Yamaha and Graves. This is NOT me saying that time is done but for 2019 the plans are still unknown. I do know my racing career is going to start a new chapter. Thank you to everyone that has been involved.

The other three classes — Twins Cup, Stock 1000 and Liqui Moly Junior Cup — were all new for 2018. It was the biggest overhaul of the class structure since MotoAmerica took over the series. To take a look at how the new classes worked, I talked to Chuck Aksland, one of the founders of MotoAmerica.

The overall goals with the class changes were to eliminate the "race within a race" format, where two classes were on the track at the same time, with different number plates, and finding a way to include motorcycles that are important to the manufacturers.

"Talking to manufacturers last year, the biggest categories for them were the 300s, the little-bike categories, and the twins," said Aksland. "Those are their best sellers right now. So why not address that and hopefully have fun with it?"

The Twins Cup probably spurred as much discussion as any class this year. With the popularity of motorcycles like the Yamaha MT-07, both among street riders and amateur racers, creating a class made sense. The part that surprised some, however, is that MotoAmerica made it a "tuner" class, allowing a lot of modifications, which raised the price of being competitve. Also, since full racing fairings were allowed, the Suzuki SV650s and Yamaha MT-07s that dominated the grid looked a lot like the Supersport bikes to a new or casual fan who rode in on an MT-07, expecting to see bikes like his being raced.

Only two riders, Chris Parish and Jason Madama, contested the entire nine-race series, so they were inevitably the only contenders to be the first Twins Cup champion. In the end, Parish won by three points, easily the closest MotoAmerica championship in 2018. In terms of participation, the first race of the year at Road Atlanta was the low point, with seven starters, and the last race at Barber was the high point, with 26.

The class did succeed in giving fast local or regional riders a way to take part in the MotoAmerica weekend. Jeffrey Tigert's solid Twins win at Sonoma Raceway is an example.

Aksland said the requirement to use stock frames was intended to keep costs manageable, but the allowances for tuning the engines would allow riders and tuners some latitude. As for the small fields in the class' first year, he said that's a issue that runs in cycles.

"My background is in MotoGP," said the former team manager. "I remember days back in the early '90s when there was about 12 500s on the grid."

Aksland said the Twins class was not created as an alternative mid-level class in case Supersport continues to dwindle or manufacturers stop making 600 cc race replicas. Already, the MotoAmerica Supersport class is almost all Yamahas. At the final round, 25 of the 33 Superport bikes were YZF-R6s. But Aksland said the performance difference between the mid-size twins and the 600 cc four-cylinders makes them not comparable.

Just like the Twins class, only two riders competed the entire nine-race Stock 1000 season, with Andrew Lee on a Kawasaki ZX-10R winning the title over Travis Wyman on a BMW S 1000 RR. In terms of participation, the low point was eight starters at New Jersey Motorsports Park and the high point was 21 at the Utah Motorsports Campus.

"I think now that people have seen how it's evolved over the year, hopefully next year it will get more popular," Aksland said. "It's a cost-effective class, I think, and there's some good contingency money to go after."

Easily the biggest headache for MotoAmerica's rules-makers is the Junior Cup, where KTM RC390s, Kawasaki Ninja 400s and Yamaha YZF-R3s compete. Balancing singles and twins of different displacements, and trying to keep them all competitive, is a challenge. Rev limits and weights were changed to balance the competition during the season.

"That's our biggest challenge of the year," Aksland said. "Our intent was to have them all balanced and it didn't work out that way, for sure, and we heard about it from everybody." But he also noted that all three brands won races, so the results weren't far off in the end.

Since MotoAmerica took over domestic Superbike racing from Daytona Motorsports Group, which drove off all the factory teams, one of the secondary tasks has been getting manufacturers to return, beyond Yamaha and Suzuki in the premier classes and KTM's involvement, formerly in the KTM RC Cup and now in the Junior Cup. Gone are the glory days of six manufacturers fielding factory teams, but there is still hope for improvement.

One tantalizing case is Kawasaki, which has won five of the last six World Superbike Championships and, it would seem, could easily apply that equipment and expertise to challenging Yamaha and Suzuki in the U.S. series. Plus, Kawasaki has appeared to dip a toe in the MotoAmerica waters by signing a sponsorship agreement with the series and buying air time on the beIN Sports broadcasts of the races. So why not take the next step and actually go racing? MotoAmerica is trying to make it easy for manufacturers to do that by keeping domestic rules in line with the FIM rules for WSBK.

Aksland has a unique perspective on the issue because he is also the manager for Jonathan Rea, who has won the last four World Superbike championships riding for Kawasaki.

"It's not like Kawasaki USA would have to go and start another R&D program," Aksland said. "All they have to do, really, is order the parts. So it's much easier. Same with Ducati. They already have a bike that conforms to our rules. There is interest from all the manufacturers."

So will new manufacturers come into the paddock?

"Because of the background I have, I do understand how some of the Japanese companies' processes work," Aksland said. "Once they pull back from something, it's very hard to get them to come back. We're making small steps. They're involved on an official basis as a sponsor. We'll see what evolves from it. It's certainly better than not being involved at all."

While the wait drags on longer than expected to see what teams and riders will be paired up for 2019, there's also uncertainty about how the new classes created for 2018 will grow or wither in participation and fan interest. 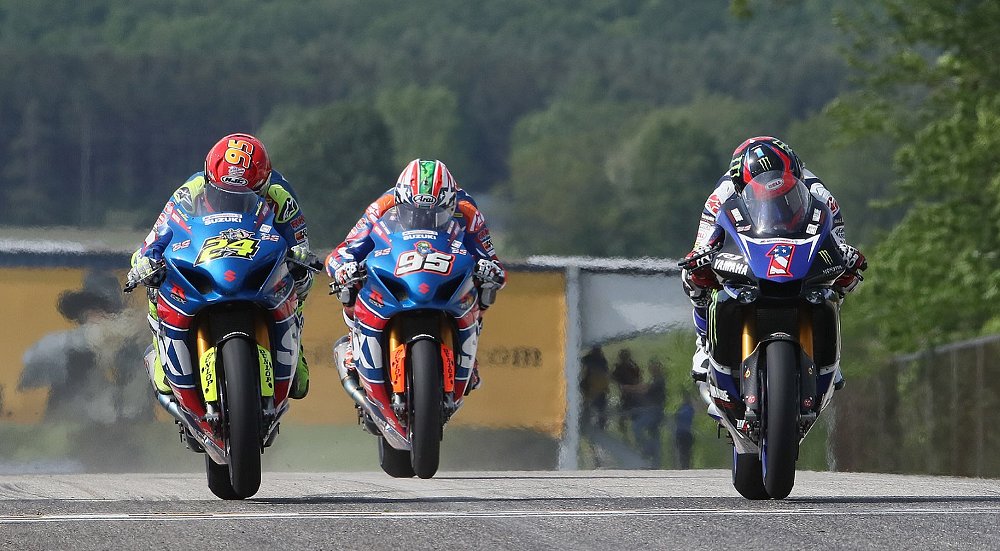 Superbike rules: MotoAmerica shakes up its structure to focus on the top class Lance Oliver 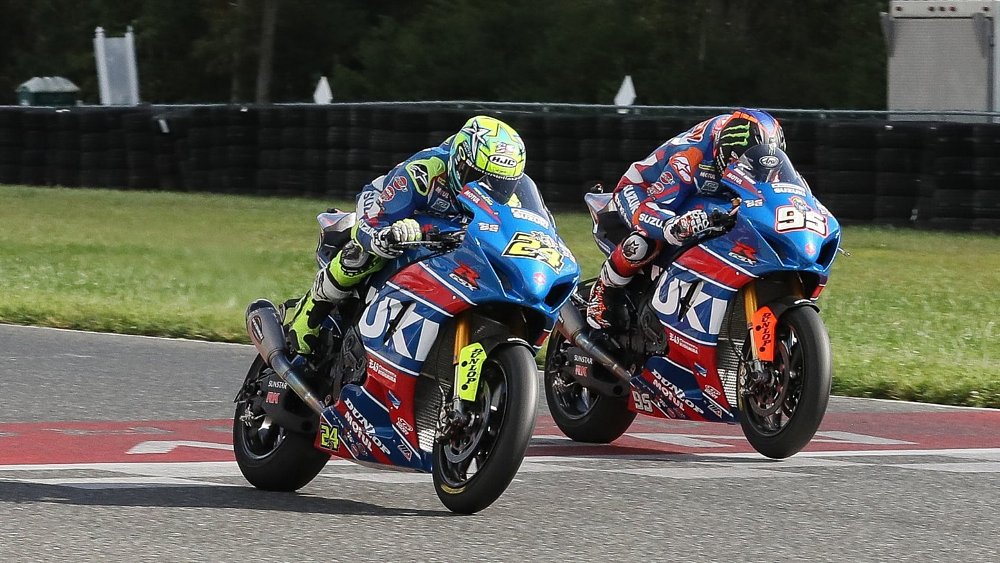 Q&A with Don Sakakura: Who will get Roger Hayden's ride? Lance Oliver