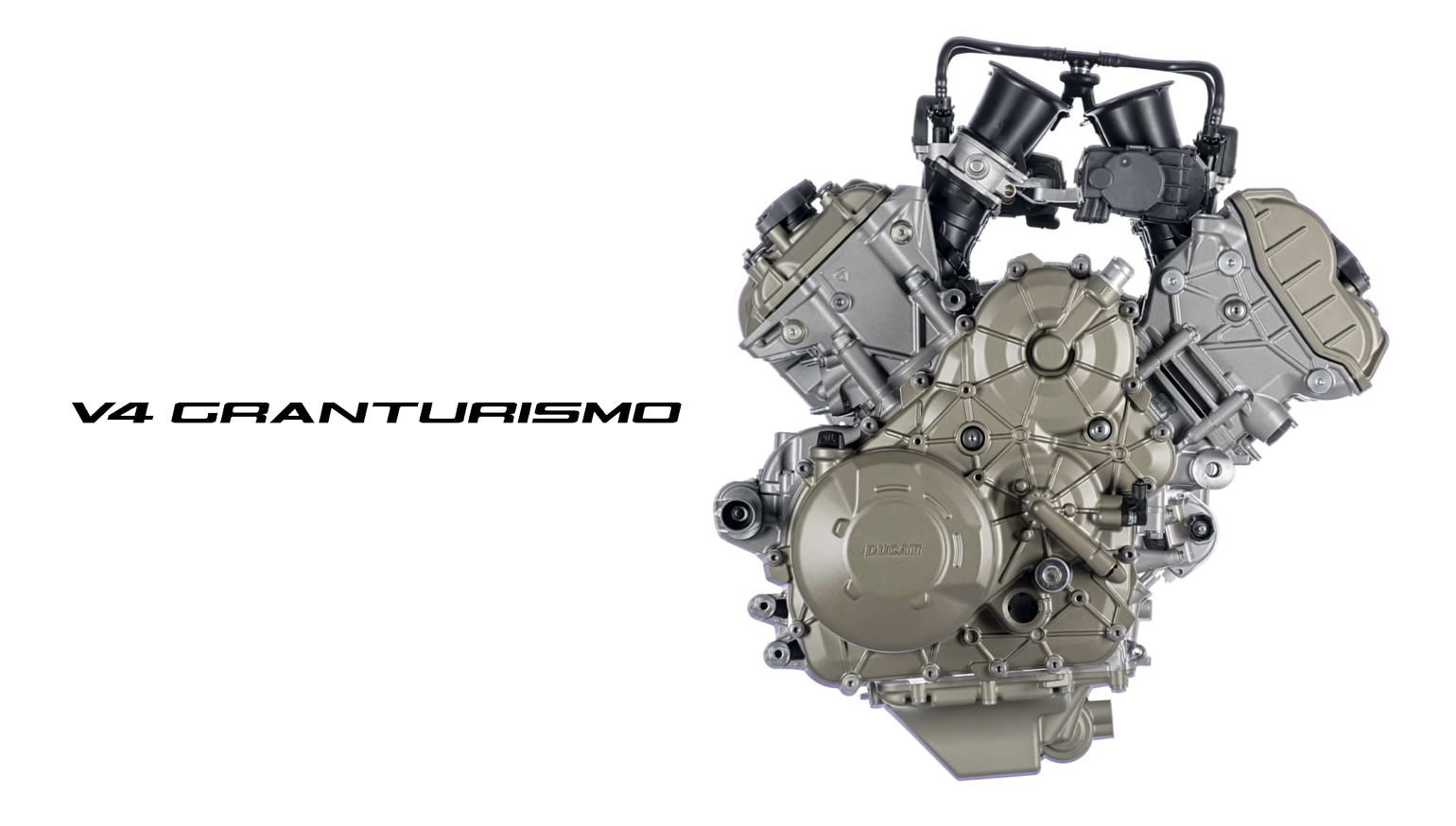 Ducati started teasing a “Granturismo” engine recently as the release of their upcoming V4 adventure bike. Multistrada fans will recognize the Granturismo name from past trim packages, except this time, “grand touring” means so much more.

Ducati gave the Granturismo spring valves instead of their iconic desmodromic valves in a major departure from tradition. The move bumps valve service intervals to just over 37,000 miles. The Desmosedici Stradale in the Streetfighter V4 S, in comparison, needs its valves serviced every 15,000 miles.

Just 15 years ago, the idea of Ducati building anything other than a 90-degree V-twin with desmo vales would have been blasphemy. But Ducati has shown more than once that it's willing to push aside the sacred cows to stay competitive -- first by building a V-four for its MotoGP race bike, then by switching its flagship sport bike and the basis for its World Superbike race bike to a V-four, and now by abandoning desmodromic valves to compete in the high-stakes ADV market. CEO Claudio Domenicali isn't exaggerating when he calls it a “paradigm shift.”

The Granturismo is less potent than the sport-spec V4s with a claimed 170 horsepower at 10,500 rpm and 92 foot-pounds of torque at 8,750 rpm, more than enough for touring grandly. Displacement’s bumped from the existing V4s to 1,158 cc. Ducati says they wanted the engine to deliver smooth, torquey bottom-end pull without compromising the V-four's rewarding characteristics in the upper revs.

The entire engine weighs in at 147 pounds, or 2.6 pounds less than the outgoing 1260’s mill. (The desmo L-twin in the old 900 SS weighed 143.3 pounds dry and made less than half the Granturismo’s power!) Chains drive the dual camshafts in each head. The rear cylinder bank can shut down at idle to reduce heat and fuel consumption, a trick we’ve seen in the past with large V engines.

These are big moves, coming from Ducati, a company that held fast to a narrow engine formula not so long ago. It seems Ducati would rather field a more advanced Multistrada than stick to what they’ve always done. Time will tell how the Ducatisti receive the new engine, and soon; the fourth-gen Multistrada debuts on November 4. 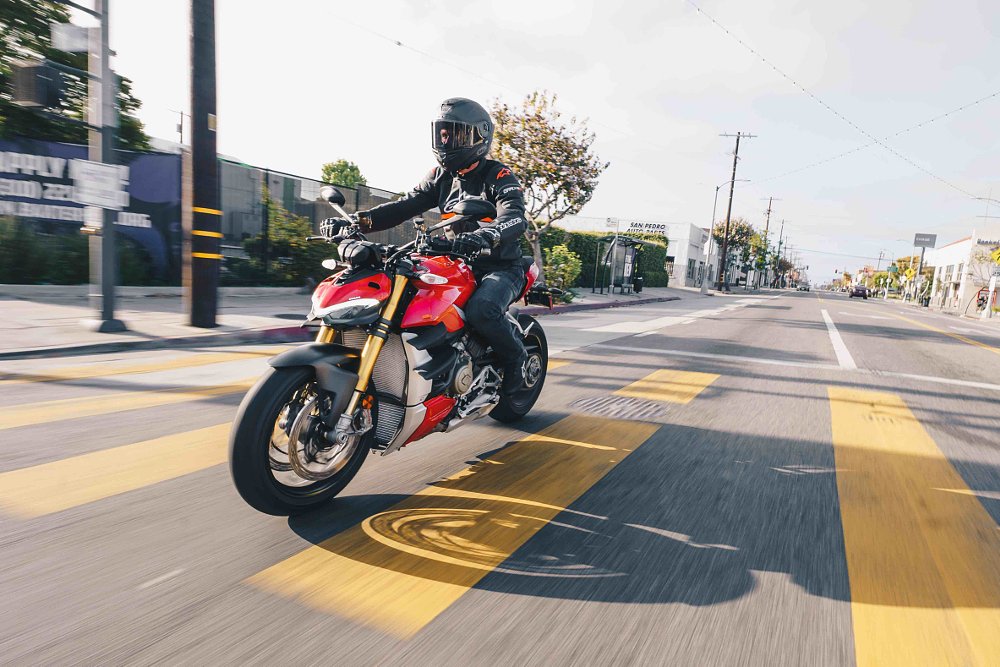 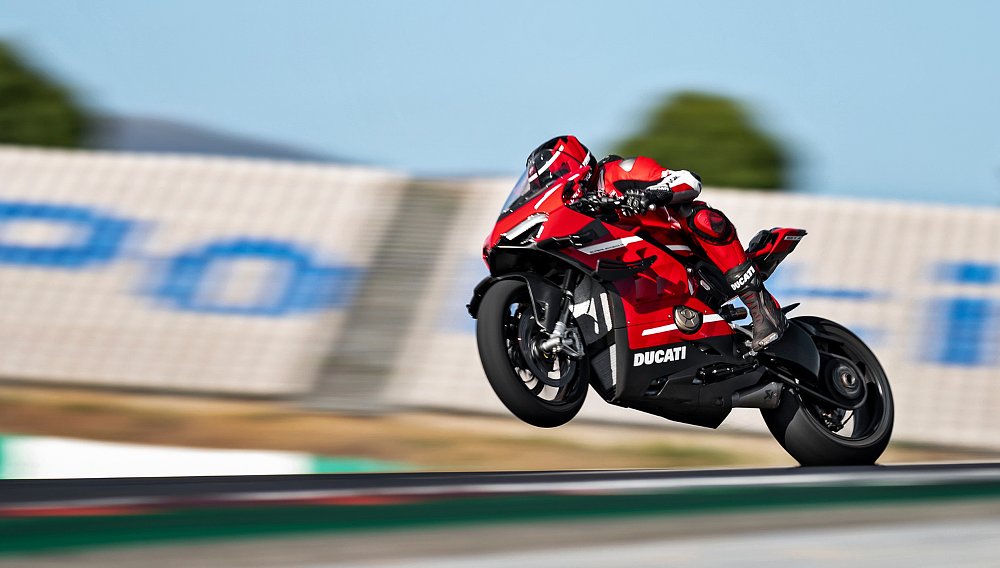 Superleggera V4: The most powerful production Ducati ever Andy Greaser 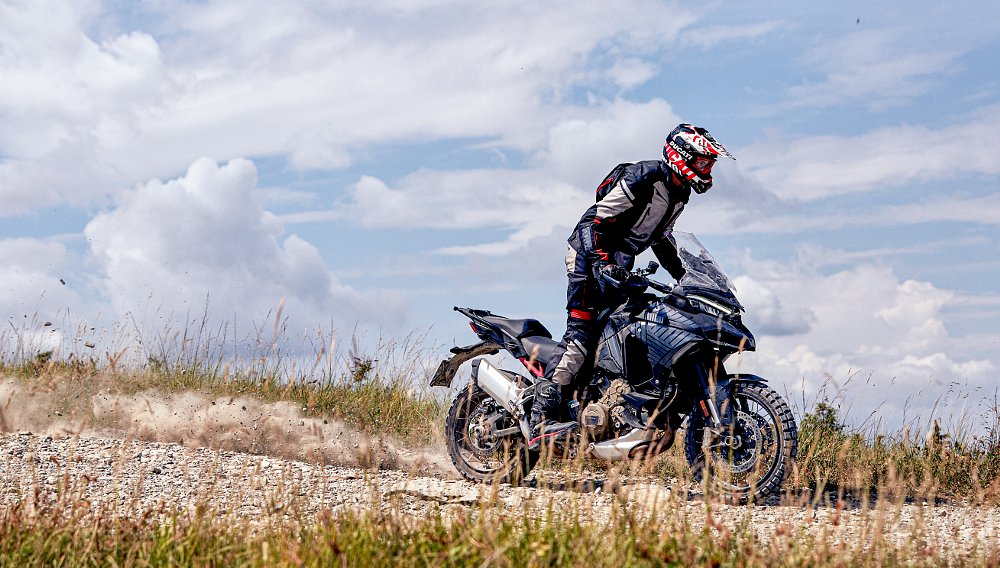