Moto-Babel no more: How to make different Bluetooth devices talk to each other

You know the problem. You have a Sena SMH-10 Bluetooth communicator but your riding buddy has an Interphone F5. You'd love to be able to communicate during your ride, but because different brands use different radio frequencies, you can't.

Earlier this year, Sena released a firmware update for the SMH10, SMH10R, and SMH5. The major addition in this update is the new Universal Intercom feature, allowing cross-brand interoperability. Then, just last week, UClear followed with a firmware update also allowing cross-brand communications. I haven't had the chance to test the UClear system yet, but as a fan of the SMH10, I decided to put Sena's new feature through some testing.

First, the standard Sena firmware upgrade dance. I downloaded the latest version of Device Manager from Sena's website, followed the prompts, and a few minutes later both of my SMH10s had the latest firmware installed.

Next, it was time to actually test the Universal Intercom feature. The way this works is that the Sena device advertises itself as a phone to the other device. When the other device attempts to make a call using this "phone," it is automatically connected into the intercom. I consider this to be a very elegant solution to the problem of incompatible bluetooth intercom systems. The big question is, does it work? In short, yes, it works. In fact, it works rather better than I expected.

Explaining the various possible combinations can be a little confusing, so I’m going to use the following names and hope it all makes sense:

SenaA and SenaB are already paired to each other, so let's start pairing up the others.

The first thing I tried was pairing the G9 with SenaA. This is a pretty simple process. I held the intercom button on SenaA until I heard “Universal Pairing.” Then, I put the the G9 into phone pairing mode, which is just a matter of holding down the phone button for about five seconds. They paired up almost instantly and the G9 told me it was now connected to my “phone.” At this point, there was just a whole lot of silence. If the G9 thinks SenaA is a phone, how do I start an intercom conversation? Easy, you just try to make a call! You can either use redial or voice dial and you are immediately connected! I tapped the phone button on the G9 and immediately heard a beep on SenaA and communications were open.

Okay, SenaA and G9 are talking. Can I bring SenaB into the mix? Absolutely! Tapping the intercom button on SenaB to initiate intercom joined up with SenaA and all three were communicating! This is pretty impressive.

This was pretty much the exact same process as SenaA + G9, with the only difference being that F5 has a voice prompt menu system you have to go through in order to initiate phone pairing.

Sena really seems to have nailed it with this new feature and I can't wait to see what they come up with next. 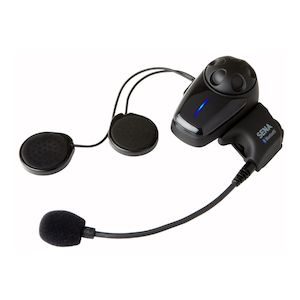 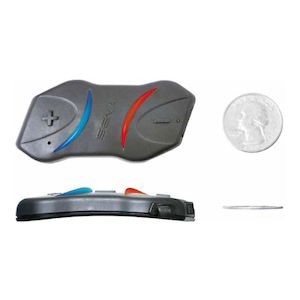 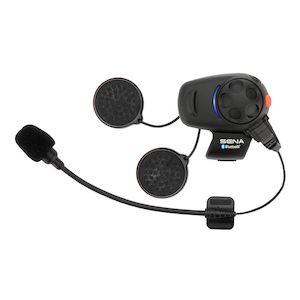 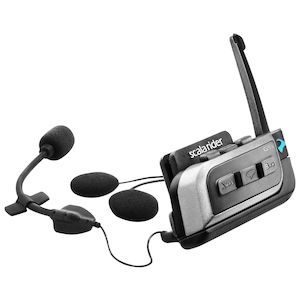 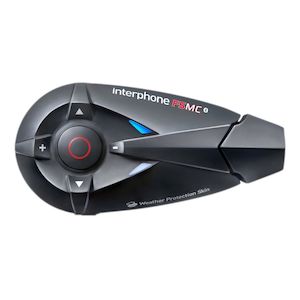