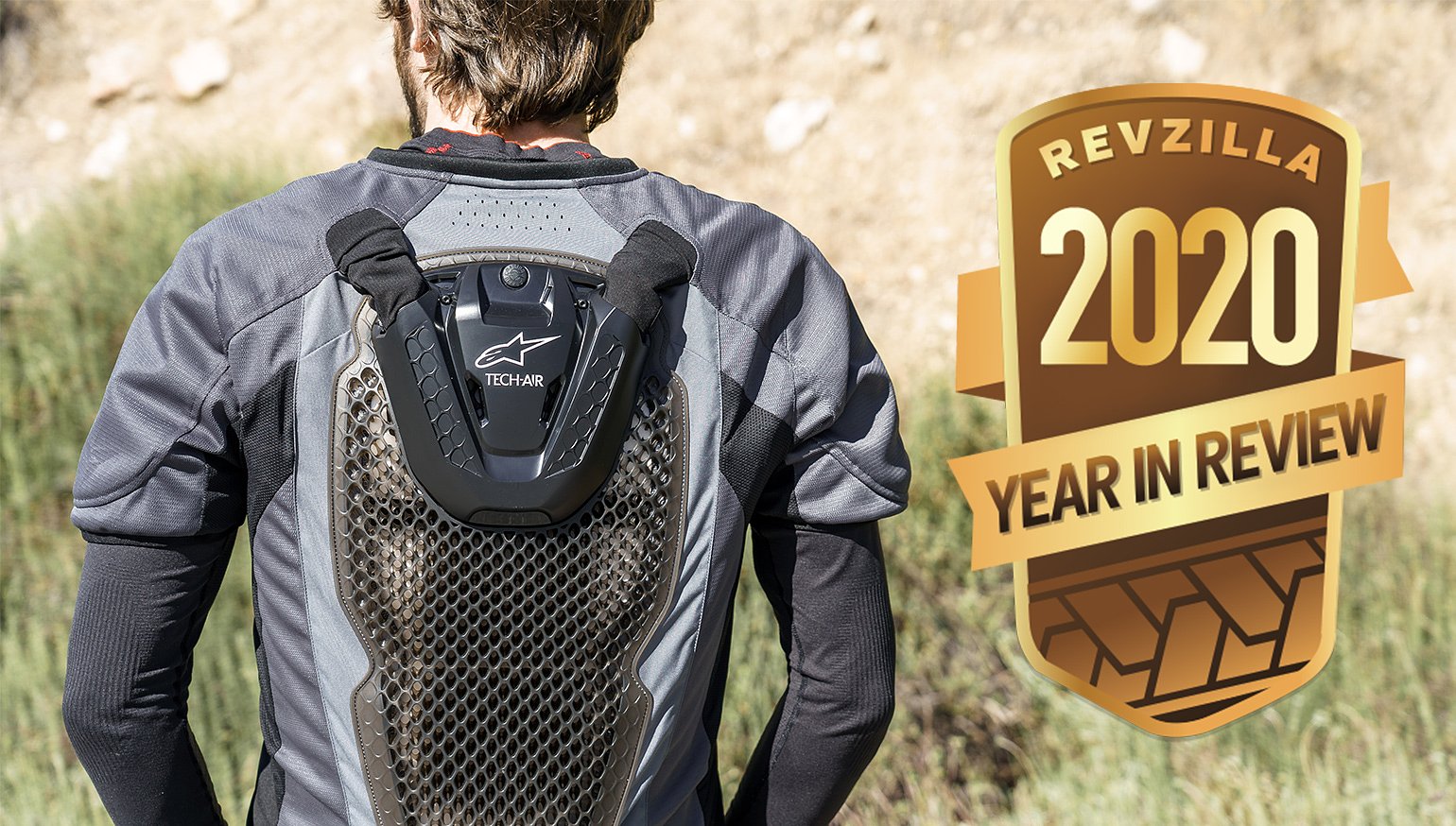 Everybody at Common Tread is some level of Gear Geek, so we celebrate the steady improvements in the stuff we use and wear that makes motorcycling better. We tapped some of the Gear Geekiest of our CT contributors to highlight their favorite advancements for 2020.

As a RevZilla video host, Brandon gets his hands on all the best gear that flows through the warehouses and he immediately homed in on the one product that a few other Zillans mentioned, as well. So we'll let him start off.

Wearable airbag technology is nothing new at this point, but the technology and the protection are constantly progressing. The new Tech-Air 5 System from Alpinestars is the latest and greatest for street riders. It provides the best coverage when it deploys, can be worn under your regular jacket and it doesn’t require you to be tethered to the bike. It uses three gyroscopes and three accelerometers to detect a crash and it can fully inflate in 20 to 40 milliseconds. The Tech-Air 5 also has a pretty slick app that allows “over-the-air” firmware updates. So as Alpinestars gathers information from other users, it can continue improving the technology.

A question that comes up a lot, especially with airbag systems that have you tethered to the bike, “What if I fall over at a stoplight?” Well with some airbag systems, you might go pop! Alpinestars says if you have a little tipover while you’re chatting with your buddy at a stoplight or a stop sign, the technology on the Tech-Air 5 system is smart enough to know not to deploy the airbag. Zack tested the system in daily riding conditions and didn't have any problems (and also found it was pretty easy to live with). So while your buddy might be pointing and laughing at you, as a good friend should if you fall over while sitting still, at least you won’t look like a balloon about to pop during the process.

Airbag technology continues to progress and, who knows, maybe six months from now there might be some new hotness in the world of moto airbags. But for now, I think the Tech-Air 5 is the best option available for the everyday rider.

Like Brandon, I'm really impressed with the Alpinestars Tech-Air 5 System, but a totally different product I enjoyed this year was a set of Pirelli Scorpion Rally tires.

I first rode these tires at the Triumph Tiger 900 launch in Morocco (which, by the way, feels like a lifetime ago, considering the events of 2020). The Pirellis blew me away with their combination of off-road grip and street performance. The front tire, especially, offers the best off-road grip I've ever experienced in an ADV tire.

Back in the United States, I tried to order a set for my KTM 1090 Adventure R, but unfortunately, Pirelli didn't manufacture a rear tire in a 150/70-18 size, even though the Honda Africa Twin, Yamaha Ténéré 700, and all of the KTM ADV bikes run this size in the rear. I actually called this out in multiple articles, begging Pirelli to manufacture the rear in a proper 18-inch ADV size.

Apparently Pirelli heard my cries... or, more likely, the demand of distributors pushed them over the edge. Either way, earlier this year Pirelli's European site started showing fitment available in expanded sizes, including a 150/70-18, and according to my contact at Pirelli the expanded size range will be available in the United States and in stock at RevZilla in early 2021. For those of you who like to ride your ADV bikes off-road, this is one impressive tire.

Considering most of my off-road rides and races have been affected in some way by me not being able to see, I've picked two products that give me a better view of what's ahead. First is the Risk Racing Ripper Automatic Roll-Off System. Roll-offs have been around for decades, but they always required taking your hand off the bars to pull the advance rip cord. This is a tough task during a hare scramble or enduro. This system lets you push a button on your handlebar and the motor advances the film. It's as easy as hitting the window washer button in my truck. The Ripper is compatible with most roll-off systems.

I'm also thoroughly impressed with the Shoei CNS-2 Transitions Pinlock-Ready Face Shield. I’ve been rocking this shield on my Hornet X2 all year. ADV riding often includes everything from shady trails to sunny highways and riding into the night. Having a photochromic shield that adjusts its tint means no longer needing to carry both clear and tinted shields on a ride. Since it's Pinlock-ready, there's no fogging. This shield vastly improves my ADV riding experience because I can just forget about it and enjoy the ride in any conditions.

Somebody cue up the "Captain Planet" theme song and dial it to 11 because news broke earlier this year that Honda, Kawasaki, Yamaha and Suzuki have teamed up with Osaka University to develop a standardized and swappable battery system for electric motorcycles. In other words, they’re attempting to build a battery that can be changed out in a few seconds and will work with Team Green, the bLU cRU, Ride Red-ers, and, um, Suzukis.

Having ridden quite a few of them, I’m a firm believer that electric motorcycles are basically perfect — other than how much they cost, how far you can ride them, how hard you can ride them, and how long it takes to recharge them. So if a quick-swap battery system that works with motorcycles from multiple manufacturers can solve even one of those shortcomings, then it’ll be an exciting step in the right direction.

The ability to replace a drained power supply at a public kiosk, charging station, or in the convenience of your own home is hugely appealing. It makes getting your electric motorcycle back in motion about as simple as it is to refuel your internal-combustion bike, which has more than a century's worth of infrastructure to support it. Honda previewed a version of this system a couple years ago at CES and it feels like the sort of tech that can move electric motorcycles forward, if the manufacturers truly get on the same page.

The roller chain was introduced in 1880 and has served motorcyclists (and industry) well ever since, but other than adding O-ring sealing technology in the early 1970s, chains haven’t changed much in 140 years. Until now.

BMW’s M Endurance Chain, developed in collaboration with Regina Chain of Italy, is set to revolutionize chain final drive by eliminating the need for maintenance. It’s a wild claim, I know, but by coating the rollers and bushings of a top-quality X-ring chain with an ultra-hard, ultra-slick tetrahedrally amorphous carbon substance (called ta-C, for short, but also known as industrial diamond), BMW says wear is all but eliminated.

When this new tech was announced in August, some interpreted the press release’s assertion that the M Chain will “offer maintenance comfort equivalent to that of a shaft-drive motorcycle” to mean the links would wear into the next century, but that’s not the case. According to a conversation I had with BMW North America Product Manager Vincent Kung, the M Endurance Chain requires zero lubrication while offering a service life equivalent to a properly maintained X-ring chain, which I take to mean anywhere from 15,000 to 50,000 miles. Kung went on to say that “because of the ta-C coating we do not expect to see normal chain-stretching properties, which in return will minimize [or] eliminate chain-slack adjustments.”

So, no lube and slack adjustments. Compared to the high-maintenance, short-lived unsealed chains of 50 years ago and the messy sealed links of today, the M Chain is a game changer. The price for allowed neglect is steep, though. The M Chain costs $360, and is currently only offered in 525 size. Fortunately, it does not need to be mated to specialty sprockets, though obviously steel is the material of choice for anyone looking for maximum mileage.

With any luck, this ta-C tech will come down in price and expand in application, because if it does it could change chain final drive in a way that would tide motorcyclists over for another 120 years.

Like Brandon and Spurgeon, I was deeply impressed with the Tech-Air 5 this year. The point of this article isn't to unanimously decide on the same standout advancement in motorcycle gear, however, so here are two of my winners for 2020.

First is the CE EN pr-EN17092 standard, which we first saw in 2019. The basic purpose is to provide specific ratings for different garments to make it easier for customers to understand and compare gear. The old CE rating system could be vague or even misleading. I'm calling the CE EN pr-EN17092 standards a win for 2020 because so many gear manufacturers have adopted the system, and that improves the gear experience for everyone.

Looking at specific products, I have to hand my nomination to the AGV K6 helmet. 2020 was its first full year on the market, and it absolutely impressed me with its light weight, versatile styling, and competitive price. The K6 is the best answer I've seen to the ubiquitous Shoei RF-1200. It's about time someone challenged Shoei's Goliath. 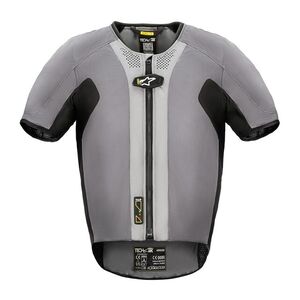 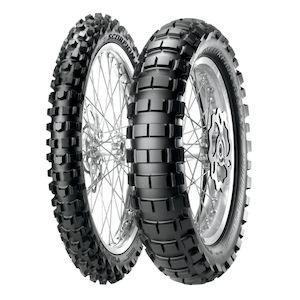 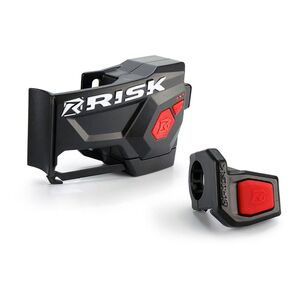 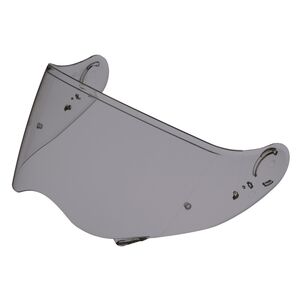 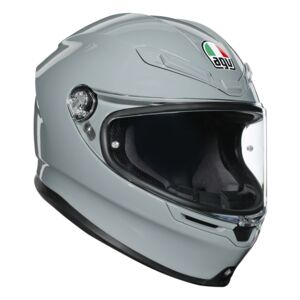