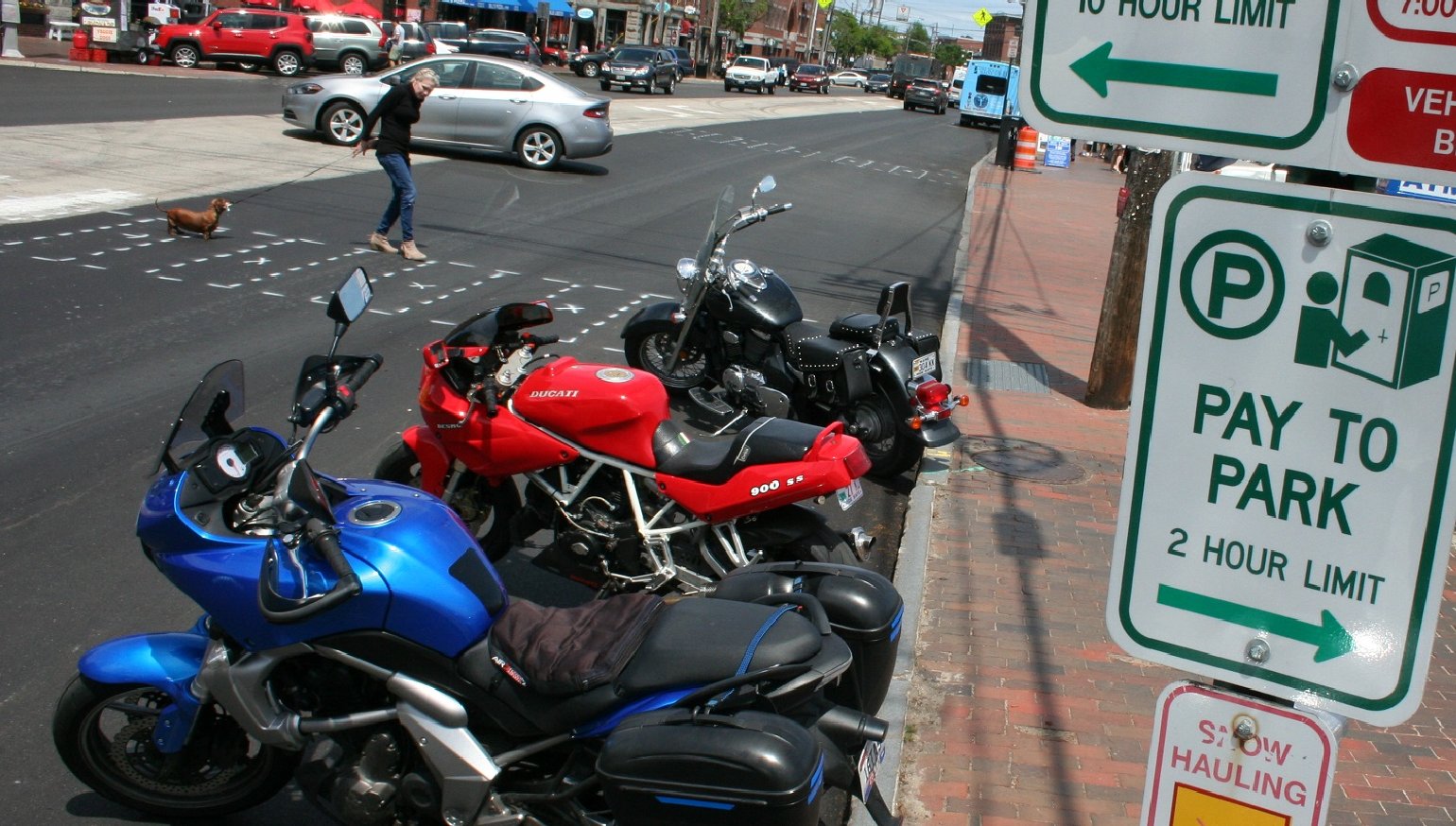 It's a situation that is simultaneously common, dangerous and baffling: A car driver looks right at you as you ride toward an intersection and then pulls in front of you just the same.

It's such a common occurrence that it has its own acronym in many parts of the world: SMIDSY, short for "Sorry, mate, I didn't see you." The authors of a recent study in Australia, titled "Allocating Attention to Detect Motorcycles: The Role of Inattentional Blindness," referred to these incidents as LBFTS (looked-but-failed-to-see) crashes.

"These are the most troublesome collisions; not only are they the most common crash involving motorcycles, they are also the most difficult to understand; in clear conditions, with no other hazards or distractions and no other driving risks (e.g., alcohol, age, or fatigue), a driver will look in the direction of the oncoming motorcycle — indeed in some cases will appear to look directly at the oncoming motorcycle — but still pull out because they report simply not seeing them."

Part of the problem is the phenomenon called "inattentional blindness." Since our brains can't process every detail of our surroundings as we're whizzing down the highway at 70 mph or making our way through dense city traffic and pedestrians, we focus on the stuff that matters. Over time, we learn to expect to see certain things, such as cars and trucks coming toward us. Many drivers don't expect to see motorcycles, because they are such a tiny percentage of the total traffic flow in the United States or in Australia, where the study was done. Worse, in places where winter weather creates a non-riding season, drivers are trained even more not to expect motorcycles.

What is inattentional blindness and how does it kill us?

The LBFTS study cited an earlier study from 2013 in which drivers were shown images of situations in rural an urban areas. In some of those images, a kangaroo was inserted. In the urban scenes, fewer drivers saw the kangaroo, compared to the rural scenes. They weren't expecting a kangaroo in the city so they literally did not see it.

I first wrote about inattentional blindness in relation to motorcycle safety nearly 17 years ago, and although that was a print-only article at the time, it got more requests for republication than probably anything else I've ever written about motorcycling. That article was based on research in the United States that had nothing to do with motorcycles, but was relevant, in my opinion.

In that study, participants watched videos of teams of people in shirts of different colors passing a basketball back and forth and were told to count the passes. During the video, a person in a gorilla suit would walk through and pound her chest while looking at the camera. About half of the participants not only didn't notice the gorilla, but they also swore there was no way there could have been a gorilla in the video. They couldn't possibly have missed something like that. But they did.

What the Australia study found

In the "Allocating Attention to Detect Motorcycles" study, three separate experiments were done involving 56, 76 and 56 volunteer participants. In experiment one, participants were shown a two-second image of a driving scene on a computer screen. Some of them included a taxi and some included a motorcycle. The colors of both were similar and the motorcycle was actually shown larger so that it would have similar visual presence as the taxi. Participants were twice as likely to miss the motorcycle as they were to miss seeing the taxi.

In experiment two, the same scenario was presented but with the motorcycle pointed in the other direction, so it appeared to be crossing the path of the driver. In other words, the image made the motorcycle more important. This led to a slight improvement in participants noticing the motorcycle, but they still saw it less often than the taxi.

In experiment three, another car that also appeared in the scene in the first two experiments was repositioned so it was more in the path of the driver instead of leaving the scene. In this case, even fewer participants noticed the taxi or the motorcycle. They were more focused on the more immediate threat of the car near their path.

Conclusion: So is there no hope?

The authors of the study do believe that inattentional blindness is a factor in the number of LBFTS or SMIDSY crashes involving cars turning in front of motorcycles. But they also conclude the situation is not hopeless. Taken together, the three experiments show that drivers are prioritizing. They're more likely to see the motorcycle in experiment two, where it is poised to cross their path, than in experiment one. In experiment three, they were focused on the car that was a more immediate threat, and thus even more unlikely to see the motorcycle.

The authors conclude that "raising the expectation or experience of having motorcycles on the road — such as including them as part of driver training programs and targeted media programs — could substantially alleviate incidences of looked-but-failed-to-see crashes."

If that's true, then those "Watch for Motorcycles" bumper stickers I see on cars may not be a waste of time after all. Of course you can also interpret it to mean that if we all rode a lot more, and there were therefore a lot more motorcycles on the road for drivers to see (and expect) every day, then we'd be more likely to be seen because we'd be expected. Or, as someone here at Common Tread once put it, "There aren't enough of us and we don't ride enough."

So when people tell you to ride as if you're invisible, it's not just theoretical. If the driver approaching you is not looking for a motorcycle, then the concept of inattentional blindness tells us that you are invisible.