Why I chose a "beginner bike" as an adventure bike

First I found love, then love helped me find the “beginner” bike I plan to ride til I croak.

My boyfriend, Justin, and I planned a motorcycle adventure through Mexico, nay, the world, and needed matching dual-sports small enough for me, yet big enough for him to tolerate. So we ride a pair of Yamaha XT225s. Today’s big adventure bikes, though well equipped and amazingly capable, are unnecessarily tall and heavy for my five-feet, two-inch (er, OK, five-feet, one-inch) frame. Even on the tip of my toes, sitting atop my small-displacement dual-sport, I feel capable and in control, as I should.

It wasn’t always that way. The motorcycling influences in my life, from my father to friends, tended to ride big cruisers and upright standards. So when I felt ready to move on from my first bike, a Honda CM200, I got a friend’s 700 cc Honda Shadow. Having only been exposed to “road warriors,” I overlooked unfamiliar options. Yes, the Shadow was heavy, but the bike was low to the ground, so the weight didn’t bother me. At first.

Beaming with pride, I clumsily cruised down the highway on my Shadow. Eventually, I realized it didn't perform the way I needed, and honestly, I couldn't pick the damn thing up! Found that out the hard way.

Most of the people on the planet ride bikes under 300 cc (as we've noticed on our journeys) because speed limits hardly exceed 100 kph and 90 percent of the world's roads aren't paved! Why would we need anything heavier, faster or more technical? Right?

For every kind of riding or terrain, there's a proper bike. Actually, there are a few.

Since we plan to ride around the world, Justin picked our smaller dual-sports carefully. The man is certainly not as "petite" as I am, but our XT225s are big enough that he doesn't look like a clown riding them and they’re small enough for me to handle proficiently. It's the appropriate bike for the intended use, which in this case is on-road and off-road adventure motorcycling.

There are three reasons we decided these dual-sport “beginner bikes” were the right choice for our adventure.

For many people choosing a motorcycle, the "look" seems to be the most important detail. That rarely leads someone to buy a smaller motorcycle. But when all the other traits matter, they move to the foreground.

Our dual-sport “beginner” bikes can take on just about all the obstacles any other bike can. They may not be as comfortable, but they can do the job. And they can do all the jobs: keep up on freeways, climb a rocky hill, push through sand, and, in high-traffic areas, they're slim enough to lane-split like a boss. I have put only 5,000 miles on the odometer since picking up my XT, but I've ridden every kind of terrain I could get two wheels on.

Whether we want to admit it or not, size matters. Wet and loaded, my XT only weighs about 240 pounds.

With less weight, the engine and brakes don’t have to work quite as hard. Fuel efficiency is better. With the 4.1-gallon aftermarket Clarke tanks on our XT225s, and our average of around 60 miles per gallon, we have good range. Six speeds and light weight combine to let me cruise the freeway comfortably or tractor over difficult obstacles in low gear. It's perfect — for me. As every bike should be for its rider!

Most entry-level dual-sports are models that have been around for a quite some time. They have history. Many people are familiar with them and a great deal of information is available. They’re not complicated to fix or expensive to maintain. Parts are abundant. Smaller bikes equal smaller parts, and theoretically, less expensive parts.

Buying a smaller dual-sport can run you as little as a few hundred dollars — if you're willing to do some work — or as much as a few thousand, for one in good condition. These types of bikes are often so cheap that you could pick up a slightly damaged iteration and keep it as a source for spares. Spending less on the purchase of the motorcycle leaves you more money to outfit it for your specific needs.

An often overlooked expense for international adventure travel is shipping your motorcycle. Costs and availability are typically based on size and weight. A simple dual-sport may even be broken down and then reassembled.

Small bikes can carry less, but that can also be a positive. The less you can carry, the less you will carry, and hopefully the more you'll enjoy your trip, not weighed down by a surplus of "things." You're taking a journey away from home, not taking your home on a journey!

Put aesthetics aside and imagine the perfect adventure bike for your height, weight, strength, agility and most importantly, your true needs. What would it be? Would it be the 900-pound road warrior fully equipped for high-speed pavement travel and ill-equipped for off-road or even bad-road use? Or perhaps the 600-pound monster promising adventure and glory, but also getting stuck in the sand? Or would it be a simple, lightweight, slim, small-displacement dual-sport that will fit in with the locals in adventurous locales around the world?

OK, this all sounds a bit biased, but you already know my choice. So, before your next adventure, ask yourself: How much stuff do you need, how much money do you want to spend, how many times can you pick up your bike, and how much fun will you have? 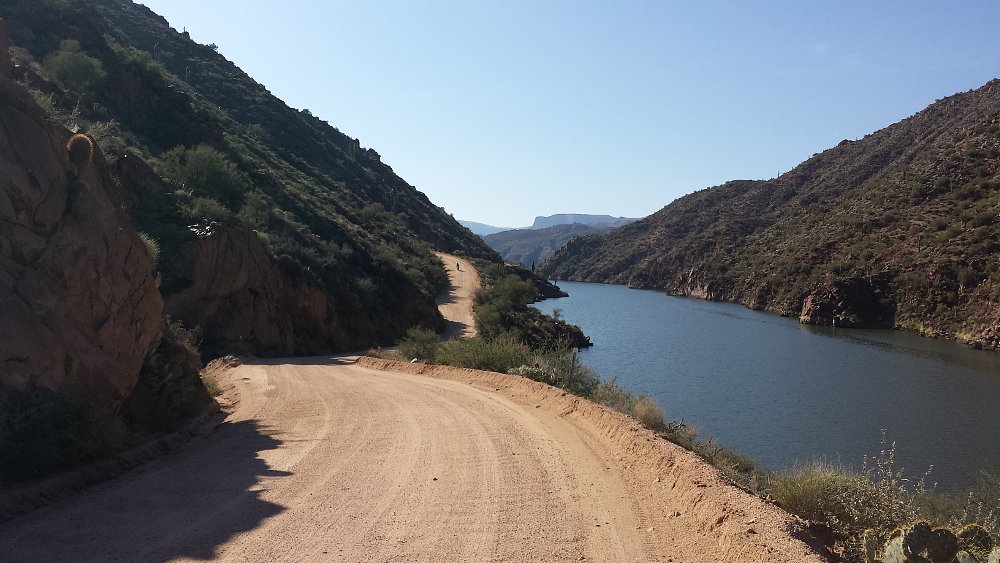 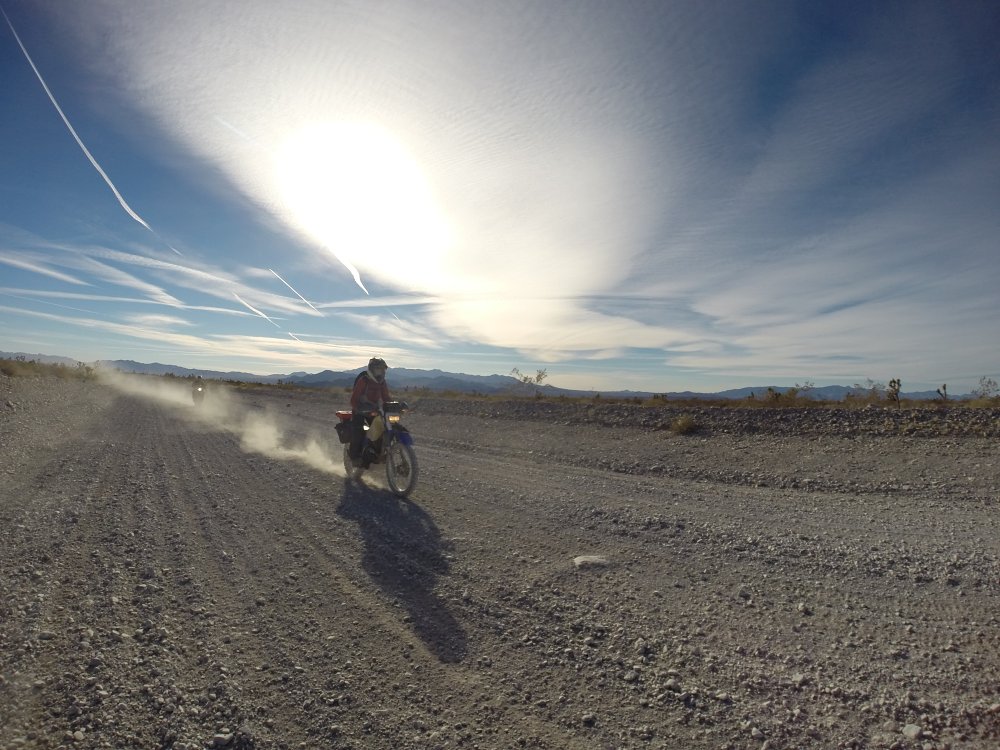 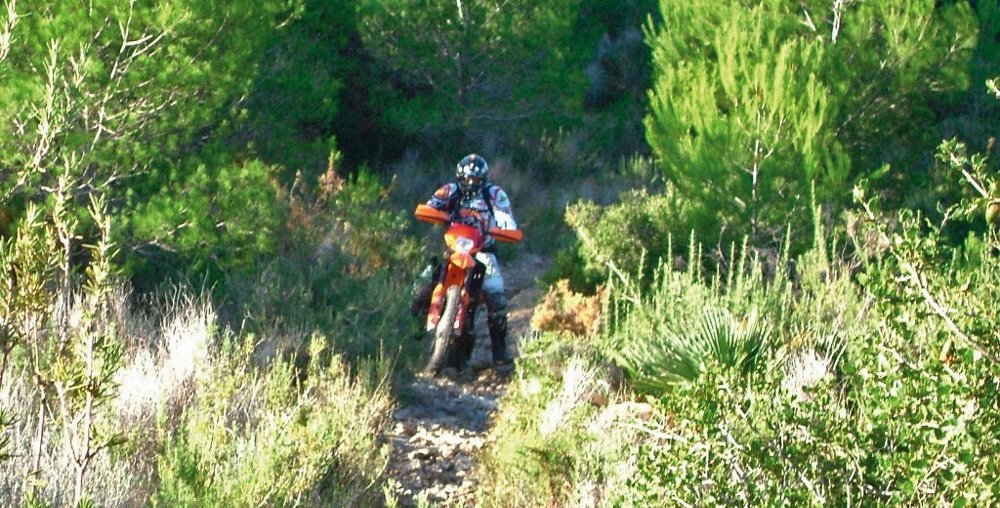