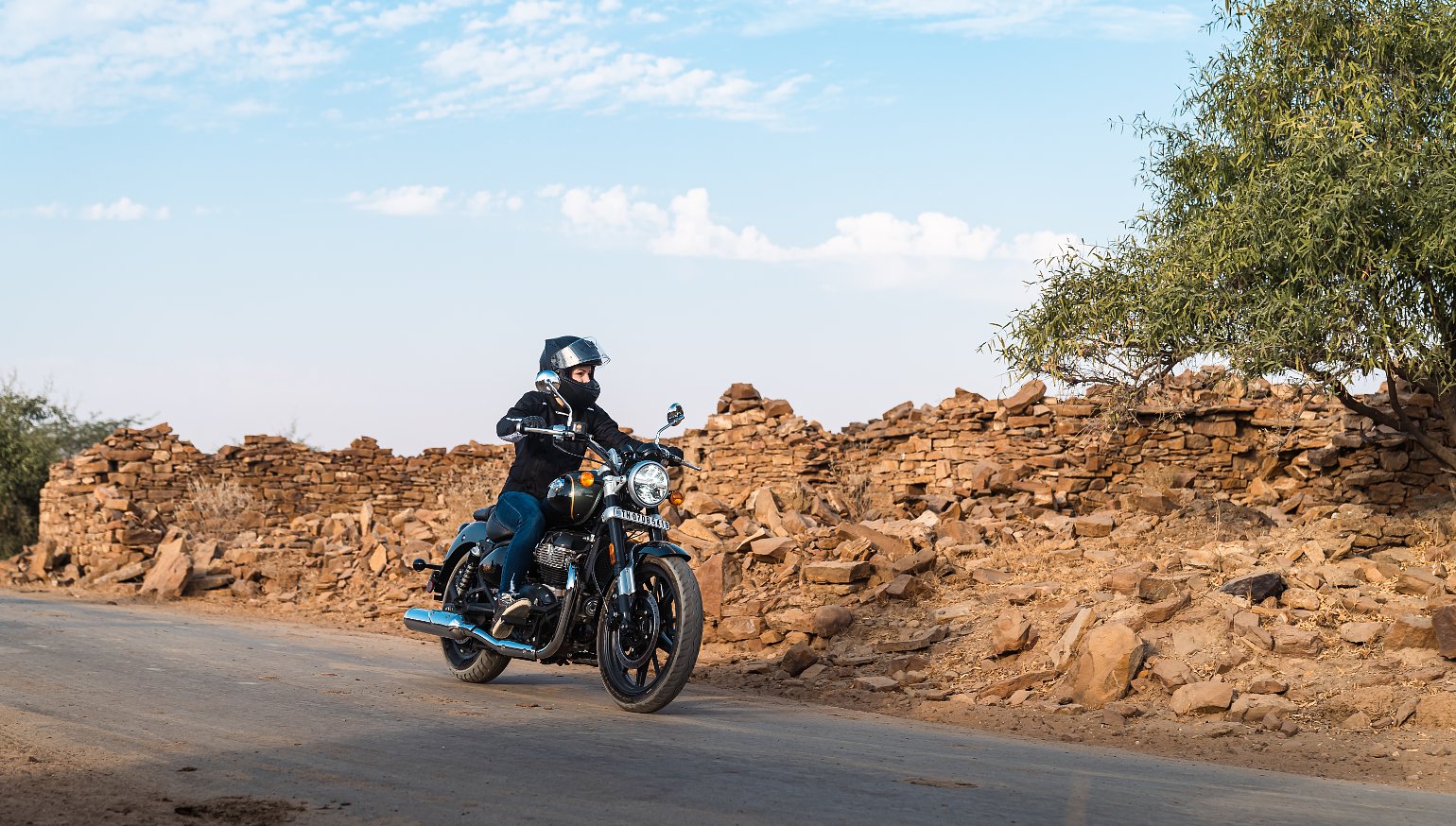 Wanderlust. The cliched term is perhaps a bit overused, but when I got the phone call to pack bags and ride a Royal Enfield in India it is hard to describe my reaction as anything else. My imagination went wild and my excitement grew to epic proportions.

It is a once-in-a-lifetime trip, and while my wanderlust might have been top of mind for me, Royal Enfield has been diligently focused on their own obsessive journey in producing the Super Meteor 650.

What makes a proper cruiser? It’s a simple question with endless answers. For Royal Enfield, it became their defining mission and design brief when engineering the all-new Super Meteor 650.

It’s a question that can be easily distilled down into the crudeness of a parts list or specifications table, but Royal Enfield’s inquiry searched deeper. From their perspective, a cruiser motorcycle isn’t just a machine but a state of mind. It’s a sentiment that arguably most cruiser riders instinctively know, as the category is better known for image and lifestyle rather than performance numbers. The Super Meteor 650 had to tap into that zeitgeist, and do it with the approachability that Royal Enfield has become known for.

While the United States is known as the home of cruiser heritage and culture, Royal Enfield whisked us away to India to experience a new flavor of the laid-back riding style. It turns out, the streets of Rajasthan were full of surprises that would test the mettle of any motorcycle.

Cruiser motorcycles have a distinctive stance and appearance, and the Super Meteor 650 is undeniably a cruiser at first glance. It has all the hallmarks of a “proper cruiser” — wide swept handlebars, forward foot controls, round headlight, low center of gravity, and aesthetics that stay true to the cruiser formula. Royal Enfield sprinkles in its unique spice to the category with the company's iconic “frame loop” that is a defining aesthetic feature of the bike. Other key details are the front fender metal accent and an exhaustive selection of colors and trims.

Throwing a leg over the bike and taking hold of the handlebar, I found the ergonomics of the Super Meteor to be agreeable. Forward foot controls normally irk me as a rider, especially so when there is a long stretch to the handlebar that painfully folds my back in half. Fortunately, the Super Meteor has a neutral, upright riding position and the forward controls aren’t too far forward to impede control or comfort. A quick standing-up in the saddle for bumps in the road is awkward yet achievable, and there was quite a bit of that when tackling India’s peaky speed humps.

With a 29.1-inch seat height, the Super Meteor 650 does sit a bit taller than other middleweight cruisers, but at five feet four inches tall, with a 30-inch inseam, I was comfortably on the balls of my feet. As far as the actual seat goes, I sampled both the Solo and Grand Tourer options and did find the grand touring seat to offer more padding and a slight change in its form that suited me better.

The Super Meteor still shares the same 648 cc parallel twin engine as its siblings. Most parallel twins on the market have a poor reputation for having the sound and character of a docile home appliance, purring quietly and obediently to life. The Super Meteor, on the other hand, fires up with some peppiness and idles with moderate vibration. Yes, there is something with a soul in here, I could feel it and I could hear it. I was ready to ride and get better acquainted with the Super Meteor and my new exotic surroundings.

India is a land of sensory overload in several ways. For a foreign motorcyclist like myself, this meant my first time riding on the opposite side of the road, for starters. It also meant sharing the lane with multiple vehicles at once, being bold in overtaking slower vehicles, keeping a wary eye out for camouflaged speed breaks and potholes, and dodging all manner of pedestrians and livestock that lingered in the streets. Suffice it to say, our routes through Rajasthan were an excellent opportunity to feel out the capabilities of the Super Meteor 650 in a dynamic and quickly changing environment.

The 648 cc parallel twin of the Super Meteor has spunky torque at the lower end, perfect for quick spurts of power to overtake the slower scooters and tractors that we encountered plenty of on the ride. For the pesky potholes, the wide-swept handlebar of the Super Meteor offered good leverage for fast countersteering maneuvers around these obstacles. The ABS brakes, both front and rear, also proved effective on the changing surfaces of the Indian roads, and they were engaged frequently for emergency stops as cattle, pedestrians, and on-coming traffic all were a constant factor on the ride. I also rapid-fired through the gear box as moving obstacles came in and out of my path and the Super Meteor didn’t hiccup once, despite some of my shifts being less than smooth. The Super Meteor impressed me in the tight confines of the chaotic Jaisalmer streets, but I was relieved when our ride opened up to more rural back roads leading to some of our points of interest on the ride.

Our first-day route took us to amazing sites like the ghost town of Kotri and Khaba Fort. Reaching these destinations meant tackling ancient cobblestone streets, gravel roads, and even some deep soft sand dunes that had crept over the asphalt. The adventurous conditions of India’s roads kept me perked up and the Super Meteor 650 plodded through these obstacles with little fuss. The only thing lacking from our route was some long sweepers or more cornering opportunities. It is hard to describe the suspension capabilities of the Super Meteor without these data points. From what I could discern on both days of riding, the all-new upside down fork and dual rear shock systems were more than adequate for what we encountered.

Our day-two ride was considered the “classic cruiser route,” focusing on rolling straightaways through the Thar Desert as we commuted from Jaisalmer to Khimsar. As the city shrunk smaller in the mirrors, the roads opened up to straighter and faster thoroughfares that jutted through the Indian desert landscape. It was time to tap into that “Zen of cruising” and just relax a little bit as the Super Meteor 650 careened along the wide open roads. In the taller gears, the engine found a happy medium in the mid-range and motored on with minimal buzziness in the handgrips or footpegs. The American cruiser market often adheres to the “bigger is better” mantra when it comes to engine size, but the 648 cc engine of the Super Meteor is certainly capable of any reasonable cruising speed a rider might want. On the faster sections of freeway, we opened up the throttle and I was easily over 85 mph with plenty of juice left in the Super Meteor. Fearing the inevitable cattle crossings that are frequent on India’s roads, I backed it down to the mid-60s on the speedometer (or rather, around the 100 kmh of this particular motorcycle’s dash, as all of the demo models were set up for the India market).

While the rider triangle is comfortable at slower speeds, the rushing of the wind at top speeds forced me to lean forward a bit, creating some aches between the shoulder blades. I also found the seat to wear thin surprisingly fast, and so at one of our pit stops I was able to swap from the Solo Tourer model to the Grand Tourer edition to see if the add-ons would eliminate these nuisances.

While the windscreen did help push me back into the saddle and alleviate the back aches, I did find the wind was still making its way around the screen and creating a buffeting effect right at helmet height. The touring saddle was an improvement over the thinner stock seat, but only marginally so. The Grand Tourer add-ons were helpful, but not complete solutions to these nagging issues that would only grow more cumbersome on long, all-day rides. Another “creature cruiser comfort” that could go a long way for these machines pegged at touring would be cruise control, though understandably difficult to add-on as the Super Meteor does not have ride-by-wire capabilities (and would jack the price up too).

Hunkered into the saddle and motoring along these long stretches of straight roads gave me time to think, almost meditate even. In between the excited sparks of “I’m riding in India!” that circumnavigated my consciousness, there was also another question beyond “what makes a proper cruiser.” And that question is — who is the Super Meteor 650 for? Lost in my own version of wanderlust while navigating the joys and dangers of a foreign country like India, I began to get a sense of who the Super Meteor 650 is really for.

A mental image forms in my head, from countless conversations I’ve had with riders and non-riders alike who are enamored with the dream of a long-distance motorcycle trip with no itinerary or reservations. They want the roads to be easy, carefree, and winding. They want to travel great distances to see new sights, enjoy the adventure of the open road, and they want to do it as cheaply and with as few frills as possible. The huge, heavy, powerful, and pricey full dress touring cruisers on the market are not what they are looking for. This new peripatetic rider values simplicity, frugality, and wants to build character and personality on this long-distance trip on board a bike that hasn’t been over-built to the purpose. The Super Meteor 650 might be exactly what they are looking for.

The Super Meteor takes aim at the rather underserved market segment of a middleweight cruiser. Lightweight cruisers like the Honda Rebel 300 or Royal Enfield’s own Meteor 350 don’t exactly fit the bill for a long trip, with small gas tanks and underpowered engines better suited for short-distance commuting. When it comes to the next step up, the Honda Rebel 500 still falls a tad short of the mission, too.

This ultimately leaves the Kawasaki Vulcan S and Yamaha Bolt hanging out in the middleweight category, not exactly an over-abundance of options for the gadabout rider. The Super Meteor 650 enters the stage with some enticing attributes that specifically appeal to this demographic, such as a classic British heritage and the cachet of not being ubiquitous, like the aforementioned models. In the American landscape, Royal Enfield motorcycles still have that quality of rarity that the wanderlust rider is attracted to. While the Kawasaki and Yamaha are excellent economical machines, they lack that uniqueness. While their engines are bullet-proof and reliable, they also lack the character and sound that the Super Meteor 650 produces. For this specific rider, a motorcycle that embodies that spirit of escaping the ordinary is of equal importance. In that endeavor, the Super Meteor 650 delivers.

At the time of writing, Royal Enfield is still unable to provide a MSRP or confirmed trim and color options for the U.S. market (to be announced in early summer). Price, of course, is a critical factor for many riders, especially so for my imagined wanderlust persona. Judging by the announced pricing for the European market of €7,890, the best guess I can make at this junction is somewhere in the $7,000 to $8,000 range. The Super Meteor has a tentative date of arrival in U.S. dealerships starting early summer of 2023.

While Royal Enfield sought to check all the boxes of a proper cruiser, I checked as many boxes of my own in exploring a new country and culture. The Super Meteor 650 was an enjoyable companion for such a trip, and undoubtedly will be so for many other riders worldwide seeking their own versions of wanderlust. 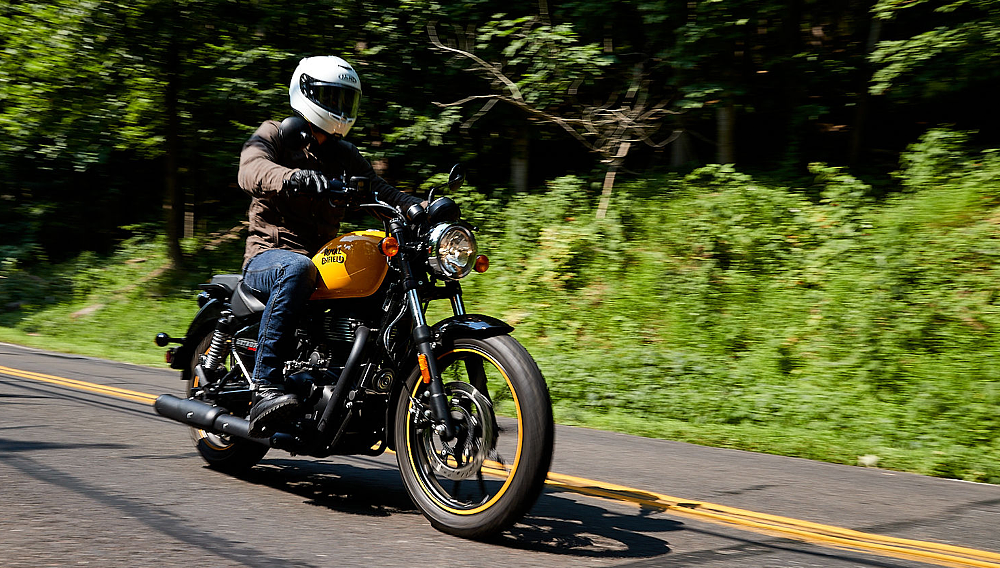 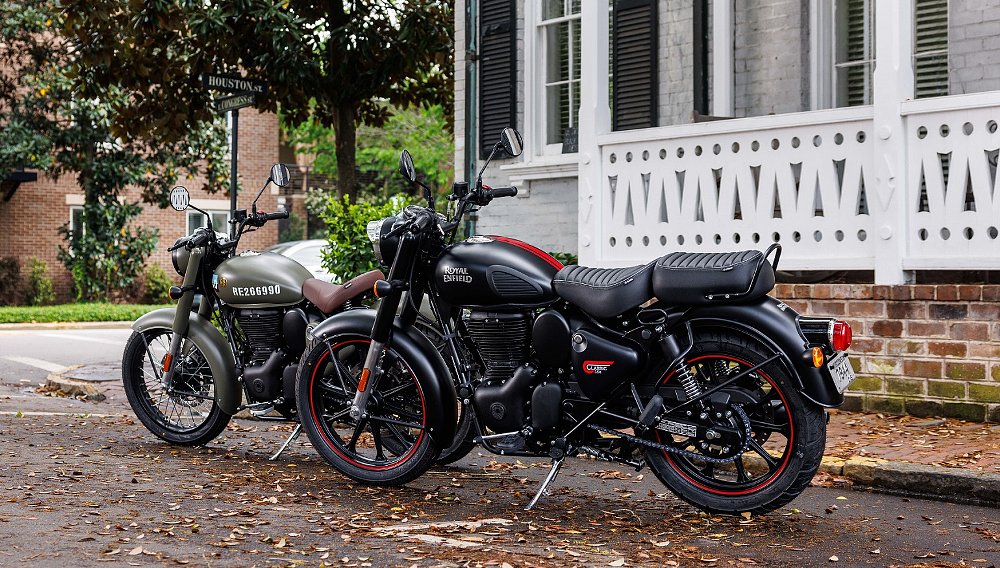 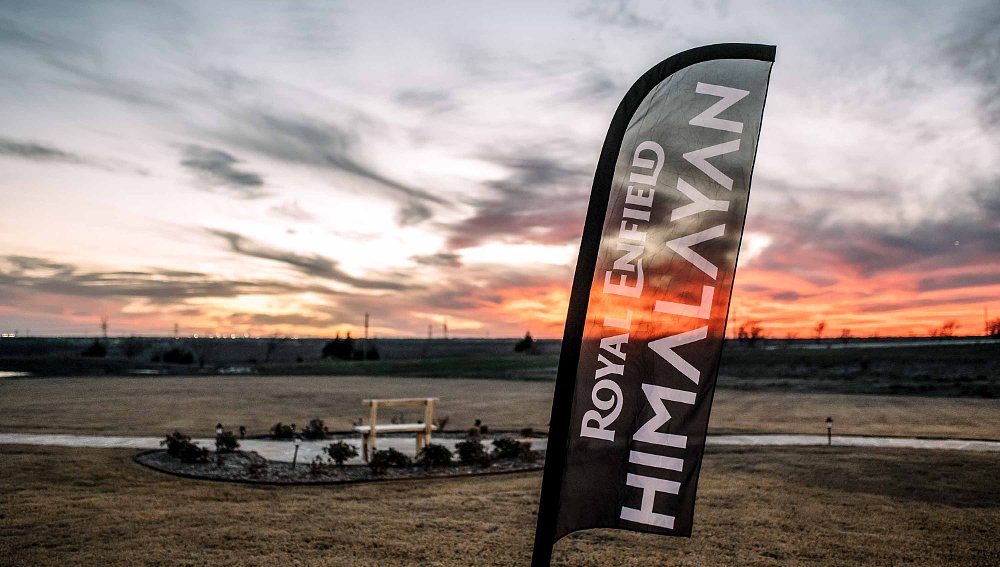 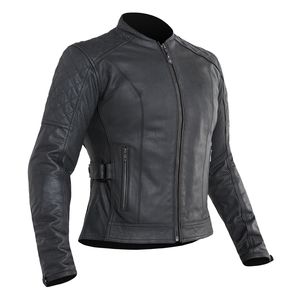 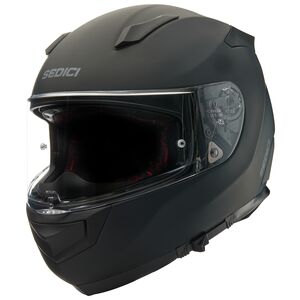 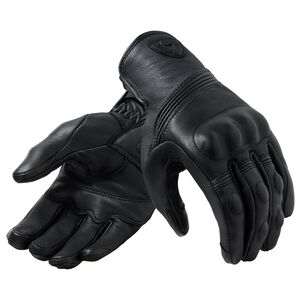 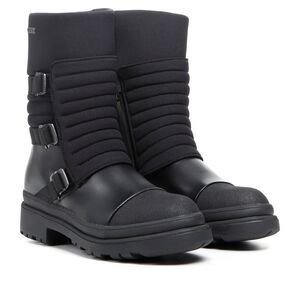