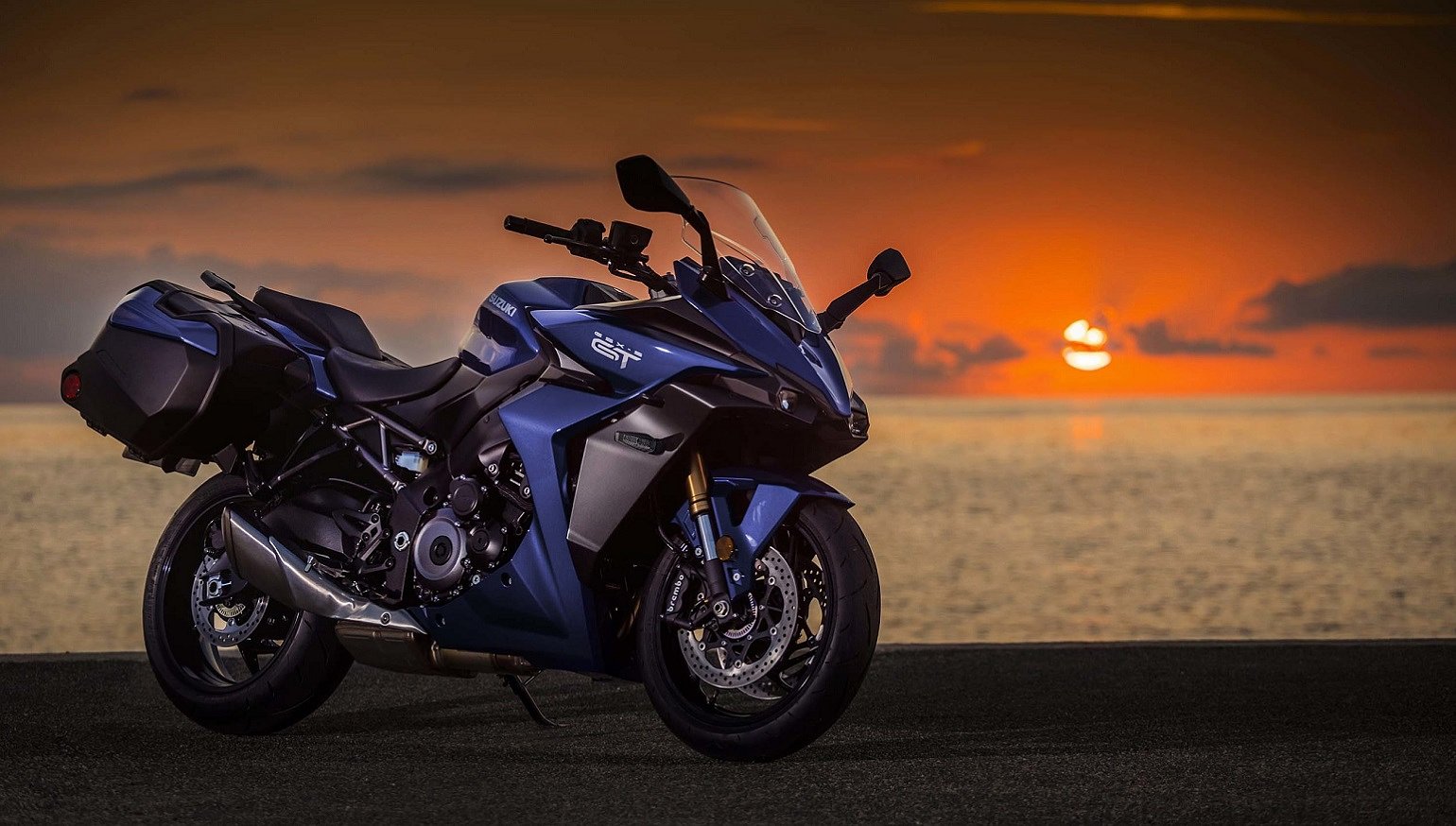 Despite rumors to the contrary, the traditional sport-touring motorcycle is not dead yet, and Suzuki has added another option to the segment with its GSX-S1000GT+ for 2022.

Suzuki unveiled the new model last week, but without the most critical piece of information: the price. Now we have all the details, so it's time for a quick look at the newest competition in the class of affordable but fully equipped sport-touring motorcycles.

Sport-tourers have been evolving, and that's the very topic of an upcoming Highside/Lowside podcast. All the attention in the segment these days seems to go to the adventuring-touring motorcycles or street-going variants with a big dose of ADV style, such as the Yamaha Tracer 9 GT Zack reviewed recently. Meanwhile, traditional sport-tourers like the Honda VFR800 have disappeared and for touring Triumph gives us Tigers instead of Sprints and Ducati gives us Multistradas instead of STs. (Anyone remember the ST line?)

That obscures the fact that there are still half a dozen traditional sport-touring motorcycles available on the U.S. market, ranging from touring-oriented shaft-drive bikes like the Yamaha FJR1300ES and the Kawasaki Concours 14 to sport-oriented bikes like the Kawasaki Ninja 1000SX, plus the BMW R 1250 RS that has a bit of both. The Suzuki fits into the affordable, sport-focused end of that spectrum.

Like the GSX-S1000 naked bike, the new GT uses a revised version of the engine previously used in the GSX-R1000 sport bike. The liter-class power is controlled by three selectable ride modes and five traction control settings. About the only feature you might expect on the GT that it doesn't have is an IMU to add lean-angle sensitivity for traction control and ABS. The GT does come with cruise control and a bidirectional quickshifter, two features that seem very popular with Common Tread readers. Power flows through a slipper and assist clutch to chain final drive.

The GT is the first Suzuki with a full-color TFT dash and it also features Suzuki's mySPIN system, an app that allows your smartphone to communicate with the TFT dash.

The difference between the GT and the GT+ is the integrated, color-matched, 36-liter panniers, which can be keyed to match the ignition. Compared to competitors that charge around $1,000 or more for hard saddlebags, Suzuki's $650 side cases appear to be a bargain, if they work well at all.

Suzi versus the Ninja

The obvious and most direct competition for the GSX-S1000GT is the Ninja 1000SX. Prices are similar: $12,599 for the Ninja plus $979.85 for the optional panniers, mounting pieces and key kit (plus another $149.95 for color-matched panels) versus $13,149 for the GT and $13,799 for the GT+. The Kawasaki offers more electronics, with an IMU to factor lean angle into traction control and ABS, while the Suzuki is a little lighter and may turn out to be a bit more powerful.

For those of us who are traditionalists and still think the best approach to building a sport-touring motorcycle is either to make a sport bike more comfortable and better equipped or make a touring bike lighter and sportier, instead of streetifying an adventure-touring motorcycle, having another option at the less expensive and more sporty end of the scale has to be a good thing. 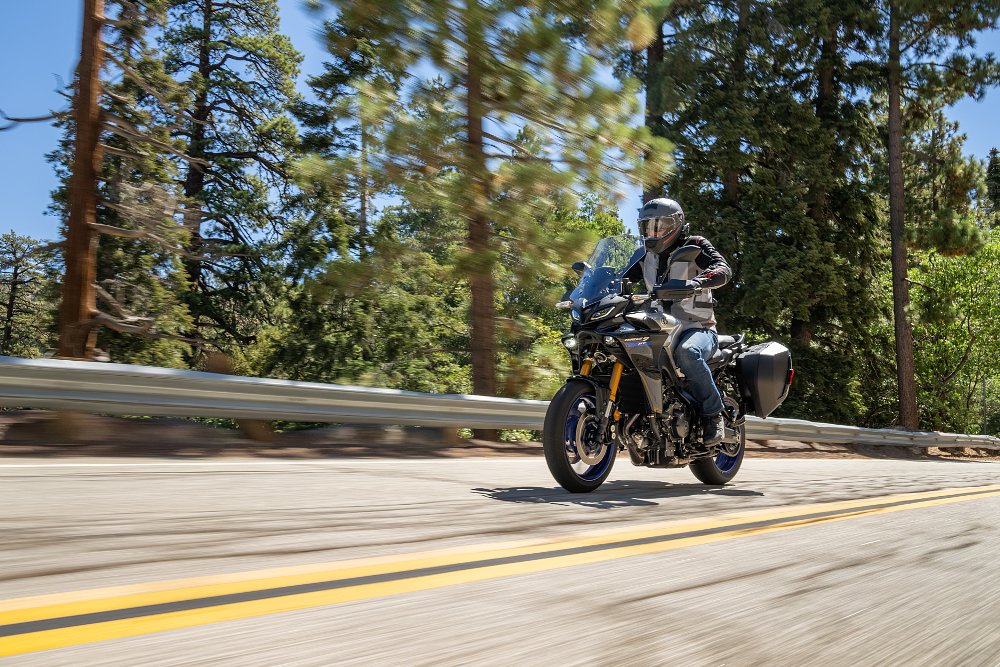 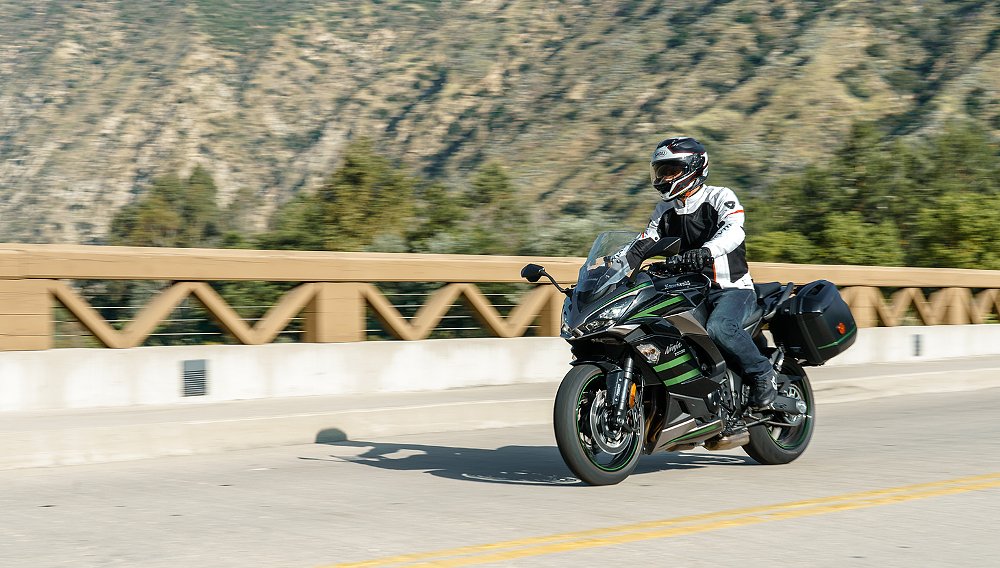 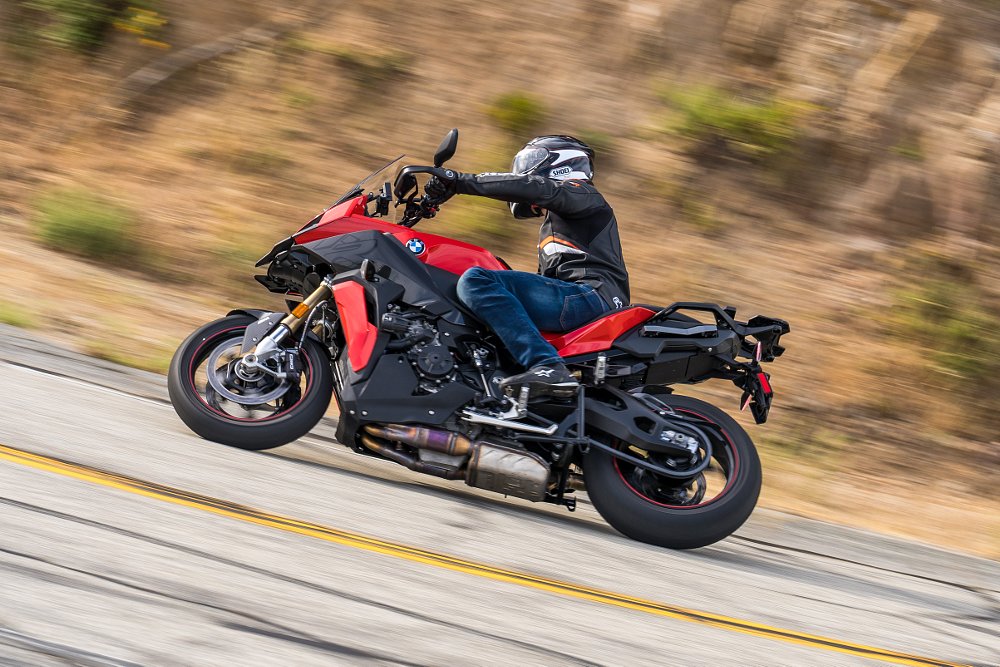