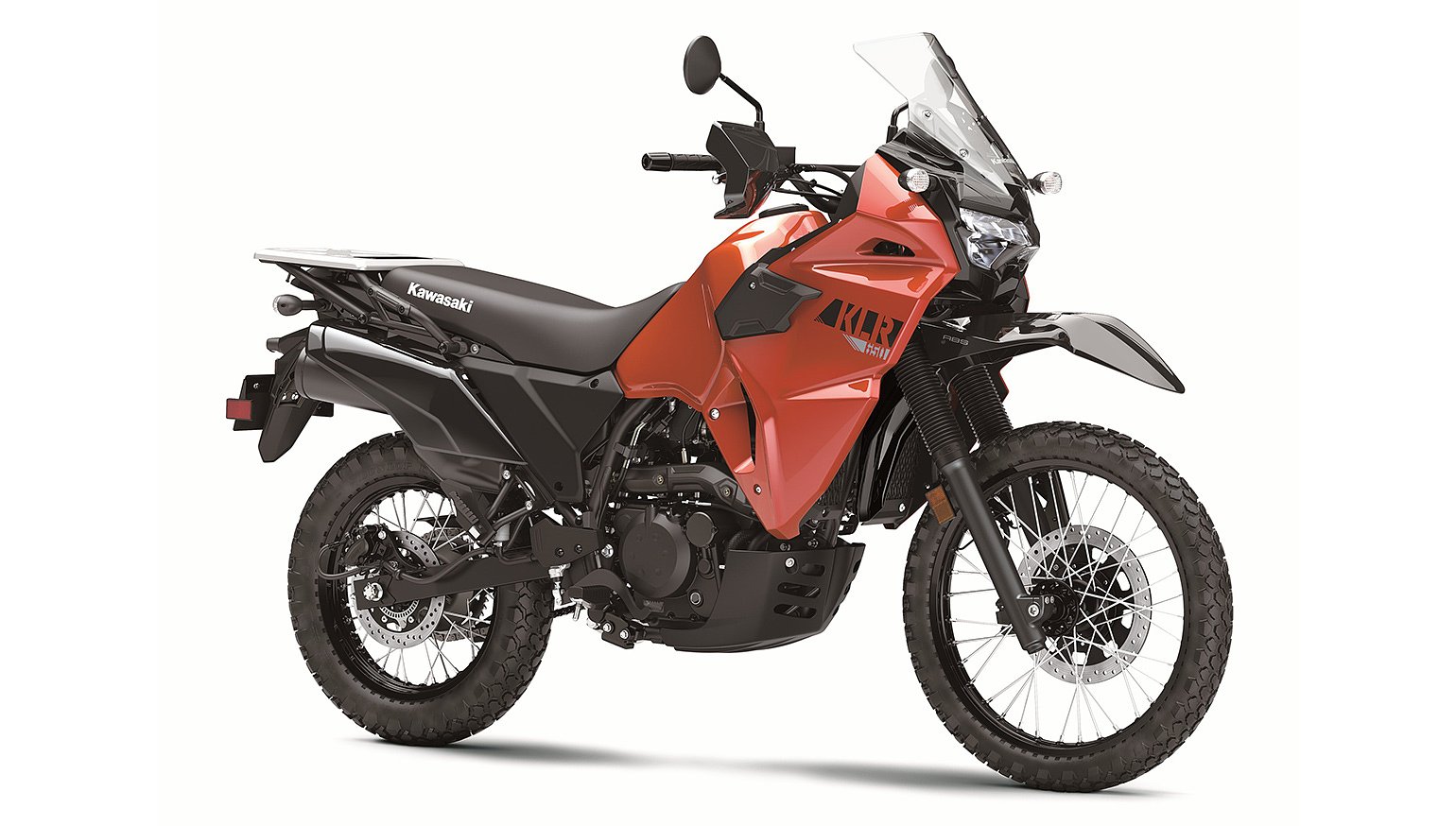 I knew some version of this story would hit my desk someday, and I expected to write something like this: "The new KLR is an all-new adventure motorcycle from Kawasaki, powered by the old Versys/Ninja/Z 650 parallel twin and available with cast or spoked wheels. The only connection to the old KLR650 is the name, which is too bad." Boy, was I wrong.

Instead, the KLR 650 has returned with a fuel-injected version of the good ol' 650 thumper, with a host of changes to bring the model into its next generation. "The legendary dual-sport bike is back and better than ever, refined and ready to make new memories," says Kawasaki. Fuel injection apparently saved the stalwart 652 cc lump from extinction. Many thought that the second coming of the KLR would involve an additional cylinder, as well as a change in purpose. The KLR could have been more street-oriented, like Kawasaki's own Versys 650, or more modern ADV-oriented, a la Yamaha Ténéré 700. Happily (at least in my mind), the KLR is a jumbo dual sport with its trademark single-cylinder engine, 21-inch and 17-inch wheels, rugged looks, and bare-bones feature set.

The engine appears to have kept its traditional architecture, now with tweaks to the cams, camchain tensioners, USFS-compliant exhaust, and clutch to help it run cleaner and smoother. Kawasaki's materials didn't indicate any changes for the infamous "doohickey" and spring, nor did they quantify the revised engine's power or torque. Additional changes were made to the transmission and shifting components to increase their durability. Kawi knows these bikes will be thrashed, just as they've been since 1987, so better bearings and some stronger gears have been added. Still a five-speed, though.

The KLR 650 gets a new digital dash (with fuel gauge!) that fits right in with the angular, no-nonsense bodywork. That bodywork looks different for a reason; the updated look also provides more wind protection than the previous models without making the bike overly bulky. Still, there's plenty of space in the cockpit for mounting navigation equipment and other electronics.

A new two-position windscreen can add an additional two inches of wind protection on top of that for reduced buffeting, and with the newly boosted fuel capacity, it's clear that Kawasaki wants KLR riders to push their bikes further. (Tank volume is the same as before. They moved the fuel pump's pickup to the very bottom of the tank.) Team Green also redesigned the seat, added vibration dampers for the controls, shifted the rider triangle, and improved passenger grab bars.

The frame hasn't changed too much, although there's a new swingarm and a burlier swingarm pivot shaft. The KLR's soft suspension has been overhauled with stiffer springs, stronger wheels, beefier brake discs, and larger axle shafts.

There's even optional ABS. "Jointly developed with Bosch, Kawasaki’s Dual Purpose ABS is carefully tuned to assist riders with stopping effectively in a short distance whether on the road or in the dirt," according to Kawasaki's release. "ABS intervention timing is later than normal on-road ABS due to decreased traction on the dirt. This helps provide a more natural brake feel in the dirt as the tires may slide slightly." Again, ABS is optional, so you can still get the "authentic" KLR experience.

With the continued popularity of adventure riding, Kawasaki couldn't miss the opportunity to make the KLR a little more ADV-friendly. The revisions start at the tail, where the subframe has been reinforced to support luggage and cargo better. Kawi then targeted vibrations coming from the single-cylinder engine, which is especially important now. The new KLR must coexist with smoother twins like the Ténéré 700, or even KTM's 790 Adventure. Such bikes were nonexistent when the KLR was last updated. With any luck, they'll get a decade or two out of this redesign, as well.

Riders are also running more electrical gear than ever, so the KLR 650 uprated the charging system and swapped that LED headlight in for an 80W capacity. That's plenty to run lights, heated gear, a GPS, and other farkles.

A final update is the addition of two ADV-oriented trim levels that come pre-outfitted for touring and adventure duty. The KLR650 Traveler comes with DC/USB ports and a standard top case, and the KLR650 Adventure is spec'ed with engine guards, DC/USB ports, auxiliary LED lights, and 21-liter side cases by SHAD.

The "unkillable" KLR has earned its reputation, no doubt. What a feat to come back from discontinuation, still rocking the same basic design and ready for another generation. It's the stuff of legend.

The KLR650 will be available in Pearl Lava Orange, Pearl Sand Khaki, and Cypher Camo Grey. 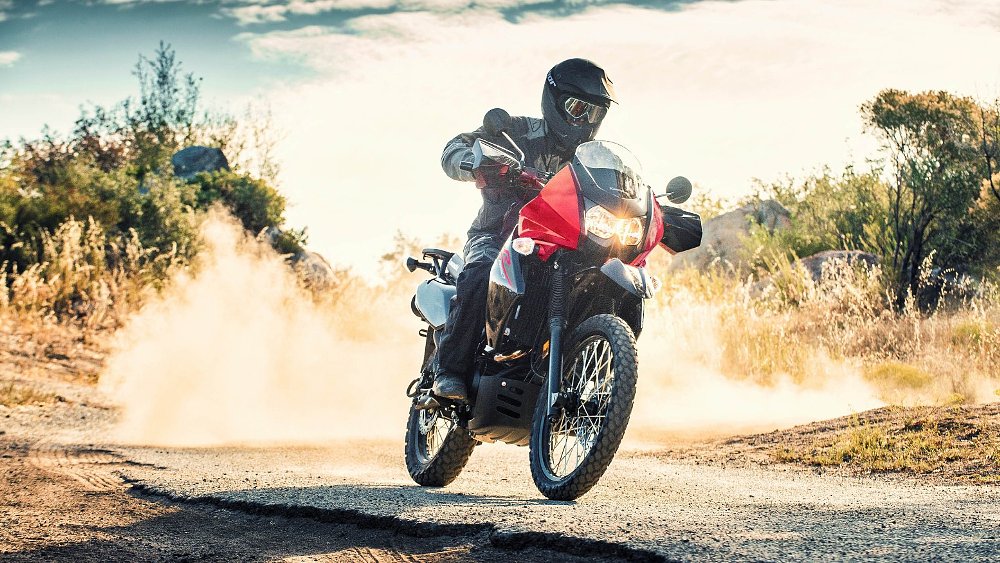 The KLR's long run is over Lemmy 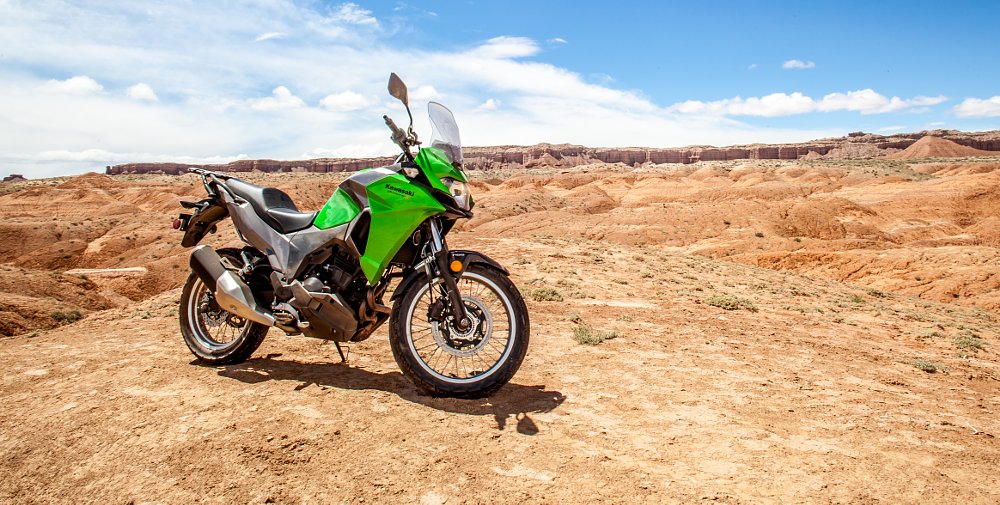