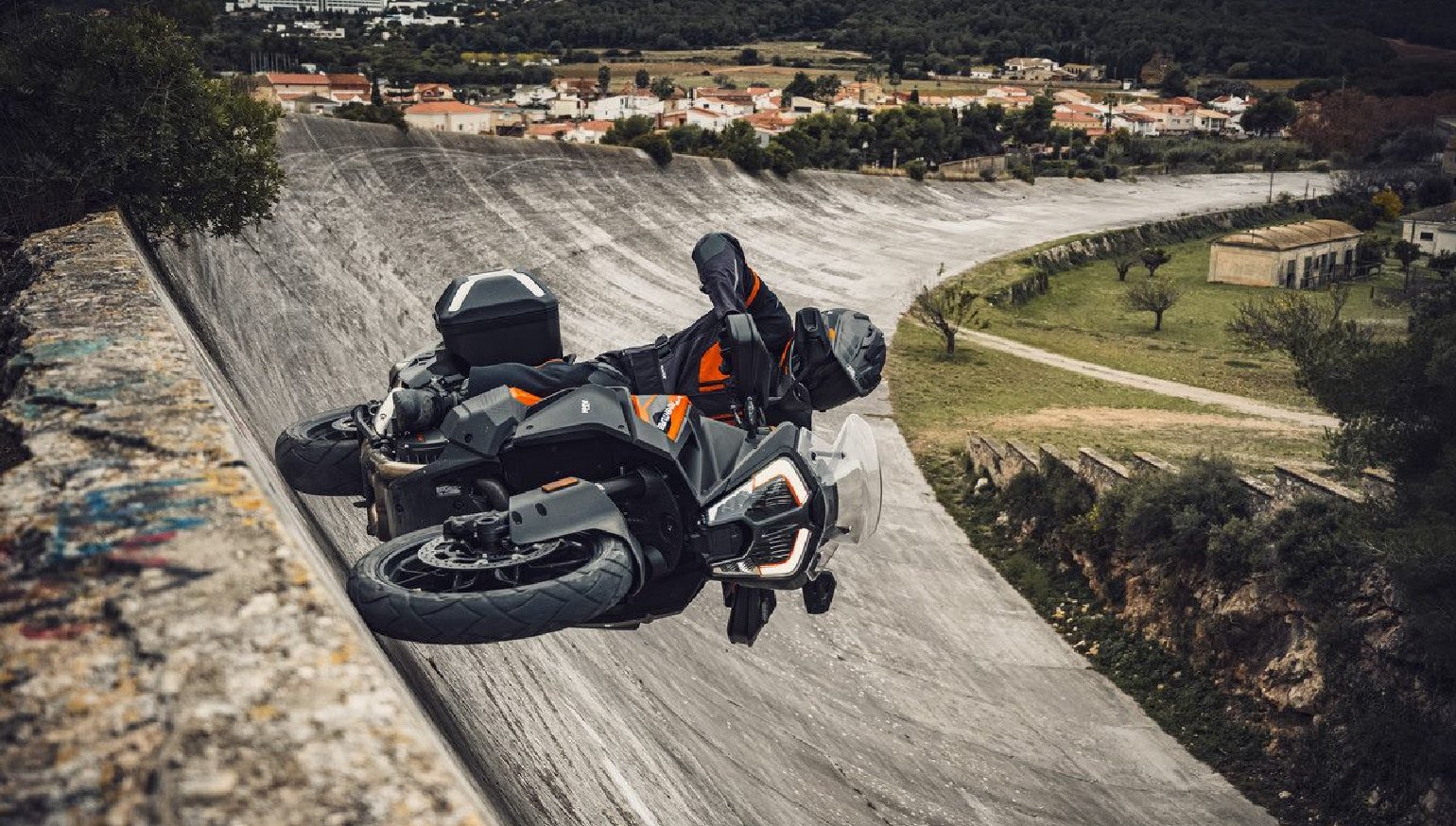 KTM’s mighty 1290 Super Adventure S needs no introduction. In KTM’s own words, it’s “the sportiest and most technologically advanced Adventure bike to ever roll its wheels off the production line in Mattighofen.”

What the bike did need, however, was a refresh to stay competitive with bikes like the Ducati Multistrada. Read on for a closer look at KTM’s third generation of liter-plus adventuring.

Principal among KTM’s upgrades is the addition of adaptive cruise control as standard equipment, a first for the class and a big bragging point in the premium sport-ADV segment. KTM uses a Bosch setup that “automatically adjusts the safe distance to traffic ahead according to five stages that can be set with the re-designed handlebar switches.” The radar sensor is situated at the bottom of the headlight, where it sure looks more natural than Ducati’s efforts on the new Multi. Bosch also provides their Motorcycle Stability Control system for cornering and off-road ABS.

There’s a tilt-adjustable, seven-inch TFT dash, a Connectivity Unit to integrate with your phone, cleaner menu designs, new switchgear, and customizable buttons to quickly direct you to your favorite settings and adjustments. There's even a little phone compartment with a built-in USB charge port, not unlike the storage seen on the classic 990 Adventure back in the day. The optimized fuel tank, now holding 6.1 gallons, gets a keyless cap as part of the fully keyless security suite.

The last big change is part tech, part suspension, as the 1290 Super Adventure S receives next-gen WP APEX Semi-Active Technology (SAT) suspension. Better damping and more sensors make for an ultra-responsive front end. The 1290 Super Adventure’s suspension can be taken to even greater heights of techno-augmentation with the Suspension Pro package (anti-dive with toggle, individual damping for the fork and shock, auto preload adjustment) from KTM’s PowerParts division. There’s also a Rally Pack that adds RALLY mode and MTC slip adjustment, or the super-duper Tech Pack that combines the Suspension Pro and Rally Pack features, plus, Motor Slip Regulation, Quickshifter+, hill hold, and adaptive brake lights. Have I mentioned there’s a tech arms race in this class of motorcycling?

KTM shaved three and a half pounds out of the 1,301 LC8 engine while maintaining full EURO 5 compliance. It’s producing 160 horsepower and 100 foot-pounds of torque. The pistons and cooling system have been reworked, the radiator channels now direct engine heat away from the rider’s legs, and the engine is even more efficient than before.

The chassis redesign moved the steering head back 15 mm, lowered the seat height, lengthened the swingarm, and rearranged the front engine mount to make the 1290 Super Adventure even more compact and agile. Speaking of the seat, it’s adjustable by 20 mm to fit a a wider range of riders. The windshield is adjustable by 55 mm and provides even more protection than before after wind-tunnel testing. The plastics have been reworked to better suit the rider’s body, particularly the legs, for longer days in the saddle.

Call it a speedy adventure bike, a hooligan's grand tourer, or a cannonballer’s ideal Katoom, this is peak Super Adventure. Pricing TBA. I'd expect this motorcycle to ring in just under the $20,000 mark without any add-on packages. 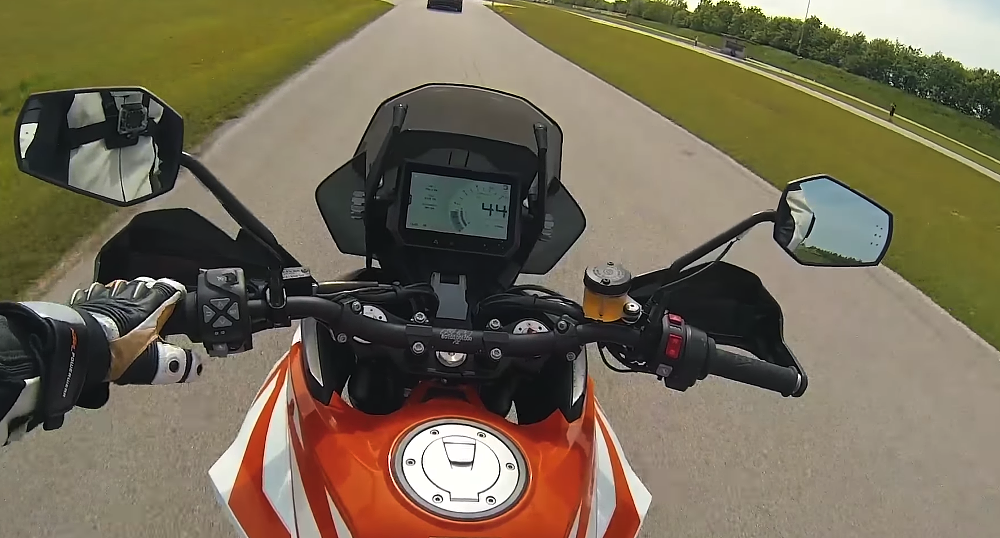 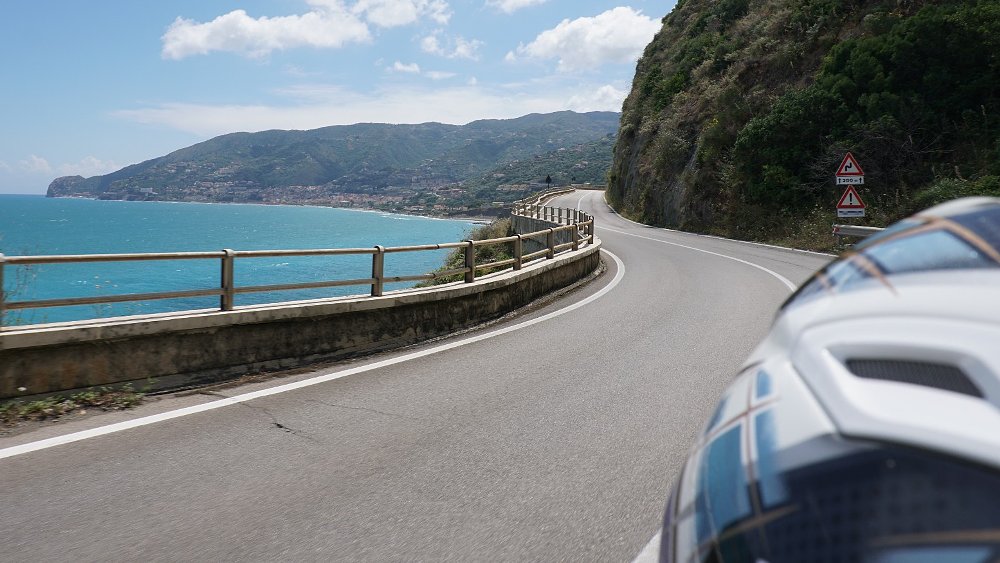 Burn the garlic: On a Super Adventure in Sicily Mark Gardiner