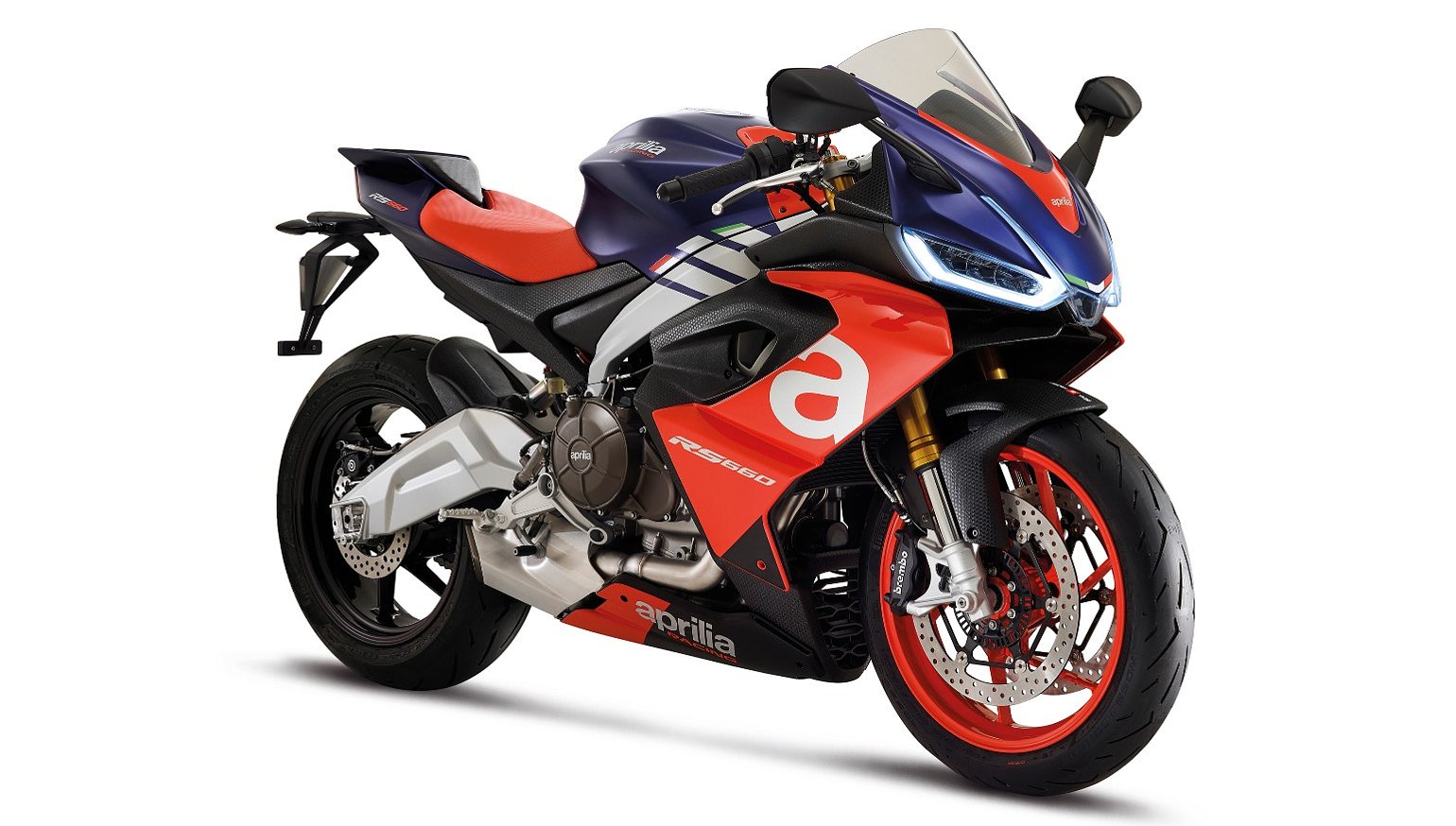 Riders looking for a middleweight sport bike have had to choose between harshly track-focused four-cylinder supersport 600s and more mildly tuned 650s, usually twins, with lower-spec components. The new 2020 Aprilia RS 660 charts a new course, including some features that were simply not previously available in the class. And while we still lack one key detail (price), it's an intriguing new course.

Aprilia has made it clear the RS 660 is just the start of a new line of middleweights. By taking the front half of its 1,100 cc V-four engine, Aprilia has made a lightweight and powerful parallel-twin sport bike, claiming a dry weight of 373 pounds, moved by 100 horsepower. The double overhead cam engine with a 270-degree crank is tilted forward and solidly mounted in the lightweight frame and it's backed by Aprilia's extensive electronic rider aids.

The list of electronics is long: adjustable traction control, wheelie control, quickshifter for both up and downshifts, and, something you won't find on other bikes in this class, cruise control. The RS 660 is fitted with an intertial measurement unit to factor lean angle into the ABS intervention.

The RS 660 comes with five rider modes, three for the street and two for the track, showing how Aprilia expects this bike to be used by a wide range of riders for daily rides and track days. The street-focused modes are Commute, for daily riding, Dynamic, for sport rides, and Individual, which allows the rider to customize the settings. For the track, there are Challenge and Time Attack. The first is the regular track setting and the latter is also customizable to allow an expert rider to fine tune the settings.

Another upscale detail: the full-color TFT dash, which also allows the optional Aprilia MIA (sounds better in Italian than English) connection with your smartphone for managing voice commands, calls and even navigation displayed on the bike's screen.

While the bigger RS models already have aerodynamic wings, Aprilia took a different approach with the fairing on the RS 660. Instead of tacking on winglets, Aprilia created what it calls a "double fairing" that integrates the aerodynamic features. Aprilia says this design not only creates downforce for stability at high speeds, but also helps funnel hot air away from the rider, something that is already less of a problem with the parallel-twin engine than it is on Aprilia's V-fours.

Speaking of the fairing, it incorporates both daytime running lights and cornering lights, as well as integrated turn signals (which are self-canceling) to minimize frontal area.

The RS 660 will come in two colors: one all black and another an homage to the company's rich racing heritage in the 250 cc two-stroke era. "The pairing of purple and red is a tribute to the RS 250 in its 1994 Reggiani Replica version, the last real sport bike of the two-stroke era, still beloved by motorcyclists and highly sought after by collectors," Aprilia explains.

That's a lot of goodies. Name another bike that has that kind of power-to-weight ratio and that level of electronic aids from the sport world, along with features like cruise control and cornering lights from the touring world. There isn't another one.

Of course that raises the obvious question of what all this is going to cost. So far, Aprilia hasn't told us that.

Aprilia also showed the Tuono 660 Concept at EICMA. Proving once again that naked bikes just aren't as naked as they used to be, the Tuono Concept just has a skimpier fairing over the same mechanical parts and a higher handlebar. It backs up Aprilia's promise, however, that the RS 660 sport bike is just the beginning of the new line, not the end. 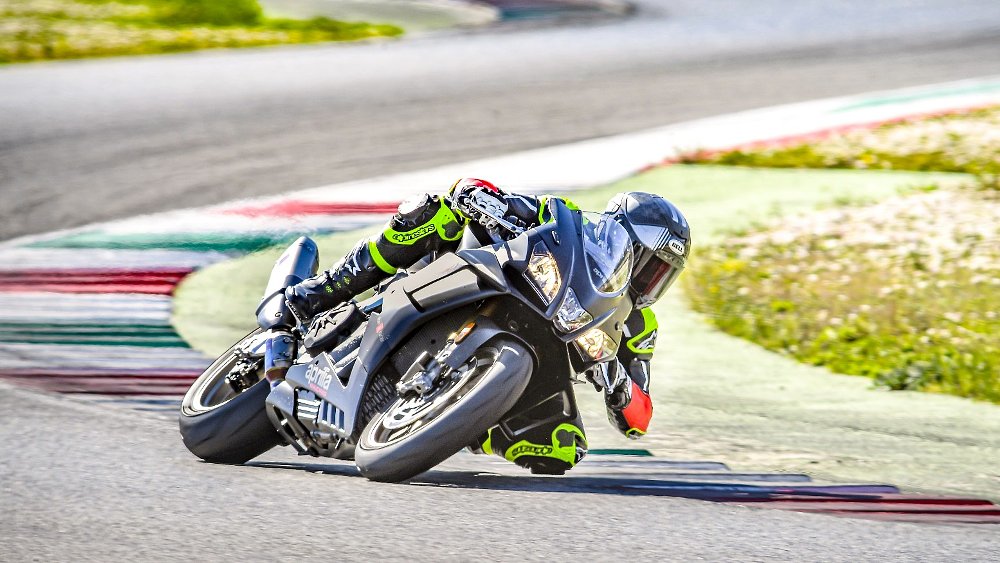