Sugomi: An intense aura or energy given off by a person or object of greatness and felt by the viewer. Someone, or something, possessing sugomi inspires awe, leaves an indelible impression, is imposing in stature or ability, and commands respect.

“Sugomi can be seen in the crouching form of a hunting predator as it gathers energy in preparation to strike, muscles tensed in anticipation, eyes locked onto its prey.” — Kawasaki

Kawasaki says the 2014 Kawasaki Z1000 ABS was designed, both in terms of performance and aesthetics, with this concept of Sugomi in mind. Sugomi influenced every decision, from the piercing headlights to the lack of things like traction control…but we’ll get to that.

The 2014 Z1000 is the fourth generation of the platform, which made its debut in 2003. The engine was bumped from 953 cc to 1,043 cc for the third generation in 2010, and this new version receives minor changes to the engine and new styling.

The Z1000 uses a twin-spar aluminum frame, which is derived from the one on the Ninja 1000. It’s cast as a single unit with a swingarm pivot to eliminate the need for welds. The engine, which is used as a stressed member, is bolted to the frame in three places and rubber mounted at the rear of the upper crankcase.

Kawasaki has stayed ahead of its Japanese competitors in the evolution of front suspension. The Z1000 uses a Showa fully adjustable 41 mm inverted Separate Function Fork – Big Piston (SFF-BP). This design makes front suspension adjustments easier, even while you're out on a ride. Stepless compression and rebound damping are adjusted on one fork leg, and spring preload is adjusted on the other. Rear suspension is handled by a horizontal back-link rear shock, which is adjustable for rebound damping and preload, and is located away from the possibly performance-degrading exhaust heat. The placement also centralizes shock mass for better overall bike balance.

The Z1000 carries standard ABS monobloc front calipers that mate with 310 mm wave-type rotors, 10 mm larger in diameter than the ones on the Z’s full-fairing cousin, the Ninja 1000. The rear sports a 250 mm wave-type rotor with a single-piston caliper that also has ABS as standard.

Styling wise, the Z1000 personifies the phrase “whole new beast.” It is the first Japanese bike to go all LED for the headlights, though we imagine most people will be talking more about their low, glaring countenance than the technology used.

Kawasaki says the intent was to make the Z1000 look like a predator crouching to attack. With the low headlights, the gas tank shaped like a cat with its hair standing on end, and the wide and low handlebar, we’d have to admit they got it spot on.

The first day I got the bike, I rode it about 250 miles, which included open freeways to Malibu and a plethora of canyon miles, followed by almost 100 miles of rush hour traffic on one of the worst, most heavily commuted freeways in the nation: Interstate 405. Coming from my sportbike background, I'd expect a day like this to have me popping painkillers by lunch. However, when I got home, I didn’t have any of the aches and pains I expected. Maybe there’s something to this naked bike thing.

My first impressions of riding the bike on flowing freeways to the canyons was that it felt stiff. Not the bone-jarring, thrown-off-a-rigid-frame-from-hitting-a-pothole stiff, but stiff like a true sport bike. I have hopped on friends' Suzuki SV650s and Yamaha FZ6s, and, because of what I'm used to riding, they felt like driving a car from the 1950s with spongy, obsolete suspensions. The Z1000 was the opposite. Despite its relaxed riding position, it felt much more like my sportbike roots than the other nakeds I’ve ridden.

I’ve had the bike for three weeks, and have pretty much forgotten all about my three other street-legal bikes (scooter, supermoto, superbike). The only type of riding I didn’t do was off roading (for obvious reasons) and touring more than 300 miles.

By the third day in, I found myself looking for any reason to jump on the bike. I grabbed the keys as soon as my wife needed a simple ingredient from the grocery store down the street. It was so nice to jump on a comfortable bike with more power than my 125cc scooter. The fact that it could also pull wheelies is a nice bonus.

I devoted a full day to running errands around downtown to see how the bike fared in typical city riding. The Z1000 handled the imperfect urban roads well. I found myself short shifting to stay at a relaxed engine speed, but quickly realized that the Z1000 had the same linear power band that its sport bike cousins, the ZX-10R and ZX-6R, are known for, which meant I could still pull hard from even as low as 2,000 rpm.

The bike really comes to life around 7,500 rpm. The “soft” rev limiter kicks in at 11,250 rpm, but provides a brief overrev feeling instead of cutting power abruptly. While having such a wide powerband allowed me to be slightly lazy around town, it also meant the bike always had gobs of power when coming out of turns during my canyon riding.

From the first twisty road I hit on day one, I felt at home with the Z1000. (Keep in mind, these are roads I ride almost every weekend on a Honda CBR1000RR.) It was only a matter of a few turns before I effortlessly found my knee dragging. Whether it was a higher speed flowing road, or a tighter technical road, the Z1000’s handling conquered all.

The power delivery is incredibly linear, with plenty of power across the entire rev range. I had enough power to pass vehicles or get out of some soccer mom’s way while cruising on the freeway at 4,000 rpm, but could also really push the engine into the top of its powerband when sport riding. Even from launch, the Z1000 pulls away from traffic quickly and doesn’t leave you waiting for the power to hit. Lofting the front with a greedy throttle hand is effortless, even through third gear.

The “Sugomi” styling actually makes for a pretty comfy bike for long treks on the highway. Those low bars and high tank gave me something to lean on during the long ride from Sean’s place to mine. Kawasaki narrowed the waistline from generations past and made the reach to the ground easy at a stop.

The handling is fantastic. It really feels more like a ZX-10R than a Ninja 1000. Yes, this means it’s on the stiff side, but it also means the bike feels far more nimble while dancing through the twisting canyons of Southern California.

I loved the front brakes on the Z1000. They give great initial bite and a solid feel throughout their application. The ABS up front is fantastic as well, and activates very smoothly, which didn’t make me second-guess its abilities, as I have with other manufacturers' systems. Despite my best attempts, I noticed very little brake fade, even at the end of long, hard days in the twisties.

The headlights are some of the best I’ve ever used. While I was a little worried they were designed only with aesthetics in mind, they lit up the road wonderfully for night riding, and the brights were well placed to throw more light down the road or let cagers know I was behind them. Aesthetically speaking, holy crap are these things tough looking. There’s a little LED light above them that serves zero purpose except to accentuate the “brow” of the bike. Sean rode in front of me on the trek up to Malibu and said they kept catching his eye in his mirrors for how neat they looked.

My other gripe is that the mirrors won’t fold in. They’re about the perfect size, shape, and height to hit truck and SUV mirrors and I kept found myself wanting to fold them in while filtering through traffic. That's an issue for those of us who live and lane-share in California.

I should probably acknowledge that my background is almost exclusively sport bikes, so while I loved the suspension, it will definitely feel stiff to riders coming from other kinds of bikes. Sean complained it made his butt hurt (though with a bottom half as tiny as his, this is a common complaint). On many of the forums, some riders have mentioned that backing off the preload a few clicks in the rear sets the bike up a little better for more normal riding.

If you have a bigger boot size (I am 9.5 U.S., 43 E.U.), you may find the exhaust interferes. It wasn’t too distracting for me, but I could see it being a problem for those of you with size 11 boots.

While I was impressed with the ABS on the front binders, the ABS felt a little too intrusive on the rear. I feel like the rear didn’t offer a ton of stopping power to begin with, and the ABS kicked in too much, which meant I found myself abandoning it almost altogether.

Funneling through the different cluster display options (average miles per gallon, trip meter, odometer, range) can be a bit tedious, since the option font size is very small. I found it nearly impossible to use while riding, having to take my eyes and hand away from navigating in ever-changing city conditions.

While the performance numbers of the competitors mostly surpass those of the Z1000, price and fuel economy favor the Kawasaki. The industry regarded best-in-class KTM 1290 Super Duke R has an MSRP of $16,999 and comes with all the bells and whistles, like ABS and traction control, and is one of the more comfortable rides. With an MSRP of $14,499, the Aprilia Tuono V4R is another favorite, along with the BMW S1000R ($14,950), for their overall performance and electronics package. MV Agusta’s Brutale 1090RR is the most expensive option, at an MSRP of $18,998, and is the heaviest, except for the Z1000.

With an MSRP of $11,999 and best reported fuel economy of 37.3 mpg (3 mpg better than the competitors), the Z1000 gives the price point edge to the Kawasaki over the others, but the lack of a traction control option may leave some doubt to potential buyers.

Despite my supersport background and tendencies, I’ve been considering a more ergonomically friendly sport bike for the last six months. The Z1000 isn’t the tool I usually attack the twisties with, but I found myself with a smile on my face on several occasions and really learned to appreciate the blend of performance and daily riding abilities.

The liter-bike power is simply exhilarating and the few things Kawi gave up to make this bike better for normal riding really are worth it in the long run.

The aggressive looks can be a polarizing force, but I immediately liked the unique Sugomi look. With the Kawasaki Z1000 being the least expensive option in the super naked segment, I could easily see myself owning this bike. 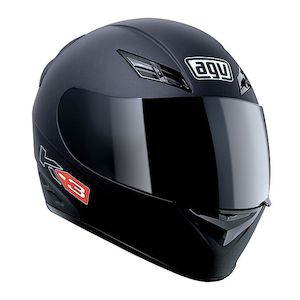 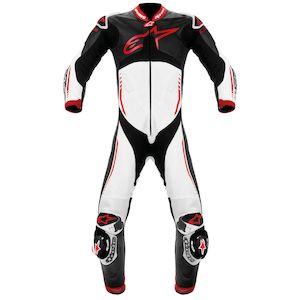 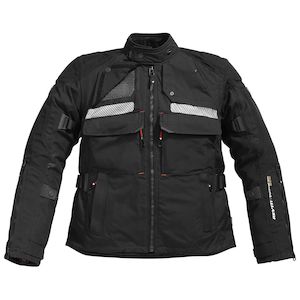 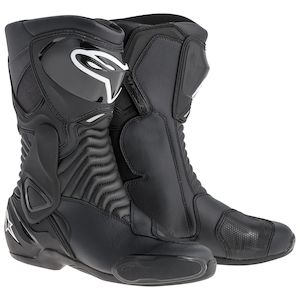