The Yamaha FZ-09 is one of the most important bikes to be released in recent years. Nothing else competes with its combination of power, torque, and low price tag.

I spent a few months with one for a long-term review and fell in love with it, when the terrible suspension and jerky fueling weren't trying to kill me. Then, I met Nick Stolten of Stoltec Moto, who came up with his own suspension and fueling fixes to make the FZ-09 the way it should have been released from the factory. We've already detailed his suspension fixes, so now it's time to get the fueling sorted.

Since the release of the FZ-09, Yamaha has released a new set of fuel maps that you can have installed on your bike. They are very similar to that of the new FJ-09, which is to say they are very much improved. But if you really want to unlock the potential of the FZ-09, we recommend you read the following Q&A with Stolten.

CT: What is wrong with the current fueling?

NS: "Fueling" on a modern bike actually refers to a very broad control system. In days gone by, an engine's fueling was handled by carburetors that relied on minimal, if any, sensor input to run properly. As time passed and fuel injection (FI) became mainstream, an electronic control unit (ECU) managed fuel and spark delivery. The ECU was able to provide different fueling and timing strategies in an attempt to balance performance with emissions compliance across an ever-widening range of riding conditions. As technology and emissions regulations progressed, more features were added to FI systems. Beyond simply assuring proper fuel and spark delivery, providing cold start enrichment (no choke!) and load compensation, many modern FI systems also incorporate throttle control. In this case, Yamaha calls it Y-CCT (Yamaha Chip Controlled Throttle) and uses it to provide different ride modes and a top-speed limiter.

Many bikes' performance suffers as a result of compromises made to ensure emissions compliance (regulations often vary from one market to another). These compromises can manifest in a number of ways: overly lean air-fuel mixtures, improper timing advance, or a combination of both. What does this mean? Put simply, if you've ever felt surging, flat spots in the power delivery, abrupt on-off throttle transitions, or inconsistent engine braking, you've felt some of these compromises firsthand.

CT: What does that translate to when riding? What does it feel like? Why is that bad?

NS: In the case of the FZ-09, the most obvious issue arises during on-off throttle transitions. During deceleration, the ECU's fuel cut functionality turns the fuel injectors off above about 4,500 rpm (exact speed is gear dependent) to reduce fuel consumption and emissions. As the engine's speed drops and crosses the aforementioned threshold, fuel is reapplied to keep the engine running as it re-approaches idle. Great — so what's the big deal? Well, the absence of fuel above the threshold creates abundant engine braking. Riders' opinions vary greatly on the "proper" amount of engine braking, but most will agree that changes in engine braking relative to rpm is bad. Whether you're chasing apexes or riding through the city, varying engine braking challenges the rider to hit a moving target.

So that covers the off-throttle response. What about the on-throttle response? As we mentioned earlier, the FZ-09 uses Y-CCT to control the engine's throttle. The rider's wrist twist actuates a sensor that translates the movement into a signal the ECU can understand. The ECU then takes that signal, applies a correction, and sends the new signal to the throttle bodies. In the case of the FZ-09, the correction being applied to the signal isn't as fine-tuned as most riders would like. The result is an overly aggressive signal that opens the throttle plates too far too soon. Combined with the torquey nature of the FZ-09's engine, the throttle response ends up being very sudden.

CT: What is your fix?

NS: The solution is a reflash of the ECU with a custom-developed engine map. Because the ECU controls the throttle behavior, fuel injection, and ignition timing, all changes can be made directly inside the ECU without adding additional equipment to the vehicle (i.e. piggyback controllers).

CT: How did you come up with it?

NS: Yamaha and their ECU supplier, Denso, used an updated ECU for the FZ-09 (and some other 2014 model year bikes). So, we shipped the ECU out to the folks at Flash Tune, who dissected the ECU. No really — they cut the ECU apart to directly access the electronics, identify the system architecture, and read the factory maps. Once the data was extracted, Flash Tune developed a base file that could be manipulated and tuned to the rider's needs. Stoltec Moto used this base map as a way into the bike's brain and worked through an iterative process to massage the throttle and timing maps into what we felt was the best compromise of performance and streetability (read: we tinkered with the fueling cutoff and fueling settings and then went riding). Once the throttle and timing maps were tweaked to deliver smooth on-road performance, Nels at 2 Wheel Dyno Works provided his services to address the fueling. Over the course of the past year, we've developed a database of numerous exhaust system-specific fuel maps.

CT: How does it feel different?

NS: The engine responds predictably to the rider's inputs across a range of environmental conditions. There are no more surprises in the power delivery, and power application happens naturally, no more or less than what the rider asks for. The best customer description of the result was "seamless performance."

If the bike has been modified with an aftermarket exhaust, proper fueling and timing adjustments will make more power. In the case of the Akrapovic carbon and Arrow exhaust systems, many customers have experienced about 10 horsepower gains at the wheel.

CT: How can people get the new tune?

NS: Send in your ECU unit to Nels over at 2 Wheel Dynoworks. He has a map for just about every aftermarket exhaust system imaginable and will reflash your ECU for $350. With that price comes one additional reflash, should you decide to upgrade your exhaust or make other modifications that would require a change in the ECU. In which case, you would just send it in to him again and he would reflash it free of charge.

Sean's comments: I got to spend some time riding Nick's bike, complete with the suspension upgrades from the previous article and fueling fixes mentioned here, and can attest that the fueling is flawless. The transition between off and on throttle is seamless, the engine brake drag I'd felt previously was gone. I sort of expected the fueling to feel blunted overall, assuming that they'd sort of taken the edge off everything to smooth it out, but such was not the case. I still had the full power of that beautiful motor, but now I had a much easier time accessing and using it. If you have an FZ-09 and are serious about sport riding, this is $350 well spent. 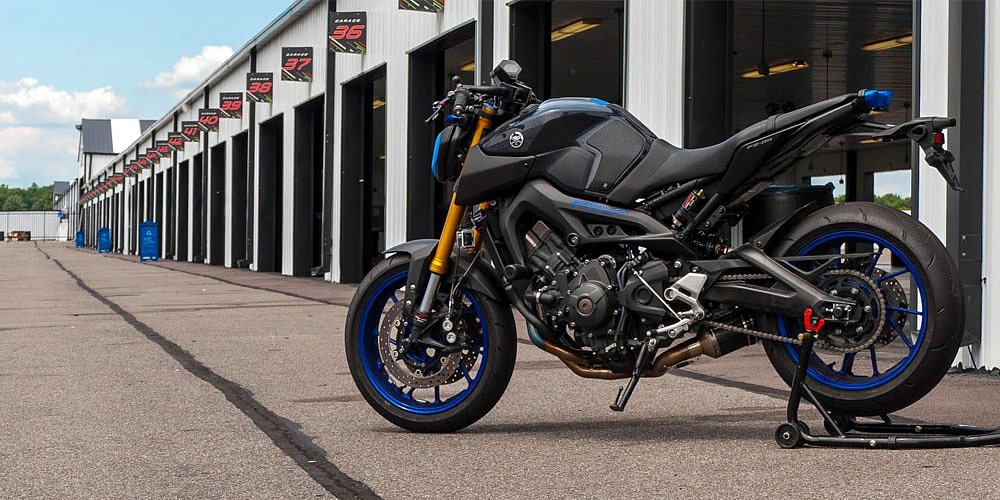 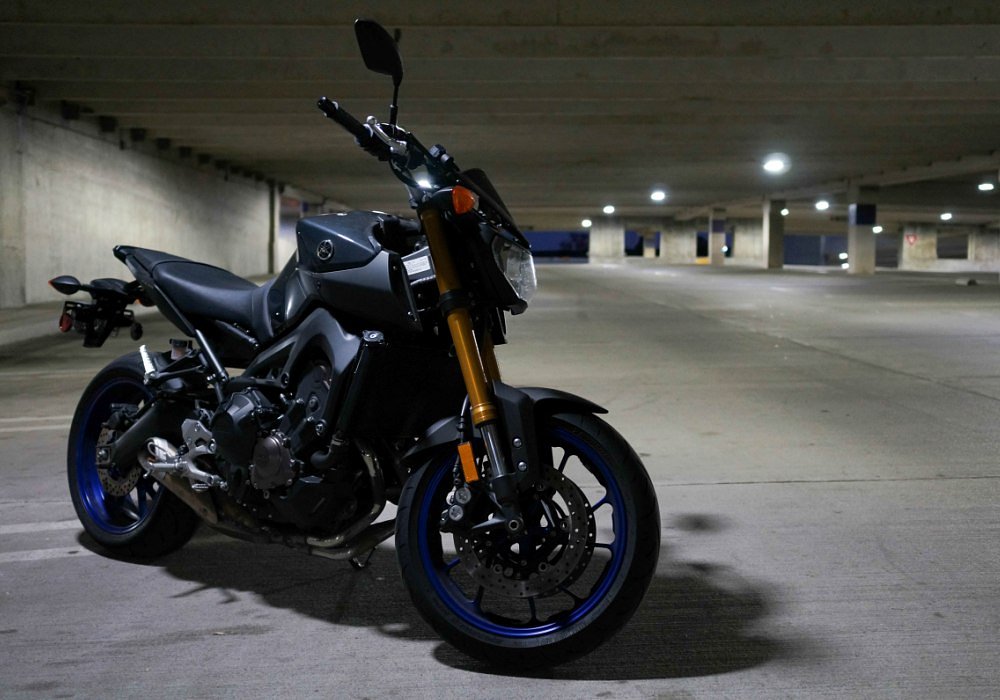