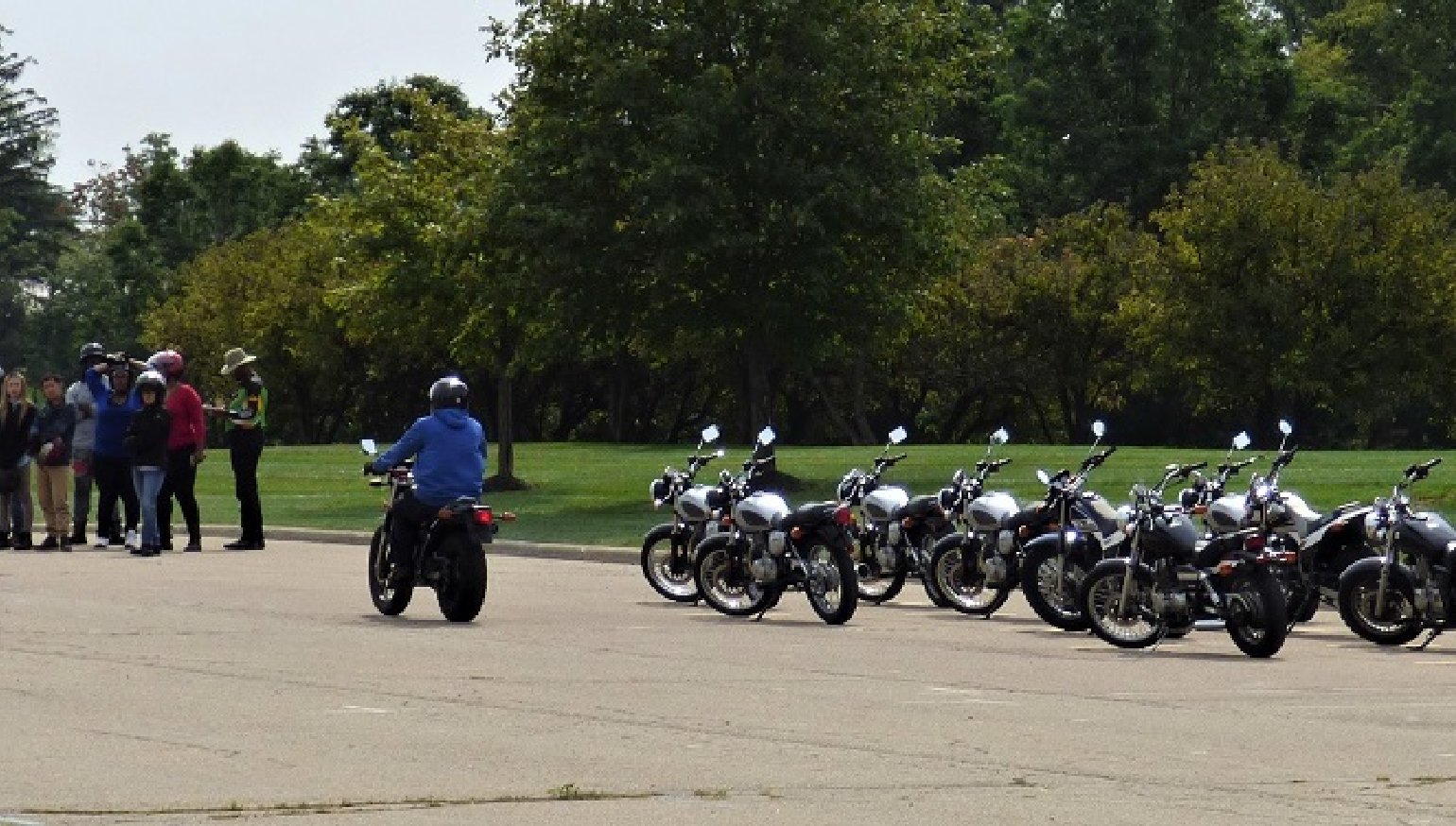 Coming from the UK, where strict laws and requirements for new riders getting licensed were tightened even further in 2013, I’ve always been troubled by the ease and speed of getting licensed on two wheels here in the United States.

The even greater concern is that once obtained, an M1 endorsement is unrestricted, meaning new riders can legally ride any motorcycle, despite often having only a few hours of riding experience under their belts. My perspective, coming from a place where new riders have to work their way up the ladder to riding more powerful motorcycles, is that new riders should not have such a quick and easy path to unrestricted riding. It puts countless lives in danger and I think it’s high time that new rider training and licensing are overhauled to prevent new riders from injuring themselves and other road users.

In the U.K., newly licensed riders are subject to engine size restrictions, power constraints and age limitations along a multi-step, progressive path towards an unrestricted, ride-any-motorcycle license (Category A). The whole system is designed to start new riders on smaller, lesser-powered machines and gradually build up to the larger, more powerful ones. Here in the United States, nothing exists like this at all. Here in California, where I have lived since 2003 and have been providing private, advanced rider training for the past year, the only barrier to full, unrestricted riding is a two-day Motorcyclist Safety Program (MSP) course or a 30-minute Department of Motor Vehicles (DMV) riding test. Neither involves any public road riding at all.

The reason for the concern is not only common sense, but is also borne out in statistics. Safety studies show by far the most vulnerable and dangerous time for motorcyclists is their first year of riding, especially in the first three months. A 2012 study by the Highway Loss Data Institute that followed motorcycles during the first six years of ownership found that 35 percent of collision claims for non-ABS motorcycles and 22 percent for motorcycles with ABS occurred within the first 90 days.

These numbers funnel into some appalling injury and fatality statistics. In 2015 alone, the NHTSA reported nearly 90,000 motorcyclists were injured in the United States, with almost 5,000 fatalities. If laws are designed to protect people, clearly the existing ones are doing a bad job.

I offer advanced motorcycle training here in SoCal, so I talk to a lot of folks coming off the state-sponsored MSP course. The checklist with these people is usually always the same: They don't own a motorcycle, they don't have any gear and they don't even have a learner’s permit. How come? Because they've taken the MSP perfectly legally on their driving (car) license and motorcycles and gear were provided by the school. They spent two days riding round a parking lot, after which they received their completion certificate, which fast-tracks them straight to a full, unrestricted Class M1 motorcycle endorsement, despite the fact that they’ve never turned a wheel on a public road.

While this seems a quick, easy and fun way to get licensed on two wheels, I actually find it horrifying. Most of the folks I talk to coming off the MSP sat on a motorcycle for the very first time on day one of their course! Less than 48 hours later, they’re essentially given an unrestricted motorcycle license to go ride a Suzuki Hayabusa, if they choose. No wonder the rider fatality and injury rates here are so eye-wateringly high.

To change this, I think a couple of cultural misconceptions need to be corrected. The first is that because motorcycles in this country are mostly leisure vehicles or weekend toys that spend far more days in the garage than they do being ridden, laws and licensing requirements surrounding them can be equally relaxed. Couple this with a general indifference among casual riders towards spending time and money increasing their riding skills and there’s not much pressure to tighten up anything in this area.

The second misconception is that riding a motorcycle is viewed as really no different from driving a car. The laws of the road apply equally to both, so the train of thought exists that if you can drive a car you can ride a motorcycle. This is a dangerous mindset but I see it everywhere. While the laws of the road are transferrable from four wheels to two, the skillsets are most definitely not. Nothing about driving a car sets you up for handling, steering, cornering, balancing, controlling and positioning a motorcycle and it takes time to gain experience in all these areas. How about introducing restrictions that match new riders to machines more suited to their skillsets while they learn all this stuff?

I’m not knocking the MSP or the DMV riding test, but the problem is they currently serve as the sole entry and exit points to an unrestricted motorcycle license. The DMV riding test here in California consists entirely of a DMV official with a clipboard watching you ride around in circles and in between some painted lines in the DMV parking lot. As an evaluation of a full range of core skills needed to operate and ride a motorcycle safely and effectively on busy public roads, it’s completely useless; but as a test of low-speed motorcycle handling and maneuvering skills, it would have a place in a wider, multi-step licensing program.

My proposal for motorcycle licensing

I believe the following changes to new rider training and licensing requirements would be strong steps in the right direction:

In the U.K., motorcycle riding is viewed as a unique discipline in its own right that shares nothing with its four-wheeled counterpart, other than the common road-usage laws. As a result, training and riding tests are more thorough and intensive and licensing takes a progressive approach up to larger machines. These rules exist for good reasons — namely to reduce harm and injury to new riders by matching engine size and power to age and experience. Is it really too much to ask that a similar system is adopted here to begin to do something about reducing some terrible injury and fatality numbers?