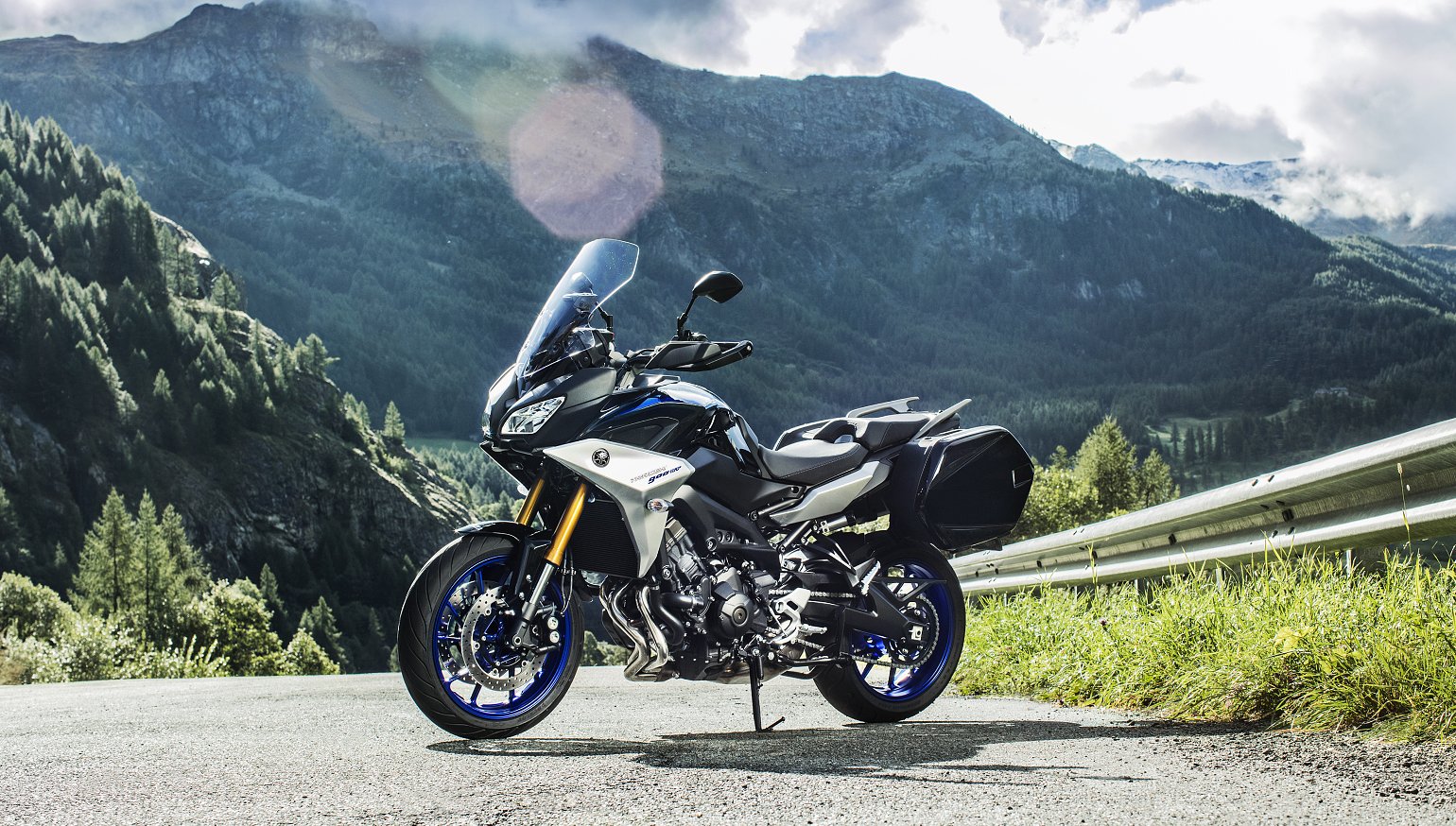 What's going on in the light sport-touring segment?

Yamaha soft-launched the Tracer GT in 2017.

Just as Yamaha has renamed the FZ-07 the MT-07 for 2019 to match the rest of the world, the FJ-09 will now be known as the Tracer. Of course, those interested enough to poke around Yamaha’s website may have noticed that bike will be offered in a different configuration for 2019: the Tracer GT.

The Tracer GT is similar to the FJ-09 you’re probably familiar with. Both the Tracer and the Tracer GT receive a light refresh on the bodywork and some ergonomic tweaking occurred — the handlebar width was reduced, and both the rider and passenger seats are new. The rider’s saddle has some height adjustment. The windshield is also height-adjustable, and, no doubt to improve the touring end of the “sport-touring” classification, the swingarm was lengthened. Both bikes include a traction control system and different throttle modes.

The GT, however, gets a little more special treatment. Suspension is fully adjustable. A quick-shifter comes standard. A TFT dash and ABS are standard. Three other features come standard on the bike touring riders will surely appreciate: a centerstand, cruise control, and heated grips. And of course, the most prominent feature of the motorcycle also checks a “touring necessity” box: two panniers are included as standard equipment.

How this is going to affect the marketplace

Normally, the introduction of a single bike is simply another option. However, depending on upon the price asked for the Tracer GT, I could see this bike putting a lot of pressure on the existing players in this segment. The 2017 FJ-09 carried a sticker price of $10,699. I’m going to hazard a guess here and presume that Yamaha might increase this bike by $1,500 to $2,000, putting the number on the hang tag at $12,199 to $12,699. This is an assumption on my part, but I think it’s a reasonable one.

Note that an “upper echelon” of tall sporty touring machines exists, like the Ducati Multistrada ($18,695) or BMW S 1000 XR. ($16,695, but the cheapest you’ll find on a dealer's floor is the “Standard” package for $17,645, and that’s before you add the bags). These bikes are the cream of the crop and offer beaucoup horsepower and amenities, but the price reflects it. I would imagine most riders are not cross-shopping these bikes and the next tier down.

That tier, presumably where the Tracer GT will exist, is currently populated by Kawasaki’s Versys 1000LT, ringing in at $12,999. Spurg also pointed out that the Tracer GT would go toe-to-toe with the Triumph Tiger Sport, a 1,050 cc ST bike that’s not available in America and retails at £10,900 (about $15,200 without bags). I think those motorcycles are probably the Tracer GT’s closest competition.

In the case of the Versys 1000LT, Kawasaki was unwilling to comment when asked about the model’s future. I suspect we will see this model remain in production. I highly suspect Kawasaki will not be dropping the price on that machine. Manufacturers prefer to see prices go up, or at worst, remain unchanged. If the Tracer GT undercuts it on price, one would think sales of the Versys 1000LT will be severely impacted in the United States (and likely abroad, assuming the price differential is the same).

From my chair, I see an easy (and affordable) way for Kawasaki to keep the LT relevant: toss in the electronics package from the Ninja 1000. The IMU would enable better traction control than the Tracer GT could offer as well as cornering ABS. Kawi could lock in the price or give it a little push north, and the price difference would be justifiable. The Kawi also offers slightly more power — but that may be moot, because the Tracer GT will probably still have the edge in terms of power-to-weight ratio. (Figures do not exist, but 30 or 40 pounds is probably in the neighborhood.) The Ninja still packs a bit more power punch and the ergos are a bit different. (Fearless Editor Lance and I both expressed surprise today that those bikes still live cheek-by-jowl; I'm surprised the LT hasn't been axed and he half expected the Ninja to be dropped.)

In the case of the Tiger Sport, my prognosis is a little different. Spurg tells me that rumors of this bike coming stateside have waxed and waned, but I think the existence of a Tracer GT would preclude that bike coming to America for the forseeable future. Spurg suggested a similar plan to the one I coughed up for Kaw: update the model with some electronics from, say, the new Speed Triple, and help justify the price. Personally, I don’t think that’s enough to carry it. I imagine the Tracer GT’s presence will either ensure that the Tiger Sport does not hit our shores, or perhaps it will be the death knell of the model in Europe if it does not receive one hell of an update.

In perhaps an incomplete analysis, I’m not sure if this affects BMW’s F 800 GT. It’s in the same price bracket and is a similar motorcycle, but it also has fuller wind protection because it’s sporting far more fairings, a parallel-twin engine, and a belt drive. All are desirable in terms of touring, but may not tip heavily enough into “sport” to woo a Tracer GT intender. (It also is a little less powerful than most of the other motorcycles in this article.)

In any event, I’m very excited to see the bike and curious as to why Yamaha chose to launch it the way they did. I think this is going to be a bike much like the Suzuki SV650 or FZ-07 was: lots of motorcycle at a price so aggressive it changes the market permanently. These bikes offered so much for so little, buyers’ expectations were permanently altered going forward.

And for those of you who want to tour a little more affordably than these bikes allow? I’m with you. I lamented the loss of the first-gen Kawasaki Concours (and its ilk) over a year ago, and still nothing has filled that gap. The Connie was a big bike with a fairing and two suitcases on the side — no more, no less. In the final year of production, 2006, the MSRP was $8,499. That translates to $10,623 today. I’d still like to see a budget blaster tourer come in at that price with few frills because I think it would sell well, but for now, the FJ-09 with a pair of bags comes real close. If the price is right, I think the Tracer GT very well could be the best bang for the buck we see this year.

What's going on in the cruiser segment? Lemmy

What's going on in the off-road bike segment? Lemmy 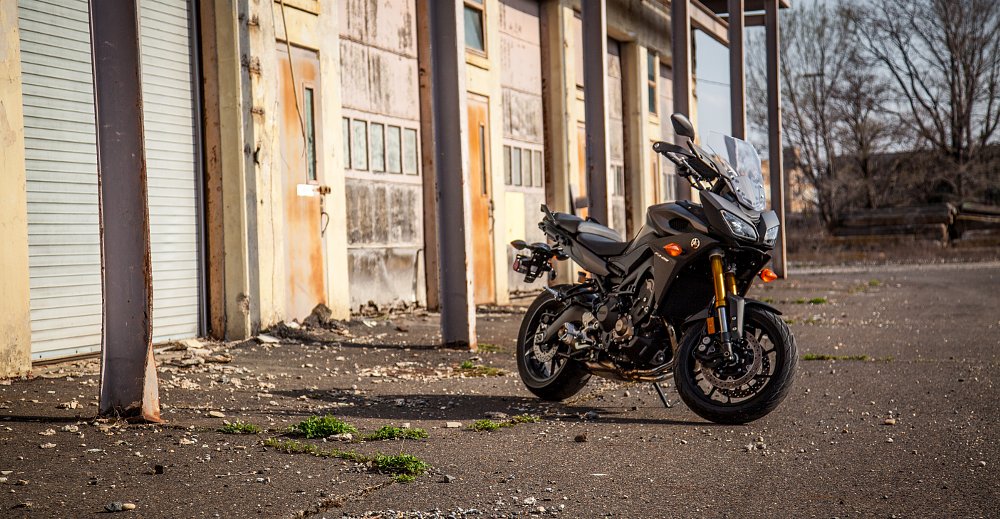