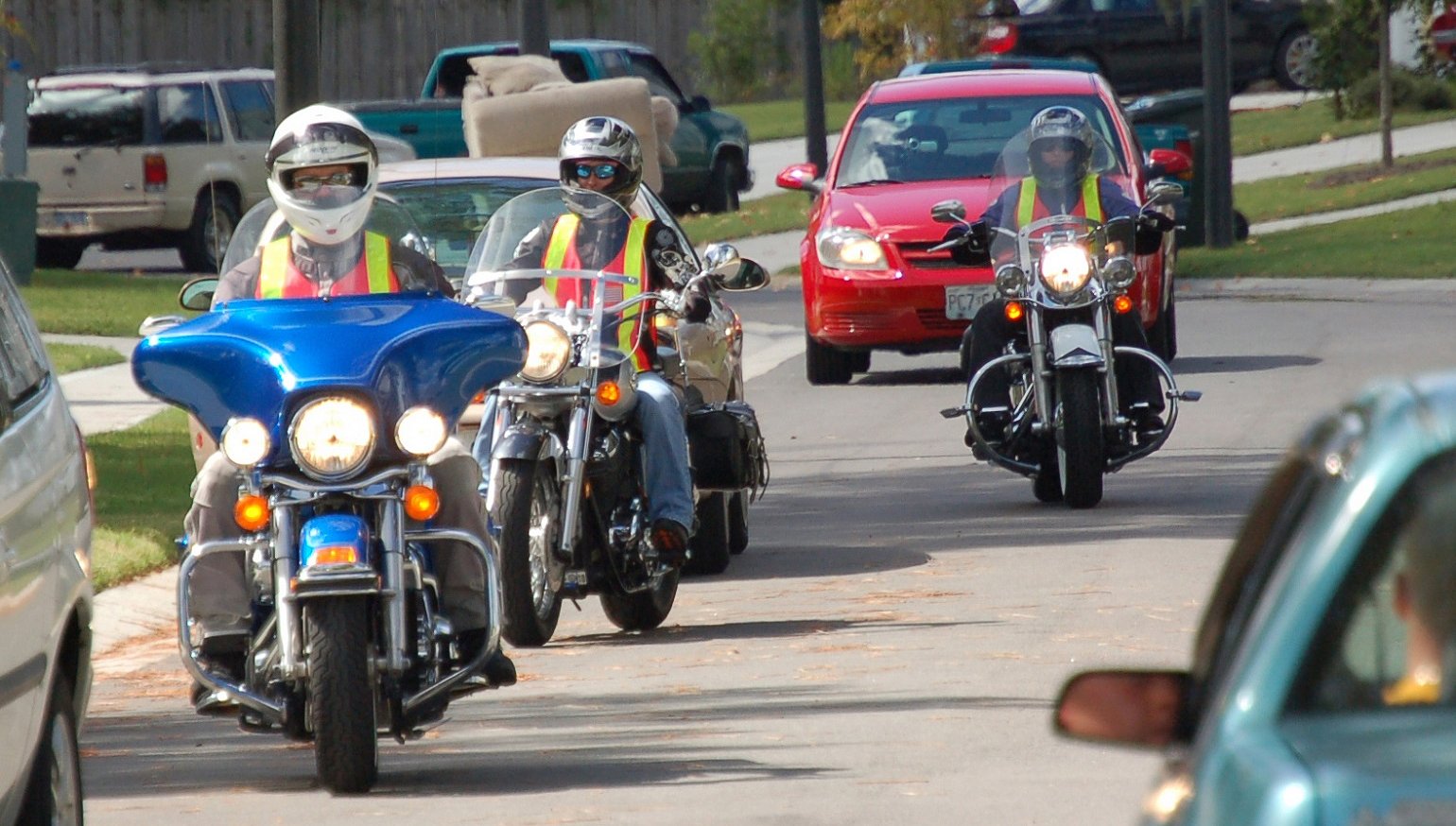 What is the Safer Motorcycling Research Consortium?

Basically, all it said about the organization was that it is incorporated as a 501(c)(6) non-profit and has, as a stated goal, “to develop strategies to advance and integrate on-road motorcyclists’ safety through data-driven research and collaboration with relevant stakeholders.”

Anything that makes motorcycling safer stands to make it more attractive to newbies and to keep current riders active for a longer time. So it makes sense that those OEMs are interested in “safer motorcycling.” But I wondered what prompted them to form the SMRC now, and what the Consortium’s initial priorities would be, so I followed up.

What's behind the SMRC

Although the SMRC release didn’t mention it, the group was formed after prompting from the U.S. Department of Transportation’s John A. Volpe National Transportation Systems Center. Known to transportation nerds as simply the Volpe Center, this is the federal government’s main transportation think tank.

A couple of years ago, the Volpe Center was alarmed by rising motorcycle accident rates, and noted in particular that about three out of four motorcycle collisions occurred when motorcycles hit other vehicles in front of them (in other words, only a minority of collisions involved bikes being rear-ended or T-boned). The Volpe Center concluded that “[t]hese two-vehicle crashes may be addressable using advanced crash-avoidance technology,” similar to the Forward Collision Warning or Automatic Emergency Braking ADAS systems now found on many cars.

To kickstart the development of tech like that for motorcycles, the government officials organized meetings with representatives from the motorcycle industry to discuss sharing "pre-competitive" research on topics such as:

Twenty-five years ago, the DOT encouraged the formation of a similar pre-competitive research consortium among car makers, called the Crash Avoidance Metrics Partnership. CAMP began as a collaboration between General Motors and Ford, but grew to include most major automakers and many Tier 1 suppliers. CAMP did important early research highlighting the risks of distracted driving and helped speed the deployment of ADAS systems in modern cars. CAMP made cars safer. If the SMRC manages to do the same thing for motorcycles, we’ll be that much safer, too.

That first generic SMRC press release was short on details, so I sent an e-mail to the address included in the initial press release. It turns out that general e-mails to the SMRC are forwarded to Mike Hernandez, whose day job involves handling government affairs for BMW Motorrad in the United States. Hernandez is chairman of the organization’s steering committee. He admitted that the press release had generated more interest than they’d expected, and as such he’d been pressed into the role of spokesman, too.

For now, the Consortium’s only members are the six founding manufacturers and each has a representative on the Steering Committee, which meets biweekly. After a few in-person meetings, those are now usually virtual. The DOT is an interested party, and has sent observers.

So far, the minimal costs have been borne by the six founding OEMs. Although the DOT has not committed funding yet, Hernandez said the OEMs made it clear that they were moving ahead on the assumption that most of Consortium’s research budget would come from the DOT (the same arrangement the automakers had with CAMP). With the legal entity formed, "now we’re established and ready to engage in our first round of research,” Hernandez said.

Since four of the six founding members do almost all of their R&D overseas, I was curious about exactly how and where SMRC research would take place.

“The vision that we have is that we’ll usually contract third parties to do the research,” Mike explained. “We don’t want to burden any individual OEM — unless a manufacturer has a facility with some specific research capacity, and we’d look at that as in-kind contribution to the Consortium.”

One reason to contract research to independent third parties is that in these "pre-competitive" situations, it’s important that OEM participants don’t feel they are facilitating research that will give any particular company a competitive advantage. It’s easier to avoid those conflicts of interest when a third party does the research and every company gets the same report.

In the coming months, the SMRC expects to add members in a second tier, which will include organizations that will actually do research. That could be educational institutions or the specialized consulting engineers who already handle research assignments from the DOT. Hernandez said that SMRC’s first research projects will probably focus on the way passenger cars’ Advanced Driver Assistance Systems, such as blind-spot warning, function vis-à-vis motorcycles. As I’ve reported in the past, some ADAS systems have trouble "seeing" motorcycles.

Another potential project would be the development of a "guided soft target" — basically a soft motorcycle "drone" that could be used to safely test the Automatic Emergency Braking and Collision Avoidance systems that are increasingly common in new passenger cars and light trucks. Presumably, research projects will get approved and funded (with most of the money coming from the DOT) on an individual basis. The expectation is that, soon, the SMRC will be able to direct $1 million to $2 million one toward research per year.

Another important role that the SMRC will play is in keeping track of what research is being done in other countries, to avoid needless duplication. For example, the European Commission’s New Car Assessment Program also plans to examine the way cars with ADAS capabilities interact with powered two-wheelers.

Motorcycling isn't as safe as it could be

The Department of Transportation envisioned a CAMP for motorcycles because safety officials were alarmed by U.S. fatality rates. Hernandez is not blind to the fact that motorcycling is more dangerous here than it is in other developed nations.

“Frankly, the U.S. has a problem with motorcycle safety,” he said. “As SMRC, we’re interested in anything that relates to on-road motorcycle safety. That includes rider equipment, the motorcycle itself, and infrastructure.”

For now, it seems that the first research will focus on the way cars and heavier vehicles interact with motorcycles. In the future, however, we’ll see efforts to integrate things like Forward Collision Warning systems into motorcycles. Further out, there’s a bigger issue.

“We’re considering the integration of motorcycles into an automated ecosystem,” Hernandez said. “Once you have fully autonomous and connected vehicles, the motorcycle needs to integrate into that ecosystem safely.”

Even though most of the SMRC member companies’ R&D is done in Germany and Japan, those companies have an incentive to participate because, if things go as planned, the U.S. government will underwrite research that might benefit the whole industry over the long term. That noted, the current administration is neither science-driven nor inclined to take on new roles, instead pressing government agencies to step back and let the market sort out the technology. So, I’ll be relieved when the first SMRC research project gets funding.

The sooner we get safer, the better. 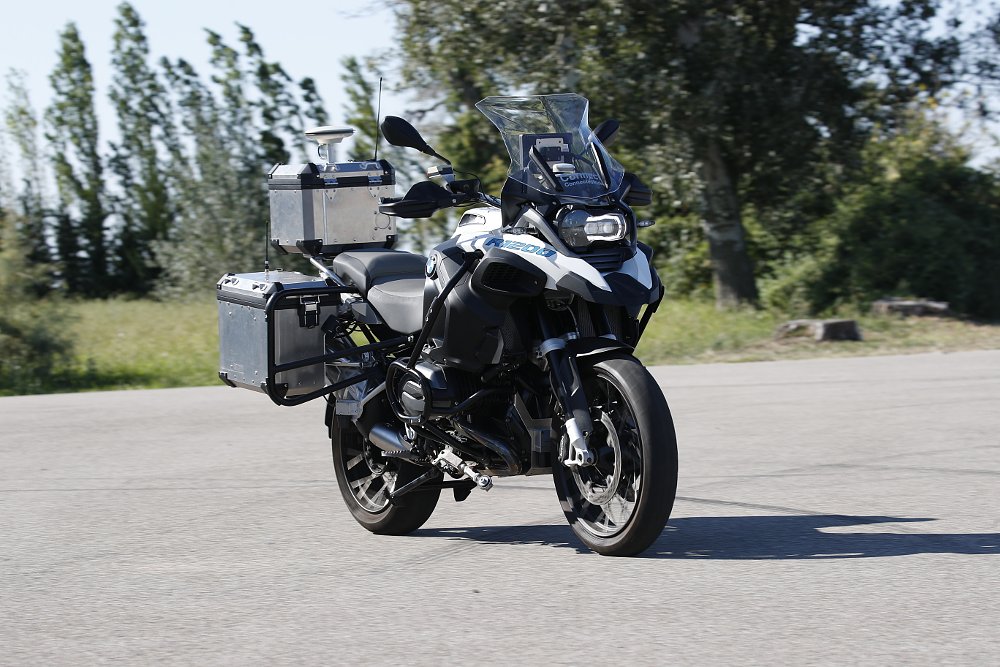