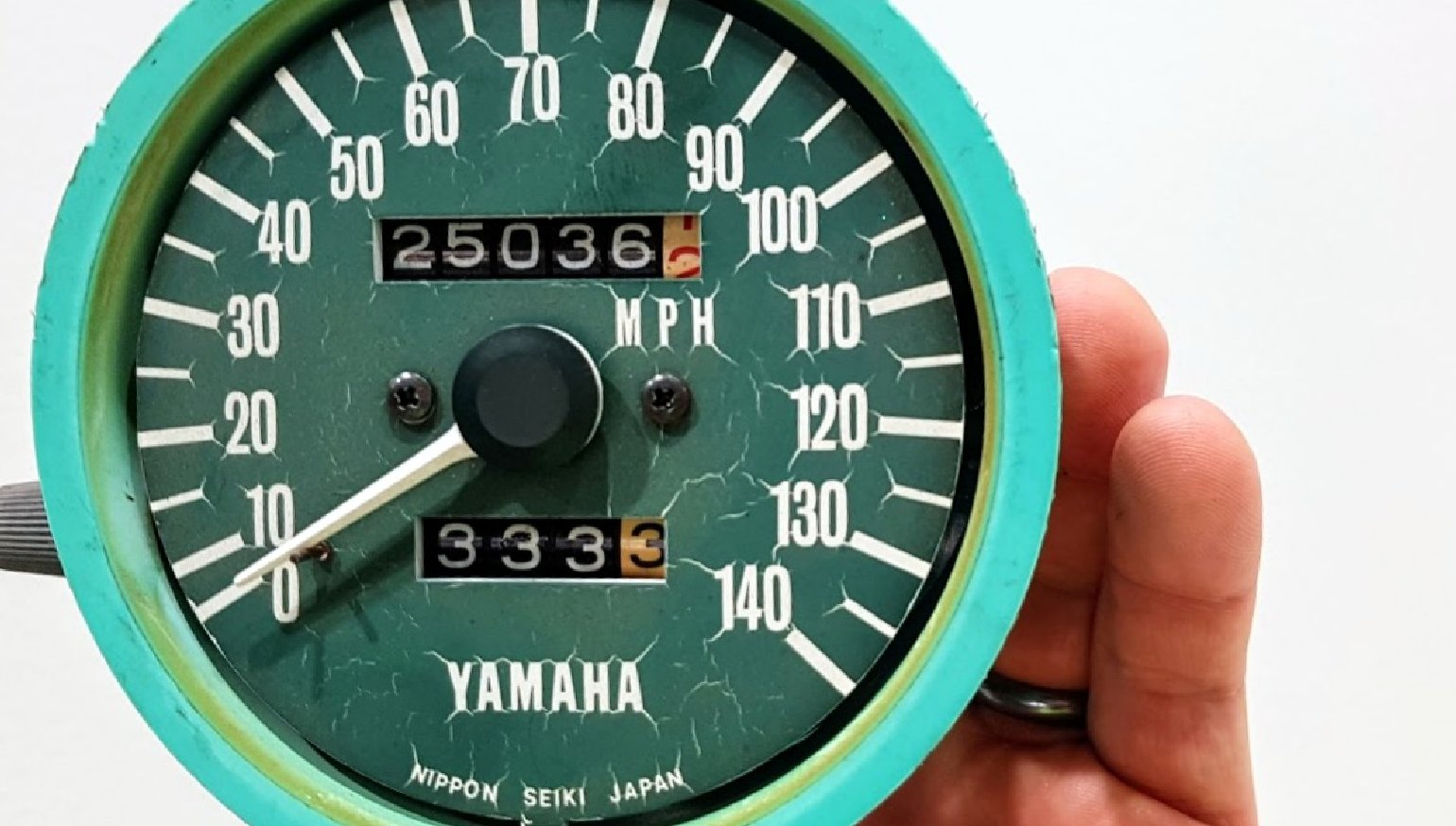 What is high mileage for a motorcycle?

I hear this frequently, really. I can even predict the next part. It’s either “I can’t afford it right now,” or “it has really high mileage.” If your wallet is too thin, I can’t help you too much. Work hard and make great investments. The second ending, though, I have some definite opinions on. How many miles are too many for a motorcycle? The answer is crystal clear, but it’s not simple.

Seriously. That’s the really short answer to this question. I think many riders get hung up on this because it factors heavily into “book value” quoted by outfits like Kelley and NADA. And on late-model bikes, mileage does matter — for value. Most people asking about high mileage aren’t worried about book value, though. Instead, longevity is their concern. Longevity is determined by a number of factors. Mileage is only one, and I’d say a relatively unimportant one. Instead, the question one should ask is “How much service can I obtain from a motorcycle?”

Given that mileage is not the only factor to determine that answer, let’s delve into a few points to consider when trying to tease out the solution.

A bike that has been owned by the same rider for 50 years is likely to have been treated far differently than one that’s been passed to a new owner every riding season. If a bike’s been with a rider for a long time, he’s likely to be pretty willing to pamper it a bit. A lot of owners isn’t necessarily a bad thing, but one owner for a long time often can be a good thing.

Similarly, an older rider is likely to have been conservative on the throttle and aggressive with the maintenance dollars. Younger riders are often (though not always) a little more willing to flog a machine and a little less willing to pony up to maintain it, simply due to life circumstances. For this same reason, a dirt bike that’s been passed through a family of children as a learner could have suffered a bit more than a weekend toy purchased by an experienced rider.

Another factor can be the bike itself. Most learner motorcycles will have had drops, bangs, and deferred maintenance, whereas a larger-displacement machine geared to more seasoned riders with a higher initial price tag might not have suffered such a fate.

Similarly, life expectancy for a big touring bike could be literally 10 times or more what you can expect from an off-road racing machine, when expressed in terms of mileage. Touring bikes often have low-revving engines that make adequate power through sheer displacement, so the engine does not have to work too hard to perform its task. The miles accumulated may have been easy highway miles, where stress on the drivetrain (and the chassis!) are kept to a minimum.

Compare that with a small-displacement motocross machine, which is tuned for lots of power and is often ridden hard. Those bikes are often crashed and wrecked, and due to the environment, the cosmetics can suffer. Dirt, dust, sand, and water can find their way inside nooks and crannies like the engine, transmission and bearings. Those all will accelerate wear and shorten service life of individual components as well as the bike as a whole.

Motorcycle architecture can matter a bit, too. Some engine layouts, like a flat twin or an inline six, don’t have the vibration that is inherent to some designs, like a single or a 45-degree V-twin. Air-cooled bikes tend to have shorter lifespans due to the increased operating clearances required for higher temperatures. And chassis design comes into play as well. Poorly suspended (or rigid) bikes transmit more shock to the chassis. Similarly, bikes that are built for low weight often sacrifice some material strength to achieve their lightness. Examples of this can be manifested through broken frames or subframes.

I don’t mean “is it new?” I mean was the motorcycle ridden regularly. I’ve seen many motorcycles with exceptionally low mileage (due to not being ridden) demonstrate problems when placed back into service. When bikes sit, tires tend to degrade, seals dry up and allow fluids past, and moisture can accumulate and attack even the most robust parts.

If a bike was simply not used, rather than being intentionally “mothballed” (the colloquial term for being prepped for long-term storage), problems can be amplified further. Pistons and rings can seize in their bores, carburetor jets can clog, fuel can go bad, and gas tanks can begin flaking rust. Generally speaking, a higher-mileage motorcycle that’s used (but not abused) will display fewer problems than a lower-mileage example that stopped being ridden.

How was it used?

If it was being ridden, was it being used gently? Or was the rider on the throttle the whole time, shifting without a clutch, pulling wheelstands and slamming the bike back down after each one? If it’s a touring bike, was it ridden solo, or overloaded two-up pulling a trailer? Was the rider banging the engine off the rev limiter every time he had the opportunity? Was it warmed up gently, or forced into redline operation from ice-cold every day? Was it ridden in dirt, dust, and sand? Is it an air-cooled bike that spent its whole life idling in city traffic? All of these factors and more can either extend or shorten a motorcycle’s life significantly.

Related to the previous question is one of storage. Even if regularly ridden, a bike stored in the elements is going to exhibit plenty of wear. Vinyl used on seats often can crack, paint will weather and fade, chrome may bubble and peel and the steel beneath can and will rust, and aluminum will oxidize. Heat, cold, moisture, dirt and precipitation all can take their toll. Being stored in a structure helps mitigate many of those problems and being in a temperature-controlled environment is better yet. Take notice of where a bike was stored.

Is it even correct?

Speedos can be unhooked, swapped, replaced, and tinkered with, especially if they are mechanical units. Don't bet every odomoeter reading you see is right. Other items, like tire sizes and non-stock sprocket swaps can cause odos to display numbers that are higher or lower than actual mileage.

How was it cared for?

In my estimation, this is by far the most important determinant of how many miles a motorcycle will last. We can start with repair and maintenance. A motorcycle is a fairly expensive purchase for many people. Someone who maintained their ride lavishly, repairing and servicing the bike as needed (or, even better, more often than needed!) often is the type of person who realizes that extracting maximum economy doesn’t necessarily come from skimping on spending.

Similarly, use and even abuse can be rectified, repaired, or reversed. Motorcycles that have been damaged and repaired correctly can be better deals than undamaged yet unmaintained motorcycles. A motorcycle with high mileage and several rebuilds on major components can be as reliable or moreso than a comparable unit with a lower odometer reading. A textbook example of this is the restored motorcycle. Often found in dilapidated condition, a bike that’s been restored often has parts that have been rejuvenated, replaced, and recoated. An older motorcycle that’s faithfully served many owners may have many, many miles on it, but with loads of new or good used parts installed, they can often look as good or better than they did in the showroom — and they often run like they look.

In a related vein, there comes a certain point when so many parts have been replaced that they don’t truly reflect the age or the mileage of a motorcycle.

General condition provides contextual clues, too. Unmolested factory wiring, glossy paint, shiny chrome without blemishes, and matching tires in good condition all negate mileage to some degree or another. There are plenty of places you can look to ascertain condition that have nothing to do with the odometer.

What do you mean by “high mileage?”

And finally, I have a question for you. What’s a reasonable amount of repair to put into a high-mileage motorcycle? A new set of tires? An engine overhaul? A fork rebuild?

Rarely is a motorcycle ever “shot.” Instead, the ratio of the value of the bike relative to the cost of performing more expensive and numerous repairs just keeps getting smaller and smaller. A top-end rebuild on a two-stroke comes along very frequently — but it’s also a really easy job to perform. Similarly, a liquid-cooled touring bike can go many, many miles before needing major service, but when it comes, it can be somewhat costly.

Similarly, the rarity, age, and price of a bike should all factor in what you consider “high mileage.” A well kept motorcycle with a lot of miles on it and an asking price well under book value may very well be “high mileage.” It may also be a very sweet deal with lots of faithful service left in it. The same goes with a very old bike — a 1948 Panhead with 100,000 miles on the clock that’s in original condition is hard to find, worth a pretty penny, and also has an average (at the time of this writing) of less than 1,500 miles a year, which seems very reasonable to me!

How many miles is too many? I’m not sure. If you love a motorcycle enough, it never has too many miles on it. And if you really love it, you'll put quite a few on it.

How to avoid title problems when buying a used motorcycle Lemmy 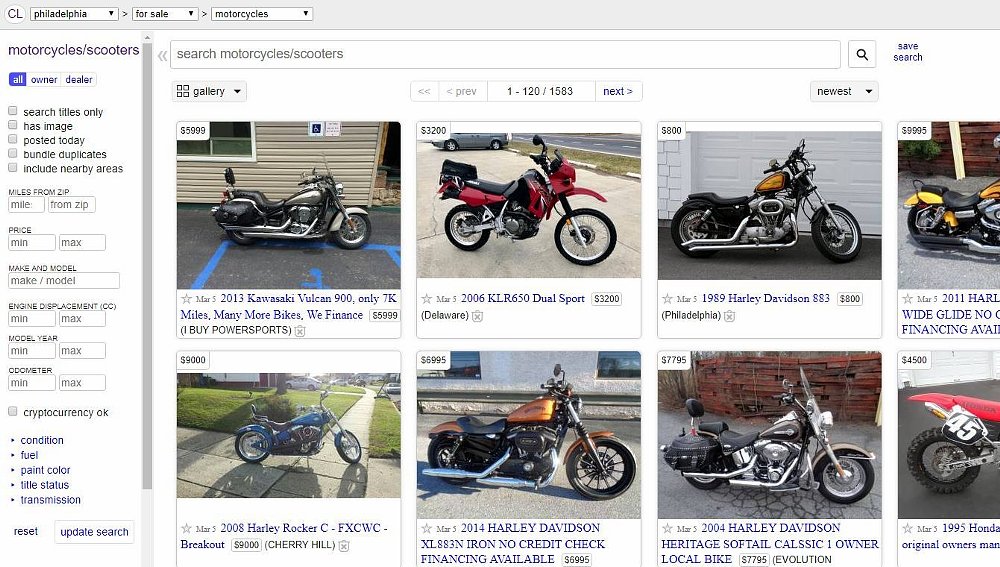