Allowing lane splitting by motorcyclists is good for both safety and efficiency. The experiences of thousands of Californians who do it and science both agree.

The state of Washington, being the progressive, marijuana-approving state that it is, introduced and was set to pass EB 5623, a bill that would allow motorcyclists to split lanes whenever traffic was moving under 25 mph and at a speed no faster than 10 mph over current traffic conditions.

Then things got weird. Maybe the legislators were smoking a little too much of the green stuff or maybe they've just never been on a motorcycle, but the amendments they've added are downright ridiculous.

"The operator of a motorcycle shall not overtake and pass in the same lane occupied by the vehicle being overtaken, except on the left-hand side of a vehicle traveling in the left-most lane of traffic on a numbered state highway identified in chapter 47.17 RCW that has two or more lanes of traffic in each direction if the operator of the motorcycle is traveling at a rate of speed no more than ten miles per hour over the speed of traffic flow and not more than twenty-five miles per hour."

On the left-hand side of a vehicle traveling in the left-most lane of traffic!

Hmm, let me think... I feel like there is something usually there. Oh yeah. Cars coming the other direction!

One of the main benefits of lane splitting is the ability to filter to the front when stopped at a red light, which drastically reduces the chance of motorcyclist being rear-ended by cars. This amendment would reduce riders' chances of being hit from behind by increasing their chances of a head-on collision.

There is just so much wrong with this. Good luck to you, kind people of Washington. You may want to call your representatives. 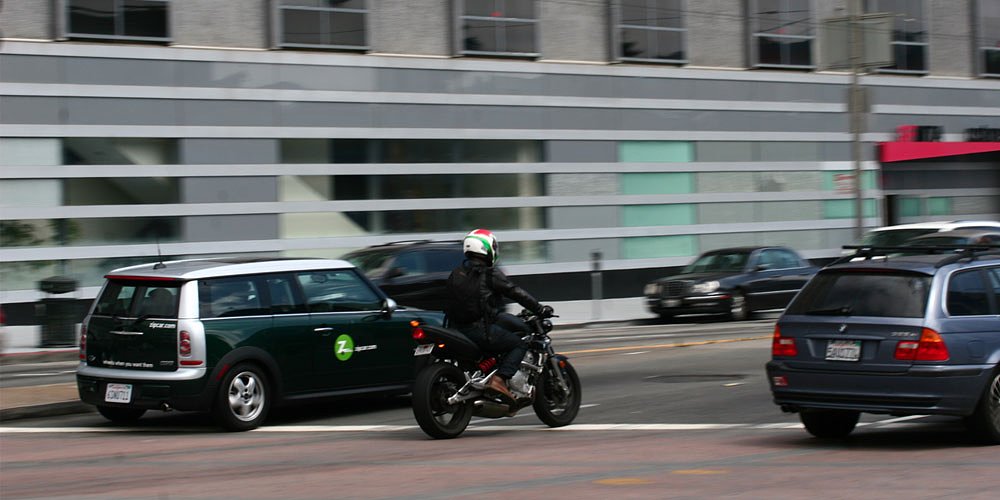