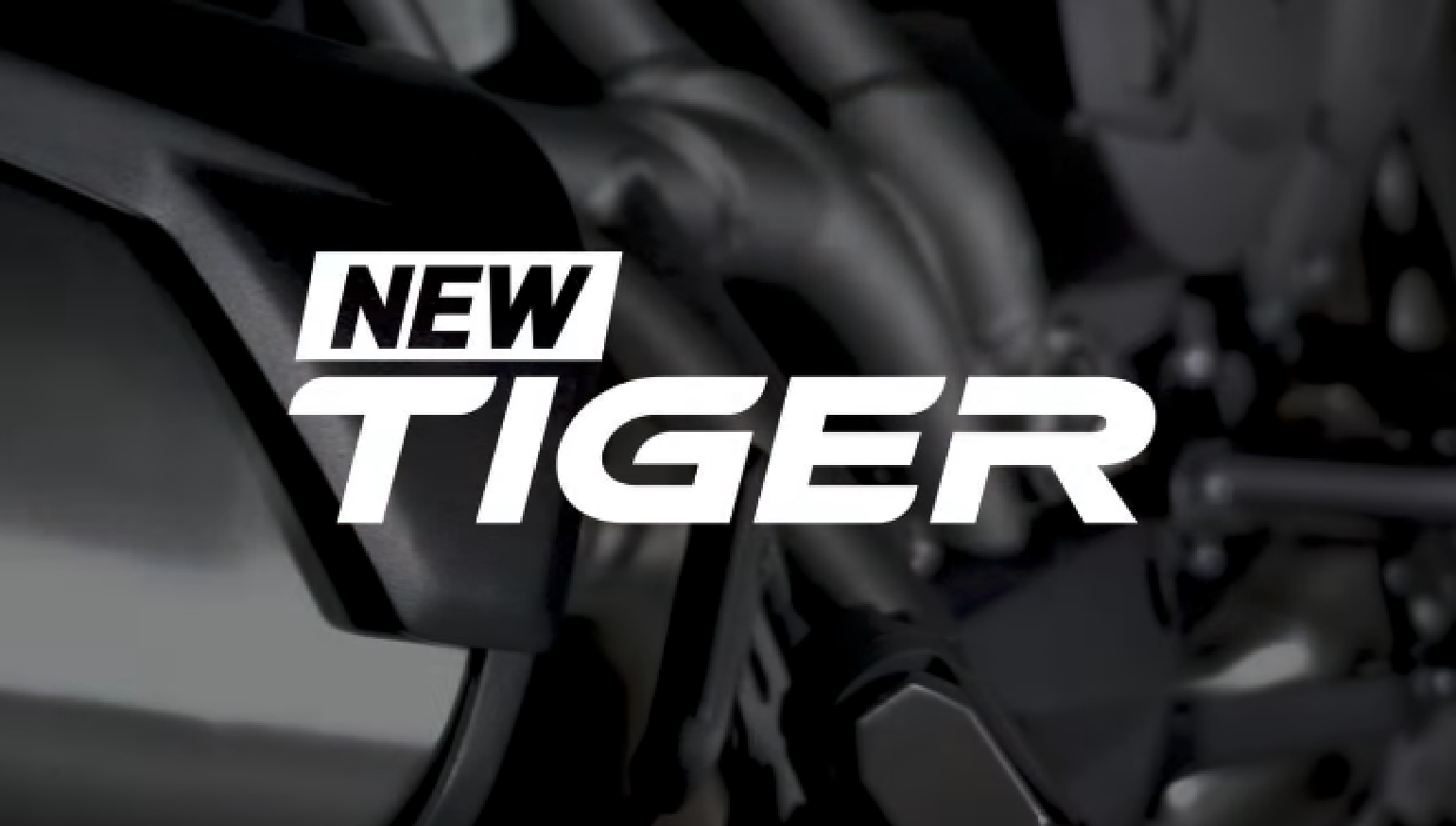 Triumph teases a new Tiger: Reality vs. my wish list

On the eve of the annual EICMA international motorcycle show in Milan, Italy, Triumph is whetting our appetites with a video released last week teasing a new Tiger. As a long-time abuser of a 2015 Tiger 800 XCx, I have some thoughts on what I’d like to see and what I think we’re actually going to get, based on the abbreviated clips in the video.

What I think we’re getting

I think Triumph makes a great effort in differentiating the Tiger lineup. For riders looking for a street-oriented adventure-touring machine, there is the XR. If hitting the dirt is more your goal, they have the XC. Both the XR and XC lines have different packages you can choose from in both 799 cc and 1,215 cc versions. I would expect the XR and XC lines to continue.

It looks like the TFT dash from the Street Triple line will now be available in at least one of the packages for the new Tiger. Along with that I would expect to see more advanced levels of traction control than the current options of on, off, or off-road. Handlebar controls look like they’ve been updated as well, taking their cues from the Street Triple family.

The front headlights look to have gotten an update, making them less angular and adding cornering functionality, most likely utilizing LEDs. I am not sure how I feel about this new style. The front end of my Tiger looks great the way it is.

I am guessing we’ll see a bump in displacement to somewhere around 900 cc, pushing power to somewhere around 100 ponies. (I honestly have no guess as to what we’ll see with the larger Tiger.) Protection for the engine looks to be the same, with crash bars and skid plate being factory standard options on the XC versions.

It looks like the brakes have been updated to a pair of four-piston Brembo calipers. While these aren’t the same insanely amazing M50 monoblocs we saw on the Street Triple RS, my guess is they’ll be plenty better than the current Nissin setup.

A lot of the main components like the frame, exhaust, foot pegs, and levers look identical to the old bike. I am disappointed that it appears that the rear passenger pegs aren’t removable. I would have bet money on that.

Now, let me move on from reality to my wish list.

Why is the Tiger line one of the only adventure bikes that doesn’t allow me to remove the passenger pegs (short of a hacksaw)? I’ve heard from more than one Tiger owner who has had to replace a frame because they bent the rear passenger pegs in a crash, causing irreparable damage to the frame. Removing the rear pegs would also allow for a better range of motion when riding off-road.

I am hoping that with a bump in displacement there will be less of a focus on top-end horsepower and more attention to refining how the Tiger makes its power. I’d like to see a shift in the powerband to produce more torque right out of the gate than the current Tiger provides.

The traction control on the current bike engages way too aggressively, especially in off-road mode. Based on the sophisticated electronics I’ve seen on the Street Triple RS, Triumph’s engineers should be able to adapt that technology to better suit off-road riding. Rider aids should instill confidence, not engage abruptly and unsettle the rider.

The gas tank on the current Tiger sits up high and creates a very top-heavy machine when compared to the competition. I’d like to see a gas tank that helps to shift that weight lower on the frame, thus improving handling both on- and off-road.

While I like the way that Triumph has differentiated the Tiger family, I don’t think they go far enough with the XC package. The WP suspension was a great start; now give me more. More travel, more adjustability, more damping, and heavier spring weights. Give me better protection that is really designed for off-road use. Give me the option to choose a knobby tire from the factory. Give me more that sets the XC apart this from its street-friendly brother.

Listen, I don’t expect them to actually produce the Tramontana version of this bike. Would I like them to? Hell yes. But from a marketing standpoint I get that I am in the minority that primarily abuses this bike off-road. However, I do believe that we are seeing more folks than ever regularly riding off-road with their ADV machines and the purpose of having the XC in addition to the XR is to gain off-road performance by sacrificing streetability.

So will Triumph set the world on fire with the newest version of the Tiger? I doubt it. I think they will give the Tiger some new flash, a bump in displacement, and include a few minor hardware upgrades. But I sure as hell would like to be proven wrong. 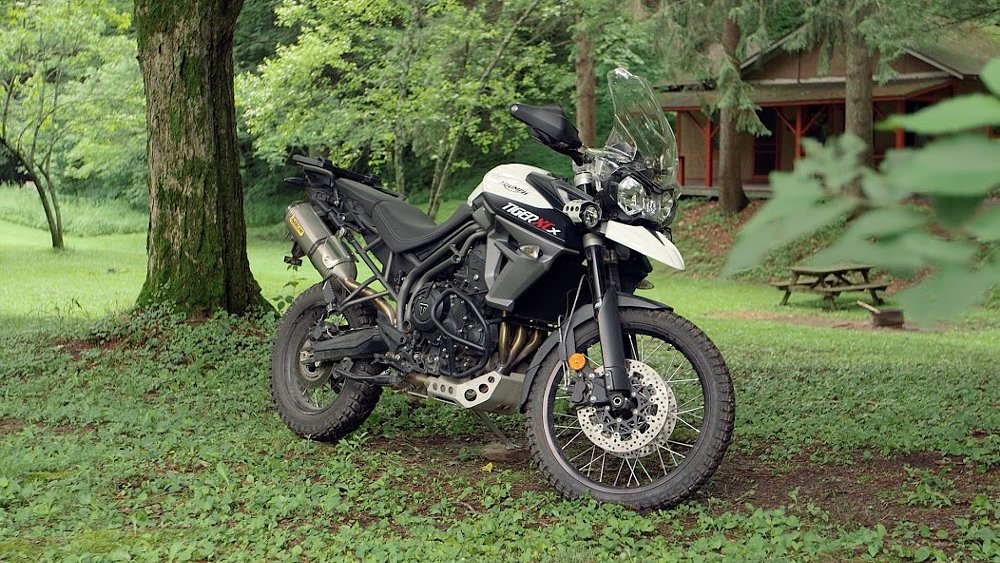 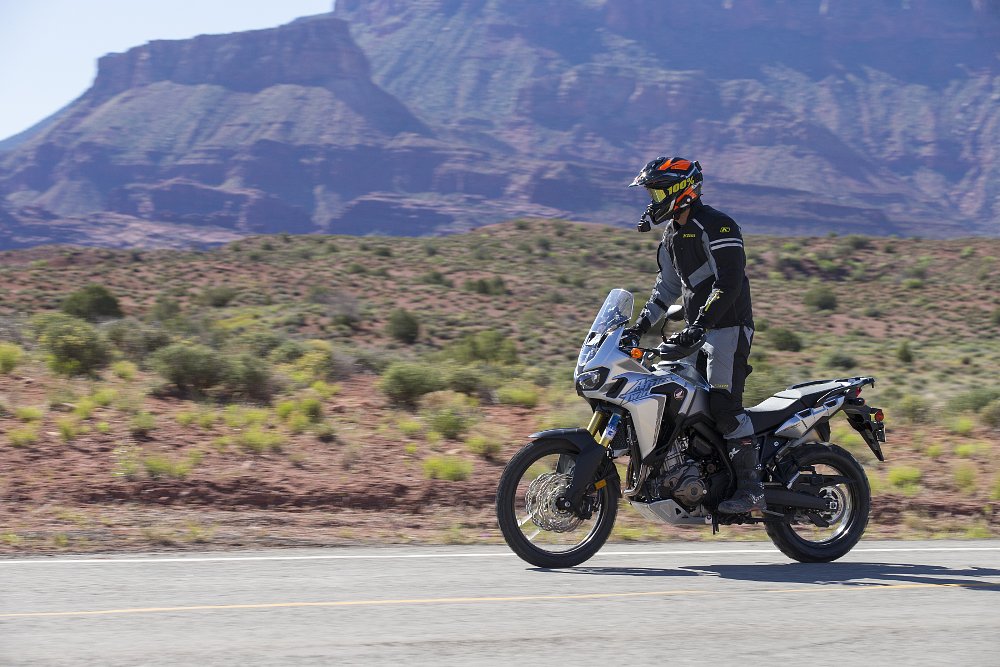