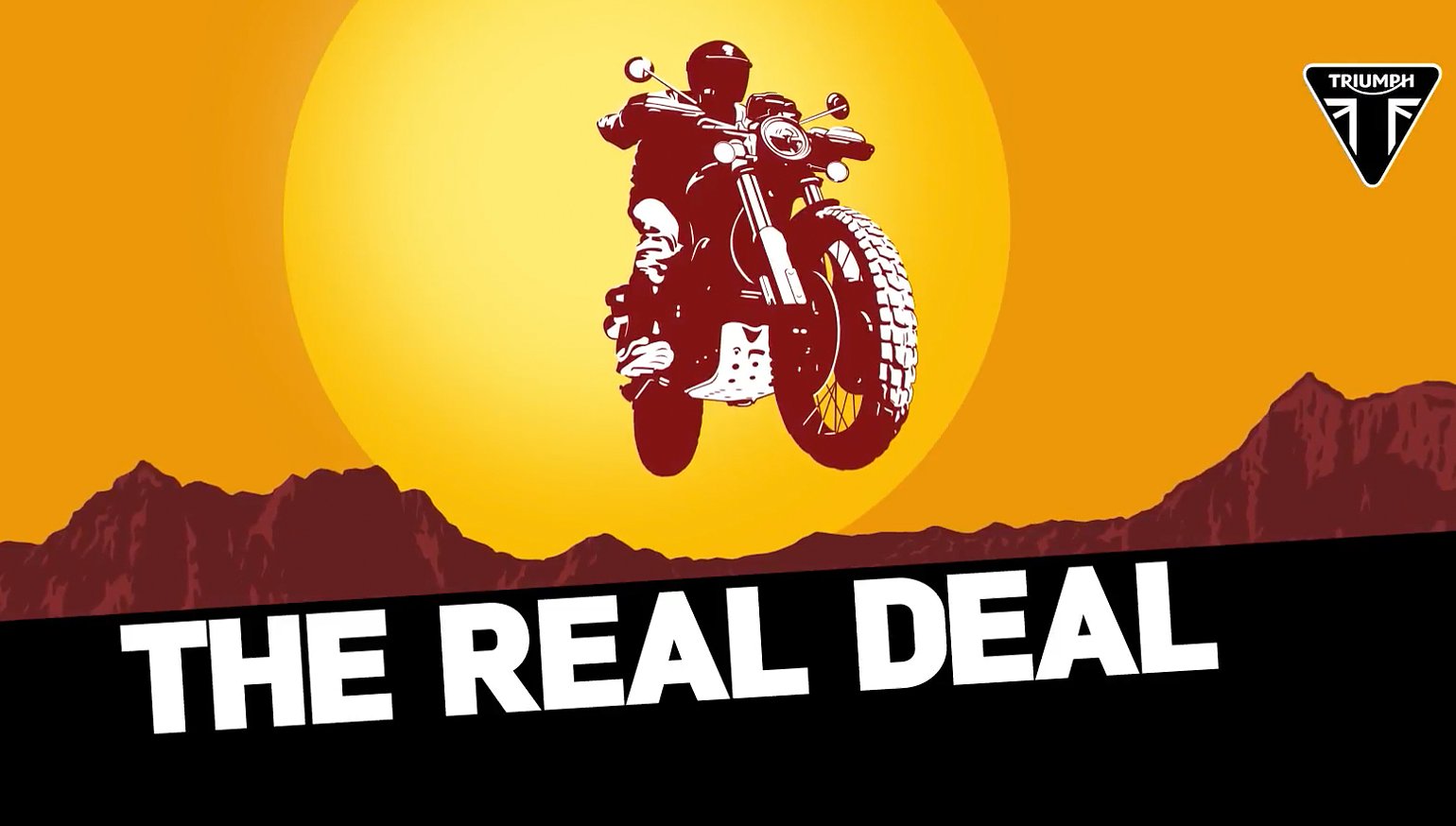 While I have grown tired of everyone and their mother capitalizing on the “Scrambler” naming convention, the bikes themselves are decently fun, stylish, street bikes. Ignore the name, ride the bike, listen to old-timers at the gas pump comment about how cool your bike looks, catch a pretty girl (or boy) winking at you, and enjoy the ride.

But apparently that’s all about to change.

Perhaps it is in response to the Ducati Scrambler Desert Sled, or maybe it’s because of guys like me whining in previous reviews that these scramblers aren’t really off-road machines, but for whatever the reason, Triumph announced this morning that they have a new bike coming that will blend style and off-road performance like never before.  Welcome the Scrambler 1200, which is being slated as a “new Triumph modern classic [which] is set to create a riding revolution with a whole new benchmark for what makes a scrambler great.”

The original scramblers from the 1960s and '70s weren’t “great.” They were what riders had. Ask our buddy, Joe Zito, who races a vintage ‘72 Triumph. They look cool as hell and every time Joe brings that bike into the office I find myself lusting after it. But riding with him out on the trails all I can think is, “Man, and Lemmy calls me crazy for riding adventure bikes off-road.”

While I’m guilty of loving the style of those old bikes, I also enjoy modern reliability. That’s why in college I bought a 2005 Triumph Bonneville. The Scrambler 900 came out a year later. Damn you, Triumph.

I love my Bonnie, but it was a poster of the Scrambler that adorned my garage walls. So I slowly began to shift the style of my Bonnie towards more of that “scramblery” look.

So perhaps what really “makes a scrambler great” is the style and the nostalgia surrounding it. And Triumph has capitalized on that in spades with bikes like the original Scrambler 900 and the new Street Scrambler. But now they want to go one step further.

According to Triumph, “The Scrambler 1200 marks the birth of a stunning new motorcycle generation. With never-before-seen levels of dual-purpose capability, this incredible full-on scrambler is as truly amazing off-road as it is on the road, doing everything an adventure bike can, and all with authentic scrambler style and attitude.”

I’ve learned in life that it’s always best to under promise and over deliver, but I suppose that is why I don’t work in the marketing office. I can see it now, “This bike is pretty good, it’ll do a little less than what you expect, mostly because riding aggressively off-road takes a lot of practice and skill, and you haven’t been eating your Wheaties. But I really think it looks cool and it’s a bulletproof design. You should take it for a ride, it’s still a lot of fun, even if you’re not jumping fences like Steve McQueen in 'The Great Escape'.” I’d be fired before noon.

Looking at the very brief 10-second teaser, a few quick facts can be gleaned. It looks to have an inverted front fork, possibly a WP suspension like we’ve seen on the Tiger line. It looks to have an aluminum skid plate as well as the plastic handguards off of the Tiger XC line. The headlight is from the Bonneville family, retaining that Modern Classic look. It also appears to retain the smaller Street Scrambler’s high-mounted exhaust.

The front wheel is spoked but when I zoomed in on the photo in Lightroom it looks like it might be an edge-spoked wheel, which means it might not be running tubes. The tread pattern on that tire appears to be a Michelin Anakee Wild. Michelin recently introduced a 21-inch tire to their lineup, so it’s not clear what the size is going to be, but I’m guessing it’s a 19-inch wheel, not a 21-incher. There are also dual discs mounted up front for better stopping power than the current Street Scrambler.

So am I excited about this bike?

Sure, why wouldn’t I be? For years Triumph has been building great bikes that look rad. One of the most memorable experiences I’ve had on a motorcycle in recent years was when I rode a Street Twin from Georgia to Texas and then up to Pennsylvania. I had almost 20,000 miles on my Tiger in two years before I sold it. And my Bonneville is still my favorite bike that I own.

That being said, I am also going to temper my expectations. I am hoping for a cool-looking street bike that has a little more “umph” than the Street Scrambler. If this thing ends up being “truly amazing off-road,” well, that’ll just be icing on the cake. 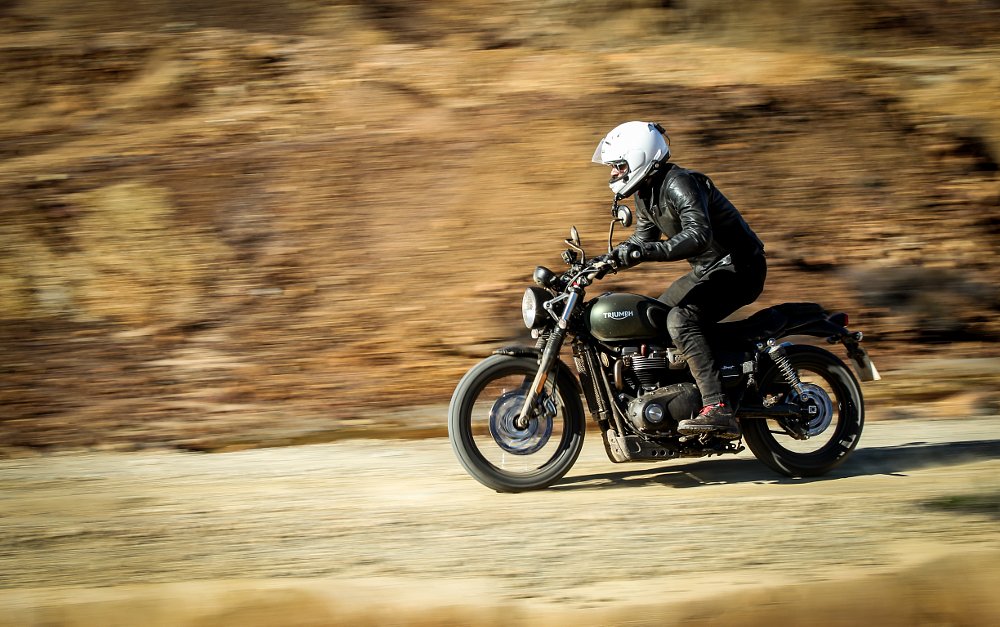 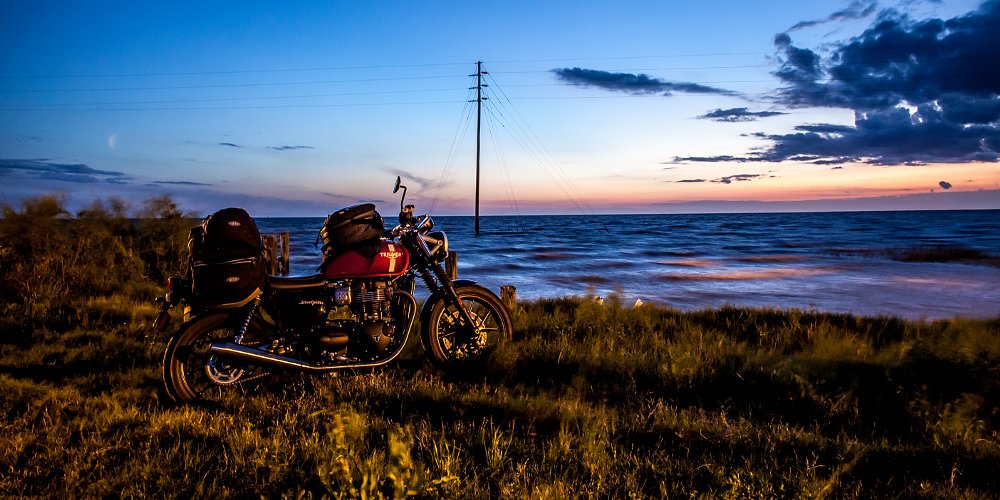 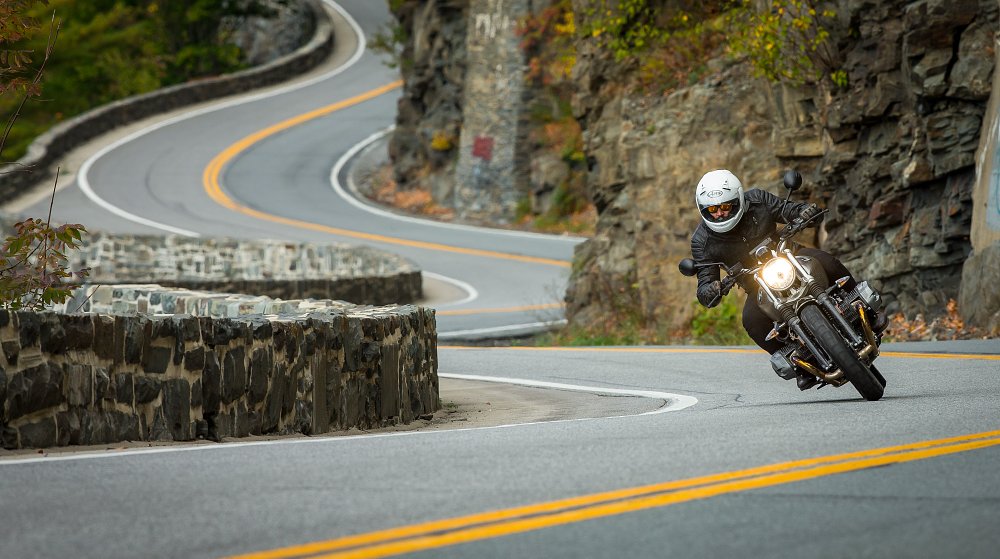