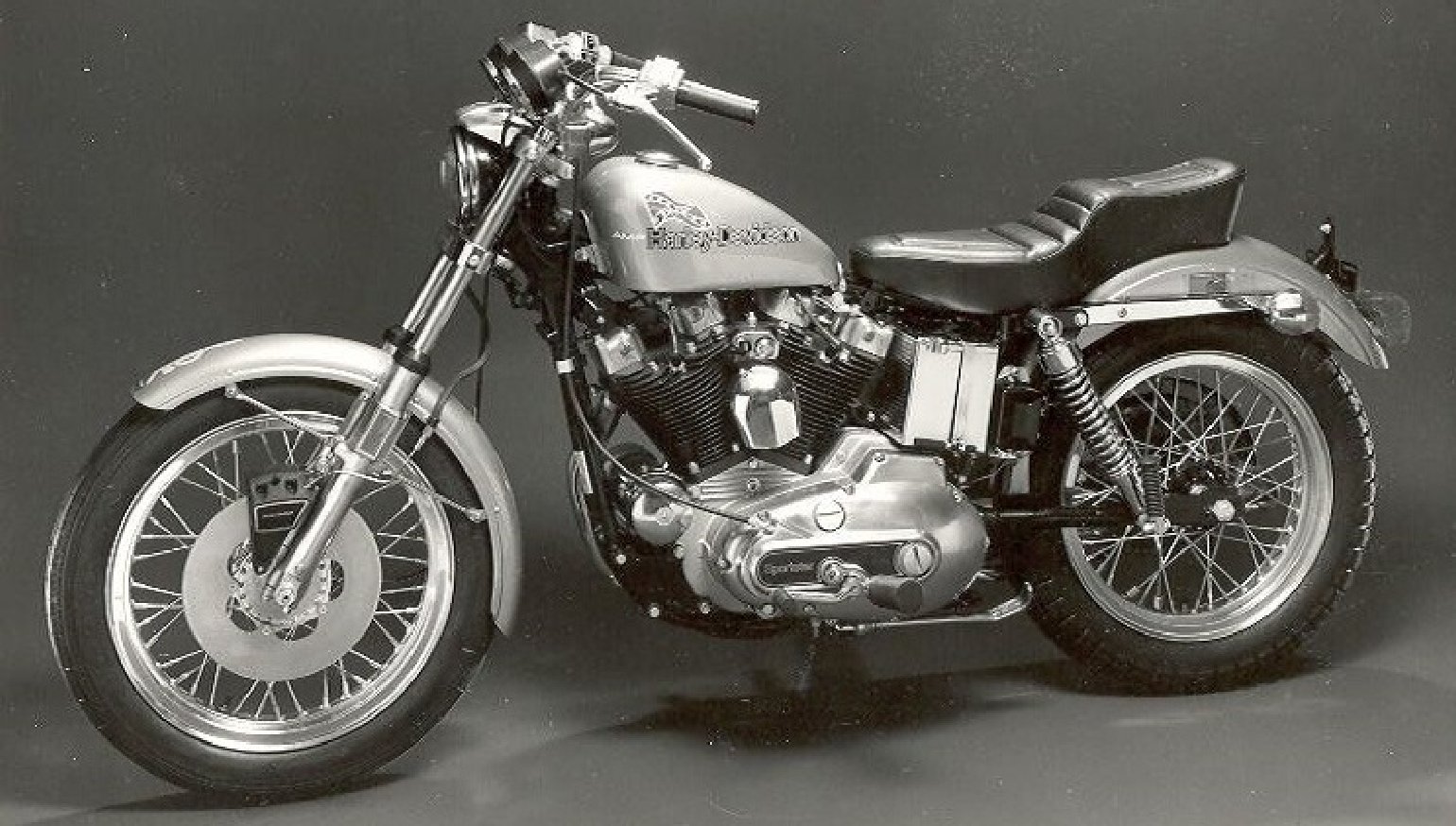 Three things Harley-Davidson would rather you didn't think about

Or, as I like to call it, “bullshitting.” Corporations do it all the time.

Harley-Davidson has been working extra hard as of late to improve its image and reception. That’s complicated, however, by the fact that there are a few occurrences Harley would prefer everyone forget. In fairness to them, two of the three I’m about to cover are well in the past, and they’re pretty victimless — but they do make for interesting reading.

Harley fudges its own birthday

I recall the excitement swirling around the MoCo’s hundredth birthday. I didn’t really understand the hubbub (still don’t, I guess), but as a reasonably green motorcyclist, even I got the impression it was a very big deal. Little did I know at that early stage in my motorcycling career that the date was a little wonky. This is covered really well in Herbert Wagner’s wonderful book "At The Creation," but the short version of the story is this: An early Harley-Davidson advertising manager tossed that 1903 date out over and over in early sales literature, and after a time, it was taken as gospel truth.

Wagner performed a bundle of research laying out many compelling reasons that S. Lacy Crolius, who served in his position with H-D from 1910 to 1919, may have gotten a little loose with the “start date.” For example, Harley’s very first dealer, C.H. Lang, testified in court that he hadn’t even heard of H-D until 1904, and he didn’t sell one until 1905. That timeline is supported in other places: The first bike was probably runnin’ sometime in aught-four, and the boys had bikes up for sale the next year.

To wit: Harley treated 1954 as its 50th anniversary. Bikes were adorned with special badges on the fenders, and much fanfare was trumpeted in ad literature. Arthur Davidson was alive until 1950, and there were plenty of old-timers who worked in the factory. Surely that had something to do with the date being what it was. But in 1978, H-D celebrated its “75th anniversary.” In 2008, The Mothership offered this (weak-ass) explanation in "The Enthusiast" magazine. “Anyone who has forgotten an anniversary can take solace that Harley-Davidson was a year late in celebrating its 50th, having equipped its 1954 models with this special logo on the front fender, which should have appeared on its 1953 models.”

Right. Harley-f’in-Davidson forgot its 50th anniversary. The whole company. And then they decided to just cover it up and celebrate in ‘54.

Does it actually matter what year they pick as the first one? Probably not, but I think it’s sort of a disservice to the early pioneers of the company. Harley would probably prefer if you didn’t think about it too much.

Harley made a motorcycle called the Confederate Edition

Times change. What was once acceptable becomes unthinkable, and vice-versa. Race relations in the United States have been tumultuous throughout the years, but few remember that Harley has the proverbial racist uncle hidden in the back room.

Some background: It’s 1976. Harleys are sort of losing their luster. Japan is beginning to kick the shit out of the British bike industry, and they’re putting the screws to Harley-Davidson, too. Harley’s parent company, AMF, is treating the company a little less like a mom ‘n’ pop business because… well, they were no longer a mom ‘n’ pop business. Labor in the factories is getting peeved. Quality is sliding downhill, which isn’t helped by some of the ancient tooling employed to make these motorcycles. Harley successfully sells a “Liberty Edition” of their motorcycles, cashing in on the ability to sell American-swaddled bikes to those Americans who value having an American bike.

Then 1977 rolls around. Smokey and the Bandit comes out this year. Lynyrd Skynyrd goes down in an airplane crash late in ‘77. The Allman Brothers are playing to some of the largest crowds they’ve ever seen. Harley-D was not immune to cashing in on the attention being paid to Southern culture. So they built a few Confederate Edition motorcycles, which are among the rarest Harleys you’ll ever see — fewer than 700 were made, and for reasons that should be obvious, many were repainted. Some of those repaints happened at a dealer level before they sold, and others were painted by owners, likely as the political climate changed as time wore on. Supposedly, only a handful are known to still exist.

These bikes featured a yellow decal on the front fender said to resemble the braid on the Confederacy’s uniform during the Civil War. The inscription beneath reads, “The Confederate States of America.” The coup de grâce for these bikes, though, is a stars ‘n’ bars flag flown next to the AMF/H-D logo on the tank. (The part number for the flag decal is 61651-77.) Promotional materials for this bike included glamour shots of a slightly underdressed, very buxom lass wearing a cowboy hat posing near the bike.

Harley-Davidson has unsurprisingly elected not to display these machines in their museum, though they do own at least one. (Might be more, too — word on the street is that Harley bought some of these up after they were made.) Harley has kind of comically grouped almost everyone but “middle-aged-or-old-white-guy” into what they are calling “outreach customers,” so it sort of makes sense they’re not parading around stuff with the stars ‘n’ bars on it.

My suspicion is that by now, no one really gives a shit that Harley did this; it sure can’t be a surprise considering their customer base then and now. People — even the people who should be offended by this — probably realize the HD of four decades ago slinging motorcycles is not the Harley-Davidson of 2018. But perhaps they’d appreciate it if we just left the Confederate bikes as a nonexistent little blip on our radar.

Harley’s lending tactics are a little questionable kind of scummy

It should probably be known that Harley-Davidson Financial Services (HDFS) will try to help plenty of people get a motorcycle — even the financially irresponsible. It should also come as no surprise that they’ll make greater exceptions to sell a new bike as opposed to an old one. And I think it’s also fair to mention that other OEMs certainly extend credit to, ahem, less-than-exemplary customers. But H-D takes the cake. You may have noticed their 90-day delinquency rate has fallen for the first time in 11 quarters, which is eye-popping. I dug into this a little, and got a former sales manager of a Harley-Davidson dealer to give me some numbers.

Harley-Davidson, you see, will lend on a new bike to someone with a FICO credit score of 525, according to this source, who prefers to be unnamed for fairly obvious reasons. (This is actually an improvement. Previously, it was 510!) And if your payment is too high? They’ll work you a loan for 84 months. My source also informs me that H-D mercifully caps rates. Well, that sounds responsible at least, right? Maybe not. The cap comes in at a whopping 23.99 percent.

Look, a subprime loan on a house is bad enough, but hell, everyone needs somewhere to go to keep the rain off his back. But on a motorcycle? I think the term “predatory lending” is exceptionally loaded language, but sometimes maybe the right thing to do is just say, “Look, with your credit rating, all signs point to you needing a high-interest motorcycle loan like you need a bad case of poison ivy.”

Unsurprisingly, I see all sorts of bushwah about “rolling my own” and “freedom” in the sales literature, but that 24 percent interest rate isn’t very prominently displayed. Strange how that works, ain’t it? It’s almost like Harley… doesn’t want you to know. As Harley-Davidson knows, some days you "control the narrative."

Some days you don’t.