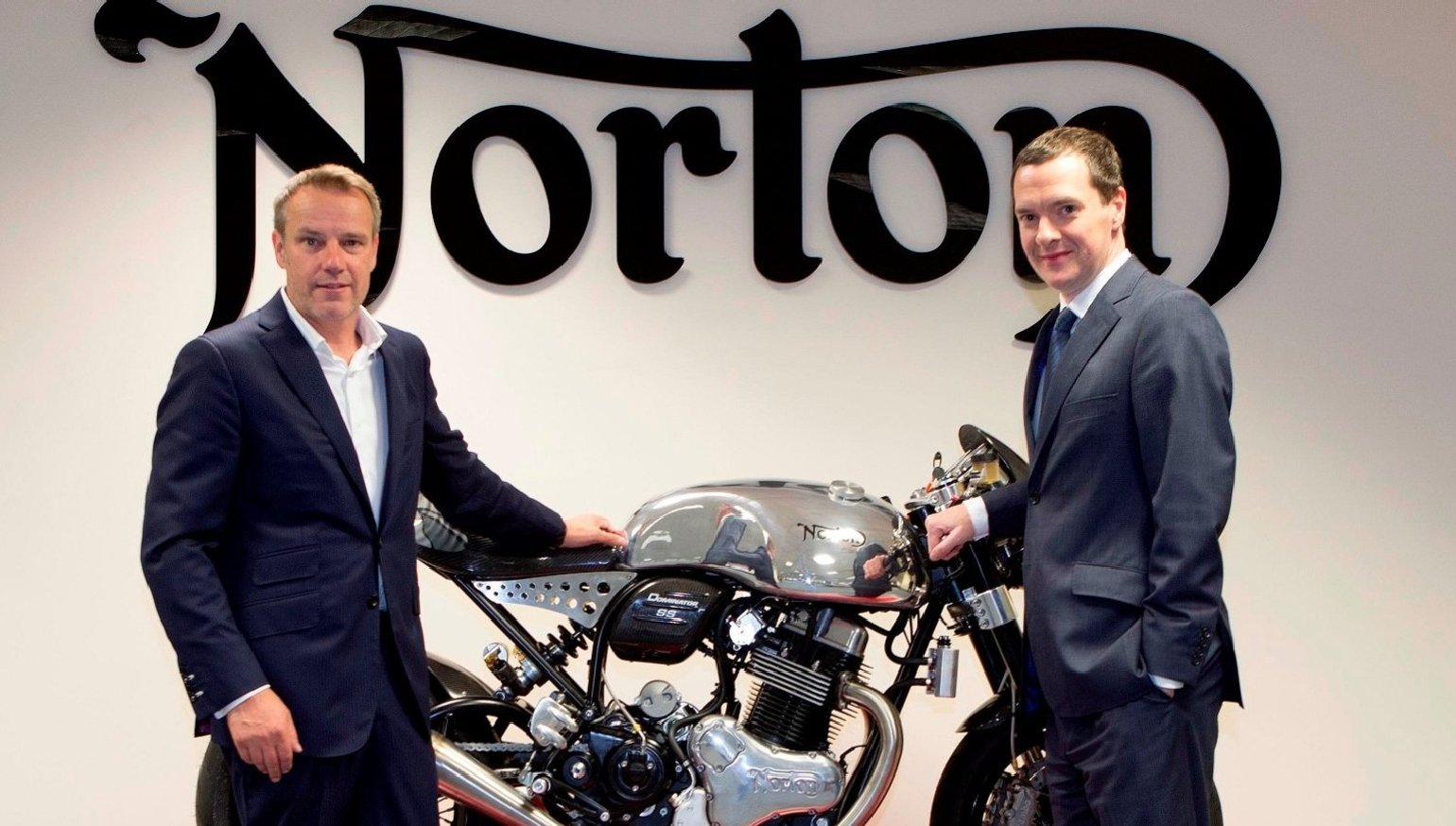 The collapse of Norton Motorcycles

People in the motorcycle industry often complain that bikes are ignored by the mainstream media. That was not case in the UK last month, where stories about Norton appeared in all the big newspapers and on TV news.

Unfortunately, it was bad news. Early in the new year, Norton went bust again, and among its creditors were hundreds of pensioners, some of whom lost their life savings.

The story’s complex, and there are several threads to it.

The earliest record I've found was this complaint filed on August 22, 2019, in the London Gazette (a public record of court filings) by DHL. In the UK, such a "winding up" petition is the first step in forcing a debtor into involuntary liquidation. Norton owner and CEO Stuart Garner must have either settled with DHL or fought off this petition, but he was about to run afoul of two more dangerous creditors: Her Majesty’s Revenue & Customs, the UK equivalent of the IRS, and Metro Bank, Norton’s main creditor.

This concise report from the website Consultancy.uk describes the specific circumstances under which Norton was put "under administration" (as they say in the UK). HMRC filed a winding up petition of its own over an unpaid £300,000 tax bill. That case was adjourned but likely prompted Metro Bank to call its loans.

The bank put an administrator — a company called BDO — in control of Norton. BDO has identified more than 500 creditors, and has already solicited bids for Norton’s assets. The single most valuable asset being the Norton brand itself.

Signs of trouble emerged more than a year ago, when the company released its fiscal 2018 results in a public filing. Garner spent last year in an increasingly desperate effort to raise money. In November, he announced a plan to crowd-source £1 million through an investment site called Crowdcube. He said the money would enable Norton to increase production of V4 superbike and 650 cc twin retro machines, filling what he claimed was £30 million in orders. A week later, Garner shut down the crowd-source effort, saying that a single anonymous investor had put up the whole million quid.

That same month, Garner also issued an investment prospectus, offering to sell new shares in Norton. The deck described investment levels ranging from £50-£100,000 and dangled the prospect of a future IPO.

Roger Willis is the Business Editor for the trade magazine British Dealer News. He doesn’t believe Garner’s story that an individual investor put up a million quid. He’s sure Garner shut it down because, in fact, the Crowdcube campaign was only going to illustrate the degree to which Garner had lost all credibility, even amongst the Norton brand’s hardcore fans. As for the investment prospectus and IPO, “That was just bullshit,” Willis stated.

Garner got a mansion, retirees lost their life savings

Was Garner just a entrepreneur who got in over his head in a difficult motorcycle market or is there something more nefarious at work? Garner set up his venture to maximize government benefits for things like research and development. That, of course, might just mean he was a clever businessman.

If, like me, you have a suspicious cast of mind, there are reasons to doubt that Garner was operating above board. For example, he acquired a huge mansion, Donington Hall, which is nominally Norton’s headquarters. But in this post from a society website, it’s clear he was really just using it as a luxurious personal residence. And then there’s the matter of Norton buying six Aston Martin cars.

Garner and Norton also have only one degree of separation from several people who have been convicted of fraud. When Garner bought the rights to Norton from an American company based in Oregon in 2008, he funded that purchase by borrowing almost £1 million from two Britons named Andrew Meeson and Peter Bradley. The funds that Meeson and Bradley loaned to Garner were later shown to have been gained through an illegal tax fraud. It took five years, but Meeson and Bradley were convicted and sentenced to eight years and six months in prison.

The Norton scandal that looks even worse, however, is one that appears to have cost more than 200 retirees their savings. Collaborative investigative reporting by The Guardian newspaper and ITV television network brought the issue to public attention. About the time Meeson and Bradley were in court, a man named Simon Colfer convinced over 200 British pensioners to transfer their "pension pots" (comparable to a 401k plan in the United States) into three pension schemes totaling over £14 million by promising them they would receive a tax-free lump sum payment for the transfer. In 2018, Colfer pleaded guilty to using a false name (in order to conceal a past conviction and bankruptcy) and lying to hundreds of pensioners.

Stuart Garner — who claims he never knew the origin of the £14 million — was the trustee for all three schemes. He invested the money in Norton. Norton paid a company called T12 to register the pensions with HMRC and administer them on a day-to-day basis. Two of the directors of T12 are Andrew Meeson and Peter Bradley — the guys who loaned Garner a million quid to buy Norton in the first place.

Though Garner, as trustee, investing the money in his own company appears to be a clear conflict of interest, he has protested that he is just another victim of these fraudsters. The thing is, UK pension rules dictate that after a five-year lock-in period, pensioners can get their money back from the trustee. Many of them have tried to get their money back from Garner, but no one’s seen a penny. With Norton now in bankruptcy, the consensus in the UK is that none of them ever will.

At least 30 of the pensioners have complained to the UK Pensions Ombudsman’s office, which scheduled a hearing and demanded that Garner appear. Garner failed to show up.

In addition to the pensioners who lost money, customers who put down deposits for V4s and 650 cc twins are unlikely to get their money back.

Some motorcycle journalists were suspicious early on

Willis, at British Dealer News, knows where all the bodies are buried in the UK motorcycle business. He first met Garner in 2009, when the latter arrived on the Isle of Man, claiming that Michael Dunlop would race a Norton rotary in the 2009 TT. That never came to pass. Garner’s excuses rang false and Willis viewed Garner with steadily increasing skepticism. When the Pensions Ombudsman made the recent pension scam a matter of public record, Willis was the first motorcycle journalist to break the story, in his column in BDN.

John Hogan is another senior journalist, and the editor of the UK magazine Superbike. He’s also the author of TT racer John McGuinness' autobiography and "McPint" expressed his misgivings about Garner to Hogan.

“I'm not usually an investigative journalist," Hogan told me. "I like to think I'm more of an old-school feature writer than anything else. But I knew this story needed telling and nobody else was covering it.”

Hogan set out on a months-long investigation that involved interviewing many people who’d worked or dealt with Garner. The cumulative portrait is not flattering. As I write this, the first interview in a nine-part series is already up on the Superbike website. If you’re fascinated by this story, you’ll want to bookmark that site and come back every few days. John told me that he’ll also release a podcast once the series has been published.

How will the Norton saga end?

According to Roger Willis, the Pensions Ombudsman is currently investigating Garner’s involvement in the £14 million pension scam. The Ombudsman will pass a report on to the Pensions Regulator. If the Regulator determines fraud, it will recommend the case to the Serious Fraud Office. That’s a government department with police powers.

Willis expects that Garner will be arrested, but warns that the process takes time.

As for the Norton brand, I expect that asset will be snapped up by a new owner. 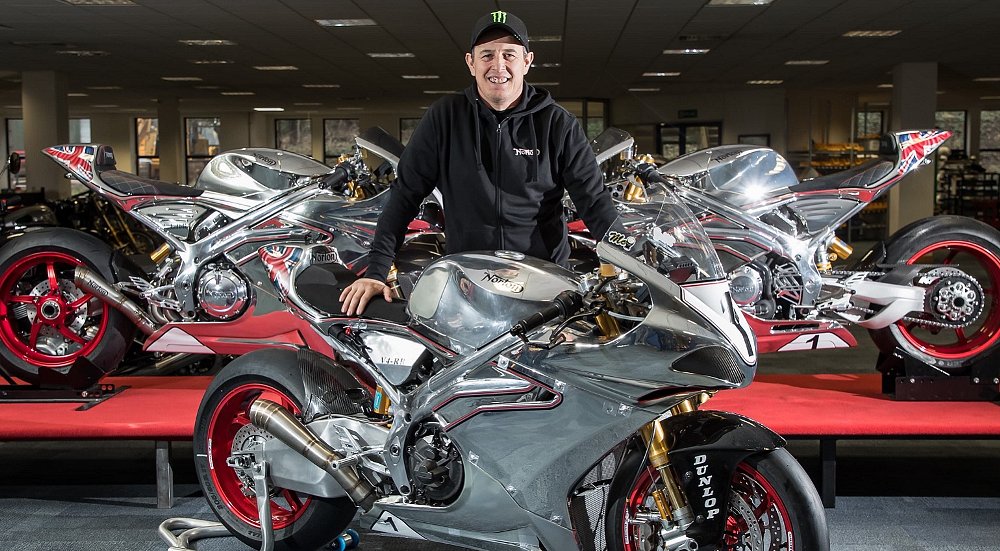 Can John McGuinness win the Isle of Man TT at 46... on a Norton? Lance Oliver