The 100-yard section of road paved with clay tiles seemed to taunt me, with the pitter-patter of the sprinkler system that wet it down just daring me to challenge her slippery surface. I'm supposed to ride at normal speeds and then stab the brakes with all my might. This idea sounded so much better on the phone a few days ago — and I'm starting to wish my "normal speeds" didn't require me to lie to my mother.

Motorcycle technology has come a long way. Features like varied fuel maps, anti-lock brakes (ABS), and traction control (TC) have made their way from top-level race machines onto many of the street bikes available today. ABS and TC systems are important because they keep riders safe when panic or low-traction situations pop up unexpectedly.

Systems found on motorcycles today work like the systems on cars, monitoring and comparing the individual wheel speeds to detect when one wheel is moving too slowly in relation to the other (which represents locking up the brakes) or is spinning too quickly in relation to the other (which represents a loss of traction) and then cutting throttle or brake pressure to help remedy the discrepancy. The computers used in these motorcycle systems are fairly basic, and assume the bike has all of the available traction of a bike that is upright.

Unexpected situations don't always happen when the bike is straight up, however. It's no surprise that two-thirds of motorcycle crashes not involving another vehicle happen in a turn. When the bike is leaned over, part of the available traction is used for cornering grip, leaving less for braking. More specifically, you only have 85 percent of your normal brake pressure available at 33 degrees of lean angle in perfect traction conditions. Throw in some rain, gravel, or uneven or slippery surfaces and that number goes down even further.

Bosch and Ducati have taken motorcycle performance and safety to a whole new level with the new Motorcycle Stability Control (MSC) and ABS with linked braking systems on the 2015 Ducati Multistrada and 1299 Panigale. This new system improves the accuracy of the intervention, and unlike less sophisticated systems, it does so even when the rider is leaned over.

The Motorcycle Stability Control system is made up of what the Bosch engineers call a five-axis lean angle sensor, wheel sensor, and Bosch’s new ABS 9 enhanced. These systems feed the bike’s onboard computer system information about acceleration, deceleration, yaw, roll, pitch, and wheel speeds hundreds of times per second.

The onboard computer system runs hundreds of calculations every second to determine the amount of available traction, factoring in lean angle, and then gently modulates the amount of brake pressure or torque applied to the wheels if the rider applies more brake force or throttle than the traction allows for. This means that, when paired with the linked braking, the optimal amount of brake pressure is applied to both wheels when the user applies full pressure to either brake in a panic situation.

The video below shows the Bosch system performing on other models of motorcycles. (Note: The Ducati Multistrada and Ducati Panigale do not have the hill hold control shown in the video.)

To test this, we went to Bosch’s testing facility in Detroit to do some controlled tests.

For the first test, I found myself on a Multistrada fitted with an outrigger, rendering it uncrashable (or so I was told), staring at a road paved with slippery tile being wet down by sprinkler systems. While most riders don’t find themselves riding on slippery tile, this surface was built to test straight-line ABS and traction control, like a rider experiences when the parked car pulls out in front of you or you ride over the wet manhole cover or oil patch.

Most bikes in those situations would buck and buckle once the ABS system detected the front wheel was locking up, but when I grabbed the brakes on the Multistrada, it actually become more stable than when I was just coasting on the tile. A slight clicking was the only feedback coming through the bars as the bike quickly came to a stop.

To test traction control, I got a 40 mph rolling start and then applied the gas right before, during, and after I hit the tiled section to see how the bike would respond. Most bikes with traction control systems would go between revving high and then chopping power as they oscillated between trying to apply power and then sensing the lost traction. The Ducati did this when I tried to start from a complete stop on the tile but, with a rolling start at fairly normal speeds, it simply felt like I’d dropped into a higher gear and was a little too low in the rev range, keeping the power steady while drastically reducing the torque in the power delivery. Traction was maintained perfectly and that massive motor was kept completely in check.

Throughout the testing, I didn't even come close to bouncing off the outrigger's protective arms once. On the tile, I was never even close to feeling unstable or like I was going to lose traction or control with the aids enabled. Both the ABS and TC's engagements were applied sans any sort of drama, both keeping the bike feeling hooked up and providing optimal levels of braking or acceleration.

To test these systems while cornering, we headed out to the track with a cone course set up so that we could ride at 35 degrees of lean angle at 35, 45, and 55 mph. Once we’d hit the desired speed and lean angle, we were encouraged to stab at the brakes or get on the gas with increasing levels of severity. If this drill doesn’t already sound like absolute madness, consider that these bikes were lacking the outriggers from the previous drill. Despite going against everything I’ve come to believe about acceptable inputs mid-corner, the Multistrada handled our rough and choppy inputs and refused to let us crash. In addition to preventing crashes, the combination of ABS and linked braking also keeps the bike from running wide in a turn under braking, which is hugely important in the real world.

Wet or dry, dirty, sandy, or rocky — the new Bosch ABS and MCS system handles it all, and not just when the motorcycle is perfectly vertical. Not only does this keep riders safer in emergency situations, but it also helps motorcyclists ride these bikes faster by letting the bike monitor its own traction limits and apply as much torque or braking power as the tires can handle. 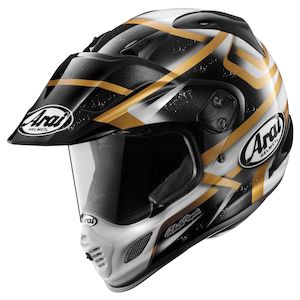 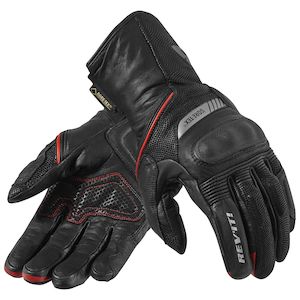 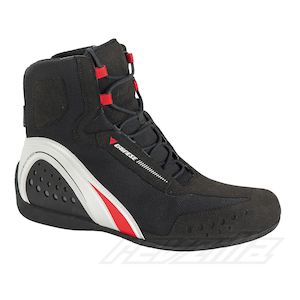