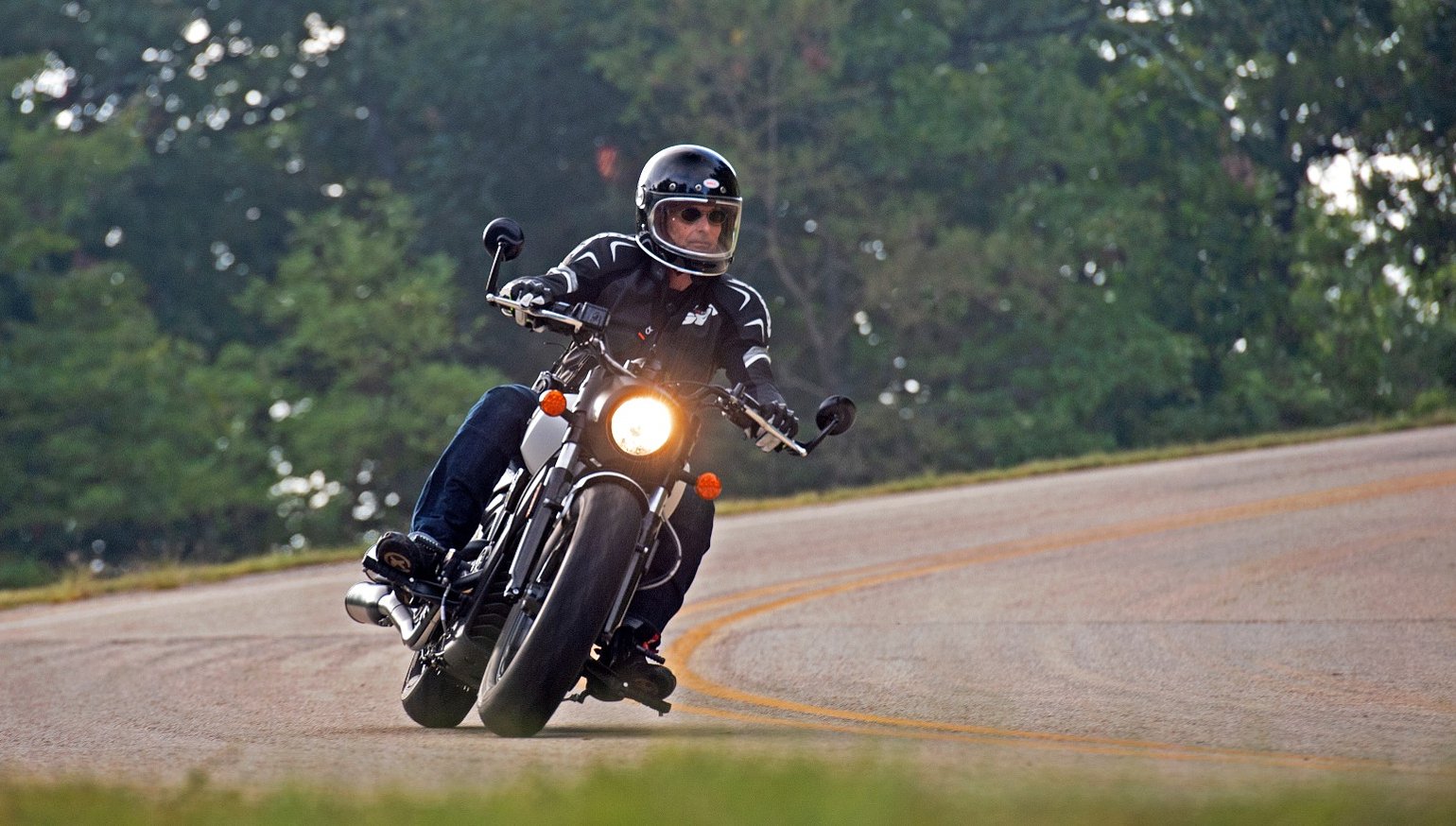 Last fall, Metzeler invited a small group of journalists to join the company’s renowned "outdoor testing" group in Arkansas. On the menu: several hundred miles of the roads that make the Ozarks one of America’s top riding destinations, and a variety of the company’s brand-new CruiseTec tires for V-twins.

Metzeler’s Silvio Frare, head of the company’s motorcycle business unit, told us that the impetus for the new line was that manufacturers are increasingly focused on performance cruising. While most American cruisers and touring riders choose a V-Twin engine configuration, there's a wide range of power output, vehicle weight and suspension specification within that distinctively American style — to say nothing of frequent customization. A single-seat bobber needs a totally different tire than a bagger that might be burdened with several hundred pounds of passenger and luggage.

With all that in mind, you won’t be surprised to learn that while all CruiseTec tires bear a family resemblance — they share compounds and tread patterns — beneath the surface, they’re often quite different. Most have good old bias-belted carcasses, but some are radials; belts are mostly aramid, but some have steel belts, too. Most carry an H speed rating, which corresponds to 130 mph and is obviously enough for almost any cruiser; a few of the rears are V-rated for speeds of up to 149 mph.

And, they’re available in a correspondingly diverse range of sizes, from 16 to 21 inches up front, and from 16 inches to a stout 260/40-18 at the rear. That means a wide range of prices, too, and the CruiseTecs are available for order now at RevZilla for prices ranging from $143.73 to $286.46. As a sport bike guy, I’ve never attended a launch where one family of tires was so diverse. Metzeler’s goal is that different constructions can be matched to different motorcycles.

Tire guys use something they call a "spider chart" to graph overall tire performance. Although they’re often loathe to specifically identify the tires they benchmark against, Metzeler showed us a chart which compared the new CruiseTec to a typical competitor on six criteria.

As the accompanying illustration shows, they feel that their new tire offers equal wear to "Competitor 1" while providing distinctly superior performance across the other five criteria.

What makes the CruiseTec different?

The CruiseTec carcass is shaped more like a performance tire, with a profile that ensures that the contact patch is nearly as big when leaned over as it is when upright. (According to Metzeler, typical cruiser tires’ contact patch is about 18 percent smaller at lean, while these new tires keep that change to less than 10 percent.) The new tires’ profile should, in theory, result in easier turn-in and better feedback at full lean.

The tires are made using the Metzeler Belt System, so the carcass is made in one stage and the belts and tread are added separately. Frare told me that their system allows for tighter tolerances and results in less runout after baking.

Structurally, the use of stiffer individual cords allows for tires with a smaller cord end count. A smaller number of cords (per inch) that wrap around the tire bead result in a carcass that is more willing to conform to irregularities in the road without imparting a steering force.

During the presentation, one of the Metzeler techs mentioned that the CruiseTec line was mainly developed “...for the U.S. market, so wet grip wasn’t a main factor, but we’ll also sell them in Europe, so we of course tested them in the wet.”

Ouch, eh? They basically told us we’re too chicken to ride in the rain. But the front tread pattern, that crosses over the tire centerline, helps to clear water from under the front tire in hard wet braking. That results in stopping distances from five to 25 feet shorter than benchmarks on their flooded test track.

All CruiseTec rear tires are dual-compound. The durable center strip is shod in a rubber compound that’s conceptually similar to run-of-the-mill cruiser tires, with more than 35 percent carbon black, which is pretty much essential for long life. The rear tread pattern also allows for a slick center strip that improves straight-line stability and boosts mileage.

The compound on the sides of the rear tire — and all of the front tire — has much less carbon black, and is about 25 percent silica, by weight. This is similar to contemporary sport-touring compounds. The result is a tire that gets up to temperature quickly and has good chemical grip in the wet.

Both the front and rear tread patterns feature "compound bridges." This means, basically, that the grooves are interrupted by solid areas of the compound. Those bridges are a design compromise that inevitably reduces a tire’s ability to clear water, but provides increased stability and feedback under heavy acceleration or cornering loads.

Last but not least, even in the cruiser segment, new tires must take into account the effect of ABS and traction control.

So how do they work on the road?

Metzeler booked The Lodge at Mount Magazine, in the Ozarks National Forest, for the CruiseTec launch. If you’ve never ridden the Ozarks, you should — it really doesn’t matter if you’re on a cruiser, into sport touring, or dual-sporting. In this case, it was the Ozark roads that drew us; a mix of sweeping curves up on the plateau and technical switchbacks when descending or climbing back out of the valleys. Most of these roads are asphalt sealed with local limestone. They’re grippy. Because it’s a National Forest, there’s not much cross traffic. Don’t quote me to the judge, but local cops seem to realize that visiting bikers are good for the economy.

As we gathered on a cold, foggy morning, I ran into a friend from Kansas City who happened to be in the area riding a tasty Ducati Supersport. Metzeler had borrowed several new Indians from that company’s press pool, and rented several late-model used Harley-Davidsons from a willing dealer. As two sport-bike guys perusing the dozen or so available mounts, we both agreed that the Indian Scout Bobber looked most like a proper motorbike. As other journalists milled about, I snuck in and put my helmet and gloves on it; my dibs, as we used to say.

In some ways, that was a smart choice for a tire test. The Bobber makes reasonable power, has decent brakes, and handles well for what it is. But I quickly realized that actually riding it involves holding what interrogators at CIA black sites euphemistically call a “stress position.” For the first few minutes, it’s no big deal; after 15 minutes it’s damned uncomfortable; by the first photo pass I was ready to finger any of my friends as a member of ISIS in exchange for even a tiny windscreen or the ability to move my feet back a few inches. By the lunch break I was considering actually joining ISIS.

The turn-in was progressive and intuitive, well matched to the Bobber’s combination of lazy (by my standards) geometry and leverage provided by the wide handlebar. The CruiseTec front seemed immune to seams, grooves, or metal bridge decking. It was commendably stable under hard braking, and handled sport-style trail-braking with aplomb. Some tires develop a shimmy if you take both hands off the handlebar as you’re coasting down from 50-30 mph. These didn’t.

The silica-rich side compound provided a degree of grip that seemed almost limitless, considering the Bobber’s available lean angle. Although we did not encounter rain, that was true early in the day when there were a few damp patches on cold pavement.

The roads we rode on were scenic and fun, but runoff was usually very limited. At a track launch, I would have considered twisting the throttle more aggressively while dragging the pegs out of corners. I suppose under those conditions I might have experienced the tires’ tendency to break away. As it is, I can’t tell you if that’s progressive or sudden; all I can tell you is that I believe the edge grip exceeds the demands most cruiser riders will place on their tires.

Maybe the most important characteristic for any new tire is something that was completely absent: surprises. That’s a good thing. I rode all day, getting increasingly confident in the Bobber’s handling (which is pretty good; you just can’t lean it over too far). I braked harder and carried some braking deeper in corners, and used more and more of the Indian’s torque to power out of them. It never did anything except what I expected.

Riding a 200-plus-mile loop on that Bobber wore me out, but it didn’t provide any insight into the CruiseTec’s wear rate. In my experience, tire companies are loathe to tell journalists how long a new tire should last. I guess that’s fair; as the saying goes, YMMV. However, a quick perusal of Harley-Davidson bulletin boards suggests that Dunlop 407 users see 10,000 to 15,000 miles out of a rear tire. I’m speculating now, but I think that was "Competitor 1" and by extension, that’s what you could expect from CruiseTecs.

Again, although I can’t speak from experience, Metzeler’s claim is that CruiseTecs will keep their handling characteristics for a very long time. That will be appreciated by high-mileage riders, who often complain that tire performance falls off long before they reach the wear bars.

The consensus among the assembled journalists seemed to be that Metzeler CruiseTecs proved to be very good tires on diverse V-Twins, as ridden fairly aggressively all day — and very aggressively on the final, technical climb back up Mount Magazine. The last few miles turned into a bit of an outlaw road race. All the bikes were returned minus peg feelers or a lot of floorboard!

Iron Butt riders who place a very high premium on mileage are not the target customer for the CruiseTec line. For most American cruiser or touring riders, however, I believe Metzeler met its goals — to equal competitors’ mileage while beating rivals in terms of cornering, braking, and stability, even in the rain or after long use. 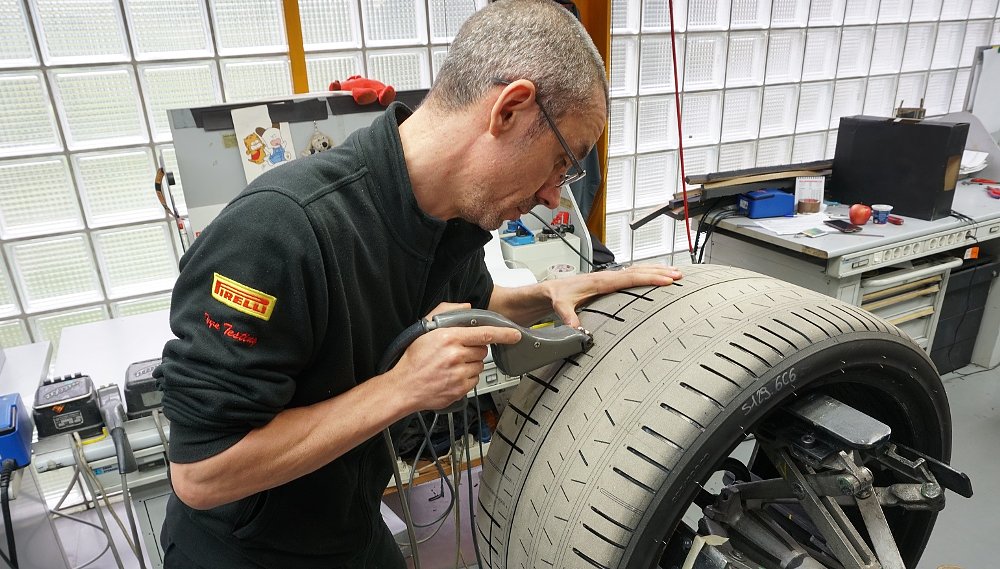 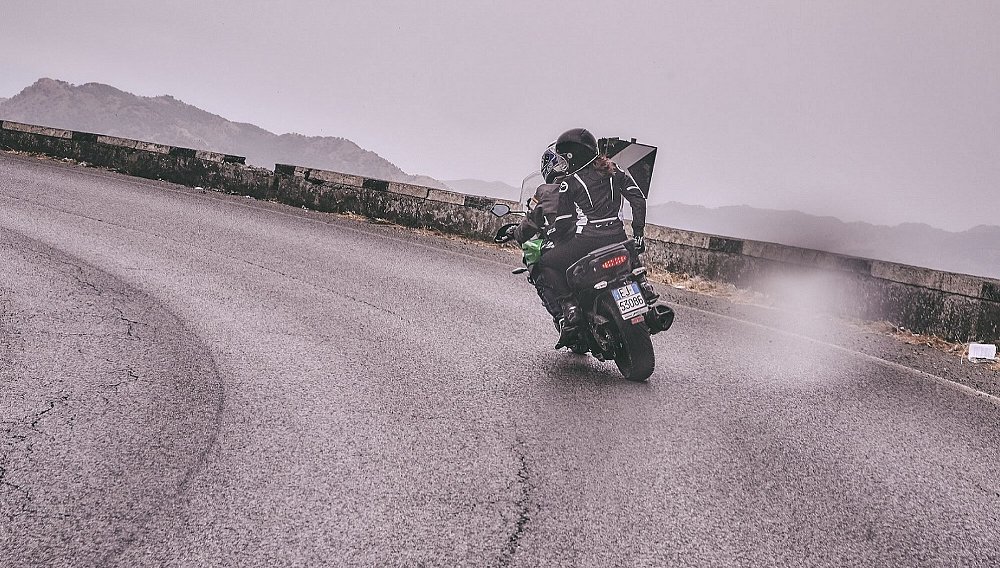 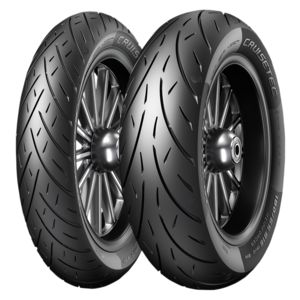 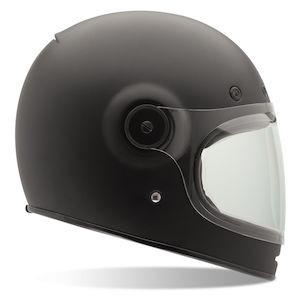