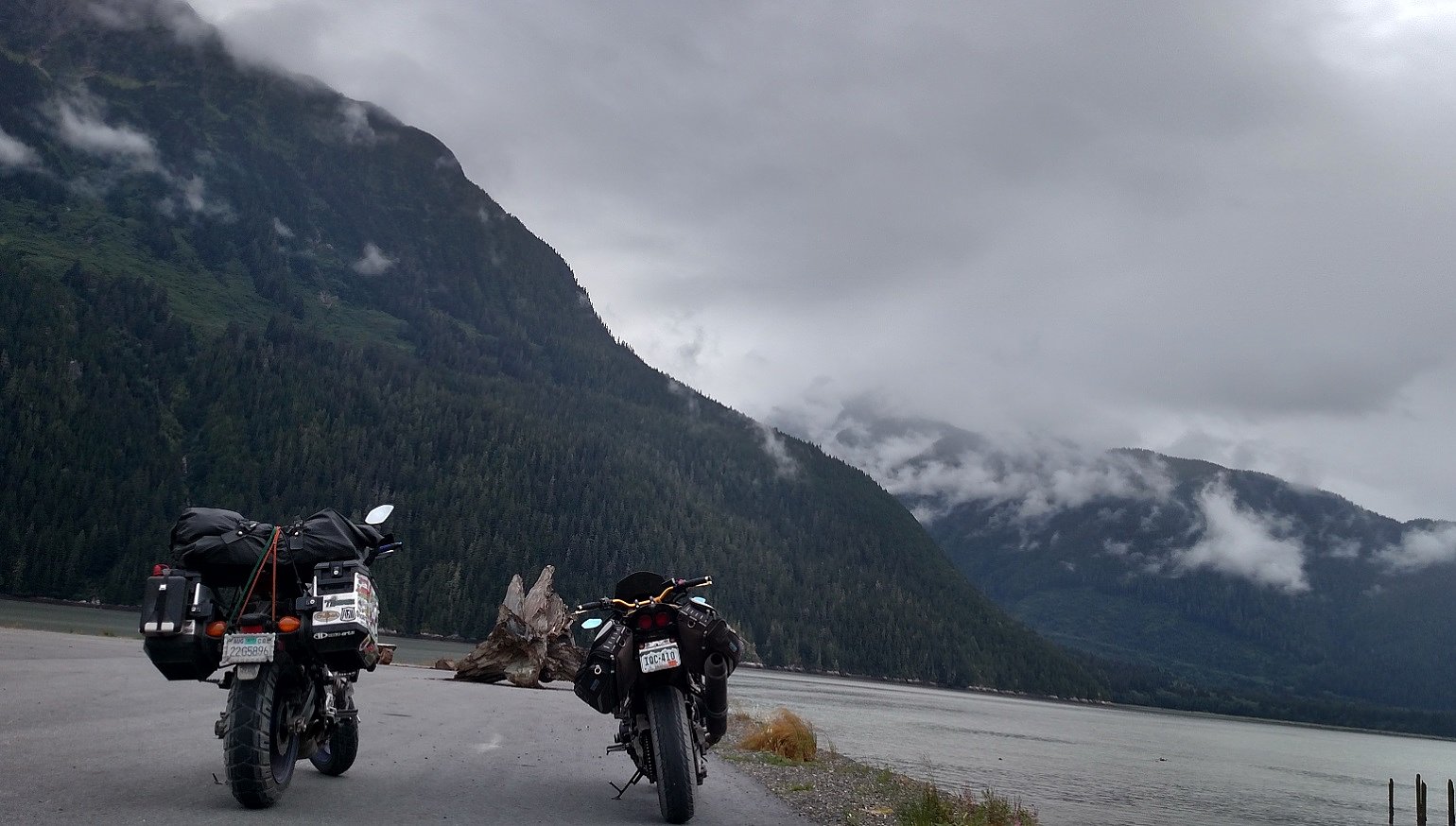 Riding alone, riding together: The motorcycle travel pros and cons

To go fast, go alone. To go far, go together.

There’s a lot of truth in this old African proverb, but traveling with friends versus traveling alone changes much more than just speed and distance. I have traveled extensively under both circumstances, so let’s take a look at the good and bad.

Getting out the door

I started out on my first cross-country trip alone. And the reason I did is because, quite frankly, I couldn’t find anyone to go with me. I wasn’t in a relationship of any kind. I had friends, but none who had the circumstances to commit to a month or more undertaking with me. There was no Ewan McGregor to my Charley Boorman or Thelma to my Louise. I was the only person I could rely on, and it was on my will alone that doubts had to be squashed and my stomach butterflies had to be wrangled. Depending on your drive and fear threshold, that can either be an exciting challenge or an impenetrable barrier.

Conversely, when I met my partner on the road and the trip started to snowball into more exotic and foreign places, it was much easier to set out for destinations I otherwise would have been afraid to go. Knowing I had someone to fall back on put so many of my insecurities out of the picture. When those inevitable doubts seeped in, typically on the day before I left, while I was asking myself, “Am I really ready for this?” I had someone else to hype me up and tell me, “Hell yes, you are. Let’s go!”

On one hand, setting out alone made the trip entirely mine, fueled by my courage, and in spite of naysaying, because I genuinely wanted it that badly. There’s an intangible pride in that, and if I hadn’t gone alone, I wouldn’t have ever gone. But on the other hand, setting out with a partner is a wonderful safety net.

But is it safe?

Speaking of safety, this might be one of the biggest worries for any adventure rider, whether it’s a fear of bears, crashing, getting lost, running out of fuel, or well, other people. Personally, I’m a particularly unintimidating woman who has lived in the not-that-nice parts of the big city long enough to understand the unique dangers I might face as a female, and the dangers anyone might face when they’re alone and vulnerable. If I’m being honest, most of my fears were centered around my fellow man rather than forces of nature. (Other than that one time I camped in Florida, where there were bears and alligators. The forces of nature won that one.)

But once I was out on my own, the real world told a different story.

The news tells us about the serial killers and bandits because they are shocking and not the norm. What I actually found was that people often react to solo travelers with a sort of mothering instinct. Time and again, other campers, often retired couples or fellow overlanders, immediately stepped in to make sure I was comfortable and protected. My very first day on the road, not even 200 miles from home in the Furnace Creek Campground of Death Valley, a young guy in a Prius made me breakfast and shared all of his favorite driving routes in exchange for nothing but my company. In Arkansas, a retired couple made me dinner, gave me travel snacks, and heated a bean bag of deer feed to help warm my hands before the day’s frigid ride.

Being alone makes you so much more approachable than you are when traveling in pairs, and I don’t know how many times I was offered stories, boat rides, or meals. As an introvert, this was an easy way to make friends, and that became much more difficult when I gained a partner and people saw us as a less approachable unit.

But having a partner really adds to your safety when something goes wrong. The obvious advantages are when you crash and hurt yourself, you have someone who can call for help or bend your bike back until it’s... well, straight enough. Sure, I knew how to work on the bike myself, but having another person to help out becomes a form of bonding. You might lose the satisfaction of only having yourself to rely on, but you gain a sense of camaraderie when you and your buddy are wrenching together so you can make it to the next epic backdrop.

The less obvious advantage — though this is perhaps slightly contrary to safety — is that having that backup also means you’re more likely to travel to places you otherwise wouldn’t. The extra peace of mind had me riding dirt roads that my anxiety told me were over my head. I camped on a black sand beach in the redwoods off the lost coast of California, past rutted mountain tracks. I relaxed in a lagoon in the Baja overflowing with gray whales. And I learned to ride through dirt, mud, sand and streams (with varying results), expanding my skills beyond what I even knew I was capable of.

What about the ride?

All of this, of course, assumes you’re traveling with a companion who matches your style of travel. Even if you’re only out for a long weekend, there’s no faster way to ruin a trip than to be riding with someone who is obsessed with tight planning when you’re loose and lackadaisical (or vice versa). Or someone who needs a hotel when you prefer to camp. Like any relationship in life, you need to mesh on a level deeper than just enjoying each other’s company in the good times, and that's especially true in a travel relationship where you’ll be spending every waking moment together.

When I ride alone, for example, I tend to travel further, wake up earlier, and stop less frequently. I’ll stick to 400- and 500-mile days, heavily favoring asphalt, and I take strange satisfaction in riding through rain, hail, and even the occasional snow. I don’t have to listen to outside opinions on where or what I should be riding, and I choose the challenges I am comfortable with. It is freedom in its truest form, and it is the reason I love my motorcycle.

This was all well and good, until I met a travel partner who prefers 200- and 300-mile days, sleeping in, and lots of dirt riding. At first, this was a hard clash for me. The endurance of 500 miles a day on a sport bike was part of the accomplishment, and being a new dirt rider, long, bumpy traction-less roads were still daunting. I was resistant to changing. It was my trip and I wanted it to play out according to my whims.

But being “my trip” also meant trying new things, so I decided to compromise. And I found shorter days had me smelling the roses more, seeing more sights, and getting to enjoy more meaningful conversations that can only be had with a close friend. Combining our styles created all sorts of new experiences.

A compromise like that is easier when it’s between just two people. Conversely, when I’ve ridden in groups in the past, I’ve had destinations I wanted to see get vetoed, been left in the dust without communication, and had beautiful destinations all but ruined by bad attitudes, until I was wishing I was traveling alone no matter how nice the gas station conversations might be.

At the end of the day, both forms of travel have their pros and cons, depending on your goals and personality. However great a compatible travel companion might be, sometimes if you want to go on a big trip, you can’t wait for someone else to give you permission.

And who knows, maybe you’ll meet your travel companion while you’re out there!

The Tao of solo: Riding by yourself does not mean riding alone Nico Danan

In the Philippines, every ride is an adventure Kyra Sacdalan 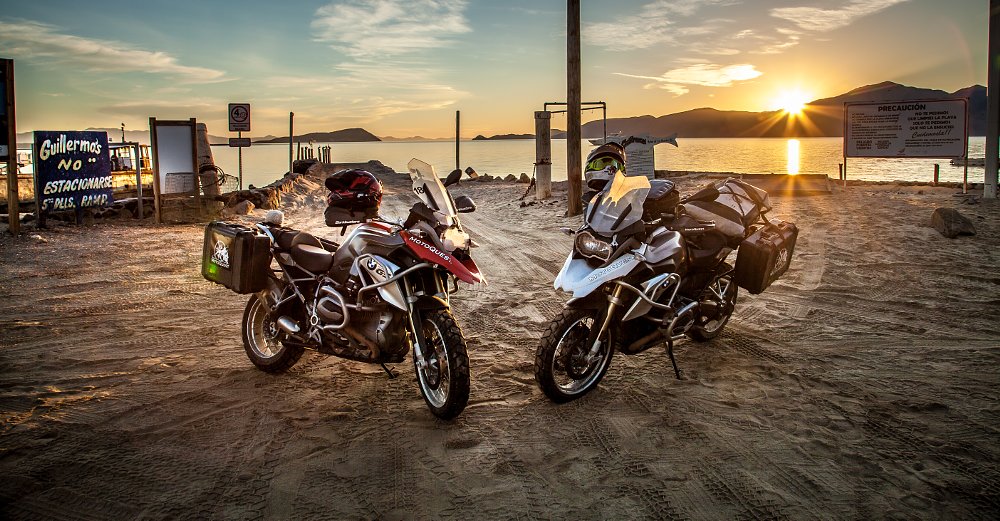 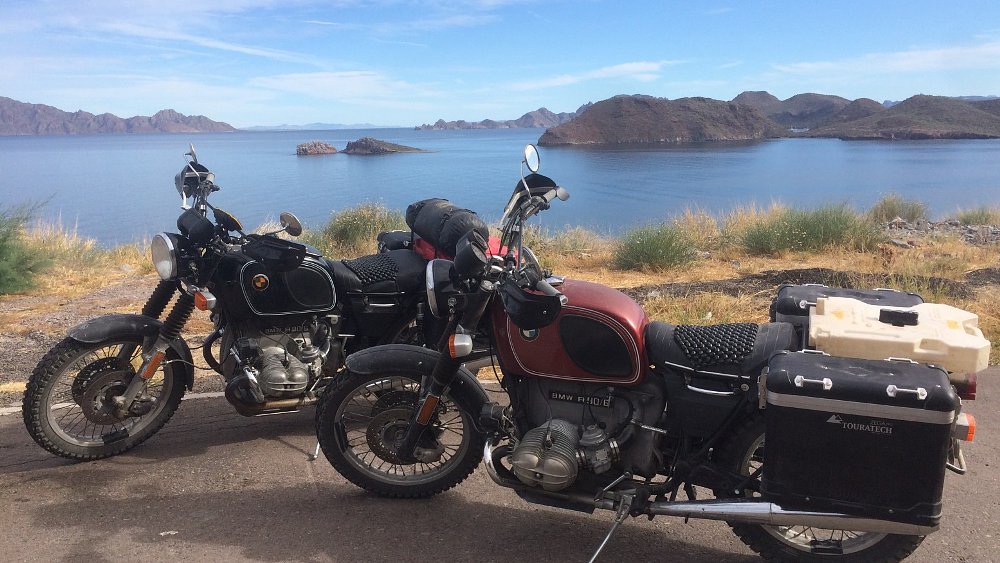 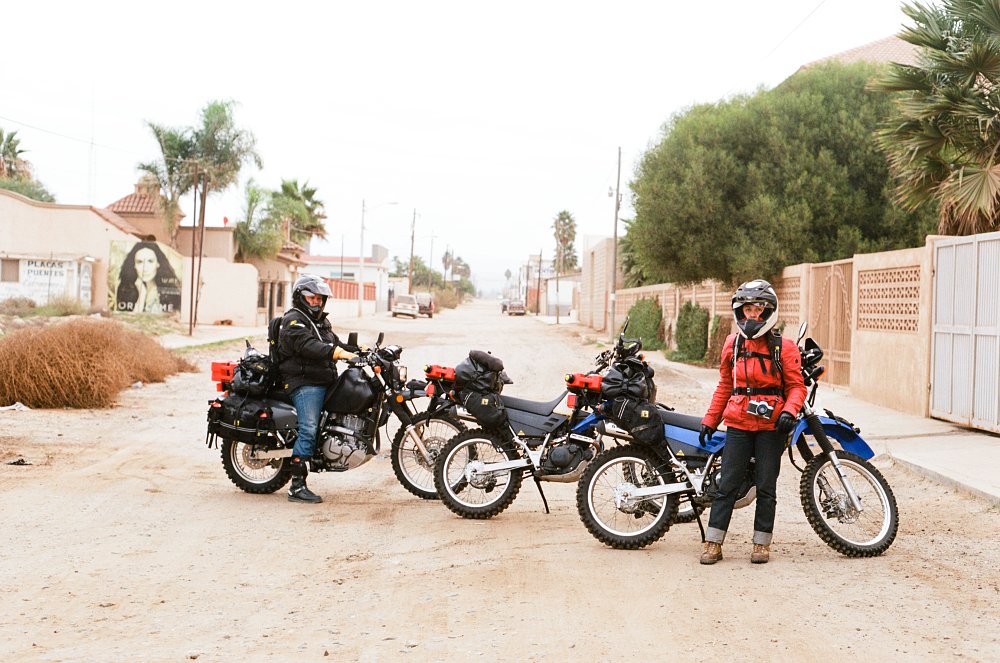