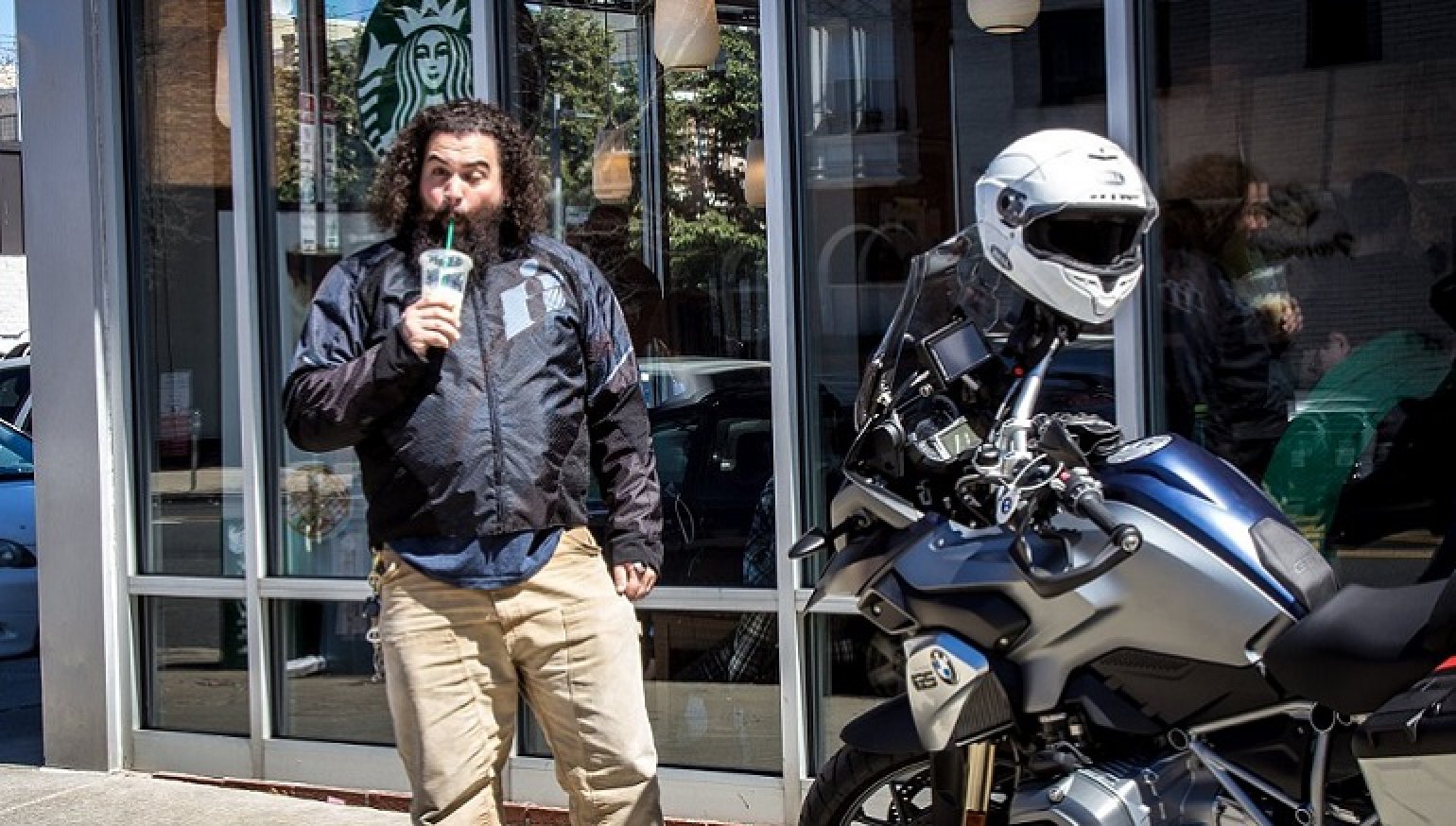 Opinion: That squeaky clean ADV bike at Starbucks is no joke

Oh, the modern ADV bike, a machine that’s so much fun yet has become veritable cannon fodder for the butt of someone’s joke in the comment section.

These machines are the peak of versatility, equally able to attack sporty ribbons of tarmac and technical double-track with ease while eating up highway miles for three square meals. Yet if I had a dollar for every time someone cracked a joke about a BMW R 1250 GS going to Starbucks, I swear my bike loan would be paid off by now.

But I’m here to tell you that a squeaky-clean GS parked outside Starbucks is no joke. Even if your new adventure bike never comes close to a dirt road, it still has a lot to recommend it. Let's look at why an ADV bike makes sense on the street.

As a rider who’s just shy of six feet, three inches tall, I can tell you from experience that anything with the name “sport” in it or equipped with clip-ons is a one-way ticket to the chiropractor if the route’s mileage hits triple digits. Thankfully, one of the hallmarks of an adventure bike is a relaxed rider triangle. For those unfamiliar with the term, it defines the three points of contact a rider has with their bike. The location of the handlebar, footpegs and seat all determine the way the rider is positioned on the motorcycle. With mid-mounted footpegs and ample ground clearance, these bikes put you in the ideal position to be comfortably in control.

The riding position allows you to shift your weight around when the route gets twisty. A tall and wide handlebar designed to give you low-speed leverage off-road and better control while standing gives you a commanding view of the road, reduces fatigue and gives you a heightened sense of awareness of what’s around you. It’s a stance that’s confidence-inspiring. The ergonomics of an ADV motorcycle make it easier to push the bike through maneuvers like low-speed U-turns and 90-degree corners — even if it’s just to cut through traffic and snag the last parking spot at that crowded Starbucks.

Whether we enjoy it or not, urban riding is a consistent reality for a lot of motorcyclists. As a resident of Washington, D.C., I can say with 100 percent certainty that an adventure bike is the best bike for the city. First and foremost, having generous suspension travel and ground clearance make easy work of the atrocious road conditions. Potholes and asphalt heaves become fun, as you vault over obstacles that would be downright dangerous on something sportier. Riding perched on top of my BMW F 850 GS makes easy work of observing the distracted masses in traffic. When the rush hour snarl hits full stop, the ability to stand up on the pegs is a great way to plot an escape route. For those who live in states that allow (or tolerate) lane filtering, the stance and weight distribution make adventure bikes ideal for slicing through stopped traffic.

Also, if you’re like me and don't own any other form of transportation, an ADV bike with a full complement of hard bags is an indispensable tool for running errands. There are few challenges as gratifying as playing Tetris with $200 worth of groceries in a Trader Joe's parking garage and making it home without bruised produce.

That adventure bike you see parked outside Starbucks might be three states away from home and just now stopping for breakfast, because big-bore enduros have become a highly popular choice for long-distance tourers. Those big panniers are one reason. While there are some exceptional touring machines on the market, their luggage options tend to err on the aesthetic side when it comes to form versus function. The purely utilitarian panniers on an ADV bike can fit an exceptional amount of gear, have the option for height extenders to boost capacity, and even function as a form of crash protection if the bike takes a 90-degree nap. On top of that, the tail section has ample real estate for tie down items such as tents, roll bags, and even spare tires. There’s plenty of room to mount auxiliary fuel if you find yourself in desolate locations with either unreliable or nonexistent fueling options.

As someone who works in the powersports industry, I’ve seen the BMW R 1200 GS equally as often, if not more, in the Iron Butt Rally, compared to their six-cylinder touring behemoth. These are the most experienced touring riders in the country and they find an adventure bike is best suited for long-haul days.

Word has it one of the most beautiful Starbucks locations in the world is in Seattle. What are you waiting for?

ADV motorcycles are sportier than you think

In my six years of riding I’ve swung a leg over every style of bike under the sun. Of all the motorcycles I’ve ridden, I’ve always felt the most comfortable in the corners on an adventure bike. Riding on a race track with a taut set of suspenders is one thing, but finding such a well manicured set of public roads is an unrealistic luxury for most. The more compliant suspensions on adventure motorcycles soak up road imperfections instead of causing jarring instability and provide a greater margin for error. Also, a wide handlebar makes it exceptionally easy to switch from hanging off in the sweepers to keeping your mass more centrally planted on the chassis in the tighter turns. The higher positioned pegs and ample ground clearance mean the hard parts are less likely to put on a spark show for the rider behind you.

Lastly (and this is admittedly a personal preference), the narrower profile of the front wheel provides a feeling of flick-ability. The popular 110/80-19 or 90/90-21 tire profiles have a great sense of immediacy as they fall into turns, which makes quick transitions great fun!

Opinions about motorcycles are a dime a dozen and in the end all that matters is riding what makes you happy. Even if that shiny new adventure bike never sees a speck of dirt, you still have a wildly capable machine that will put a smile on your face. So the next time you see an immaculately clean R 1250 GS outside of a Starbucks, before you judge, take a look at where all the travel stickers hail from!