Suzuki, the brand hit hardest by the recession, is finally ready to give you something to be excited about with its next new model.

For a while, many of us were worried about Suzuki even keeping the lights on. The new V-Strom 1000 was a step in the right direction and showed that they weren't quite ready to give up, but since then it's been nothing but new colors and existing Euro models they've brought stateside.

All reports of the new GSX-S1000 are very positive, but even that just uses a re-tuned version of the engine used in the 2005-2008 GSX-R models. Us American media types won't get a chance to ride that bike until mid-July, but the reports from the Euro launch have been far more positive than expected.

The forthcoming new GSX-R1000, however, is something entirely different and will be the first all-new engine we've seen from Suzuki in quite some time. It will replace the motor used in the current GSX-R since 2009.

Suzuki has been working on an engine with variable valve timing for some time, with patents dating back as early as 2004, and I've been hearing rumors about a new R1000 for several months. Motorcycle.com reported last month that they'd discovered some patents regarding using a VVT motor in the next iteration of the V-Strom 1000, to combat the one found in the new Ducati Multistrada.

Suzuki's latest patents show what should be the first use of variable valve timing on a pure, racer-replica sport bike sold in the U.S. market. The motor will use a variable intake valve timing and lift system, which features an intake camshaft with multiple cam profiles. Those cam profiles are altered by lobes that slide sideways along the shaft, which lets the motor react to the rider inputs and rpm of the engine.

Given the success of the current bike, based on its balance of track performance and streetability, the expectation is that Suzuki will focus on cutting weight, improving handling, and catching up in the electronics race. The V-Strom 1000 and new GSX-S10000 both have traction control, so I expect to see that on the new GSX-R, alongside ABS and rider modes. I hope to see a Bosch or Bosch-like cornering ABS system included, as well.

I don't know about you, but I think it's pretty damn exciting to have four competitive Japanese brands again. Expect to see the bike unveiled at the EICMA show in Milan, which begins November 19. 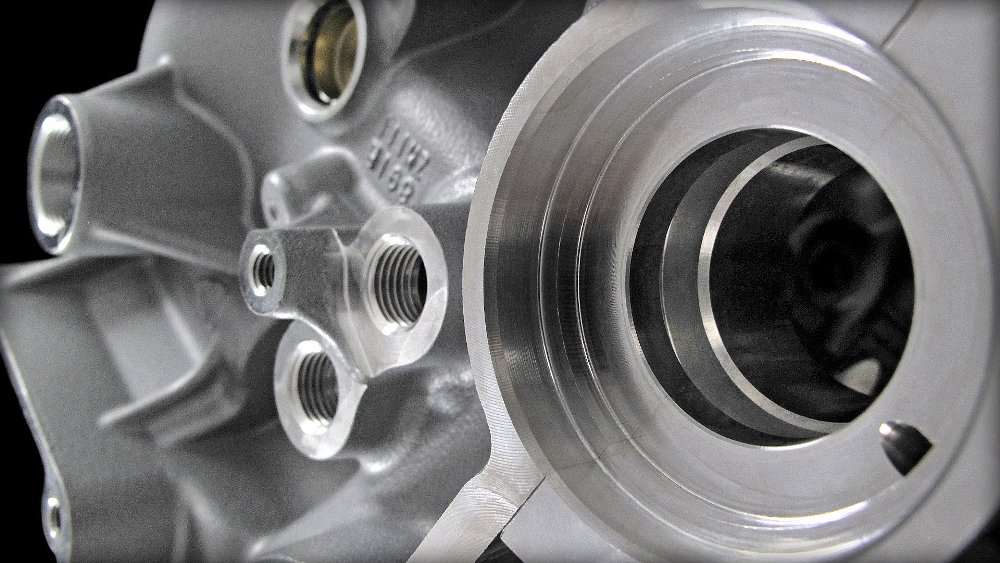