Why would a rider buy an exhaust? Is it something riders need? Something we want? Are they easy to install?

All of those questions have a variety of answers, and we'll try to address them in general terms in this Moto 101 tutorial. To keep it simple, we're going to focus exclusively on four-stroke engines. Unless you have a fairly old street machine or a dirt bike, odds are very good you have a four-stroke engine. Exhausts for two-stroke engines are quite different.

What is the purpose of the exhaust system, anyway?

Motorcycles are fitted with exhausts for a few reasons:

So why would I want to replace my factory system?

Your bike probably came with an exhaust system already on it. So why would someone remove a perfectly good stock exhaust system? There’s a bunch of good reasons to replace an exhaust:

How do aftermarket performance exhausts improve my bike's performance?

There are several ways to make the engine do more work — enlarging it, making it rev faster, compressing the air intake, etc. For a more thorough explanation of these options, see Fuel Management 101.

The relevant approach when you're talking about an exhaust is to improve your engine's efficiency. Your engine can be thought of as a pump, moving a precisely metered mixture of air and fuel into itself, and moving burned air and fuel (exhaust) out. Improving that pumping efficiency is the most affordable way to pick up a few extra ponies. An exhaust that flows better will reduce the work the engine must perform when it expels exhaust gases, especially when coupled with improvements to the flow of air and fuel on the intake side.

What type of exhaust should I get?

Excellent question! What type of riding do you do? A heavy fella who carries loads of camping gear on his Harley bagger is going to want a vastly different exhaust than someone tearing up the track on a lightweight CBR.

Motorcycle exhaust systems typically come in one of two types:

Most slip-on systems are typically (not always, but usually) designed to be the only thing that gets changed on your bike. The performance boost is not as great as a full system, but the initial cash outlay is reduced and installation is typically quite simple.

Most full systems need fuel management changes to work correctly. This will typically entail a jet kit for a carbureted bike, or a fuel controller for a fuel-injected motorcycle. This type of exhaust system is typically more complex to install than the mufflers-only system, but the reward is a greater power gain, and often a more aesthetically pleasant exhaust system.

To correctly select an exhaust pipe, we think several things are important. First, figure out your final goal with the bike. If you just want a little more rumble and a bit more pep, an inexpensive slip-on may be the way to go. If, however, you are planning on future headwork, camshaft changes, or different carbs, a full system will allow you to take complete advantage of all the aftermarket parts and work. Each modification, ideally, will be made with the other modifications in mind. A properly thought-out engine modification plan can make great gains with fairly modest expense. Similarly, ill-chosen parts can often cost lots of money and work poorly together. If you need help determining what parts play well together, get in touch with us!

If you are on a budget, but have lofty goals, some exhaust manufacturers offer systems that are “modular.” That is, you can buy a slip-on muffler now and replace the factory headers later, when budget and other modifications dictate, while retaining your slip-on muffler. Not all manufacturers do this, so if you think you might hot-rod your bike down the road, this is a great way to get your feet wet without breaking the bank.

What style should I buy?

There are many, many exhausts to choose from for Harleys and all kinds of street bikes. Here are some factors you might want to think about.

Should I run drag pipes or an open exhaust?

Maybe. If you’re competing at the drag strip or track, probably. If you’re anywhere else... probably not! Realistically, open or unmuffled pipes make horsepower high in the rev range, where the engine is expelling the highest amount of exhaust. However, because they do not promote good velocity in lower portions of the rev range, they tend to yield worse performance in typical street use. Tuning the bike is very difficult with drag pipes, and almost all open exhausts leave weird “flat spots” in the torque curve where power is delivered erratically, or can even decrease!

If you’re honest with yourself, you’ll probably find that wide-open throttle most of the time is not really how you ride on the street.

There are a great many federal, state, and local laws in the United States, and typically they mention unmuffled pipes as being problematic. Again, every place is different, but by and large, having at least a muffler is usually the minimum exhaust requirement you’ll need to meet for most vehicle inspections.

The fact is that the exhaust manufacturers spend quite a lot of time and money developing an exhaust product that will lend you the most horsepower and torque for your particular motorcycle without being overly obnoxious. Loads of dyno-tuning and testing back up their products. It is pretty rare to achieve a better all-around exhaust for street use than the ones the big players in the exhaust game have developed.

Will my bike pass inspection with an aftermarket exhaust?

Because states have different requirements (and some don't even require periodic inspections), your best bet is to get an answer from your local police department, inspection station, state department of motor vehicles or motorcycle shop.

How loud will it be?

Well, that depends on a few things. Nearly every aftermarket exhaust is louder than the factory exhaust. If you purchased an aftermarket Harley exhaust, it will likely be fairly loud. Some of the performance gain depends on not needing to silence the bike. If the exhaust is too loud, some manufacturers offer quieter baffles that you may install to bring the volume of the bike closer to stock.

If you purchased an exhaust for a sport bike, there is often a removable baffle in the tip of the muffler (commonly referred to as a dB killer) that can be removed or installed for similar manipulation of sound levels. Performance is usually unaffected by the presence or lack of these baffles.

I heard I need to change my fuel delivery setup, too — true?

The answer depends on a lot of things. What kind of bike you have, what kind of exhaust you have, and how you want your bike to behave! As a general rule, most slip-on or “muffler-only” exhaust systems do not require alterations in the fuel delivery, but even a bone-stock factory motorcycle will benefit from fuel management changes.

If you are purchasing a full exhaust system, most manufacturers strongly recommend fuel system changes. Effectively, the exhaust helps the engine breathe better, but without adding more fuel to compensate for the greater ease with which the engine gets air, the ratio of fuel to air becomes imbalanced. That is known as a lean condition, which can make the temperature of the engine catastrophically high. Couple this situation with the fact that recent EPA regulations have been causing manufacturers to set bikes up quite lean from the factory, and a plan for poor performance and longevity is afoot!

Typically, “richening” the air-fuel mix (more fuel per amount of air) is done by purchasing a fuel controller for a fuel-injected motorcycle, or jet kits for carbureted bikes. A dyno run and tuning session is often in order, so if you are not an experienced tuner, consider these costs in your performance budget.

Before you purchase your exhaust, you might want to consider a few things:

How do I keep my pipes from turning different colors?

The honest answer here is that you don’t. All pipes discolor to some degree, due to heating and cooling, the presence of environmental contaminants like tar, oil, and road debris, and the material the exhaust was created from. Stainless pipes, for example, turn gold. There is nothing wrong with this. It is a property of the alloy. Cruiser pipes often “blue,” especially near the heads. “Bluing” is a result of how the bike is running, not a defective finish. Camshaft choice, engine timing, carburetion, and other factors all affect exhaust temperature, the biggest determinant in keeping exhaust the color it was intended to be.

These are some of the best ways we at ZLA know of to keep exhaust looking brand-spankin’ new:

Make sure your bike is in a good state of tune. Properly gapped spark plugs and proper jetting go a long way to keeping pipes looking great.

Buy pipes with extensive heat shielding. Some brands of exhaust come with heat shields so voluminous, they appear to be the exhaust pipe. However, since there is a layer of cool ambient air between pipe and shield, the shields never attain the temperatures the inner pipe is subject to.

A word about wrapping your pipes with fiberglass tape: Originally seen on the dragstrips to keep exhaust temperatures high to improve exhaust velocities out of the exhaust, pipe wrapping has become popular on the street, due to its unique look. It can and does tend to hold moisture near the metal, thus speeding the oxidation process. Most manufacturers consider wrapping pipes to be “abuse” and typically do not warrant problems stemming from wrapped pipes. Do it at your own risk!

How hard is it to install a motorcycle exhaust?

Well, it depends. What do you ride? How good a “wrench” are you? What kind of system are you installing?

The answers vary greatly. We’ve put bolt-on exhausts on a bike and gone riding on it in under 20 minutes, whereas some bikes require considerable time simply to remove the body panels necessary to gain access to the exhaust. Consider your mechanical aptitude and understanding of the exhaust system and the related systems requiring disassembly to access the exhaust. Take stock of your tools on hand, and your ability to follow directions.

If any of these seem like obstacles, don’t be afraid to call us and ask for a recommendation on how to attack your specific bike and pipe combo. Sometimes, an install from a competent shop for a fair price can give you peace of mind, while relieving you of any possible problems from an exhaust job that was tougher to tackle than originally estimated.

Staying legal can be tricky. Ultimately, it’s up to each rider to follow the laws of the countries, states, and municipalities we live in, ride through, and visit. C.A.R.B. is the California Air Resources Board, and while not all riders fall under its jurisdiction, the laws it promulgates frequently have far-reaching effects for nearly all North American riders.

What do I need to know before I order?

Hopefully, you're now less baffled about aftermarket exhausts. (Ha! Get it? Baffled? I’ll be here all week.) If you enjoy a little bit of wrench twisting, some bark with your bite, and a little bit of “get-up-and go,” a new exhaust might be the hot ticket for falling in love with your bike all over again! If you’ve got any concerns, questions, or just thoughts for us, we love calls, and we’d love to talk about hot-rodding your bike. 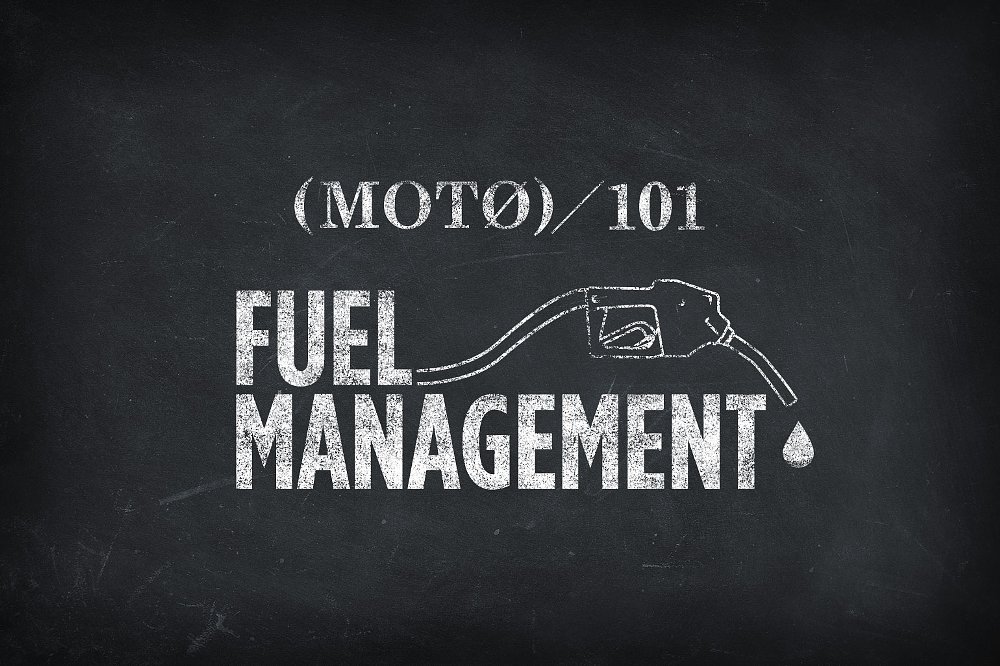 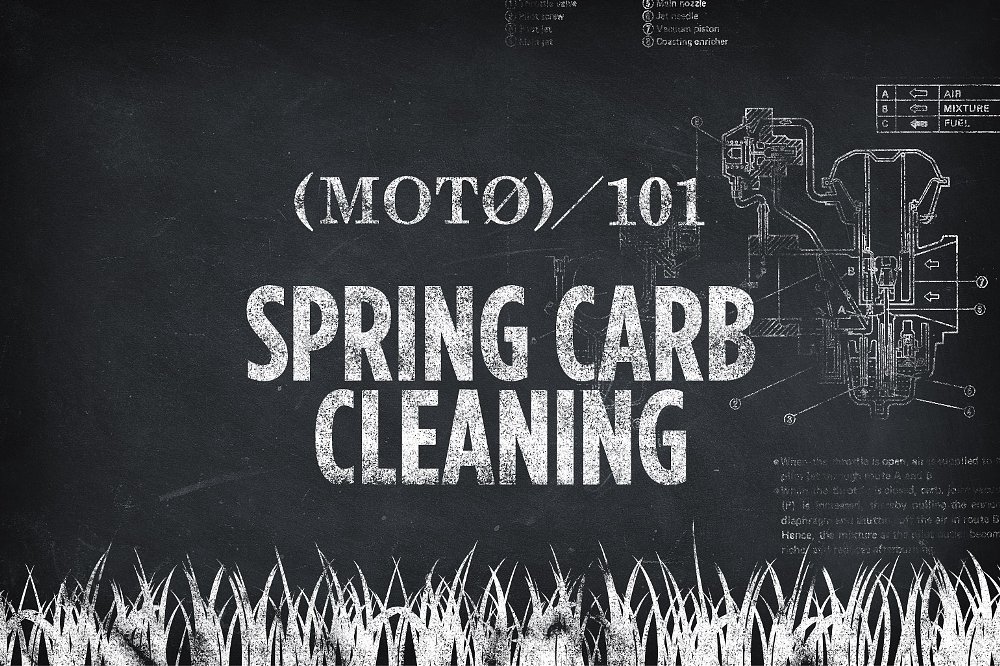 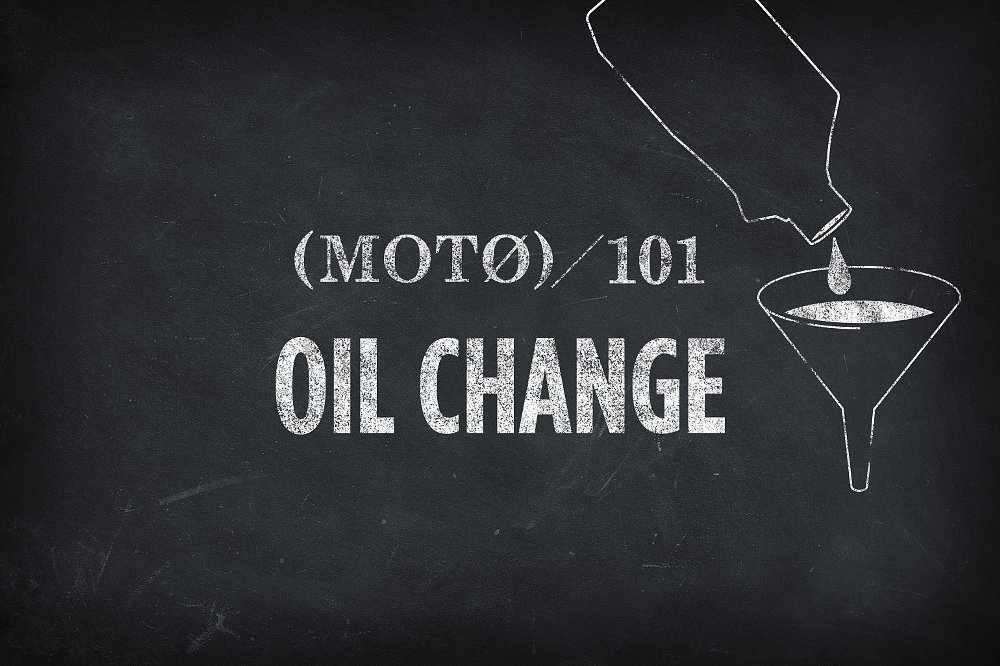 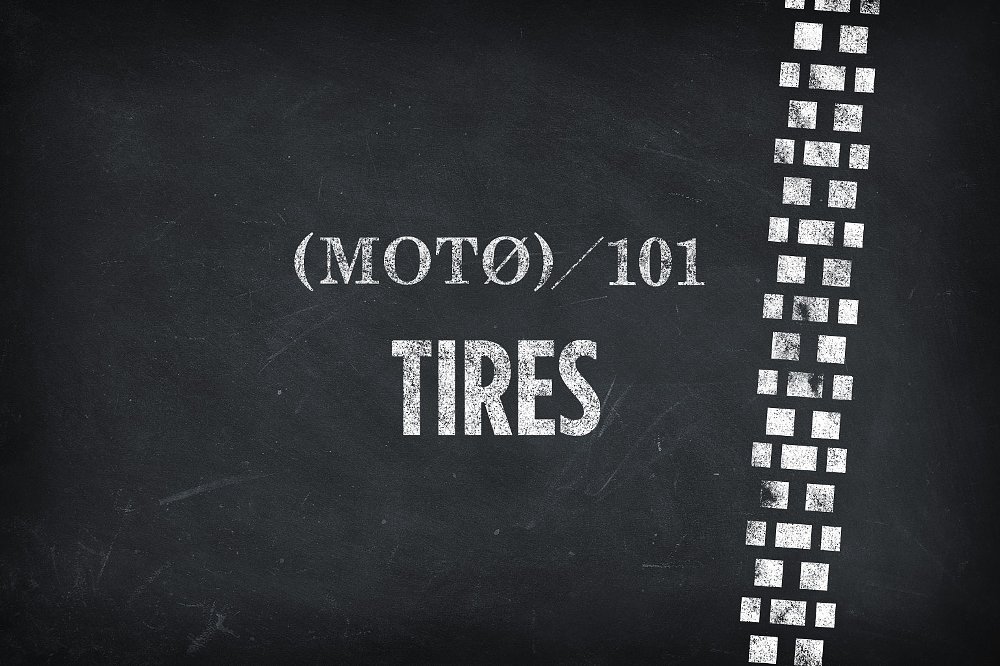