If you care enough about motorcycles to read Common Tread, you probably can appreciate a show like "Top Gear," even if cars don't make your socks go up and down.

I used to love hot-rod cars until I started playing with bikes. Very quickly, cars became bland to me. I didn’t stop liking them, I just realized that even the slowest two-wheeled turds I could come up with would usually smoke most doorslammer cars for a small fraction of the price.

That did not mean that I didn’t love "Top Gear." I did. I do. Much to my chagrin, though, Jeremy Clarkson — the man who was, and still is Top Gear to many fans — was not a big fan of motorcycles. As Lance pointed out when I pitched this story to him, “Yeah, I saw the Top Gear where they rode motorcycles through Vietnam with Clarkson whining all the way.”

Nearly a year ago, Clarkson’s contract was not renewed with Top Gear. At this point, I expect many of you are starting to grow tired of reading about a car show and a guy who does not like motorcycles, so let me get to my point. Yesterday, Matt LeBlanc (Remember him? Joey from "Friends") was named as the new "Top Gear" host. (The good British one, not the... not-so-good American version.)

"Hey everyone, I'm really honored and looking forward to working on Top Gear with @achrisevans, damn he's tall," LeBlanc tweeted Thursday morning. And it's not just recent BS-posting, either. LeBlanc's been posting gearhead stuff pretty much since he got on Twitter last year.

This story is poppin’ up on Common Tread for two reasons. The first is because LeBlanc is an avid fan of motorcycling. This is a guy who was champing at the bit about the Supercross season opener. LeBlanc is our people. Betcha a nickel we see some motorcycle-related episodes that are not long, protracted complaints about not having climate control. Look at this Tweet. I'm rooting for him already.

The second reason you’re reading this is a bit more editorial in nature. I won’t mince words. LeBlanc has sort of cramped my career path a bit. I was probably the top candidate for the position across the pond, and now through some sort of clerical error I’m still here grinding out copy. So, charitably, I hope it doesn’t work out with LeBlanc and I am back in the running.

As much as I enjoyed the BMW S 1000 XR, I really want to do a review on a Harley Flathead-powered chainsaw, and Lance already said no.

I'll have to check with Spurgeon and see how he feels about playing Chris Evans. 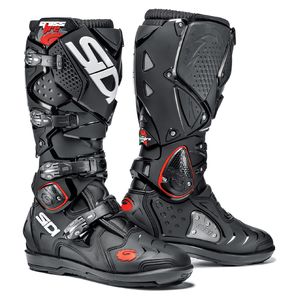