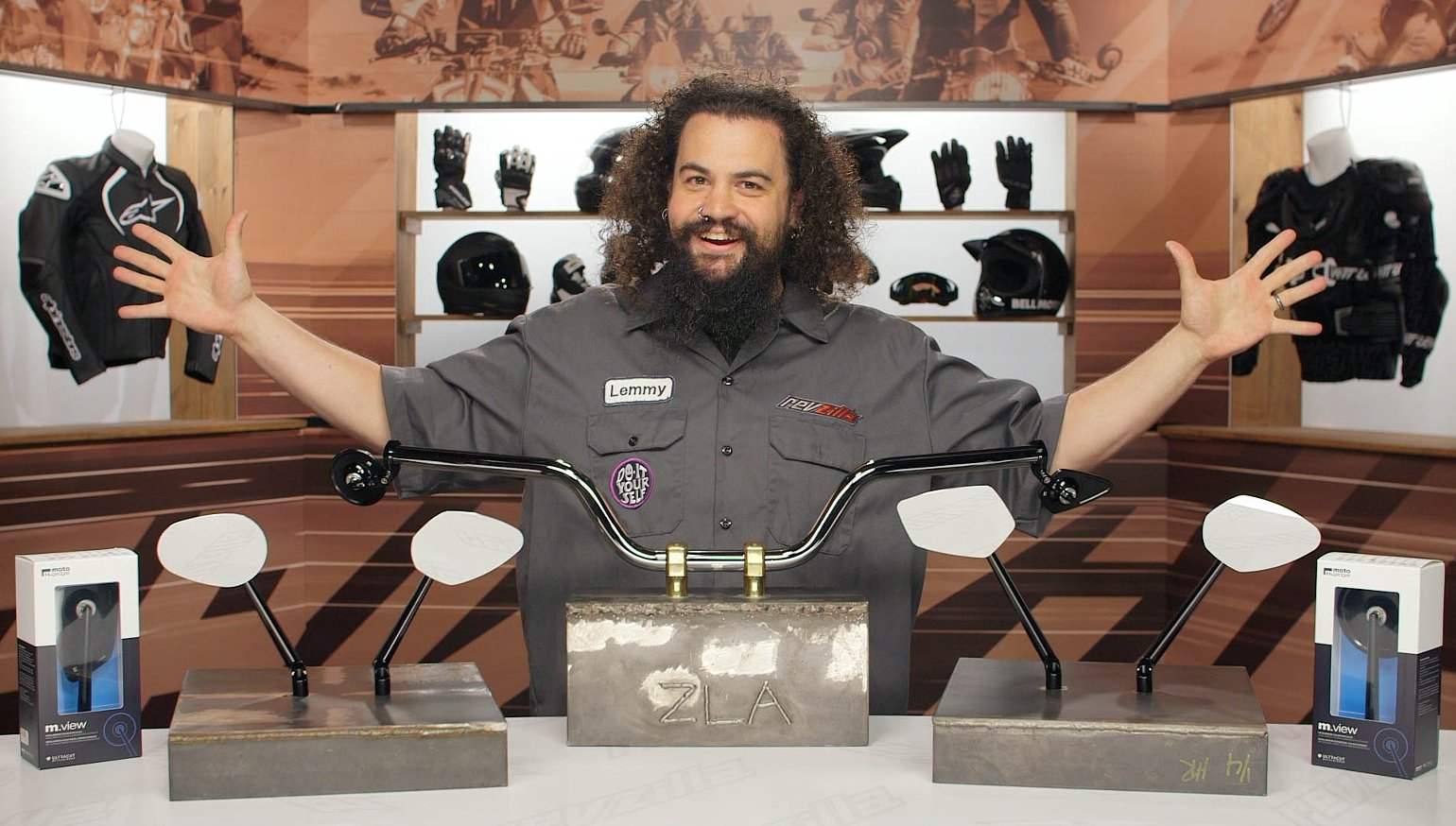 Since I began writing for Common Tread, Lance has gotten after me a number of times about burying my ledes and leading off with weak nut graphs.

I write like I talk, unfortunately. I meander and it takes me a year and a day to get to the point. In an effort to both appease him and to show I’ve grown as a scribbly author, the title should nail it down pretty well. I'm finishing up my final days as a RevZilla employee.

And that means I owe you, readers, a few answers. Unlike Lancy-pants in his cub reporter days, I don’t have to do the Five Ws. (Man, I guess Silver Fox did teach me a little bit about journalism, even though I’m only a writer.) Instead, I suspect you’ll probably want to know two things: why, and why I’m writing about it.

I can’t really write a farewell article without addressing this elephant in the room. I mean, I could, but the speculation in the comments section would be unsatisfying, so let’s get this out of the way.

Did RevZilla do me dirty? Have I just had enough? Is there a juicy story you’ll never hear? The answers are all no. The truth in this case, as usual, is not very interesting. Plainly, RevZilla has changed a lot, and so have I. At the same time we were changing, the world did what the world does, and changed, too. I’m not trying to be cryptic. On the macro end of things, the motorcycle industry and the American economy both concern me, especially as a guy who makes his living selling stuff primarily to American motorcyclists. Insofar as micro developments, the length of time it takes me to commute into the office or Mrs. Lem’s future life plans aren’t something RevZilla or I have much control over. These are responsible for the bulk of my decision to mosey on. Pretty honest, right? And pretty boring.

There is a second, much smaller part. To be candid and strip back any hint of bullshit or beating around the bush, I’m growing a bit restless. I view the world through clear eyes, so I see that trying to keep me perfectly happy probably isn’t possible or prudent for RevZilla, either. And let’s not lose sight of the fact that no matter how good an employer is, the point of its existence is not to make the employees content. I recognize that, and I hope anyone who reads this does, too.

RevZilla has taken wonderful care of me (and by extension, my family) since the day I arrived here, and when announcing my intent to leave, the company did what they’ve always done for me: They were generous and helpful, without a lick of malice. And here is where you, O Readers, come into today’s article.

Why I’m telling you

The first reason you’re reading this piece is that RevZilla asked me to write it, and I am very relieved they did. I was not sure they’d even want any more of my work when I broke the news. Happily, one of their initial questions was exactly the same one I’d pondered: How are all of you guys going to feel if I just peace on out of here? I’ve been a master of the Irish goodbye for years. Slipping out the back is easier, faster, and less messy than sayin’ sayonara. But that only works because most people never notice you rolled. That clearly won’t work here, and RevZilla and I both came to the conclusion this article was a better way for me to leave the party, so to speak.

The second reason I’m writing this article is that I want to get maudlin for just a moment and to thank each and every one of you who have come to Common Tread. (I’m not even drinking yet, it’s 10 a.m. on a Tuesday.) You have read what I’ve written, dealt with my strong opinions and blue comedy, and called me on the carpet when I’ve written something stupid, incorrect, or rash. Thanks, too, to those of you who elected to leave comments for me, for Common Tread, and for your motorcycling peers. Writing cogently takes time and effort, and I’m honored to have been the recipient of your views and thoughts. (The comment quality has been noticeably above-average around this joint. Appreciated, gang.)

I began writing for Common Tread with no formal motorcycle education, and precious little writing training beyond Composition I and whatever Lance managed to beat into my head. (In my defense, I do to this day justify my poor work with the same money-back guarantee I have offered since Common Tread’s inception.) I think maybe I got a bit better at this job along the way, but I still use a lot of bad words, still can’t deal with imprecision in language, still write articles that are entirely too long on totally arcane subjects, and tell stories that are ultimately irrelevant to nearly everyone who rides a normal motorcycle. Actually, scratch that previous sentence. Maybe some day I’ll be... well, not good. But maybe I can rise to the level of “not terrible.”

In any event, poor Lance was hard up for decent material and instead had to publish mine. You were the unfortunate victims, and for that I’m sorry. But over the years you kept showing up, and I appreciate it, because you’ve indirectly kept my people eating for the better part of a decade. That fact is not lost upon me. Thank you.

You’ve made me better at researching, at thinking before stroking the keys, and at responding to criticism. You’ve made me a better judge of what is newsworthy (and what is not), and you’ve taught me to appreciate things I mightn’t have prior to working this gig. I am leaving maybe not as a better writer, but definitely a better man than I was when I arrived. You’re all partially responsible for that. I am grateful.

The third reason I’m telling you is that I want you to know you’re in good hands here. Lance and Spurg and Greaser and the rest of the crew here are hardly incapable of filling the pages with good stories. I suspect a few of my stories in the backlog may be published yet, and I'll also be sticking around through the end of Highside/Lowside's second season.

The final reason I’m telling you is the most important one; the one that should make you proud, because it’s the one that makes me proud. While you may not see my name in a CT byline quite as often, I’ll still be around, reading, writing, and voting in the comments section. That part is strictly voluntary. Unless you guys can lobby Spurg into sending me comment pay, I’ll stick around for the same reason you’re here now: because I feel like it.

RevZilla made Common Tread. Readers (you!) made Common Tread great. Each morning I’ve started my day with the same routine some of you do: I fire up the Internets Box and read the article we’ve run. I doubt that changes in the future. You guys are smart and funny as hell and opinionated and I don't have any intention of giving up that part of my morning.

In that respect, this article is a little like pitting after the checkered flag has waved. I’m gonna take a breath and then load my bike in the truck, and when that’s done, I’m gonna do what I always do: grab a beer and watch the faster riders put on a show from my spot in the cheap seats. If you happen to be sitting nearby and recognize me, buy me a metaphorical cheeseburger, eh?