How to set up a motorcycle

Every motorcycle should be set up properly for the rider.

What does that mean, exactly? There are a lot of tweaks and adjustments you can make so the bike fits you right. New bikes don’t just roll out of the crate ready to sell, so the dealer makes the final adjustments and, in some cases, has to install items like wheels, handlebars, seats, and mirrors. Nowadays, some of these items come with marks on them to aid dealers in setup: match up the marks and they are “ready to go.” Or are they? Those marks are just a middle-of-the-range best guess. And what if you're buying a new-to-you used bike? Do you know how the previous owner adjusted it?

The reality is that bikes have many adjustment points. You should know what they are and how to adjust them to make yourself more comfortable and give you the best possible control.

Why you should trust us

When the CT staff tests bikes, we either set them up ourselves or occasionally have the luxury of having a factory rep do it for us. It’s not fair of us to complain about a motorcycle that has the capability of being adjusted correctly, but is not. I know a fellow who manages the press fleet of one of the major motorcycle manufacturers. He’s told me the story of a motorcycle writer who actually wrote negatively about a bike that had not been set up right, so he now sets up each bike for each writer to avoid that situation being repeated.

I realized that the 10-to-15-minute wrenchin’ sesh one of us performs with a bike is pretty much the same one every rider should be performing, but not everyone knows how. Not every bike has every one of the adjustments I am about to tell you about, but 90 percent of this guide will be applicable to 90 percent of motorcycles. This might be the best 20 minutes you ever spend on your bike — and it might save you cash and sore muscles.

Setting up a suspension correctly is as much art as it is science, and perfection is not achieved quickly. What we’re looking for is usually the quick-and-dirty somewhere-in-the-ballpark adjustment when we are testing. At minimum, most bikes at least have rear preload adjustment; you should start here and set your sag. There are a million articles out there on how to set sag but a very easy rule of thumb is this: set up the bike so the rear suspension compresses a third of its total travel when you’re seated on the bike. If you’re fat like me, start from the most preload and work your way softer.

If you do have front and/or rear compression or rebound adjustments, it can pay to either check the factory manual for a base setting, or simply turn the clickers all the way in and out to find the total number of clicks. Then start working up or down from the middle until settings start to jell. (Or, again, if you are Lem-sized, max the compression and then back off two clicks. With rebound, do the opposite: all the way out and come back in a click or two.)

If you’re lucky, you might have electronic adjustments. This is far easier than trying to knock a shock lockring loose with an oversized screwdriver and a hammer, but the same theory applies: Play with things. Test it out. Find the limits, then home in on the sweet spot. Keep in mind that the suspension setting that makes you comfy with soaking up bumps while cruising will not be the same setting that gives you the maximum feeling of control when you're railing through the corners, so you'll probably end up with a compromise.

Don’t be afraid to write things down and play with the settings. You might find something you love! This step takes the most time, especially if you get fussy, but it also yields the fastest or most comfortable riding, so it’s worth taking some time.

Handlebars are round in diameter. That means they rotate, as do most of the things attached to them. I start by loosening the riser bolts and finding a good spot for the bar. Ignore the angle of the levers and the control pods for the moment. Just get that bar so that your chest, shoulders, wrists, and arms feel best. Once they do, lock the bar down. Note that rise changes with bar rotation, but sweep does not, so it’s possible to make the handlebar feel funky (in a bad way). Make sure the bar still clears the tank when the fork is turned all the way to both steering stops. I’ve seen this lesson learned the hard way. It ain’t pretty.

Once the handlebar is in position and tightened down, move to the control pods. You’ll likely have to rotate them to make them visible and put them within easy reach of yo’ thumbs. Note that some bikes' electrical “clamshells” allow lots of rotation, and others much less so. Some are actually pinned in place to the handlebar. You may have loosen the bars back up to compromise between ideal comfort and control usability. Usually, little or none of this is possible on a bike with clip-ons, so just skip this step, but if you have adjustability, try it out — it might save you the cost and hassle of installing a more comfortable handlebar, because the comfort you need might be unlocked with some simple setup tweaks.

As Spurg has mentioned before, if you’re offroading (standing up on the pegs), or you happen to be a fairly tall rider, your angle of attack on the bars comes in from much higher, so you wanna angle ‘em down some. Similarly, on bikes with ape hangers, you’re coming in from a lot lower. It can be easier on the wrists to have the levers flipped up. And like Spurg said, if the bike is going to be on- and off-road, make two marks so you can easily switch between the two.

On a second note, some levers have reach adjusters built in. Sit down and take some time and figure out how your meathooks interface with the levers. For instance, I have pretty big paws, and I normally cover the clutch and brake with two fingers. I normally like the brake lever as close to the bar as I can get it. On the other hand, I like the clutch lever out a little farther, because when I’m feathering it on and off, I don’t want to smash the knuckle of my ring finger repeatedly. If I have room, I will sometimes move a clutch lever with lots of throw further inboard on the handlebar so the lever won’t make it past my middle finger.

One last thing: some bikes have mirrors that are integral to the clutch and brake perches, and some do not. If your mirrors are independent, give them a rough adjustment after the levers are all set, and be prepared to fine-tune ‘em out on the road.

Cable slack is a stated measurement in most service manuals, but they’re adjustable for a reason. I like almost no free play in my “pull” cables. I normally adjust return cables to the factory-recommended freeplay, as they really don’t do much to affect feel. This step is important because excess slop can — and will — manifest itself as a sntachy or jerky throttle. Make sure you leave some slack, especially when the bars are at the steering stops! Unintended throttle is detrimental to bikes and riders.

On rare occasions, I will adjust a clutch to move the lever throw to a more advantageous position. This is a little more advanced step and should be a last-ditch effort, but know that adjustment at the clutch and in the cable can ease a clutch lever throw that’s not in the right place.

Most bikes don’t have adjustment for the brake pedal, but many bikes have a splined shift lever and shaft. Adjust it so your foot can sit naturally for upshifts and downshifts. This is often overlooked, but a pair of too-tall boots can make upshifts difficult, and similarly, a shifter that sits too far up can make shift throw in one direction seem ridiculous.

Protip: Make a mark (Sharpie works well) on the shaft shaft as well as the shift lever in their original orientation so you can “come back” to a setting that works, just like you might do on the handlebar. It’s easier than trying to “reclock” by one tooth at a time, because remembering which teeth you had matched up is nearly impossible after you pull the shift lever completely off the shift shaft.

Some bikes have some other little doodads that can be adjusted. Adjustable seats are becoming somewhat common, and lots of bikes have adjustable windscreens — some are powered, and some are manually adjusted. Some can be tweaked on the fly, others require the rider to stop before adjusting anything on the bike. These items are adjustable so they will fit you! Give yourself the best chance at having a great time on your bike! I do these things each time I test a bike, and I don’t mind — it makes the riding better — yet I’ve met people who have never fooled with these simple adjustments even though they have owned a bike for years! Don’t be unnecessarily unhappy.

Take 20 minutes and set your bike up! 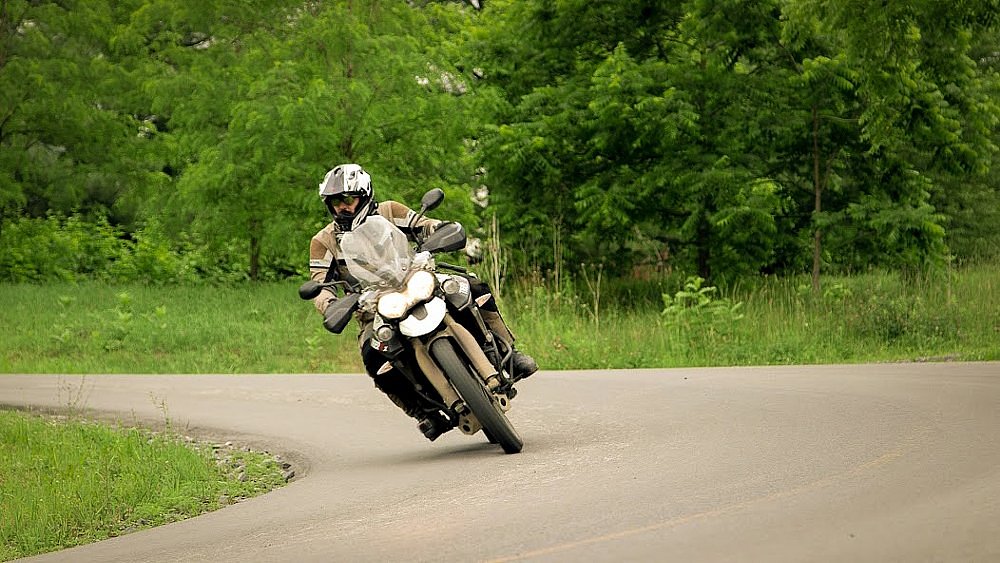 ADV bike prep: The difference between amusement and adversity Lemmy