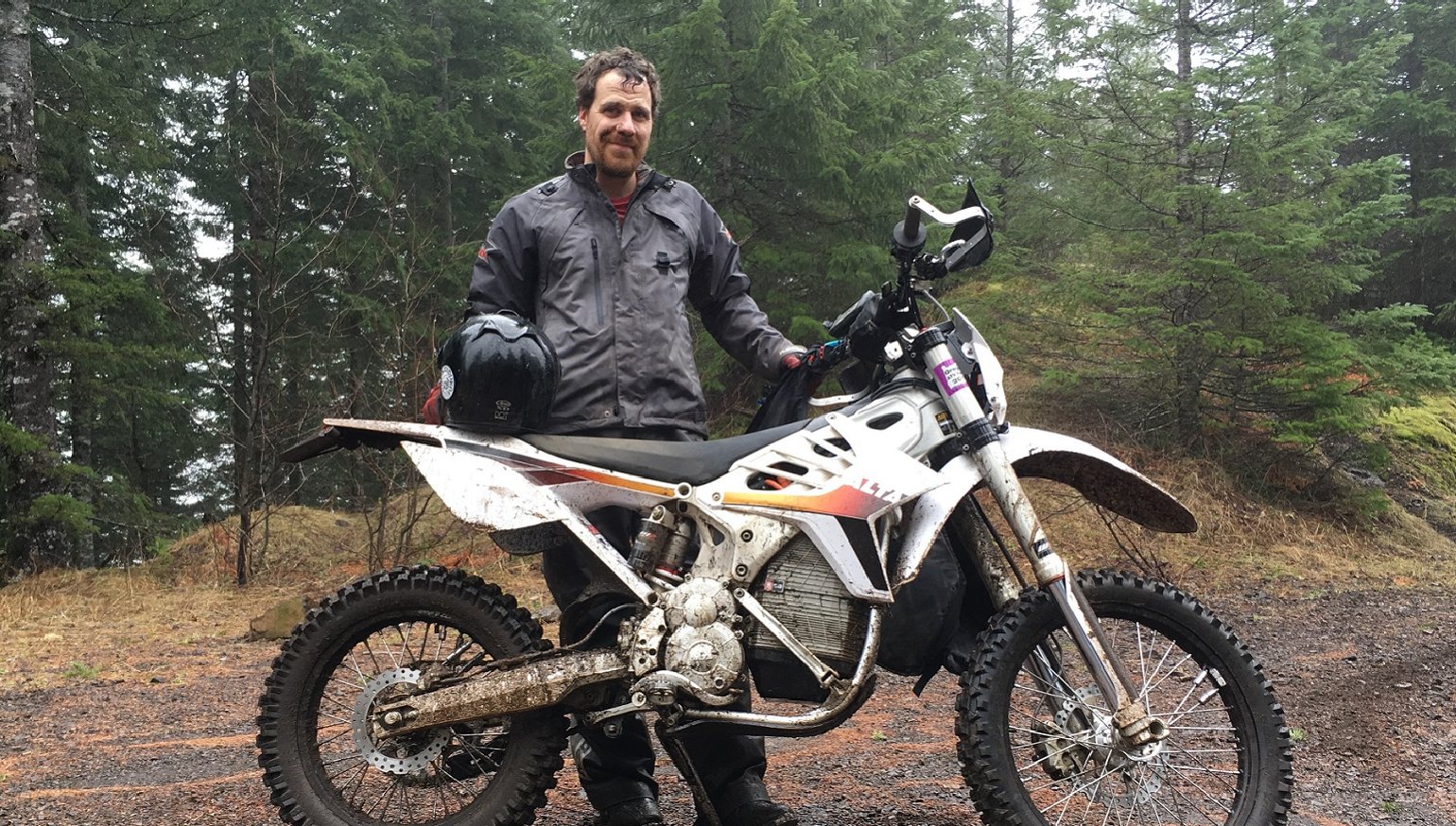 How Matt Sanders created his dream job in the motorcycle industry

I couldn’t count the number of times motorcyclists have asked me, “You get paid to ride bikes and write about them? How do I get a job like yours?” But even I’m not immune to career jealousy when it comes to sweet motorcycle industry gigs.

Last month I was (again) a judge at the Portland Motorcycle Film Festival. One of the shorts in the competition was produced and directed by Matt Sanders. For the last five or six years, Matt has been making a good living making motorcycle short films — aka "branded content" — for some of the biggest brands in the motorcycle industry.

Is being the boss of Phlewid Films as fun as it sounds? Well, put it this way: When he had some time on his hands last year and he could’ve gone trail riding or taken a vacation, he made another motorcycle film about Portland’s hip The One Moto Show, just as a favor to his friend, Thor Drake, who created the show. So basically Matt has created a gig for himself that, when he has time off and can do anything he wants, the thing he wants to do is... that same job, for free.

That’s got to be a win, right? Which is why I sat down to interview him at See See Coffee. I wanted to learn how he managed to create his dream moto-job.

“It’s really weird,” he told me. “I remember sitting at my desk. This was like 2000 or something. I’d just moved out to Portland and I was working for a software company in tech support. So, I spent a lot of time just waiting for the phone to ring. I remember sitting there one day and I said, ‘I’m going to type up what I want to be doing in 10 years’.”

This is what he wrote: “I wish that somebody would pay me to make films for their company that weren’t just ads but were like small films. They would be getting a cool piece of art, but their brand would also be in there.”

That was a pretty audacious career plan, considering that few people in the ad industry had even heard the term "branded content" at the time. It seemed like a big leap from being a desk jockey at a software company, but the truth is he’d been preparing for a career as a filmmaker since childhood.

“I was definitely a TV baby,” he said of his childhood in South Bend, Indiana. “My friends and I would borrow our parents’ VHS cameras and re-make whatever show we’d just watched, using GI Joes as actors. When we needed special effects we’d just reach into the frame.”

After college, he moved to Portland and got his first real job, earning grown-up money. As soon as he could afford a motorcycle, Matt bought a Suzuki SV650. He was stunned the first time he saw a video someone had posted online, with views from a helmet cam. What the heck was that? He found a camera. (Back then, it was a finicky "bullet" cam that had to be wired to a recorder elsewhere on the bike.) Matt and few friends began work on a video series they called "Lines." Basically, it was different riders on different bikes, talking about their favorite roads.

“We were going to make a movie,” Matt recalled. “My dream was to go all over the world doing it, but I didn’t have skills, knowledge, or confidence to quit my job. Now, it seems everyone’s doing that, anyway.”

He finally quit that tech support job when one of his friends suggested that he apply for an open position at Icon Motorsports. On the face of it, his resume wasn’t an obvious fit. Icon was looking for a graphic designer and Matt was a specialist in the SolidWorks 3-D design program. But, for the next couple of years he did all of Icon’s CAD work; he turned designers’ helmet sketches into precise models.

His big break came when Icon needed a trade show display for the mid-winter Indianapolis dealer show, which, at the time, was the biggest motorcycle trade show in the U.S. market. Back when he’d first applied to Icon, Matt had included a DVD of those "Lines" videos as part of his job application. A couple of weeks before the Indy trade show, the boss dropped a bunch of Jason Britten stunt videos on Matt’s desk and asked him if he could edit together a video that would run in the background at the Icon booth. Matt brought his computer in from home and used his own version of Final Cut Pro to put together a wild, post-apocalyptic video.

“It was cool,” he told me, “because I was able to go to Indy and saw people just stop in their tracks and stare at it.” Icon put it on its own site, where it was downloaded something like 200,000 times.

"Around 2004 or ’05, we set up an Icon YouTube channel,” Matt told me. “At the time we weren’t sure anyone would watch it.” The first significant project he worked on was a motorcycle versus car drift battle with Nick Apex.

“Back then it was, like, three of us that did the whole thing. I had a feeling it was going to be a good video,” Matt said, “but it was the craziest thing to watch it go from 300 hits to a million in one day. It was on Top Gear’s channel, people were promoting it, it was on the news. So we had to make more of them. The second drift battle video got five million views on the first day.”

Matt did a few more projects for Icon, but he was getting a lot of calls from other potential clients. Even Dreamworks called, with a rush request to come down to California to discuss a directing job. But the day they wanted to talk was the day Matt’s wife was scheduled for a c-section. “I was, like, ‘Sorry dude’,” he recalled. Dreamworks never rescheduled.

Going on his own

Matt quit his day job at Icon and devoted himself to Phlewid Films full-time in 2012. His first job was a micro-budget project, documenting Brammo racing at Daytona.

“That was fun because I was really into the electric thing,” he told me, “but it wasn’t nearly enough to justify quitting my job. I thought, ‘What have I done?’”

He needn’t have worried. Triumph North America quickly became Phlewid’s first big client. It was a no-brainer for Triumph because some of those original Icon videos had featured Triumph motorcycles and the company knew it had received a huge bump in awareness as a result. Triumph has a strategic partnership with Castrol, which led to film work for Castrol. Indian also became a client.

Phlewid is, well, fluid. Matt draws on a small cadre of friends — a community of producers and cinematographers who help each other out. Sky Pinnick is a director and cinematographer with his own business, Rage Productions; Thad Jackson, Mike Levin, Miles Beeson, and Tom Frisch are all regular creative contributors.

Obviously, equipment has come a long way since the days of wiring a camera up to a remote video recorder. Phlewid was an early adopter of GoPro cameras. Matt still uses them for a lot of onboard stuff. However, over the last few years, the Red Digital Cinema Camera Company has taken over Hollywood — and Portland. Red has become Matt’s basic choice for most shooting. DJI drones and gimbals make it easy to capture shots that would have been very expensive just a few years ago. (Matt’s an FAA-certified drone operator.)

A while back, Matt even got an assignment as a second-unit director — directing Ernie Vigil in a motorcycle action sequence — on "Misconduct," a crime drama starring Anthony Hopkins and Al Pacino. That sounds like a guy who’s right on top of his game, eh? While we were talking at See See, one of the film festival organizers came by and Matt suggested, “Get some time-lapse video of the theater filling up with motorcyclists put that on your Instagram feed.”

That made me think, I bet this guy’s totally up to speed on the whole social media scene — an area where I’ve pretty much given up trying to keep up. But when I asked him about social media and its relationship to marketing and brand-building, Matt admitted that even he can’t really stay up to speed, either. In general, Matt’s job is to deliver content and it’s up to his clients to promote it and generate traffic.

“Sometimes, you make a great film,” he told me, “and you can tell [the client] hasn’t really thought out how to use it.”

Still, even he worries about the state of enthusiast media and the increasingly blurred lines between editorial content, branded content, and advertising.

“I’m really just trying to make entertaining movies,” he told me. “No one has ever asked me to lie. For me as a filmmaker, I’m making stuff that’s fun and entertaining. But it’s tough now when you’re trying to get a real opinion. If I go to Cycle World and see a review of a pickup truck, I want to know what that thing’s really like to move bikes. I don’t want to read something that was approved by the manufacturer.”

Making films is a crowded and cluttered field

Matt managed to turn Phlewid Films into a successful business in part because he was one of the first guys producing professional quality motorsports videos on YouTube. He knows it would be far, far harder to stand out today, when there’s something like 300 hours of new video uploaded to YouTube every minute.

“It really is far more cluttered,” he admitted. “The only thing I have now, that hundreds of other guys don’t have, are my experience and connections, and a distinct look. I’m not saying it’s better than anyone else’s, but it’s different.”

Writing as a guy who has spent his whole adult life working in two fields, advertising and journalism, that have been utterly disrupted by branded content and the rise of social media, I suppose I should resent Matt Sanders’ success. But he’s such a nice guy and his movies show such enthusiasm and good humor towards his subjects that I can’t summon up much jealousy.

When I was writing this story, I realized that I wanted to illustrate it with a picture of Matt with his current favorite bike, an Alta electric enduro model. When I emailed him on a Thursday morning, he wrote back, “I’m just about to go for a ride. I’ll get a picture out on the trail.” That's how we got the photo at the top of this story.

His expression in the photo suggests that he’s just slightly embarrassed to be having that much fun on a weekday. 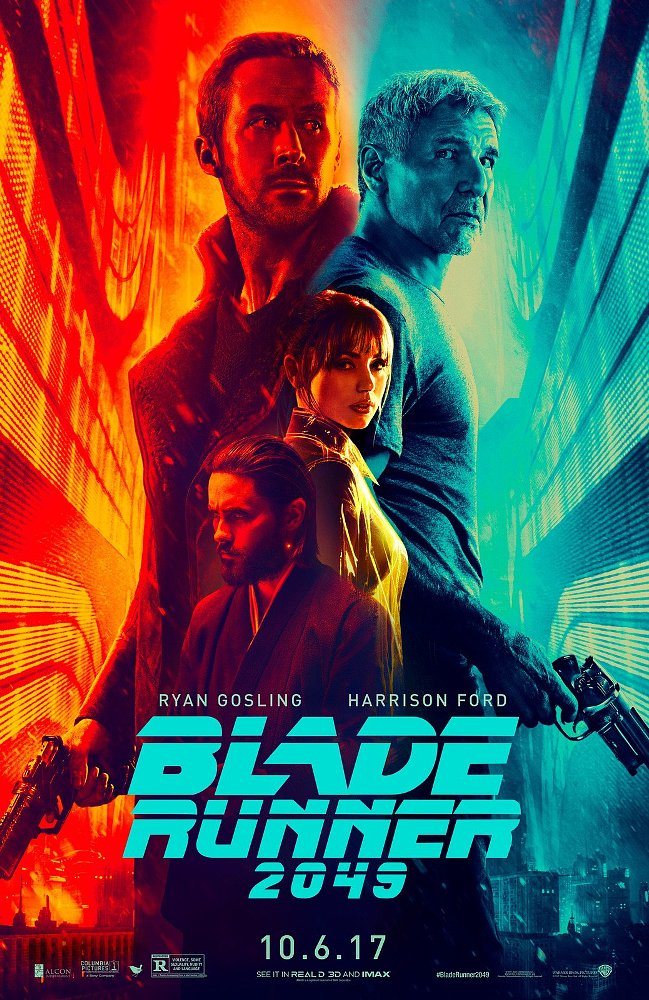