How I overcame my height (mostly)

In what feels like forever ago (but was actually the fall of 2003), I was a very apprehensive, timid scooterist in San Francisco. I started commuting to work on a 50 cc, two-stroke Aprilia Scarabeo that was never meant to be the gateway drug to the world of motorcycling I now know and love.

I am five feet, two inches tall. I didn’t think I would ever ride a taller, heavier, faster motorcycle unless I lowered it so I could actually put both feet flat on the ground. I remember very clearly one day when I took my scooter to a shop to have the tires replaced, the gentleman there gave me the best advice I have ever received when it came to riding.

“If you ever want to ride bigger motorcycles, practice putting only your left foot as close as possible to flat on the ground when you come to a stop,” he told me.

“OK, sure, whatever!” I thought. But somehow, that advice stuck with me, and I tried to emulate that on my scooter. Given the scooter’s 30-inch seat height, I couldn’t really get both feet flat on the ground anyway. I always had to scoot forward to the front of the seat just to get the balls of my feet on the ground. That worked well enough, given its light weight and low center of gravity. Still, I won’t lie. I dropped that bike at least twice that I can remember. But I rode it more than 3,000 miles that first year and gained a lot of confidence.

In the motorcycle safety course I took the following year, I was matched up with a Honda Rebel 250, due to my size. It’s the quintessential beginner bike for short novices. “Finally,” I thought, “a motorcycle perfect for me. I can totally ride this.”

After taking the class, I climbed aboard my husband’s 2003 Kawasaki Ninja 250. It wasn’t easy, but he convinced me (he’s really good at that) this was a much better motorcycle overall. (Back then, we didn’t have all the fancy options you have nowadays for small-displacement bikes!) Although I trusted him, I didn’t quite trust myself. I also dropped the Ninja 250 at least once, on a steep, sharp, uphill right turn. But I didn’t let that end or interrupt my journey. Instead, I figured out exactly what went wrong, and how I should approach it next time.

And then I simply kept riding… everything. If someone offered to let me ride their bike around the parking lot and I could get my left foot flat on the ground, then I would take it out and see how it felt. Always carefully watching my braking and striving for the smoothest possible stop so I wouldn’t drop it.

My 28.5-inch inseam is a slightly longer than many of you who share my height but shorter than the distance between most seats and the ground. I’ve ridden everything from 125 cc cruisers with 24-inch seat heights to 650 cc sport-tourers with a 33-inch seat height.

I know that with my height, I’ll probably never buy a bike that weighs over 500 pounds with more than a 32-inch seat height, although I could physically ride one. But why would I want to? I could buy the biggest, baddest SUV and drive that around if I wanted to. But what a pain in the butt to park on these old, narrow Philadelphia streets. I'd much rather enjoy riding my lightweight, nimble Triumph Street Triple R, which weighs a hair under 400 pounds (after removing the stock exhaust!) and has a 31.5-inch seat height. Sure, it’s a bit tall, but it’s a fantastic compromise for me, compared to taller, heavier bikes.

I know that lowering a bike is somewhat of an option, but as a rabid sport bike enthusiast, I also know that losing height means losing ground clearance, which means losing lean angle! I have worked really hard to gain confidence in my cornering, learning how to increase my entry and exit speeds, and that’s something I could not do on a bike too low to the ground.

I’ve noticed many riders lower sport bikes because they start out on something that’s too tall, too heavy and perhaps beyond their experience level. But imagine the possibilities when you start on something that increases your skill level and confidence at the same time!

Even though I have experience riding different bikes, I’m still wary when I throw a leg over someone else’s bike. “Don’t drop it, don’t drop it” is always running in my mind. But I know my limits, and if I feel like I’m exceeding them, I won’t ride the bike.

There will always be a learning curve, and for some it’s much “taller” than others. I guess you could call me fiercely determined, because I refused to limit myself only to bikes that I’m “supposed” to be riding due to my height. And I’ve learned that taller bikes can be more fun!

This certainly isn’t the solution for everyone. But I know that if you keep practicing, ride within your limits (in terms of speed and the type of motorcycle you ride) and learn from your mistakes, instead of letting them squash your self esteem, you will become a more skillful rider. 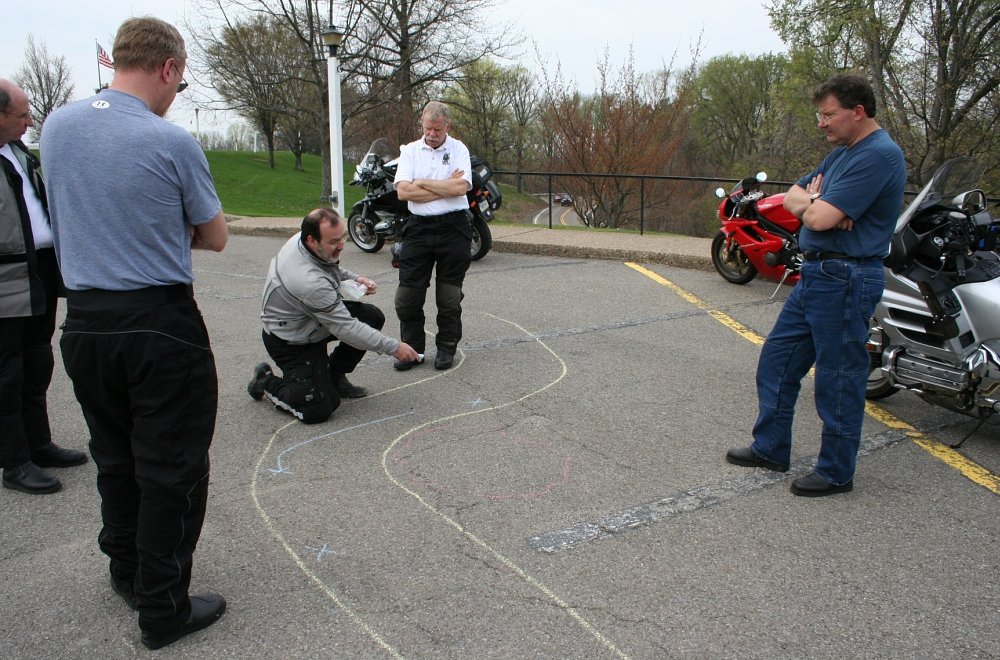