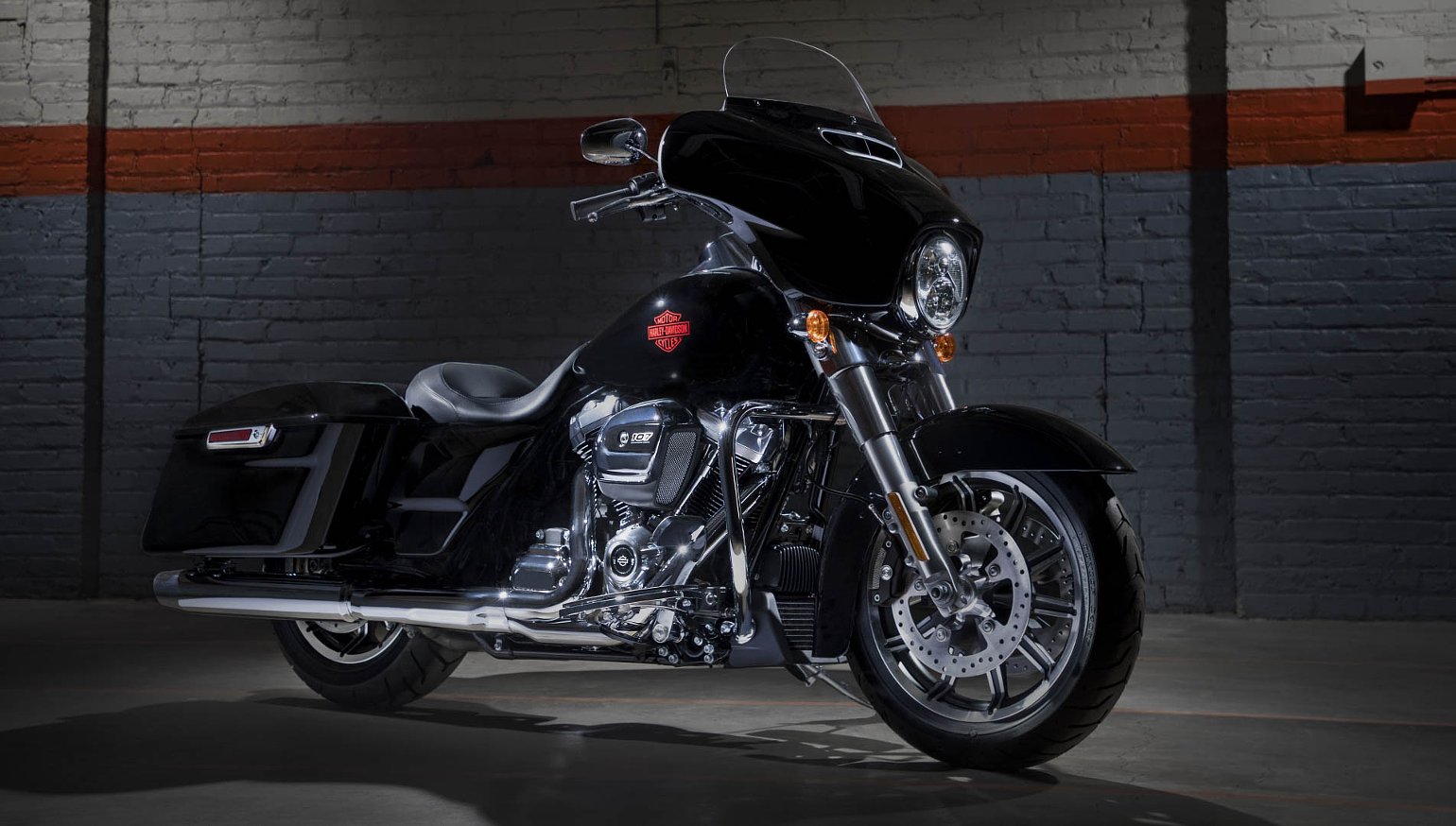 Harley-Davidson showed off a new model this week that’s easy to overlook. In fact, I spent a few days thinking about it, and as I did, I found my mind wandering to my truck, not the new motorcycle. (I get paid to think about things sometimes.)

When truck shopping, I buy the truck with the shortest cab, longest box, and torquiest engine I can afford. Everything else is superfluous. I use my truck for truck stuff. Don’t get me wrong, I had a wireless phone charger in my last pickup, and I thought the heated mirrors were neat, but I’m no stranger to vinyl interiors and crank windows. And to be quite honest, my trucks cost me more and more every time I buy one because it becomes harder every year to buy one without unecessary crap.

And Harley’s new Electra Glide, the Standard, is just a touring bike, with no crap. This is a touring bike to do touring stuff. The FLHT (remember that model code?!) is not a new idea. It’s a stripped, minimalist touring bike. Not minimalist in terms of size or capability, but in terms of frills. I can do without a headliner in my truck. Hell, heat used to be optional. I can wear my coat in the winter in the cab a little longer. If that makes sense to you, then this bike is probably right up your alley.

The new model is a parts bin special. I use that term more lovingly than most authors, as I champion the concept of low entry cost, especially for those who like to tinker. Stripped models mean riders can add and change what they want on their own schedule. Because of that, it’s easiest to describe this new Standard in terms of the other bikes. It’s sort of like a Street Glide (no top box) with a set of Electra Glide wheels (16-inch rear, 17-inch front), with a nav package from the Road King (tape your directions to the tank), and the “normal” squareback taillight that’s been doing the job for years. Cruise control is standard. ABS is optional.

For what may be the first time ever, Harley has issued a statement about the styling I don’t feel compelled to mock. “To express the stripped-back essence of the Electra Glide Standard we focused on finishes that were simple, timeless, and fundamental to the Harley-Davidson’s touring line. Chrome was added to key components and complimented [sic] by polished and blacked out parts,” said Harley-Davidson’s Vice President of Styling & Design Brad Richards. Right on, dude. It’s black and chrome. That’s just what a stripped model should be.

For me, this bike is a historical one. In 1969, a Big Twin could be fitted with the fairings the Tomahawk Facility was cranking out, along with hard bags. In 1971, H-D moved gauges up into that fairing, making it a more integral part of the bike. If you’re asking me, somewhere in that chronological window is when the Street/Electra series were born; the day there was a more-or-less permanently mounted fairing and bags. That was a dedicated touring machine. It’s also the same recipe the Standard follows, with the obvious improvement in elemental necessities that 50 years will bring.

This concept was echoed in the modern era. Rewind to the 2006 Street Glide; this is the same idea recycled again because it works. Upgrades since then? Well, there is the new-ish Milwaukee-Eight motor, the much-improved Showa suspension, and six speeds to choose from. Yes, more improvements have been made, but for the most part, the bones of the stripped tourer are just as they should be.

There are some (like me) who cannot fathom purchasing a bike with a touchscreen. (I can just buy a GPS or use my phone if/when I want directions. And honestly, there is something to be said about being on a bike and not behind a computer.) Others will appreciate an even cheaper way into the Touring door. Some will probably look at this like I do and say, “Give me the base item and I’ll change up the bits and pieces that I think need it." Others may look at this and appreciate (finally) that there is a spot in that big huge fairing to throw some ChapStick and a deck of smokes.

And there ought to be at least one or two people who see this bike and think to themselves, “Hell, I don’t really want to buy one of those big barges, but more power to them, that’s pretty damn cheap for a new tourer, I gotta say.” And it's got to be said, immediately striking out with a model that represents some genuine affordability relative to the pricing in the class can't go unnoticed. This probably seems like a small step, but anyone who's worked for a company as large as Harley-Davidson understands this model being released with this speed represents a herculean effort on their part to respond to the market. Too little, too late? Maybe. But it ain't for lack of trying.

I still smile every time I see a short-cab truck with a long box go by, because those are getting thin on the ground. I laugh a little when I’m freezing my cookies off in a truck with no headliner or working a stick (or locking up the hubs in the snow, remember that?!). I know soon I’ll be a dinosaur telling some kid about those days when we had vehicles like that, and people were crazy enough to buy them.

But here in Motorcycleland, Harley-Davidson, the USA’s foremost authority on all things retro, is still cranking out basic, stripped models.

And I’m betting people will be crazy enough to buy them. 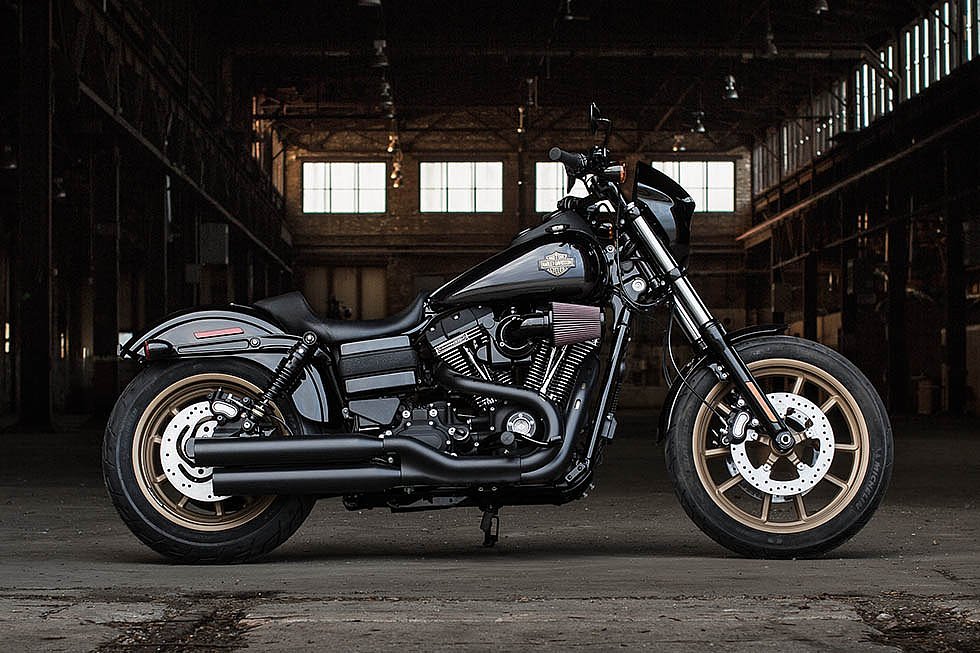