The out-the-door price, including all fees and sales tax, came to $5,350. Lance is no dummy. He's put a billion miles on that bike. A Versys is a cheap machine on a per-mile basis, moreso in Lance's case because he knew leftover bikes can be had for a song.

I fired up the ol' internets and went on a mission to see what the oldest new bikes I could buy are. Here are a few I found. The age, condition, and price on some of these machines are absolutely mind-blowing, if you ask me. Let's go shoppin'. (If any of you buy one of these bikes, you have to promise to send in your story and some pictures.)

Here's a blast from the past. 1994 was the first year for the Road King. Buying leftover bikes is not that uncommon, but this one is a little odd. It's so old that this is being sold in its shipping crate. I imagine there wouldn't be a setup fee! Imagine buying this bike, sitting on it for seven more years, and then trucking it to an AMCA judging field for a 100-point trophy. It doesn't get more original than sitting in the original packing materials, does it?

Here's what the seller had to say. "This crated Road King shows 23 years of dust buildup & light mold, however, we feel it would only take a good cleaning and detailing to bring out all the finish of the gorgeous '2T Aqua/Silver' color combo!"

I admit this bike is also kind of a technicality, because the seller says the bike has been titled once before, but I can't imagine it would matter to the person who wanted this bike. Legally, it ain't new — but I feel like even if this bike doesn't meet the letter of the law, it sure as hell meets the spirit of it. The bike is located in Largo, Florida. Here's some more info.

This second-gen Fazer might offer the most horsepower per dollar you can buy in a new street-legal motorcycle. Yamaha claimed 150 ponies for this monster when it came out a decade ago, and that's still respectable today. The FZ's engine was plucked right from the 2004-'06 R1. To make it "streetable," the bike had a heaver crank, different balance shaft, different cams, and different gear ratios. I always found these bikes (and their FZ6 siblings) to be way too peaky to be a naked street bike. However, at under five grand, this could be a very, very potent trackday weapon.

It's cheap enough that binning it wouldn't be nearly as financially painful as a modern thou. Obviously, this bike has been run a little bit (look at the pipes), but who cares? It's ridiculously stock. Compare this to a slightly more powerful FZ-10. Is the FZ-10 a better bike? Absolutely. But it also costs $12,999. I think I'd score the Fazer and make a few modifications. You can find this FZ1 in Urbana, Illinois. Here's some more info.

So maybe you thought my last comparison was unfair. How about this beaut, then? Twelve years older than the current model year and yet it is exactly the same bike. Same rear drum brake. Same electric starter. Differences? The mufflers and the spark plug boots are a different color. This bike is so damn old you're gonna need to put a set of tires on it, but there should be room in the budget for that. Honda still sells the CRF230F and it costs $4,299.

I don't think that's out of line, but you can buy this one for a whopping 54 percent off of current MSRP. It's the same bike. I don't even understand how this bike has not sold yet. I'll venture to guess that this has to be the cheapest new full-size dirt bike on the market right now. You can see it if you're near Hayes, Virginia. Here's some more info.

Whoa, baby. Honda has had a few bikes that have been just flat-out expensive. (Like the VFR1200, another bike that is plentiful as a factory leftover.) The CTX1300 was a motorcycle that didn't resonate well with buyers, and part of that was probably attributable to its $15,999 price tag. The other part was probably that this bike was more practical than a Toyota Corolla. CTXs wore integrated hard bags, shaft drive and an inverted fork.

Here's what the dealer in Glen Burnie, Maryland is saying about them. "We just picked up a handful more from Honda and we're passing the generous discount to you! I have all three colors available and on the showroom floor as we speak. All of the bikes are BRAND NEW with ZERO miles...These bikes are powered by the legendary 1300 cc powerplant from Honda's ST1300 platform which has been widely used by police around the world as well as experienced sport-touring riders here and abroad. The bikes feature all LED lighting and have plenty of power."

These are being sold at a 56 percent discount. Spurgeon correctly noted that Honda has screwed anyone with one of these bikes. (What the hell is a used one worth now?!) Here's some more info.

No longer available, the V-Star 650 Classic was a generic, mild-mannered take on the classic cruiser, kind of a 3/4-sized shaft-driven version of a Softail. Today, it's been replaced with a fresher-looking V-Star 650 Custom, which is very similar. That bike moves out the door for $6,990, so a cool three-grand savings seems pretty nice. Under four grand for a middleweight cruiser is a price you'd expect to see on the used market, not new. I think a lot of people select a middleweight metric cruiser simply because they offer crazy bang for the buck, but when you can get one at a discount this steep, the practicality is almost enough to make you want to go overpay on a Boss Hoss or something. Midwesterners, check it out if you're near Fond Du Lac, Wisconsin. Here's some more info.

There are always deals to be had on leftover models, but these ones just seemed almost too insane to believe. I'm hoping some Common Tread reader picks a bike up for a steal. Motorcycling will never be cheap, but if you are creative and don't mind a little legwork, it doesn't have to be painfully expensive.

And Lance thought he got a good deal. Hmmph!

Lifestyles of the rich and famous: Lemmy edition Lemmy 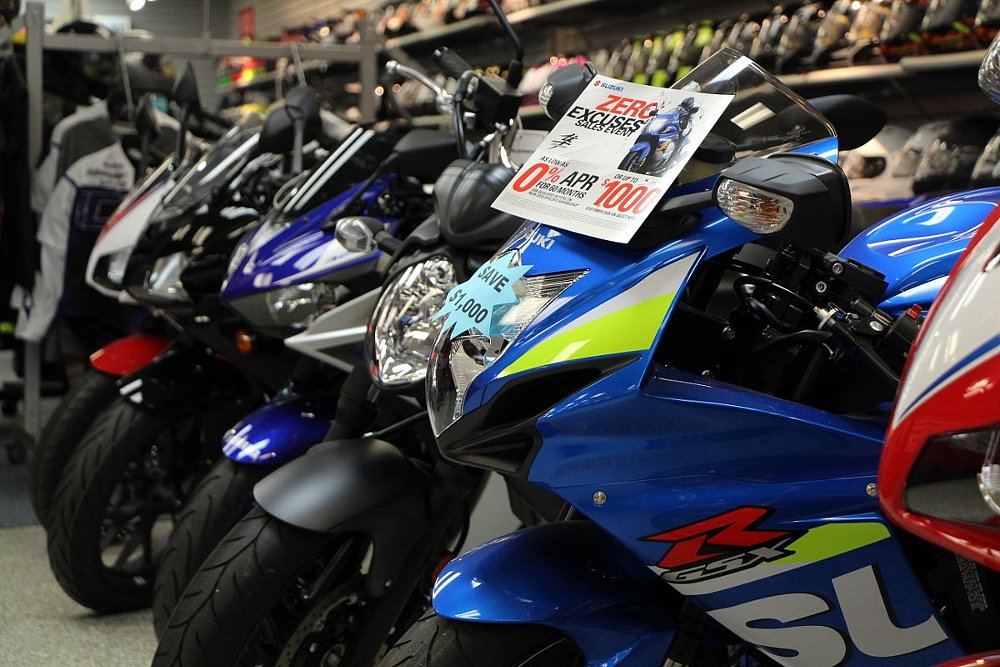 If you're buying a motorcycle, do it in February Lemmy