Dan Venditto shoots motorcycles for the love of it

I don't mean that like some bearded, scarf-wearing, Pabst junkie would mean it. I mean you probably have never heard of the guy because he's just not an icon of our times — yet.

I also think no one knows of Dan because he's so damn modest. The guy makes a second career out of putting others in the limelight. Dan's a moto-photo fella whose pictures show up all over the infernetz. His photos have been published in magazines like Cycle Source, and recently Dan was an invited photo contributor to the Fuel Cleveland show.

Dan rides around a pretty bitchin' Sportster, but you'd never know it. Whenever I see him, he's made the trek to some event hosting greasy chopper dirtbags in his faithful Jeep loaded up with camera gear. Dan spends his life glorifying other people who build and ride bikes. Dan agreed to let me pester him with questions and rip off a bunch of his photos to spruce up ol' Common Tread. If you're into bike life, check out his website.

CT: Why motorcycles? Why don't you shoot flowers or art installations?

DV: I needed to learn more about my bike and figured shooting motorcycles would give me an opportunity to talk to people who have experience in building them. I’m not very outgoing, so it seemed like a good way to force me to interact. The photography thing took on a life of its own and now it’s even more difficult to find time for the bike.

CT: I know you're self-taught, but who got you clicking the shutter button? Who are the guys you look up to? And I don't mean just in the field of bike photography, or even photography at all. Just who makes you want to get out there and take photos?

DV: I can't say just one or two people, since a lot of my motivation comes from different media outlets — web images, Instagram, print magazines, advertisements, as well as shows and events I have attended. I look up to a lot of motorcycle/lifestyle photographers, but try not to get too caught up in it. Many have a particular style, whereas I like to try different things and keep it fresh. I get bored easily.

CT: What's more important, the painter or the paintbrush? Is it your camera, or it your composition?

DV: With me, I’m not sure if it is either, but a mix of things. I think being in the right environment surrounded by the right group of people gets me the best results. I’ve always found that I get a larger amount of quality shots if I’m doing my own thing and have time to play around with locations, settings, etc.

DV: I can’t say that I have a particular “dream bike,” but I know that it would be one that has some history and a lot of character. I’d also like one that some of my very talented builder buds had a hand in making. I’ve been fortunate to meet some talented guys in the industry and really want them to be a part of it.

CT: What kind of lighting do you like best when you're shooting?

DV: I think it all depends on the situation. If I’m at an event, I’d probably be using natural light. The times when I’m shooting a bike for a feature or article, I use speed lights or whatever works best. I want to be able to use both, so I’ve been practicing more with speed lights lately.

CT: What kind of advice do you have for us wannabes for keeping our photo game on fleek?

DV: Hmmm, since I’m a “wannabe” myself, the only thing I can offer is to just keep trying. Like anything else, the more you practice, the better you will get. We are lucky to live in a time when taking hundreds of shots costs almost nothing. I can’t imagine if I had to pay for film and processing of all of my trial shots and mistakes.

CT: What's your "put down the camera" goal? Like, if you get a published at XXXX magazine, you're done, that's the ultimate achievement sort of deal.

DV: Since I don’t do this professionally, I never really thought about a time when I would put down the camera. Ultimate achievement? This sounds painfully unmotivated, but I don’t like to place too much emphasis on things like that, at least when it comes to photography. I’m pretty laid-back and want to enjoy the moment much more than being distracted by an unnecessary goal. I’m sure if I did this for a living, I’d have a plan or particular goal. For now, I’m just going to enjoy the ride and see where it takes me.

CT: What photographer would you most like to work with for an event? (Who is it and what happened if it already occurred.)

DV: That would have to be Mikey Revolt. The event would be the Fuel Cleveland show that I was invited to in May. I’d have to say that was the highlight of my photography journey up to this point. Huge thanks to Mikey for including me in the show. It was such an honor!

I closed the interview by thanking Dan, but he tried thanking me a bunch. I'm telling you, the guy's a hell of a shutterbug, but he's terrible at takin' bows. 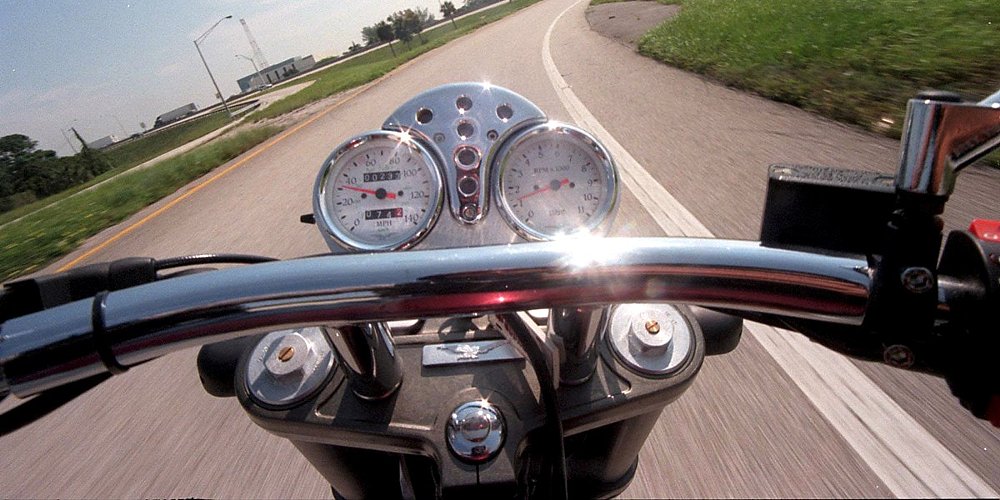 How to take better photos of your next ride Bill Andrews