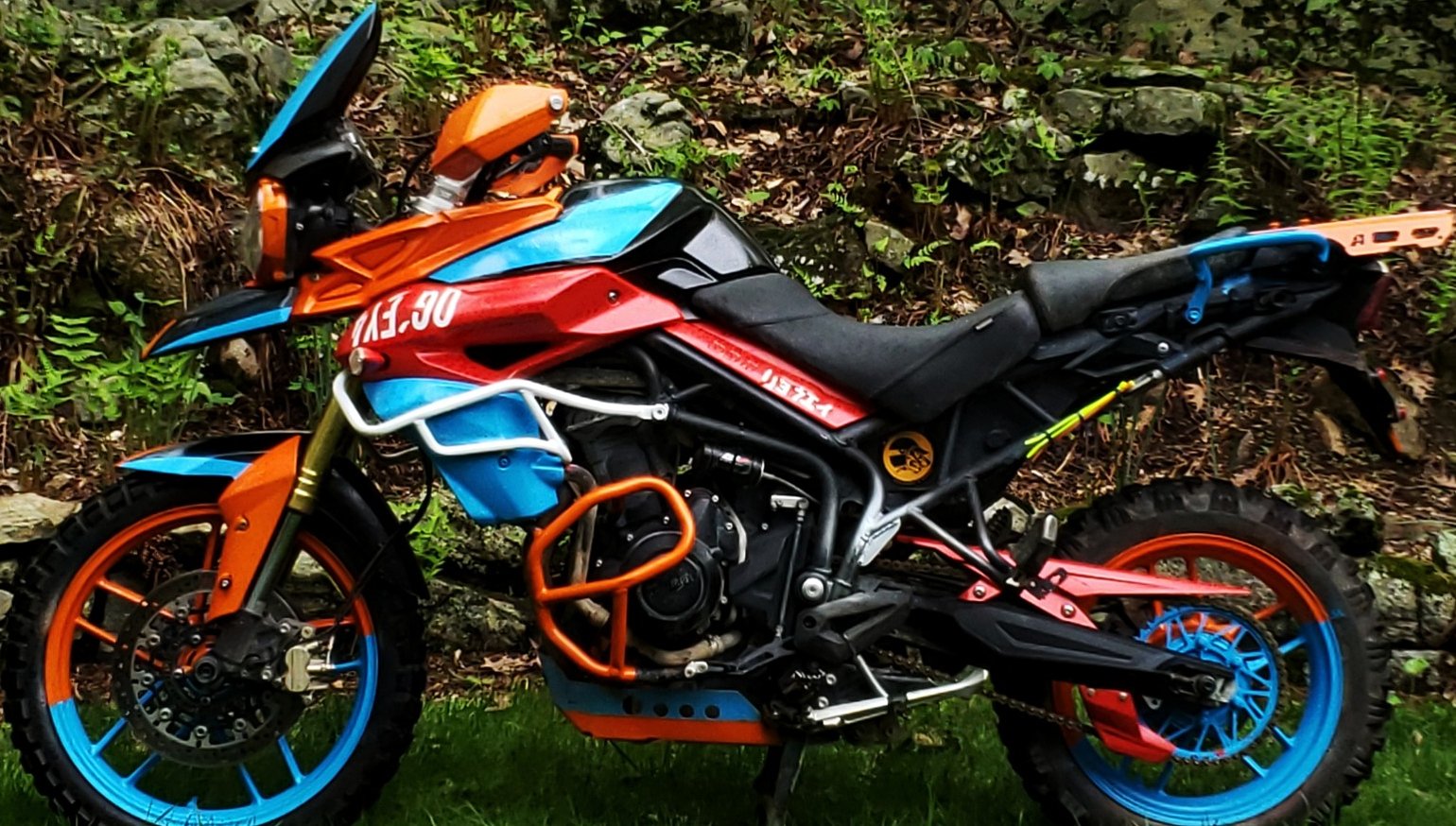 Riding through a forested suburb in the passenger seat of my cousin’s pickup, I wavered between surprise that I won an eBay auction for a tricked-out adventure bike from a pretty well known and respected off-road rider and nervousness that I had just slightly accidentally won an auction for a completely thrashed salvage-title bike I had neither the skills or equipment to repair.

Upon arrival, a Sasquatch of a man comes out to greet me, the sound of his Crocs squeaking on his blacktop driveway. We shake hands, make a bit of small talk, and I get the low-down on most of what is wrong with the bike. We all load it up and my cousin and I hit the road to drive nonstop to Detroit.

When has anybody ever bought a motorcycle and not been ecstatic? Well, I feel like the final scene of "The Graduate."

So today I (with the help of my cousin @turbo_python) picked up a motorcycle from @steve_kamrad. I've heard people say "Don't meet your heroes." Well let me tell you, stranger on the internet, Steve is every part of the down to earth, thoughtful, friendly dude that shines through in all his videos. I mean, he basically donated a motorcycle to raise money for charity. Well Steve, I know this bike holds a big place in your heart and is thoroughly coated with (at a minimum) your blood, sweat, and tears. I promise to do it justice.

Steve Kamrad is a fantastic rider (and occasional Common Tread contributor) who passionately makes the motorcycle community a better place. He is a master of friendship (and karate) for everyone. The fact that I have his Tiger is proof of that. He auctioned it off to raise money to help Vincent Nicolai, who was seriously injured in a garage propane explosion.

Steve made it clear he is available if I ever need help with the bike or have a question. Suddenly, I feel like I got the needed reference to get into the “cool ADV kids club” and with every Instagram post of the Tiger, more and more recognizable faces from the motorcycle community get in touch with me.

Here’s the thing though: I think letting the bike go broke his heart. His Tiger, his Tiger, is now owned by somebody else. I’m sure it hurt to see it go, no matter how good the cause. Steve, was the Tiger your Great White Buffalo?

Today I decided to take on the challenge of fixing the oil pan crack on the #tiger800, and let me tell you, I broke a sweat. @steve_kamrad suggests I should cut out the cat, which I probably will do eventually. But for now I'm just going to make it orange because painted = new. #triumph #tiger #advmoto #isKamradTheExBFIShouldBeWorriedAbout?

Making the Tiger mine

I guess it’s time to get to the point of this thing. I love this bike, but I still don’t feel like it’s my Tiger. There are practical reasons for that. The bike was definitely not set up for me, at five feet, five inches tall! The seat is way too high. The display is angled totally horizontal, so it can be read while standing, and I can’t see it at all! I love the colors, but it was painted that way to match somebody else’s helmet.

It's more than just the bike's setup and paint, though. I feel like I'm not doing it justice, like somehow because I’m not going 80 mph off-road that the bike is disappointed. Could I be letting down the Tiger, Steve, and the ADV community by rarely venturing into the dirt and by not making sweet YouTube videos? Does it belong with somebody else? Am I a fraud? Did I buy pre-ripped jeans?

These thoughts have begun to subside, however, with the realization that slowly but surely it is becoming my Tiger. Part of me started to change, too, because I started actually riding the bike outside of my own head. I got comfortable with its shape and throttle response, with its chopped clutch and brake levers. I started to stand while riding and found gravel or dirt roads and alleys for detours. I lowered the seat and swapped the exhaust with a nice el cheapo aftermarket slip-on.

Arrived up north on my first couple hundred mile road trip on the Tiger. Surprisingly with no drama at all. Got to ride with The Beemer boys @bhodges92 and his father-in-law. Detroit ---> Flint ---> Grand Rapids ---> up the coast of Lake Michigan ---> Silver Lake Dunes ---> Freesoil

I can and will do more to the bike, and myself. I want to go to get-togethers, to find somebody to guide me on a trail ride, and to utilize these people that I have connected with through social media for all the help and support that they are so joyously and generously offering. I do want to make a video to share my Triumph Tiger.

I bought Steve Kamrad's Tiger and it's not done yet. 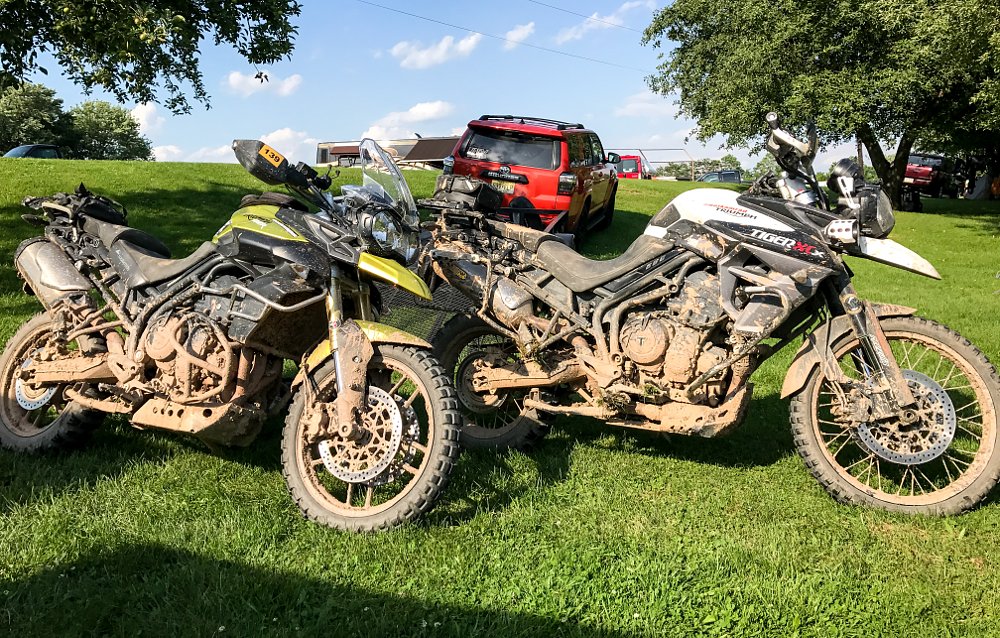