BMW F 800 GS: An adventure bike for the rest of us

Before the engine had time to cool, I was flying down the alley, spitting gravel into the air, launching into the street, ready to attack the night. It was just after 7 p.m. on Saturday when I tore out of my garage aboard a BMW F 800 GS. I had stopped just long enough to change into some full-on riding gear and rig up makeshift fasteners to latch my magnetic tank bag to the Beemer’s plastic tank.

Earlier in the week, the powers that be here at RevZilla asked if I would like to spend some time on the BMW F 800 GS sitting in our corporate offices. “Take it out, put some miles on the tires, see what you think about it,” was pretty much the only instructions I was given. That is like asking me if I want to tour the Ben & Jerry’s factory and taste all of the ice cream to make sure it’s good.

Hand me the spoon.

As I headed into the darkness, I had no plan, no destination. I just wanted to ride. I felt like a kid discovering his first bike all over again. No deadlines, no obligations, just a crisp clear night with endless miles of possibilities.

With the engine screaming to the 8,500-rpm redline as I shot onto the freeway and into the fading twilight of the early autumn evening, a grin crept over my face. This bike was fun. A lot of fun. I was on the freeway just long enough to escape the city lights before pulling off and hitting up a two-lane back-country road illuminated by nothing but the stars in the sky and the F 800’s headlight.

While the BMW handled the highway comfortably enough, side roads and country byways are where the F 800 excelled. It didn’t care about gravel in the corners, didn’t concern itself with potholes littering the streets of Philadelphia, and couldn’t be bothered to slow down for “oil and chip stone” surfaces that would have upset the more high-strung sensibilities of less broadly capable bikes. It devoured mile after mile of two-lane blacktop until way past midnight, when I made an impromptu visit to my parents’ house to bed down for the night.

I was up with the dawn on Sunday and joined my folks for coffee on the back deck. After what could have been a scene out of a Folgers commercial, I was geared up and back on the road. The only obligation on my calendar was to meet up with friend and fellow Zillan, Brett Walling, aboard his trusty Triumph Street Triple R, for a full day of riding through the Pennsylvania countryside.

We met for lunch at Herman’s Drive-In in Topton, Penn., and dined on burgers and soft-serve ice cream. (As previously confessed, there is no limit to the distance I am willing to travel for good ice cream.)

With the ice cream finished, we headed west out of the parking lot and through Fleetwood, Penn., where we briefly weaved our way north on Route 662, until we came to a fork in the road. A left at the fork would allow us to continue on Route 662, while a right would take us on a meandering, 15-mile stretch of back-country tarmac known as Route 143.

A favorite among the locals, this particular length of road weaves and bobs its way through forest and farmland alike. It makes for a perfectly scenic backcountry route or a hell of a barnburner, full of whoops and hollers, depending on how aggressively you wish to pull back on the throttle.

Brett and I took turns chasing each other through the corners. While his Street Triple R ripped through the corners and spit him out of the other side with ease, it took a bit more wrangling on my part to wrestle the Beemer’s 21-inch front tire through the apex. Exiting the corner, however, Brett had to spend a bit more effort keeping his engine spinning while all I had to do was give a stout yank on the F800’s throttle and the bike literally felt like it wanted to jump out of the corner. I rarely found myself out of third gear on these winding back roads.

Brett and I backtracked to old Route 22, which we rode through Hamburg, Penn., where we jumped on Route 61 and rode into Port Clinton, Penn., for a stop at the Port Clinton Peanut Shop. Located on the edge of “coal country”, the Port Clinton Peanut Shop was an old-time candy shop that stands relatively untouched by the passing years. They fire-roast their own peanuts and serve them hot and fresh in varying degrees of roast levels. I chose a one-pound bag of “BB” peanuts, burnt to a crisp and hinting of a slight coffee flavor. Together, we sat on the steps of the Peanut Shop, liberating the nuts from their charred shells as the afternoon shadows grew long.

It was one of those days that motorcycling was made for: The air was rich with the smells of autumn, and we had roads full of curves, nimble motorbikes for which to attack them, and good friends to share peanuts with while reflecting on life.

Spending time with this BMW F 800 GS reminded me of why we ride motorcycles: adventure.

For some, adventure lies down a single-track dirt road with washed out bridges and foreign border crossings. For others it is battling through 50 miles of urban jungle on the way to work in the morning and then back again at the day's end. For me, it is a little bit of both and everything in between.

Adventure is the trip to the café three towns over because they serve a handmade coffee milkshake. It is taking the long way home to visit relatives when the highway could get you there two hours quicker. It is riding 300 miles to surprise a friend you haven’t seen in a year just because you have nothing to do for the weekend. It is using all of your vacation days in one lump shot so you can spend two weeks traveling the Trans American Highway. It is sitting with a good friend after a long day of riding and sharing a bag of peanuts while reflecting on the good fortune of living in a country where gasoline is readily available and motorcycles provide the perfect escape from reality.

For some, adventure is defined as nothing less than crossing multiple international borders in untamed wilderness. But that doesn't happen every day. Born with one foot in the dirt and the other firmly planted in the asphalt, the F 800 GS proved to be an exceptionally versatile machine that left me grinning like an idiot and begging for more. BMW made the perfect bike for the rest of us, whatever your definition of adventure may be. 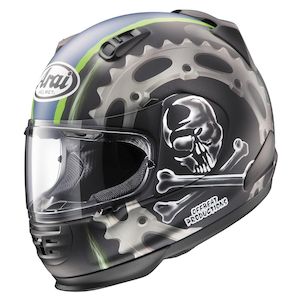 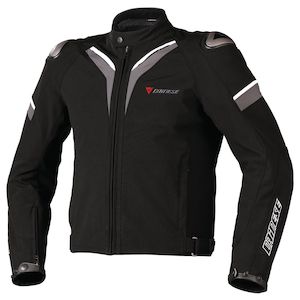