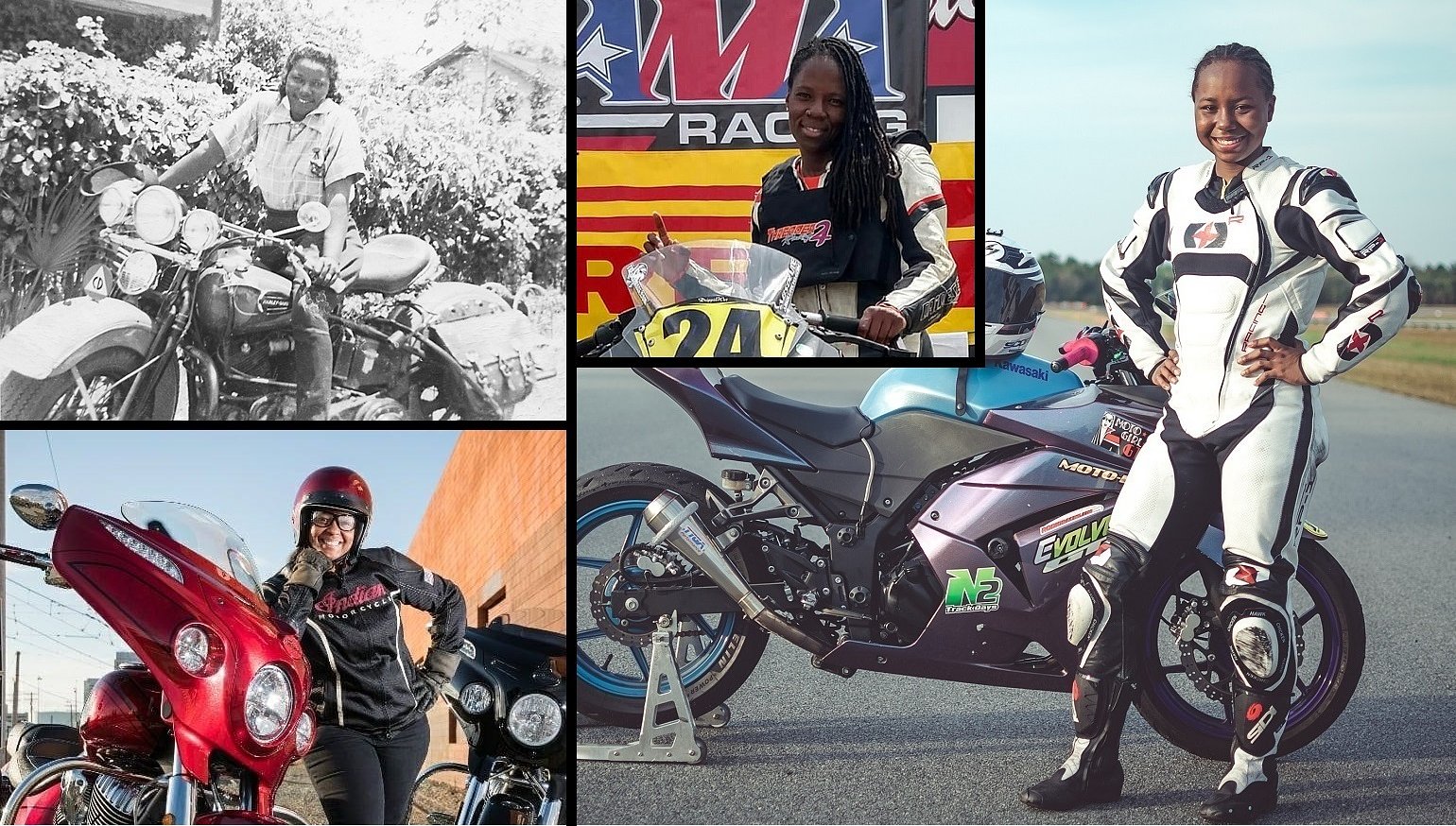 Bessie and beyond: Women who inspire us to ride

When asked to write about influential Black women in motorsports, the first person to come to mind is Bessie Stringfield, a legendary motorsports pioneer who rode the lower 48 states in the 1940s.

Editor's note: For Black History Month, we asked Black Girls Ride founder Porsche Taylor to tell us about some of the women of color, both past and present, who have inspired her to ride.

Known as the Motorcycle Queen of Miami, Bessie would toss a penny on a map to determine her next destination and ride out. I often imagine her journey, as she dealt with the challenges of unpaved and unlit roads. She rode a shaky, heavy bike without the luxuries of today and the ride of her motorcycle wasn’t the only thing shaky back then. She traveled through the Jim Crow South, often sleeping on her bike and packing her own food because she was refused service in the towns she passed through.

Bessie would perform stunt shows along her rides to fund her trips. She made it across the lower 48 states eight times, never letting race or gender keep her off her bike or away from her goals. Over the years, Bessie Stringfield’s strength and determination to ride has become an inspiration to all women who ride, race or stunt. One of the American Motorcyclist Association's top awards is named for her.

While our journey begins with Bessie, it does not end there. Let’s celebrate other women, past and present, who have inspired and paved the way for those of us who love to ride.

In 1958, Delores Davis approached The Motor Maids of America for admission to their club. The late 1950s and early '60s were a trying time for racial progress, and Delores was denied admission because she was Black.

Determined to share her passion for riding with others, she partnered with her friend Margaret Bonham to start The Cycle Queens of America in 1958 in Washington, D.C. While the Cycle Queens were founded by Black women, the club was never exclusively African American. All who shared a love for motorcycles were welcome to join. With members ranging in age from 23 to 65 across eight states, the Cycle Queens became a recognized AMA club. They were all about the ride and held meets and events to raise money for charity. They were known and often awarded for their sharp red-and-white uniforms.

Drag racing pioneer Peggy Llewellyn, of Jamaican American and Mexican American descent, became the first woman of color to win a professional motorsports event when she won the NHRA POWERade event in Dallas in 2007. Earlier, Llewellyn had to sell her race bike to pay bills and she struggled to find sponsorship money to allow her to race but she overcame those obstacles and came back to win.

Sarah “SeCCRet The Cross-Country Rider” Moreau is one of my personal inspirations and mentors. She loves the solitude of the open road, often stopping in odd settings for a photo or to enjoy a part of America she rarely gets to experience. Following the path of Bessie Stringfield, Sarah has made the trip across the lower 48 states more times than she can remember. She has also ridden in Hawaii and abroad in Dubai and Cuba. Sarah is a great resource for riders, hosting workshops to prepare riders for long-distance travel and serving as a contributing staff writer for Black Girls Ride Magazine.

As an active advocate for riders, Patrice “Foxy” Johnson works tirelessly to keep riders informed and help move the community of motorcyclists forward. She currently serves as the general manager for MC Professional Convention, also known as “the PROC,” an annual gathering of thousands of riders from all over the country that's now in its 17th year. Foxy and the PROC team continue to create a program focused on rider education and fellowship. An avid long-distance rider, Foxy’s goal is to continue to bring about unity and provide resources to those who strive to be better bikers.

Unbelievably, Joi “SJ” Harris became the first professional African American female road racer when she took the track for her first season in 2014, just four years after she learned how to ride a motorcycle. SJ began riding on the aggressive streets of Brooklyn, New York, but she improved her skills so quickly she was soon on track. In 2017, she was working as a stunt rider for Marvel’s “Deadpool” franchise when her life was cut short in an accident during filming. SJ’s legacy continues to be an inspiration for women in road racing.

Picking up where SJ Harris left off is 17-year-old Mikayla Moore, who is burning up the track every chance she gets, showing the commitment and passion it takes to get ahead.

“I was taught that nothing in life is given, but earned, and whatever it is you want to be and have, you have to race for it," Mikayla states. With the solid foundation of her family race team, Moore Racing, Mikayla is fast becoming one of the sport’s rising stars. Mikayla began riding alongside her brother when she was just six years old. She’s now comfortable and effortless on the track, and poised to be part of the future of road racing.

All of these women have inspired me and countless others on our journey. Thanks for giving us an opportunity to share their stories! Find out about these and more beautiful bikers at Black Girls Ride. 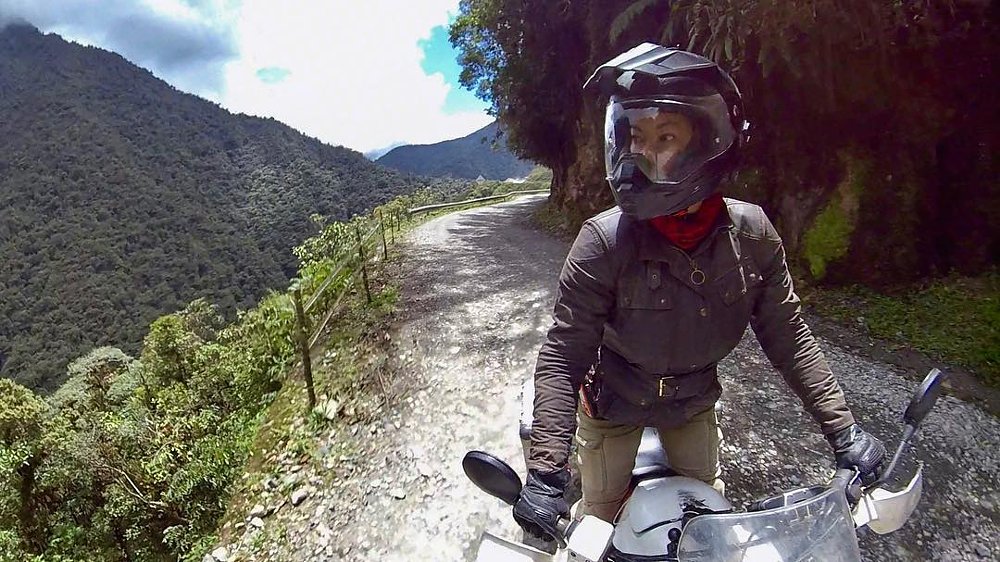 10 female riders you should know (but probably don't) Joanne Donn