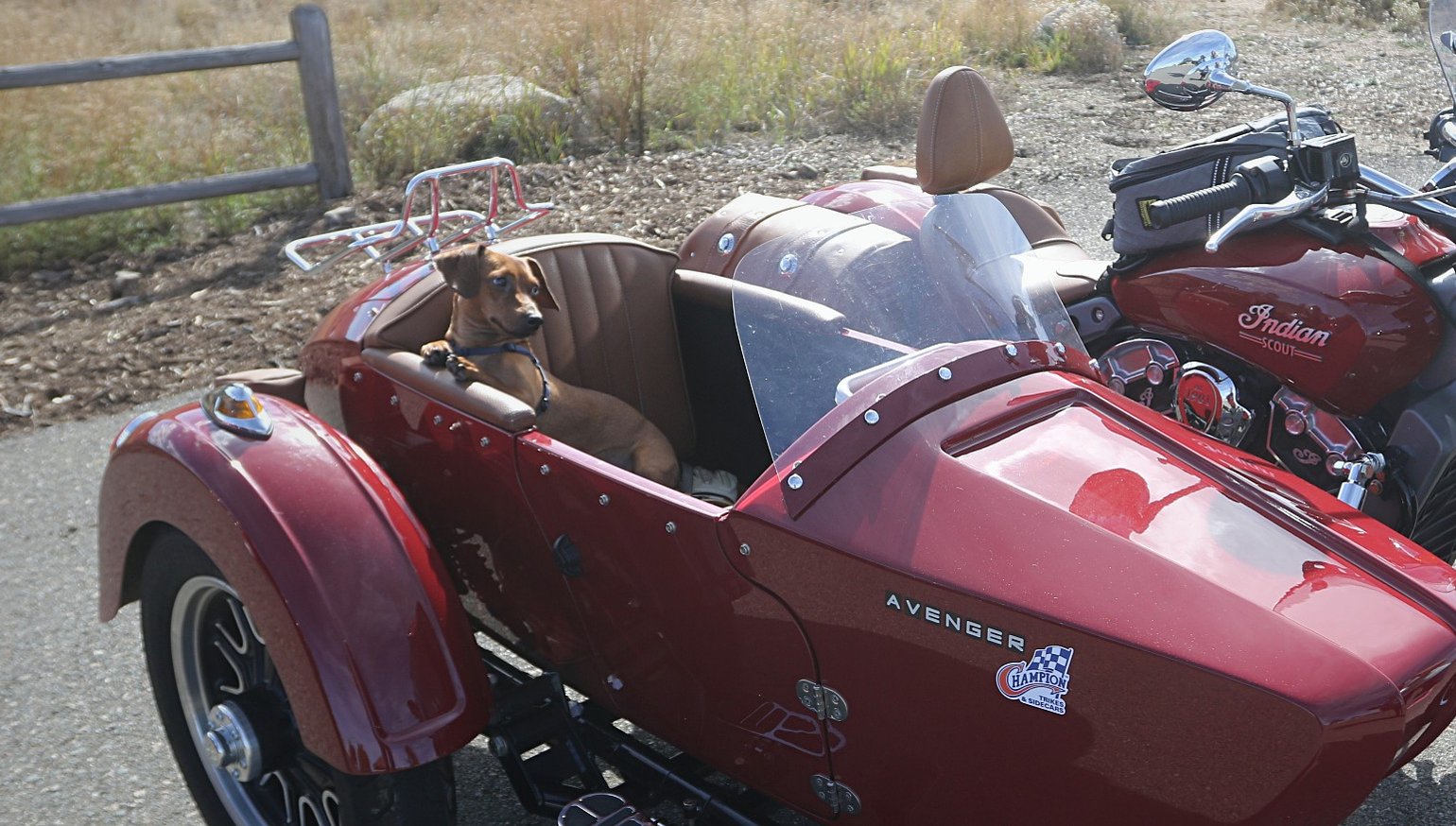 Some dogs love motorcycles and are harmless. (See the photo above.) Some are enraged by motorcycles and can be dangerous. (Ask Lance to tell you about the time the resident three-legged pit bull at a rural gas station got him.)

With 48 percent of U.S. households owning dogs, back road and neighborhood riding can expose you to bites from the canines who don’t love motorcycles. From 2005 to 2013, dog bites were the 13th most common cause of non-fatal injuries in the United States, while motorcycle crashes ranked 14th! Perhaps a useful fact when soliciting support from your better half for buying bike number two, instead of a dog. (I am working on dog number three and bike number two at the moment).

What makes dog bites more serious is the risk of rabies. Rabies is endemic in the United States (except for Hawaii) and dogs carry rabies.

Rabies is a virus that can infect any warm-blooded animal and it prefers to live in the host’s central nervous system. That is why the definitive test for rabies involves sampling the brain tissue of a dead animal; there is no rabies test in a live animal. This is why there are laws about dog and cat vaccination.  For animals, once they get rabies, it is nearly uniformly lethal within five days of developing symptoms.

The most common carriers of the rabies virus are bats, foxes, raccoons and skunks, but mongooses have been reported to carry it in Puerto Rico. About 400 to 500 U.S. domestic pets develop rabies each year, but only two humans do so per year (at least of which we know).

Infected animals with symptoms demonstrate a wide variety of behavior changes ranging from seizures to irritability to paralysis — none are very specific for rabies. So what should you do if you get bitten, especially if you do not know if the dog is infected with rabies?

First, get clear and avoid getting bitten again. Second, examine your wound and stop any bleeding. Wash it out with soap and water, as thorough cleansing seems to decrease rabies risk even when bitten by an animal with active virus shedding. Third, call for an ambulance if needed due to ongoing slow bleeding, brisk bleeding that required a tourniquet to stop (the one I suggested you carry), gaping skin, exposed muscle or bone, your leg below the bite is numb or you cannot move it. If you are wearing boots that prevent skin puncture, you can still suffer a crush injury if it was a big dog that tried to bite your leg. It pays to get checked if there is swelling, things don't feel right, or you are having trouble moving it. Fourth, call the police, who will activate Animal Control to try to secure and quarantine the animal. They will also help determine if the dog has been vaccinated and if the vaccination is current.

What if the dog has rabies? You are in for a world of hurt — from injections! First, you will get a tetanus booster injection. Second, we will anesthetize and clean your wound either in the Emergency Department or the operating room. The location will largely depend on the extent of your wound. Third, you will generally receive antibiotics against bacteria that live in a dog’s mouth and saliva. Fourth, since most of us have not previously received rabies post-exposure prophylaxis, you will receive Human Rabies Immune Globulin (binds the virus) followed by a dose of Rabies Vaccine (to help you make antibodies to the virus) on the same day.

You will then need subsequent doses of the vaccine on post-bite days three, seven and 14. Lots of injections. You do not need to be quarantined, as you cannot transmit rabies to anyone else unless you are actively sick with rabies.

One important aspect of dog bites is unique and different from cat bites (not including tigers or panthers in the discussion). It is termed degloving. This may happen if the dog bites you and you each pull away from one another while the dog’s teeth are still attached (think: bitten while you power away on your motorcycle). The skin and its attached fat may separate from the underlying muscle and its tough covering (fascia), leaving a big empty space.

Degloving is very dangerous for your skin, as the blood vessels that supply it cross through that shredded space. When those vessels tear, they bleed, leaving behind a hematoma that can be readily infected from what was on the dog’s teeth. This is why meticulous cleaning and antibiotics are so helpful. The torn vessels are also unable to deliver blood to the skin, reducing and sometimes eliminating blood flow that is required for skin health. The skin may then die and need to be cut away.

Don't worry, there are lots of ways to repair your wound if this happens to you. If you have a degloving injury, you will be hospitalized and closely monitored.

I’ve heard lots of advice about how to avoid dogs intent on damage, but it’s also worth mentioning that this is another case where simply wearing protective gear will prevent most of these injuries. 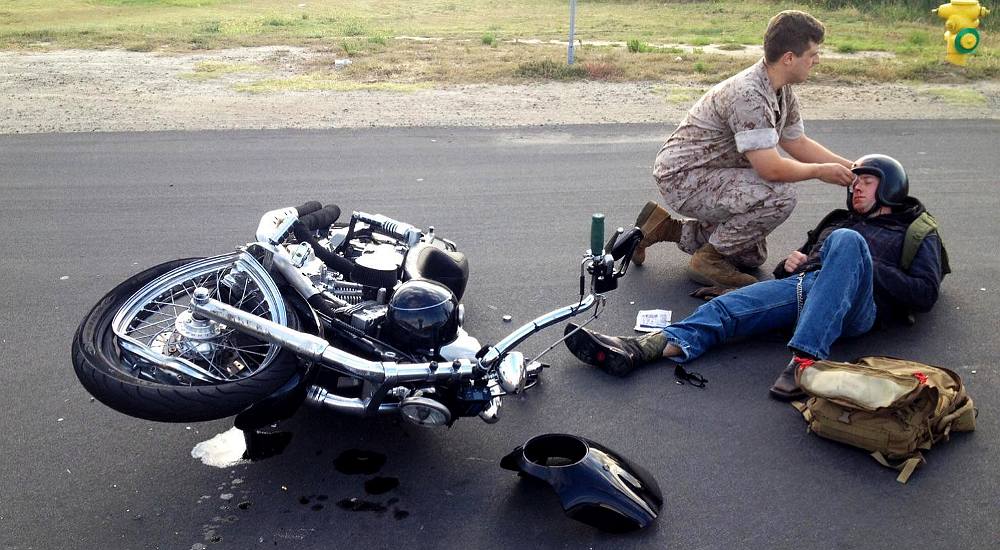 Ask the Doc: What should be in my emergency kit? Dr. Lewis Kaplan