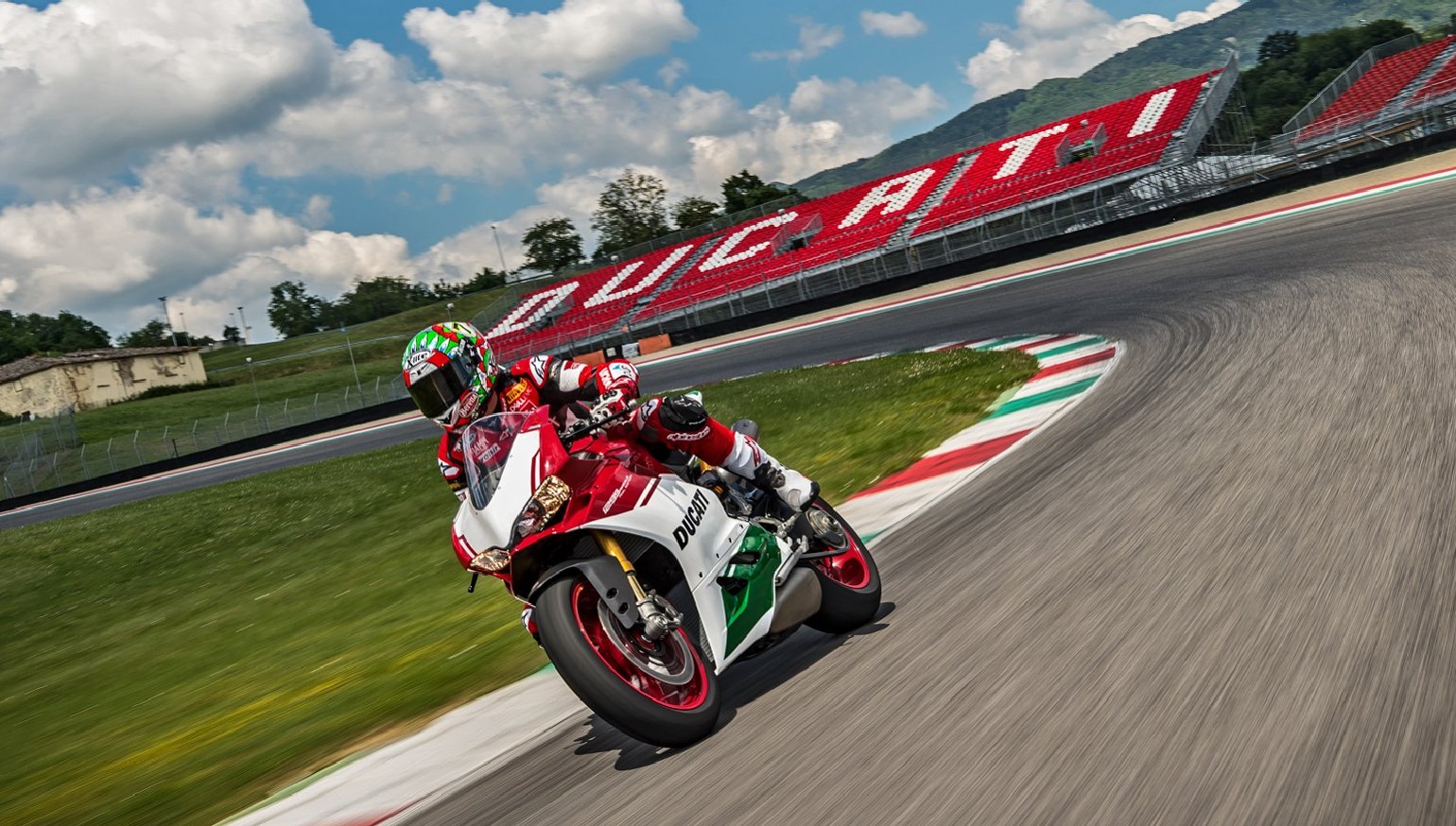 If you ride a high-performance European motorcycle (or even if you don't), you've probably heard about a spreading recall involving Brembo brakes.

A lot of questions are swirling around this problem. Questions like: What caused the brake failures? I hear it's a plastic part that's failing, so does that mean Brembo cheaped out and used plastic where they should have used metal? Why is my Ducati covered by the recall but my buddy's Ducati with Brembos isn't? And most of all: Is my bike going to kill me?

We'll try to answer those questions, not just because you need answers, but also because this recall serves as a great case study for two reasons. First, since it involves a major motorcycle parts supplier, this will likely affect many motorcyclists riding late-model bikes. Secondly, and more importantly, this case study helps riders understand that design, engineering, and material selection is a mixture of both art and science, and that a recall isn’t necessarily a fear-inducing condemnation that a bike is suddenly unsafe to ride. Let’s hash out the recall, which involves some bikes fitted with a particular piston in Brembo front brake master cylinders, and then we can examine this from a few different viewpoints that might lend a little clarity to the issue.

NHTSA recall report 17V-812, released late last year, outlines symptoms some Ducati motorcycles exhibited. “In May, 2017, Ducati received initial information from the field regarding front brake malfunction involving a motorcycle in the European market. During the same month Ducati received a second European front brake malfunction report. Ducati initiated an investigation and began to jointly conduct an analysis with Brembo, the component manufacturer. In September, 2017, a third European case was discovered. Failure was found to have occurred during race track use in two of the three cases. In November, 2017, the investigation was finalized... On December 14th, 2017, Ducati determined that a worldwide safety Recall was justified. For subject motorcycles sold in the U.S, there have been no reports of injuries due to the defect.”

The defective part was found to be the brake master cylinder’s piston. Units made of polyphenilene sulphide (PPS), a polymer, were found to be cracking. That recall report specifies that the failure is due to “the anisotropy of the PPS material, in addition to potential porosity introduced during the injection process.” Anisotropy refers to materials having different properties depending on directionality (more on that later). In this case, cracks render the piston unable to produce and maintain requisite braking pressure, which is critical to stopping.

Perhaps unsurprisingly, hard use bordering on abuse seems to initiate or exacerbate the condition. “Moreover, demanding conditions such as race track use, frequent ABS interventions, or vehicle tip-over may compound and further induce failure,” the recall report states.

Ducati submitted this recall to NHTSA on December 20, 2017 — one day after Aprilia issued a very similar recall. I used the Ducati recall as the basis of this article simply because I was able to gather information on it more quickly. The affected Aprilia models were some 2017 RSV4 and Tuono motorcycles. Affected Ducatis are some 2015 to 2018 Panigales, Monsters, Multistradas, Xdiavels, and Scramblers.

How many motorcycles will be affected?

At the time of this writing, the only recalls have come from Aprilia and Ducati. However, this master cylinder is used on other bikes. I discussed the issue with Jensen Beeler at Asphalt & Rubber, who has covered the recall from the beginning, and we're in agreement that more recalls will likely be coming from additional manufacturers. I’m also curious to see if Brembo used this piston in any other brake masters that they sell or if they sold any of these particular masters (PR16) in the aftermarket as a part only to any retail customers. If that’s the case, I would imagine we will see a separate recall from Brembo themselves.

That leads me to another question — did Brembo make a material change (from aluminum to PPS) and then realize it didn’t go well, or did they simply have a supply interruption on a critical machined aluminum part?

I contacted their press office, and as of yet they have not responded to my email. If they do, we’ll update this article to include their response.

It’s not what it’s made from, but how it was made

As an experienced mechanic, I was forming some theories, but I also recognize that I possess some large gaps in my areas of expertise. I asked Evan Aamodt, a friend and a mechanical engineer, what he thought.

“Porosity can easily lead to the crack growth and eventually fracture of the part," he wrote in response. "That said, it's entirely possible that the parts were designed well, but had a manufacturing defect (porosity) that was not accounted for. Without seeing the changes, I'm speculating that the change is to correct a manufacturing error.”

“That Brembo! Cheaping out on materials on big-buck brakes is ridiculous!” Several people I’ve talked to casually blurted out some variant of that statement. There’s this belief that plastic is automatically inferior to metal in all cases. Here’s the thing: there are way too many factors at stake to say something like that without extensive knowledge of the application. Furthermore, metal has its own set of problems. I spoke with another good friend, Andy Toback, who is a chemical engineer.

“PPS is chemically resistant to all the components in brake fluid — that’s probably one of the reasons it was chosen instead of metal," he told me. "Porosity could allow other molecules to pass through it, which wouldn't be a desirable attribute for a hydraulic brake component. There are a few steps in the process where changes in the molecular structure could potentially occur.”

Remember the concept of anisotropy mentioned above? Evan explained how that comes into play: “Plastics are essentially long carbon chains that have weak bonds connecting one chain to the next. Aligning those chains can either be an advantage or disadvantage, depending on the application. Maximum tensile strength of a plastic part will be highest when the polymers are oriented in the direction of the load, and lower when the polymers are oriented perpendicular to the load, all else being equal. Think of a plastic shopping bag, for example, which is made with a process that tends to align these carbon chains in one direction (vertical when you're holding the bag full of groceries). Pull the material in that direction and you'll notice it has a lot of strength. Pull in a direction perpendicular to the orientation of the polymer chains, and you'll see that it stretches more and separates fairly easily. The major difference here is that injection molded parts have a good amount of mixing going on as the mold fills, but you will still see some anisotropy, depending on the part design, gating location, and some other factors.

“I think the move to aluminum is a conservative one, but smart given that the alternative could require reworking the mold and validating that any porosity issues are fixed for good. I cannot speculate on how well the original part was designed, but my guess is that they did their homework and the failures we're seeing are the result of an unexpected manufacturing defect.”

I’ll inject my own opinion at this juncture, because I am confident I’ve worked on more motorcycles than these two guys combined, and field observations can count for something. (And I’ve also gleefully harped on Andy before about the sorry state of his brake caliper rebuilds on some of his antique machinery.) An aluminum piston in an aluminum bore, lubricated by a hygroscopic fluid, is a recipe for problems, albeit totally different ones. Hygroscopic fluids are hydrophilic; they pull moisture to themselves, even from the ambient air. The rough white oxide that forms on unprotected aluminum is the same industrial abrasive on sandpaper. It jams things up and causes pistons to freeze in their bores.

A sufficiently strong polymer cylinder should be as resistant to deflection as an aluminum one, and should provide longer service life, even if the service intervals are neglected. (Score one for the engineer who designed for usage outside the normal operating envelope!) I also am a bit sanguine about this recall for two reasons. First, there have been no reported problems in the United States just yet with these master cylinders, at the time of writing. Secondly, the factors mentioned in the NHTSA report that are causing issues are either very heavy use, or potentially misuse: race track use, heavy ABS intervention, and drops (!) are all skewed toward the “very hard use” end of the spectrum. Note that parts must have wide safety margins built in before failure occurs. I’m certainly not downplaying the critical nature of brakes, but that should help allay some fears; it’s not like these are breaking while just sitting on the showroom floor.

Finally, but not unimportantly, it was likely far more affordable to use PPS pistons (as opposed to aluminum) right off the bat, which would have made the bean counters happy, so cost-cutting could have been an issue in the choice of material. It’s really a shame that something as trivial as what was likely excess air during the molding process is going to cost so much money, time, and aggravation for motorcyclists, mechanics, and manufacturers.

It’s safe to say all three of us, despite our background differences, agree that the execution rather than the material is the likely culprit, assuming the engineering was sound. This is a mission-critical safety item, but it also appears to be a relatively benign mistake. A faulty component with a low rate of failure seems somewhat reasonable — but how would we feel if there was a loss of human life or serious injury to one or even multiple motorcyclists? It's food for thought.

This recall really highlights a lot of important aspects. One parts supplier really can have an effect upon many different manufacturers and a wide variety of machinery, and affect a large portion of the industry. (I found it slightly reminiscent of the much larger Takata airbag debacle that rocked the automotive world.) Similarly, this recall serves as a good reminder that motorcycles are complex machines with a huge number of interconnected systems. Most importantly, this recall helps understand the huge amount of factors like cost, maintenance, weight, intended use, and unintended use — among other things — that go into the design, engineering, manufacture, use, and upkeep of even the most humble parts on a motorcycle. (There are likely a lot of other factors, too, that Brembo won’t be commenting on that I’ve completely ignored here.)

If you have a PR16 on your bike, keep your eyes peeled for recall info and obviously don’t ride it (or be very mindful of your safety if you choose to). All of us should take a minute to appreciate all the thought that goes into our machines — because while small failures like this do occasionally happen, most motorcycles are a testament to human ingenuity and a monument to the triumph of man, materials, and machining. 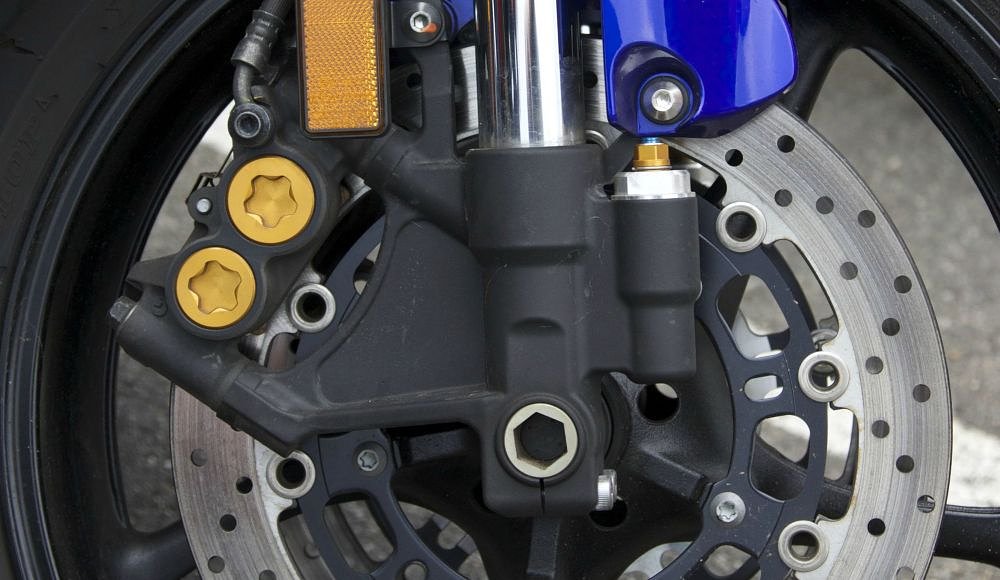 What are radial brakes and why do modern sportbikes have them? Lemmy