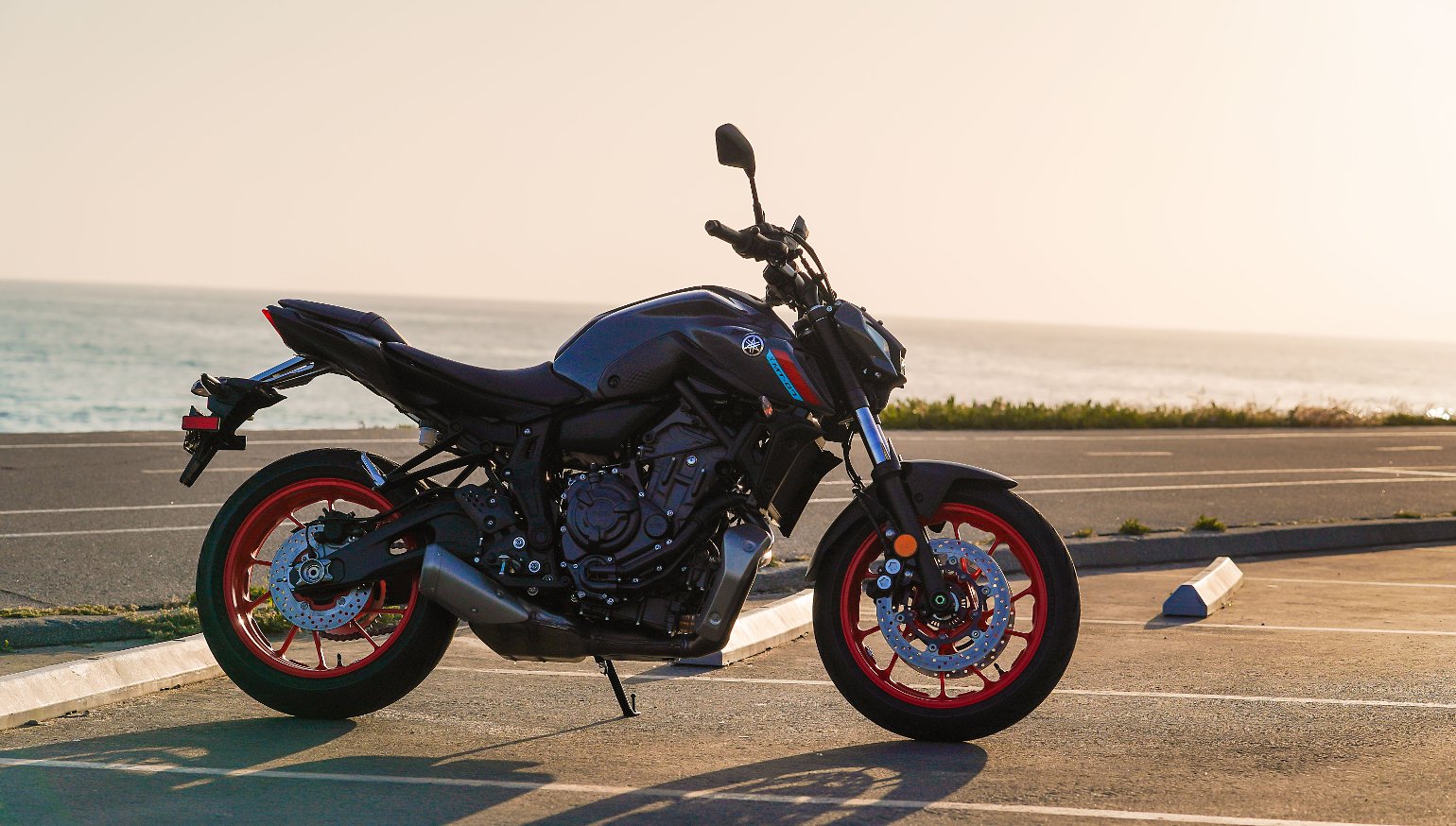 For nearly seven years now, the MT-07 has been touted as the middleweight naked class leader. However, 2021 marks a year of some serious competition to that stranglehold with the entry of the Triumph Trident and my question is this: Has Yamaha rested on its laurels for too long?

In our first look article, we examined what was new for the 2021 MT-07 and, truth be told, it doesn’t seem like a whole lot. The necessary changes to meet Euro 5 emissions standards, larger front brake discs, Michelin Road 5 tires, and the updated body styling that the MT-07 has been long overdue for would be the short summary. Perhaps in the past these mild updates would be sufficient enough to keep the MT-07 top of class, but those days are over. So where does the 2021 MT-07 stack up now?

If looks could kill

It is a bit shocking to consider that the MT-07 was the last model in the MT line-up to finally receive its styling update, though the new aesthetic has not been welcomed among some core enthusiasts. The LED headlight assembly shoulders much of the criticism. Harnessing the design language of the most sinister robots in recent pop culture, the MT-07 does give off some brooding vibes, but I find it to be fitting with the aggressive stance and context of this naked bike. The MT-07 still sets the bar for edginess and curb appeal that most shoppers are looking for in this category, transformer face and all.

Settling into the cockpit, I see some noteworthy adaptations. The dash has been updated to a negative LCD instrument that has a black background and white readouts that are big, bold and very effective when quickly glancing down during the ride. The tapered handlebar is now wider and situated higher (32 mm wider and 19 mm higher, to be exact). I measure in at five feet, four inches tall with a 31-inch inseam, so the MT-07’s 31.7-inch seat height meant I could comfortably handle stops on the balls of my feet.

In terms of general riding ergonomics, I would say the MT-07 is a standard setup with a sporty essence — slightly more bend in the knees with a neutral footpeg orientation, and some stretch across the massive gas tank to the wide handlebar creates just a touch of crouching in the upright position. Some of my taller colleagues hopped in the saddle and reported that leg room was slightly cramped, but other than that the MT-07 was a comfortable ride.

A pain point for me is the placement of the ignition key. Situated on the top of the headlight assembly, it is far out of reach and not even viewable while sitting on the bike itself. This ignition location is problematic in many ways. It is much easier to forget the key in the bike (out of sight, out of mind), if you have a keychain on your bike key it will wreak havoc on the headlight assembly, and I am a bit perplexed as to how you could reach the ignition at all if you add a windscreen.

A motor with attitude

It is arguable that the MT-07 has the most motor character of any bike in the naked middleweight segment. The CP2 cross-plane configuration delivers on the torquey promise of the MT nomenclature. Though decent down low, the CP2 motor's strength truly lies in the midrange. Once you get into the meat of that powerband, the MT really pulls and “accidental” wheelies may occur (or deliberate ones, if your last name happens to be Courts).

The vibrations and sound of the CP2 motor are lively and keep the ride fun, though I did begin to experience some numbing sensations in the footpegs when cruising at 6,000 rpm for longer lengths of time. While the 689 cc motor can happily gobble up the freeway miles, the lack of any wind protection or aerodynamics makes it feel more like a chore than a pleasure. As has been long documented over the years, the MT-07 performs its best for city street hooliganism. What happens when the MT-07 heads out of town for some serious canyon carving? It’s time we had that talk about suspension.

As far back as I can scroll the reviews on the FZ and MT line have always been the same — great motor, but lackluster suspension. Seeing as how Yamaha has claimed no changes to the KYB front fork and rear shock for the 2021 model, it should not be a huge surprise that the suspension continues to underwhelm. When I released the brakes heading into a tight corner, the MT would rebound hard, unsettling the chassis and my nerves as I was negotiating the corner. In mid-corner, the suspension was easily upset by any minor divot on the road, each bump resulting in a bounce that was very disruptive to holding the line. Then, finally on corner exit, rolling on the throttle would produce yet again another wallowing rebound. The best way to sum this up is that it felt like I was riding on a raw spring, with no manner of damping at all and the power of the MT-07 motor would flex through the thin fork legs, adding another dimension of woe to the troublesome suspension setup.

It’s entirely possible that the new enlarged 298 mm front brakes and aggressive, wider handlebar may exacerbate this problem, as more precise inputs with the same old suspension can amplify the underlying damping issue. In the long fast sweepers, the MT-07 suspension displayed a bit more competency but was not particularly impressive. The long and short of it is that suspension setup has been reported as an issue on this bike for several iterations and in 2021 it still has not been properly remedied.

The MT-07 still looks and behaves like the street fighter that it was always meant to be. It remains true to its stripped-down heritage and is not encumbered by traction control, riding maps, and other electronic widgets. It is raw, unpolished and uncouth and those are some of the reasons why it has such a fan base in the first place.

All that said, to be brutally honest the suspension is inexcusably bad — a fatal flaw even. While the MT-07 has relied on its unique motor character in the category to keep it ahead of the pack, the Triumph Trident now enters the game with the excitement of a triple configuration and a more sophisticated approach to fit, finish, and performance.

To answer the initial question posed, has Yamaha rested on the MT laurels for too long? The answer is a definitive yes.

A wise mentor once told me that you are only as good as your competition. For Yamaha, I would say that this is their opportunity to rise to the occasion and meet head on the challenge that Triumph has presented. Shots have been fired, and the time of reckoning is now. 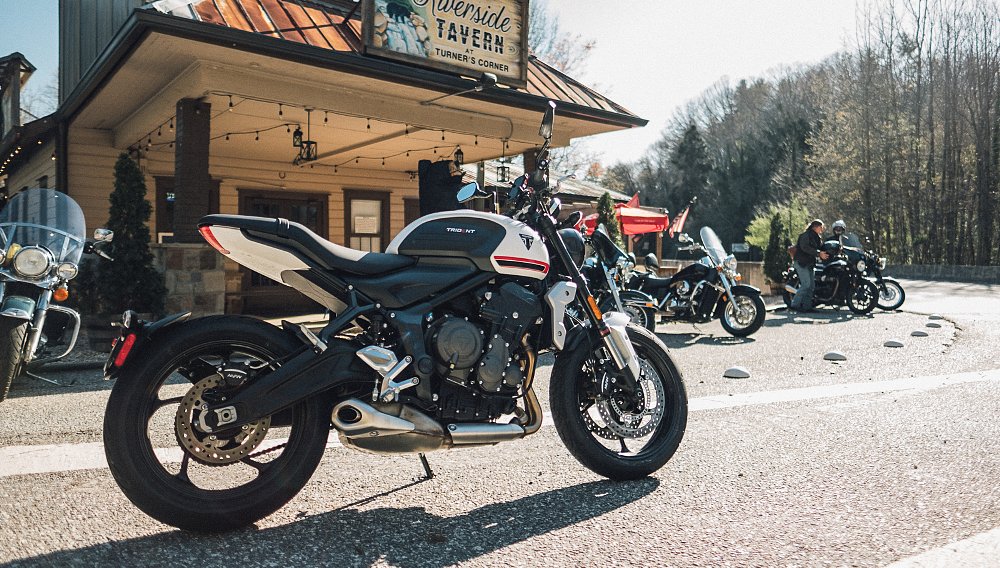 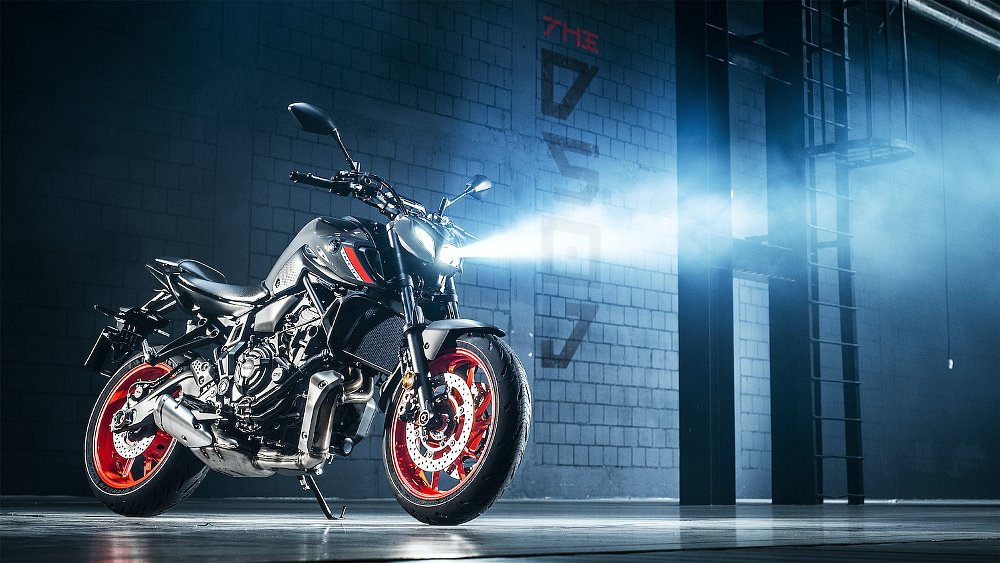 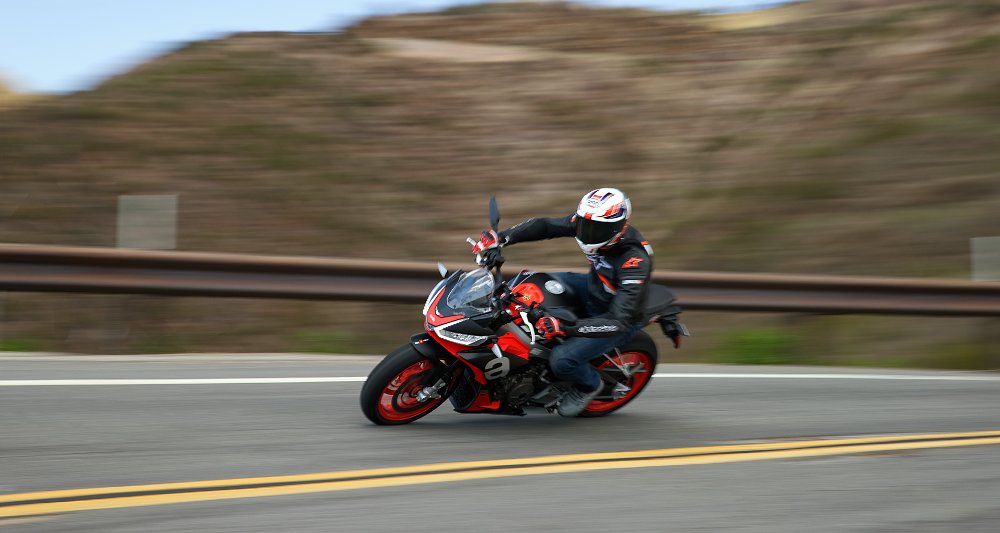