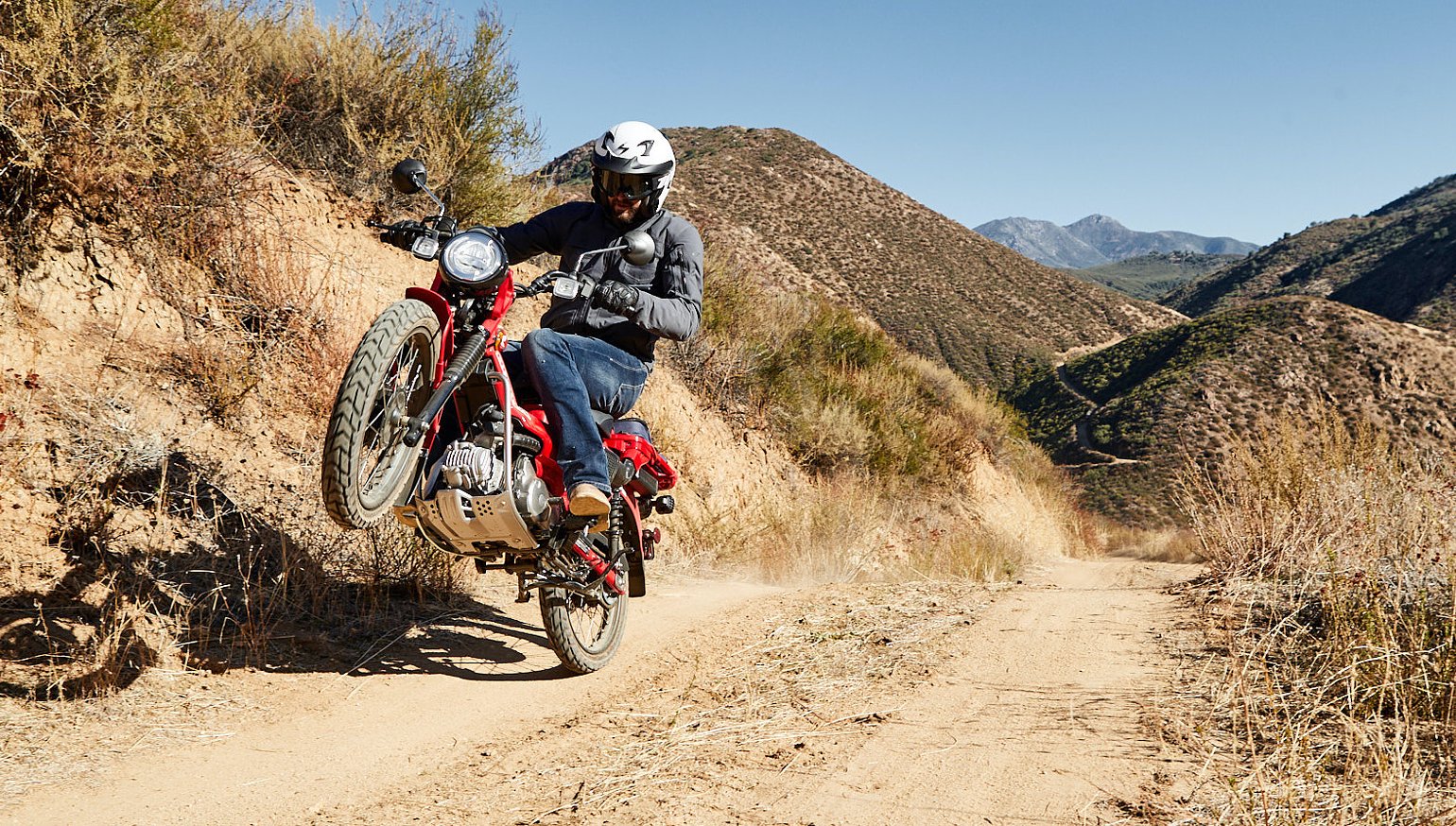 The phrase “highly anticipated” gets thrown around a lot in the motorcycle world, usually for bikes that are expensive, or fast, or otherwise a bad idea to own. That being the case, I think it’s an early sign of something special that most of us in the two-wheel world are excited about this eight-horsepower, 3,900-dollar, Honda Trail 125.

This bike’s slow unveiling, first as a production model and eventually as one that would make it to our shores, was covered in great detail by our own Andy Greaser. He was the first choice to cover this launch, in fact. My second fiddle only made it to the first chair because the event took place just a few hours down the road from my house in Southern California. Better lucky than good, in my case, but fortunately for you I was able to pour plenty of Greaser’s questions and insight into this piece.

Mercifully, the Honda Trail 125 is one of those rare slices of new, hot metal that doesn’t require a 120-page PowerPoint deck to explain. It uses the same air-cooled 125 cc engine as the other members of Honda’s 2020 miniMOTO family, the Super Cub, Grom and Monkey. It also shares the basic frame structure with the Super Cub, as well as the transmission — that’s a four-speed gearbox with an automatic clutch and neutral at the bottom. Twist the grip to go, pull and press the brakes to stop, shift if you want to, or don’t. Simple transportation was and is the idea, whether you’re delivering noodles in a city or toting rations to a campsite.

It’s a little hard to draw the line between aesthetic do-dads that have been added for sentimental reasons and truly functional changes from the Super Cub, but here are the big-ticket items: A snorkel that runs all the way from the intake to just behind the seat, little crash bars around the engine, a burly luggage rack, a half-inch more travel in the fork, a key instead of a fob, wire-spoke 17-inch wheels with tubed tires, a high-mount exhaust, 0.4 extra gallons of fuel, a disc rear brake, and three more teeth on the rear sprocket for shorter overall gearing. Obviously, the bodywork and lights are different, too, as is the handlebar. Practically, all of the tweaks mean the Trail 125 has a half-inch longer wheelbase, 1.1 inches of additional ground clearance (6.5 inches total), and a seat that rides 0.8 inches higher.

All of that contributes to the Trail 125 looking like a rugged, off-road version of the Cub, which of course is exactly how it came to be in the first place. Those with an eye on history might know the story of Herb Uhl, a dealer in Idaho who in 1960 started modifying the urban-oriented Honda 50 with different sprockets and knobby tires to appeal to rural buyers who wanted to use the machine in the woods instead of the city. American Honda liked it, and by the following spring Honda had the CA100T Trail 50 ready to offer dealers all over the United States. To say that it was successful would be an understatement: Another commonly cited fact is that the Cub and its iterations (Trail included) are responsible for more global sales than any other model of motorbike in the history of the world.

This 2021 version of the Trail is modeled after the CT110 from the early 1980s, with its bright red frame and prominent luggage rack. This bike will have its critics, as each one does, but I think Honda pretty much nailed the look. The perforated heat guard over the pipe doesn’t quite match the slotted motif of the old bike, and of course there are remnants of emissions technology poking out here and there. In general, though, it’s just as handsome in person as it is in photos. Heck there’s even a kick starter. I also appreciate that it’s substantial. This Trail 125 doesn’t feel plasticky or thin. It feels more like you could roll it end over end down a rocky hillside, then simply dust it off and keep riding. If I had to measure how much sturdier it feels than the Super Cub, I’d say the spec sheet tells the story. About 20 pounds tougher.

Firing up the Trail 125 delivers the same gentle pitter patter from the pipe as we’re used to from the Grom/Monkey/C125 powertrain. A heavy flywheel effect and a general demeanor of the tortoise, not the hare. My first impression of the seat is that it’s not as comfy as the Super Cub perch. Like the rest of the bike, the saddle is just a little chunkier and stiffer. Still, as a whole the riding position is easy to take, with lots of room for riders of virtually any size. The engine and transmission are a treat, too. Click the bike up into first gear and add throttle until the centrifugal clutch engages. Just like a scooter, except when one gear revs out, simply roll off the throttle as you pull up on the shift lever for the next gear. A slightly different but still rewarding satisfaction of shifting without the consequence of stalling at low speed.

The first part of the ride was along meandering two-lane pavement. Maximum legal speed: 55 miles per hour. According to the dash I was technically able to break the speed limit, but only just. About 50-55 mph is a comfortable cruising speed for the Trail 125 and also essentially the maximum velocity that it would carry my 190-pound self on a flat stretch of road. It will lose 10 mph as soon as it sees a hill. Then again, there’s the joy of timing shifts just right and tucking in for a run up a steep grade. Little bikes are fun, as long as you know where to look. There’s also no question that if you’re on a ride with anyone who has more than 12 horsepower on tap they’re going to be waiting for you. On the open road, anyway.

Peeling off the asphalt onto narrower and bumpier gravel roads, the bike came into its own. The suspension is probably what you’d expect; soft (certainly for a lump like me) and not especially refined, but damned good at taking a beating. Rattling the Trail 125 over sections of washboard and potholes for half a day, I could almost hear the pedigree of the bike laughing at the bumps. This is all you’ve got? If there aren’t hundreds of pounds of livestock dangling off the back in a monsoon, what’s the problem? Eventually, I did bottom out the suspension and make the Trail 125 feel like a 260-pound hunk of steel with only a few inches of suspension travel, but it took some fairly egregious behavior on my part.

As always, expectations are key. It’s not a serious off-road machine, or a serious on-road machine. It’s not really serious at all, come to think of it, with the exception of a few circumstances. Some of these Trail 125s will end up on huge ranches, where folks need a reliable machine to maintain miles of fence lines and an ATV or UTV won’t fit. For the most part these bikes will be dangling off the back of RVs as a runabout or tucked into a garage for days when the owner doesn’t have to get anywhere in a hurry. Nothing wrong with that, I say.

This is the part where I usually list complaints, and even for this little pail of nostalgic bliss there are a few. My only real objection with the ergonomics is that the right heel of my size 11 boot kept hitting the kick starter. A friendly Honda staffer loaned a 10 mm wrench to pull the pinch bolt and roll the lever back a couple of teeth on the spline. Problem solved, but a weird oversight, especially from Honda. Speaking of ergonomics, I do wish there was a passenger seat. The other standout bummer is the dim LCD dash. It doesn’t display much info, which almost makes it more frustrating that the numbers are hard to see in bright sunlight. I couldn’t help but think an analog speedo and a barrel-type trip meter would be fitting.

Then there’s maybe the most common complaint, the lack of dual-range transmission, which was one of the old bike’s favorite party tricks. To my eye — a shameful urbanite, I know — the time of small motorcycles dragging logs and 10-point bucks out of the woods has passed. I’m guessing most of the disappointment stems from enthusiasts wanting this new Trail to mirror the original more accurately, and to verifiably carry the torch of the oddball motorbike. The same goes for a folding handlebar. I can understand wanting every last detail to be present, I just don’t know if Honda deserves to be filleted for leaving them out.

I’m much more upset about the lack of a pillion perch, considering everyone and their uncle knows the Trail 125 could haul two people. The same goes for the miniMOTO siblings. I still can't believe that the Grom is the only one made to carry two people. No date night available on a Super Cub? It’s like no hot dogs for sale at a baseball game. Sacrilege. The aftermarket has stepped in to a certain extent, as we can assume it will with the new Trail.

At the end of the trail

As is tradition on media launches for new bikes, I didn’t ride the Trail 125 anywhere it didn’t belong. The farthest I got from the confines of the guided ride was going to the gas station at the end of the day so that I could calculate miles per gallon (the number was 106, incidentally, so figure 150 miles of range). I only say this to reiterate that there are plenty of situations where a Trail 125 doesn’t make sense. If you’re after a tried-and-true trail bike it’d be hard to argue against something like a Yamaha TW200, which offers 60 percent more engine displacement and suspension travel for 20 percent more money at MSRP, plus a seat that’s plenty low and a good used market. Just remember you’ll need two hands to ride it. Another alternative to the Trail would be a conventional scooter — one-hand operation with underseat storage and potentially a higher top speed — which might be the ticket for urban environs.

The new Trail 125 isn’t quite as utilitarian as the original, or as light, or as cheap. It’s not a perfect reincarnation of yesteryear’s Trail models, with everything we liked and nothing we didn’t. That seemed inevitable to me. It’s a different world. It is, however, a well-built machine, full to the brim with old-school good looks and charm, with modern touches and supreme ease of use. In some ways it’s an example of what Honda does best — one of the easiest bikes for any person to learn to ride and at the same time most likely to make a crusty veteran motorcyclist smile like it’s their first day twisting a throttle. Which is why preorders at some dealers are 50 units deep, and I’m still excited to ride one even though I can’t take anyone with me. 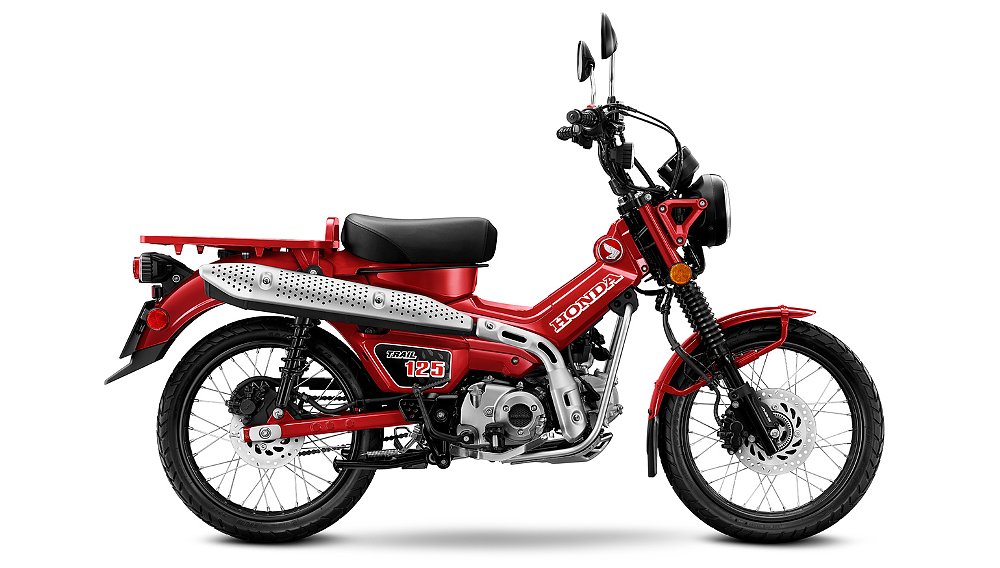 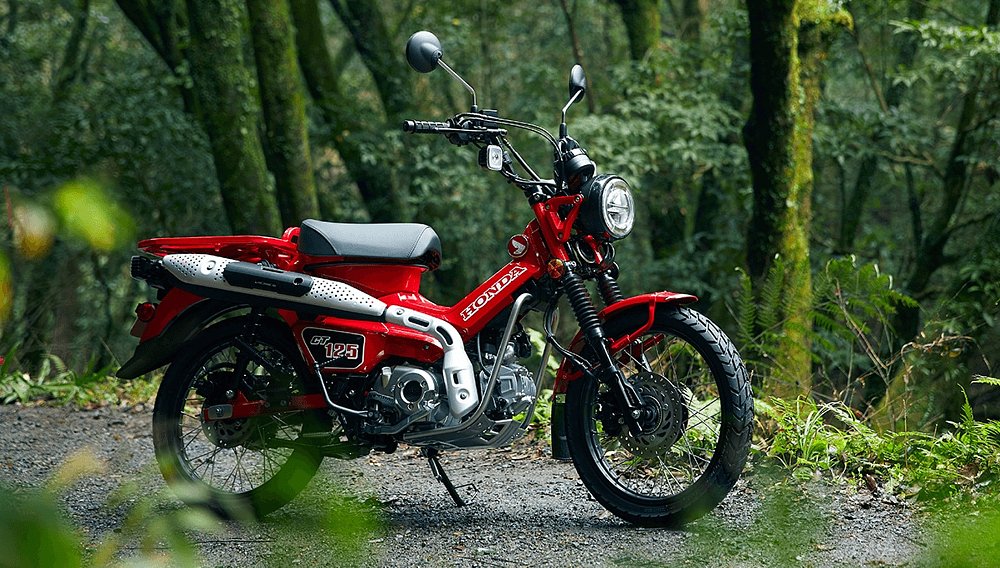 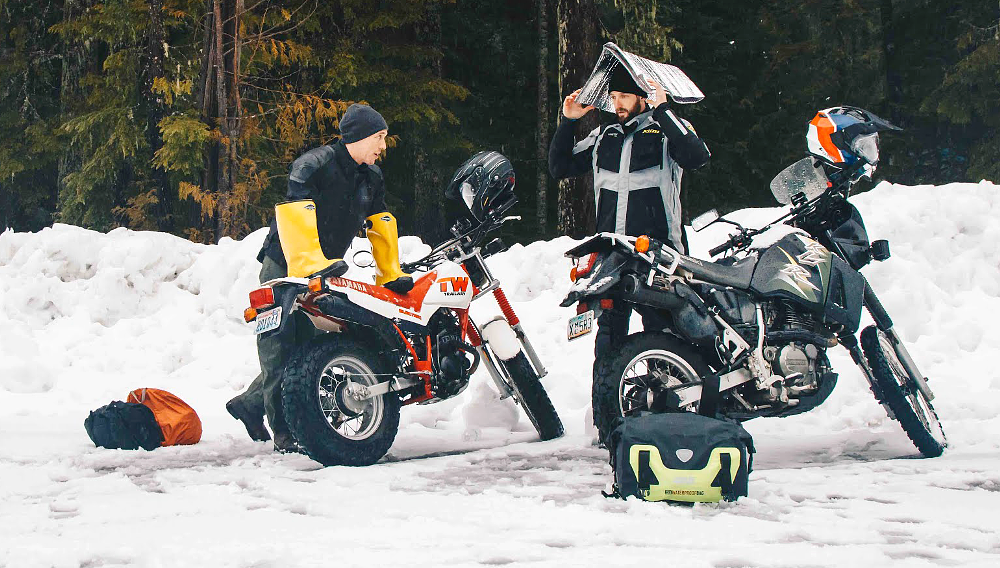