Not all 600 cc supersports are created equal. In the case of the 2014 Kawasaki ZX-6R, that’s true both literally and figuratively.

Regardless of whether you consider the 37 extra ccs of engine displacement found in the Kawasaki ZX-6R cheating or brilliant engineering and marketing, the change it brings is undeniable. I’ve spent the better part of the last month living with one, and Kawi may have just recruited me to Team Green.

To help you best put that power down, on both the track and road, Kawasaki has included a three-level traction control system. KTRC level 1 is designed as a slight safety net for track riding and still allows for some wheel spin. Level 2 bumps that up a bit, controlling wheelspin without much noticeable chop to the throttle, while KTRC 3 comes down on you hard. I spent the bulk of my time in KTRC 1, which gave me confidence to push the throttle more than I might normally. KTRC 2 found me trying to find ways to engage it by grabbing handfuls of throttle, such as when as I hit slippery surfaces, and it felt like it would be a great mode for those times you get caught in rainy or slippery conditions. Level 3… well, I don’t really know why you would need that, unless you bought one of these beasts the same day you got your license — not something I recommend.

The ZX-6R also has two power modes, full and low. Full is as you would expect, while low limits the throttle response to 80 percent above 7,000 rpm. Again, this is another nice setting for newer riders (cringe) and those times when things get slippery.

Chassis geometry has been tightened slightly from the previous version, which sharpens the steering a bit. I found the ZX-6R incredibly stable, but appreciated its maneuverability when navigating rush-hour traffic.

Suspension is provided by a 41 mm Showa BF-SFF fork, which separates spring pre-load on one fork leg and compression and rebound damping on the other. Conveniently, the adjustment points are all located at the top of the tubes, though I didn’t find the need to tinker with them. The rear is a bottom-link, Uni-Trak, gas-charged shock that has a top-out spring and pillow ball upper mount, dual-range (high/low-speed) stepless compression damping, 25-way adjustable rebound damping, and is fully adjustable for spring preload. At the stock settings, the ZX-6R is on the soft side, which I found perfect for mellowing some harsh city streets without negatively impacting handling.

Braking is handled by dual 310 mm petal rotors with radially-mounted, four-piston monobloc calipers up front, and a single 220 mm petal-type rotor squeezed by a single-piston caliper at the rear.

I’ve had the ZX-6R for about a month now and have used it as my primary mode of transport, as well as canyon toy, at just about every chance I got.

As much as we like to think we use sportbikes as the specialized tools they are, riding all-out on the track or enjoying curvy roads on a perfect, sunny day, most of us spend most of our time on them getting around town, riding to work and back, meeting up with friends or taking care of errands. One of the things I came to appreciate about the ZX-6R almost immediately was that the seat actually contained padding, and that the rear suspension felt much more plush than on most other sportbikes.

Whether I was dealing with the crazy rain grooves on L,A.’s freeways, potholes on Sunset or Hollywood Boulevards, or just the general ever-changing nature of city streets, I found myself often cringing as I rode over some obstacle, only to realize the impact wasn’t nearly as severe as I thought it would be.

The other main thing I noticed was that, while 37 ccs sounds like a relatively small number, its addition is greatly appreciated. The engine is incredibly smooth, pulling from as low as 2,000 rpm, even in sixth gear. It does get a little vibey just above the 8,000 rpm range, but pulls really strong up into the 14,000 rpm range. The fattened middle section of the powerband actually makes the ZX-6R feel more on par with the Suzuki GSX-R750 than the other 600 cc competitors. It has, on average, 5 more horsepower between 5,000-11,000 rpm than other 600s. This isn’t to say that any of the 600 cc class sportbikes are lacking in power — more that, in real-world riding scenarios, it’s a huge advantage not to have to pay such close attention to where you are in the rpm range. Give it gas anywhere in the powerband and the ZX-6R will get up and go.

You would think that all of this emphasis on making it a good street bike would have some negative effects when it came time to hit the twisties, but this wasn’t the case. I spent a few days both in the tighter stuff in Malibu as well as the faster Glendora Mountain Road. It’s the Showa suspension that really shines in the canyons, and I found it made the bike feel both very nimble, while also confidence-inspiring. Whether first- or second-gear switchbacks or super-fast sweepers, the ZX-6R felt like the perfect tool for job.

The brakes are definitely adequate and the ABS intervention is spot on (luckily I only had to experience this once). I tend to prefer brakes with more initial bite, and the Kawasaki's didn't give me quite the confidence that Ducati's might when lane splitting or fast riding on roads where animals are a concern. But they're definitely up to the job when you need them.

The engine is incredibly smooth and adds just enough extra power to separate the ZX-6R from the competition. With many similar sportbikes, you would need to drop a gear when cruising on the freeway to make a pass. On the Kawasaki, all it takes is a handful of throttle. That fattened middle means you can really focus on not hitting things like cars or potholes the size of craters, which I'm a fan of. Also: it's really, really fun.

The suspension manages to be both plush on city streets (compared to similar models) and still solid under enthusiastic riding conditions. It may seem odd to find around-town comfort such a high point for a sport bike, but that’s where most people ride them.

Aesthetically, the ZX-6R is a beautiful motorcycle. Even in the fairly obnoxious green of the one I had, I still found that I was attracted to it. The lines look absolutely beautiful.

Kawasaki put padding in the seat. If you say you don’t care about this, you’re a liar.

The headlight, while it looks cool, is basically worthless. High beams, low beams, none of it seems to help actually light the road in front of you while riding at night. The lamp on the GSX-Rs might be ugly, but when it comes to riding around at 80+ mph at night, I’d rather see where I am going than look cool.

Some will say that, with an extra 37 ccs of engine displacement, it’s no longer fair to compare the ZX-6R to the other 600 cc supersports. I happen to think that small change shouldn’t mean we start comparing it to the Suzuki GSX-R750 or Ducati 899 Panigale. It makes about 10-15 more horsepower than the other 600s and only 3 foot-pounds more torque. The Yamaha R6 is the most economical of the bunch at $10,990, but is the most uncomfortable and has the weakest bottom-to-mid-range power. The Suzuki GSX-R600 has an MSRP of $11,699 and offers a slightly more comfortable ergonomic package. It would be my favorite had the Kawasaki not seen a power bump. The Honda CBR600RR retails for $11,490 and offers Honda perfection, but comes with some Honda blandness as well. At $11,699, the ZX-6R is tied for the most expensive of the bunch.

“The new ZX-6R simply does everything better on the street, from a smoother ride to a much more enjoyable powerband. And yet once I got the opportunity to ride it at the racetrack, I found it doesn't give away everything there in exchange for that improved performance on the street.” — SportRider.com

“…the modest bump in engine capacity from 599 to 636 cc feels like all the difference in the world when you open the throttle.” — CycleWorld.com

“So much for that. The 636 feels every bit as strong in the midrange as the current GSX-R[750] — in part because the Suzuki is geared quite tall — and is just as easy to use as a result. With modern electronics and the latest suspension, the 636 is the real sporting deal, beating the current GSX-R with pure competence. That you don’t have to ride it like you’re mad at it is all the difference in the world.” — Motorcyclist.com

My current dream bike, at least for this week, is a ZX-6R with lowered pegs and upright bars. I just prefer riding upright bikes, but nearly everything else about the bike is pretty much perfect. I initially thought the size bump would be much more about one-upping the other brands on the spec sheet and never imagined it would have such real-world implications. This is one of those times when it’s fun to be wrong. 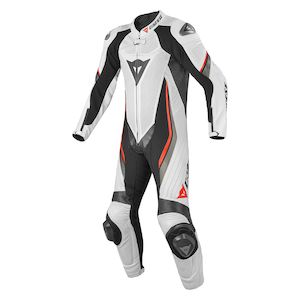 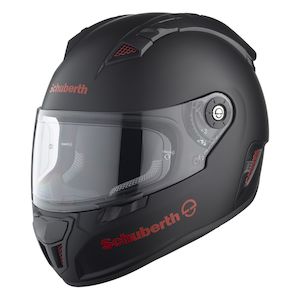 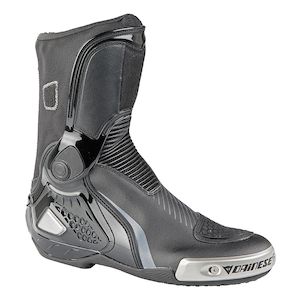