You can be notified upon their arrival by choosing the options you are interested in and then entering your email in the box below. Enter your email address below to be notified when this item is available.

Capture your ride in virtual reality with the VIRB 360. 2 spherical lenses, 4 mics and ultra high resolution allows you to fully relive any moment. Read More 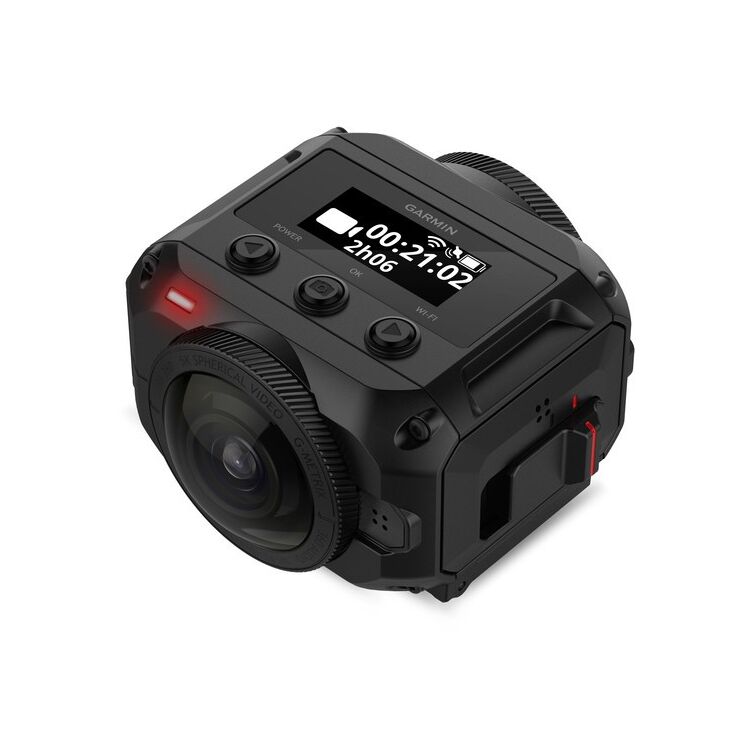 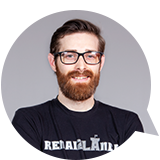 Item Condition: This item has been used for test purposes and may show slight signs of use. There may be minor cosmetic damage such as scuffs, scratches, stains, chips or dings. The original packaging may or may not be present.

Capture ALL of the ride with the VIRB 360. Opposing spherical cameras record all of the world around you while advanced Garmin processing software stitches the footage together for a totally immersive viewing experience.

Garmin offers 1-click video stabilization up to 4K resolution at 30 fps and allows you to instantly livestream any adventure. If it’s worth remembering, it’s worth a VIRB 360. This rugged, waterproof camera is true to its name, recording the full 360 degrees — horizontally and vertically. And you can forget about timely post-production work, because VIRB 360 will auto-stitch your 4K footage in camera. If you’re looking for higher resolution, you can record video in unstitched 5.7K resolution at 30fps. You can choose between different recording modes such as time lapse, manual and more. Even capture 360-degree photos, burst shots, time lapse and Travelapse photo capture up to 15 megapixels — stitched in camera. Combined with the 4 built-in microphones for 360-degree audio, you and your viewers will be totally immersed in the 360 experience.

Regardless of camera movement, the 4K spherical stabilization ensures a smooth video. Stabilize mode smooths quick movements and vibrations without overriding camera orientation. Use lock mode to secure the orientation of the camera in a specified direction. In follow mode, the orientation follows the GPS trajectory. Check out the video below to see the difference our advanced stabilization makes. Edit Videos and Livestream on the Go With the free, easy-to-use VIRB Mobile app and VIRB Edit desktop software, you can edit, stabilize, share and add data overlays to videos. Use the VIRB Mobile app to connect the camera to your Apple or Android device. Connect your NFC-enabled Android smartphone to the camera with just 1 tap of your phone on the camera. Then, use your smartphone as a remote control for the camera, see live 360-degree video of what you are recording, use a virtual reality (VR) device to instantly view your 360 videos in VR, or livestream to YouTube and Facebook.

Data overlays with G-Metrix Retell your story in greater detail than ever before. Built-in sensors, such as GPS and GLONASS, barometer, accelerometer and more, provide countless customizable G-Metrix data overlay options in 360-degree augmented reality. Just select templates of the data points you want, and see your custom data overlay displayed in your video. Other compatible Garmin sensors and devices pair with your VIRB to extend camera control and provide detailed, measurable data tailored to your activity.

Control the VIRB 360 with your voice: “OK Garmin, start recording.” It’s that easy. When you are about to speed down a rugged hillside, chances are you don’t want to reach up and press start. Now you can just use a voice command, and the camera will start and stop recording and take photos. Or ask VIRB 360 to “remember that” to tag specific moments in your adventure and quickly find them again later. This rugged camera is built to endure everything from a whitewater adventure to a child’s birthday party. VIRB 360 is waterproof to 10 meters, small and lightweight enough for any adventure, and it features strengthened glass lenses you can easily replace without tools. The sunlight-readable display shows battery, storage, mode and connectivity status. VIRB 360 can do it all. Watch 360 within the YouTube app on a mobile device or tablet. To view interactive 360 YouTube videos on a desktop, you’ll need Google Chrome, Mozilla Firefox or Microsoft Edge.

Note: Requires Garmin-approved UHS-I, Class U3 or higher microSD memory card (up to 128GB) for use (sold separately). See Garmin.com for additional info and the latest software.