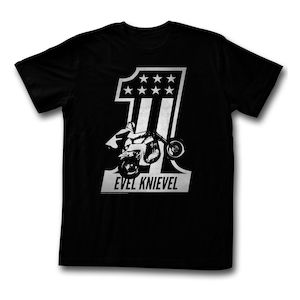 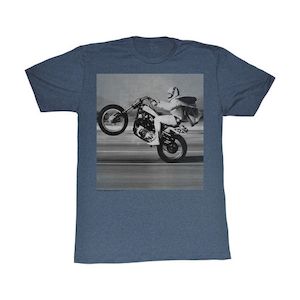 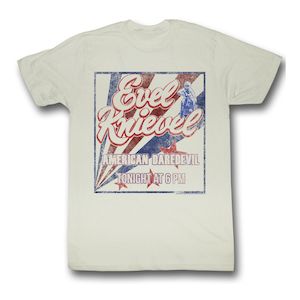 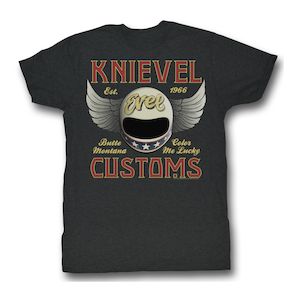 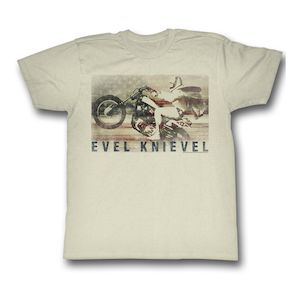 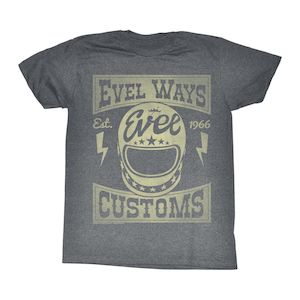 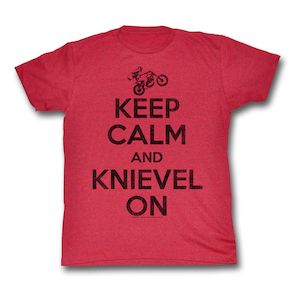 Evel Knievel Keep Calm T-Shirt
$25.00
3
1 of 1
Life and death. Good vs. Evel. The #1 bravest soldier mankind has ever put forth in the enduring battle with the ultimate adversary - death itself - is Robert "Evel" Knievel. From humble hooligan roots in Butte, Montana, where his troublemaking earned him his nickname, to worldwide renown for his unimaginable stunts and indomitable spirit, Evel Knievel is nothing less than an American icon. His bravado, showmanship and determination have secured his legend and put Evel in the record books - including the record for “most broken bones in a lifetime” with a whopping 433 individual fractures - once 40 breaks in a single crash at Caesar's Palace. Evel Knievel became the hero of an entire generation of Schwinn-riding, skinned-kneed American youths, and is indisputably one of the baddest dudes to ever throw a leg over a motorcycle. It is not that he was insane, had a death wish, or was immune to fear or pain - it was the fact that he was afraid, was mortal, and defied death anyway for the thrill. Any true motorcyclist can relate.